“Military Prosecutor Doberman” is a military court drama about two military prosecutors who chose the job for very different reasons but come together to fight evil in the military. Ahn Bo Hyun stars as Do Bae Man, an indifferent prosecutor who could not care less about his job and looks forward to taking off his uniform, and Jo Bo Ah stars as Cha Woo In, the only daughter of a chaebol family who chose the job out of revenge.

The video starts with Ahn Bo Hyun, Jo Bo Ah, Oh Yeon Soo, Kim Young Min, and Kim Woo Seok introducing their respective roles. Ahn Bo Hyun describes his character Do Bae Man as a strong character who becomes a military prosecutor for the money, but has a backstory. His description is interspersed with some behind-the-scenes footage, most notably of him practicing his poses in between takes. 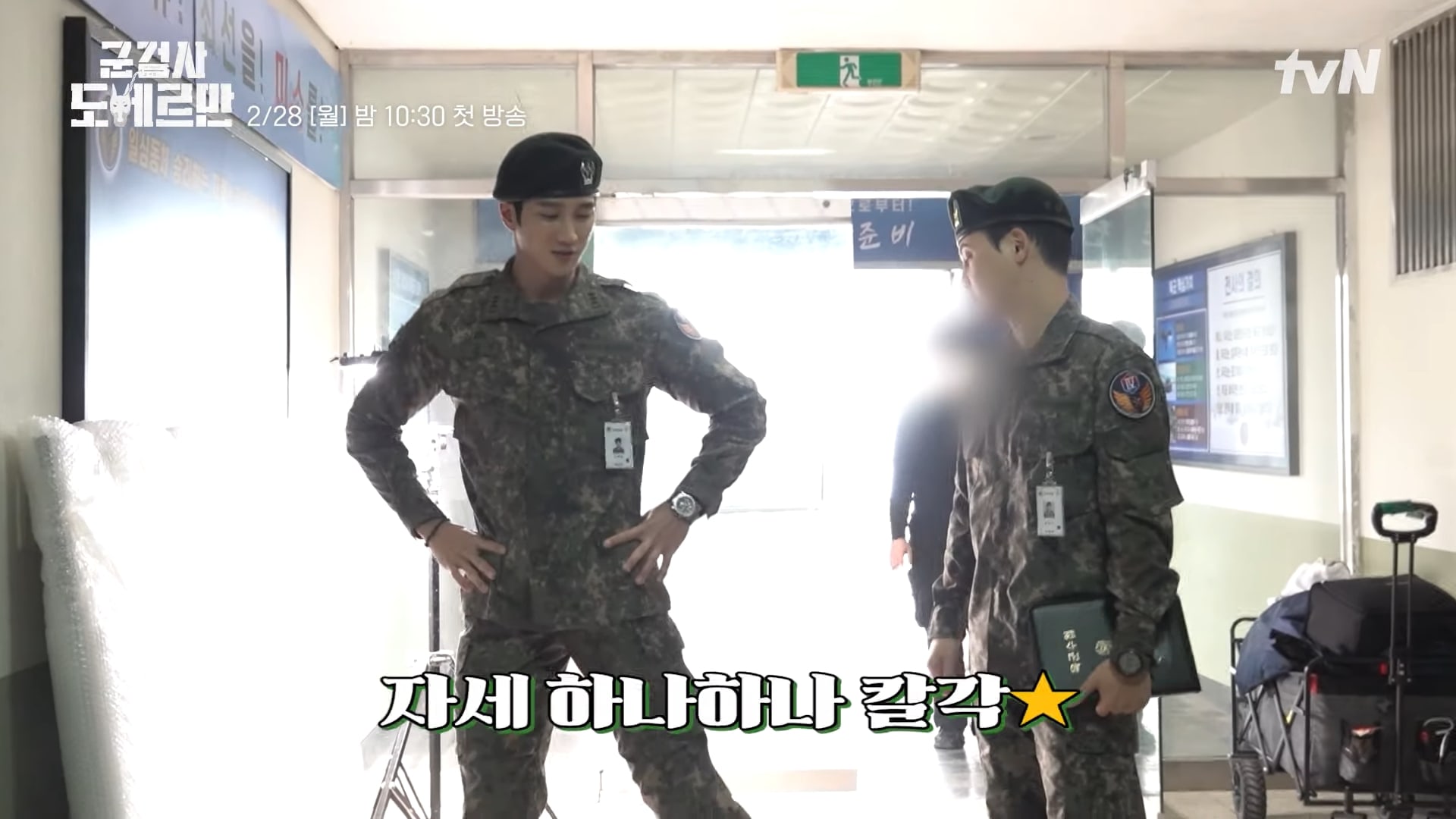 When Ahn Bo Hyun films with Jo Bo Ah, a staff member suggests he move to stand on her other side. He responds, “Usually the person with the higher rank stands on this side.” The staff member wittily responds, “But isn’t it better to stand on the side with your better angle?” Ahn Bo Hyun immediately gives in to the request, much to Jo Bo Ah’s amusement. She even says that her better angle is her left side, making her the perfect match for Ahn Bo Hyun.

Jo Bo Ah says that her character Cha Woo In is getting ready to take revenge on her painful past by joining the military. She describes her excitement for her role and how immersed in the environment she feels thanks to everyone around her wearing military uniforms. Oh Yeon Soo says that her role as Noh Hwa Young is a lonely one, but she is excited for the opportunity to show viewers a new side of herself. Although she acts stern and stoic during filming, she immediately breaks into a smile upon seeing the other cast members.

Kim Young Min introduces his character Yong Moon Goo as someone who packages his ambitions with a smile but also lays them out in plain sight. He gets along well with Ahn Bo Hyun as they laugh while finding a comedic tilt to their lines. When the sun goes down, Ahn Bo Hyun shares his earmuffs with Kim Young Min, who is amazed at how they can detach.

Kim Woo Seok says that his character Noh Tae Nam is the definition of haughty, but he actually has a sad story behind his attitude. While filming with the Doberman on set, he attempts to call the dog to his side. However, the dog has a mind of his own and runs off, which makes everyone laugh. Kim Woo Seok breaks into a smile as he tells the camera, “He’s just so cute.” 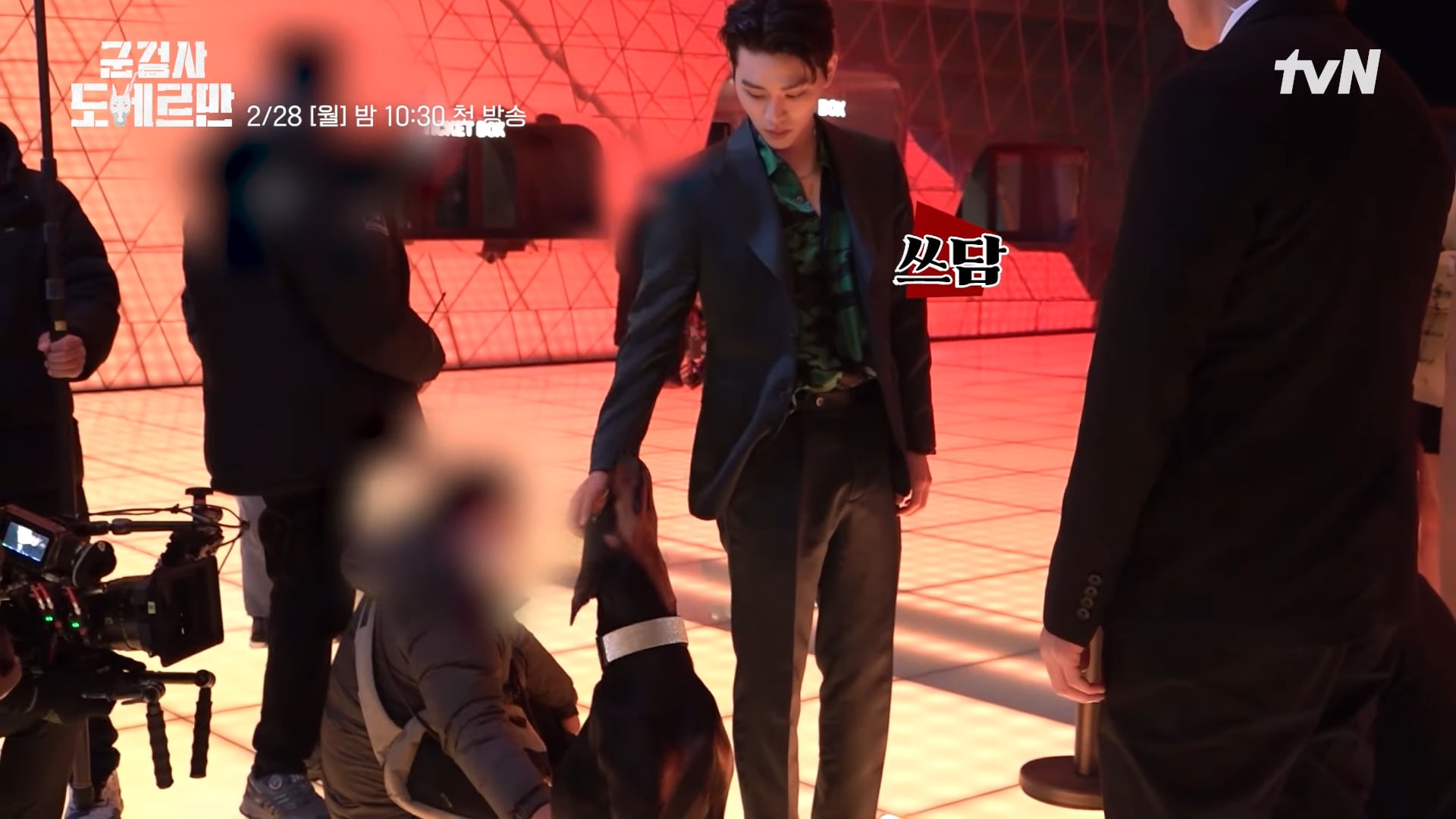 As his role requires a lot of focus, Kim Woo Seok says he hopes to have an enjoyable experience on set to help relieve the tension. He certainly needs no help from the other cast members as he dances in between scenes, revealing his playful nature.

The video wraps up as the main cast members talk about their great teamwork and all the hard work they put into filming, and they ask for plenty of interest in the drama.

Watch the making-of video below!