“Thirty-Nine” Star Yeon Woo Jin On Past Failures In His Love Life + How He Practiced Kissing For Romance Dramas : Entertainment Daily

Yeon Woo Jin got honest about his love life on the latest episode of “My Little Old Boy”!

On the February 28 broadcast of the SBS reality show, the actor made a guest appearance as a special MC. After introducing him as Son Ye Jin‘s love interest in the new drama “Thirty-Nine,” the hosts asked the star about his dating style in real life.

When asked whether he was the type to make the first move when he liked someone, Yeon Woo Jin replied, “I think I’m the type to not make a move. I’m not good at confessing my feelings.”

He went on to recall, “There was one time when a woman I liked contacted me first. She asked me what I was doing that weekend, and I thought, ‘Oh! This is an opportunity. I should express my feelings today.’ So I went to meet her, and she told me that there was someone she liked. She wanted to ask me first what I thought of him.”

As the hosts and the panel of celebrity moms expressed their sympathy, he continued with a laugh, “So I badmouthed him a lot and told her, ‘He’s no good. I don’t think you should go for that kind of guy. Don’t date him.’ And then I drank a lot of alcohol later that day.”

Yeon Woo Jin also revealed that age didn’t matter to him when choosing a partner, commenting, “I really feel that way. I think I’ve dated in the past without caring about age differences.” 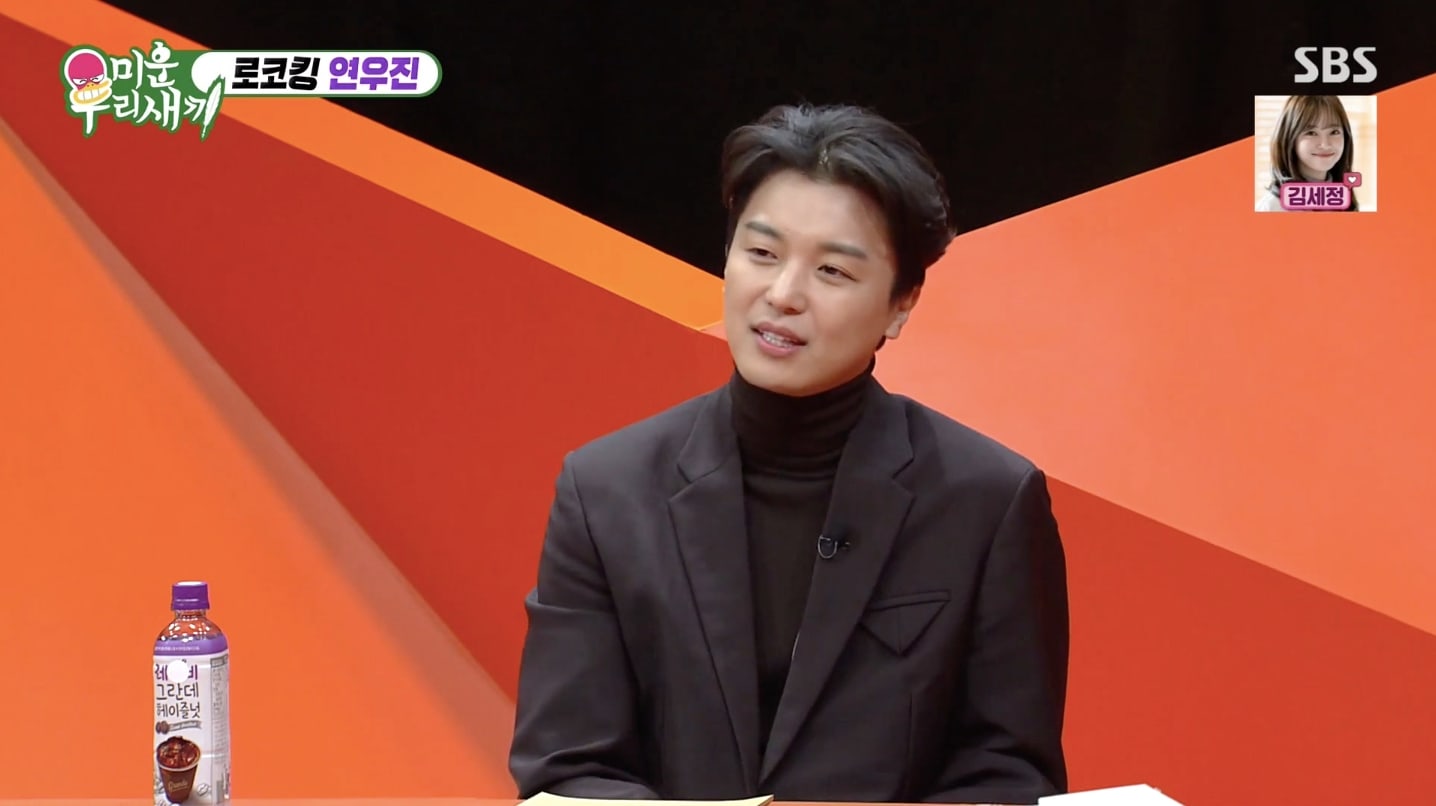 When the hosts asked Yeon Woo Jin if he’d been popular with girls in grade school, the actor answered, “No, I wasn’t popular at all,” before sharing a painful memory from his high school days.

“One of the only places I was able to occasionally meet girls was at my after-school academy,” he explained. “One day, I got to class early and because I wasn’t feeling well, I was lying face-down on my desk [with my head hidden in my arms]. Then a bunch of girls came in giggling and started talking about me… because I was lying face-down [and they couldn’t see me], they started saying how they thought I was short and unattractive right in front of me.”

“I was so embarrassed that I couldn’t lift my head up,” continued Yeon Woo Jin. “So I kept my head in my arms right up until class started. I didn’t want them to see me. I think I became traumatized then, and that’s why I have a hard time confessing my feelings first. But I really wasn’t popular at all.” 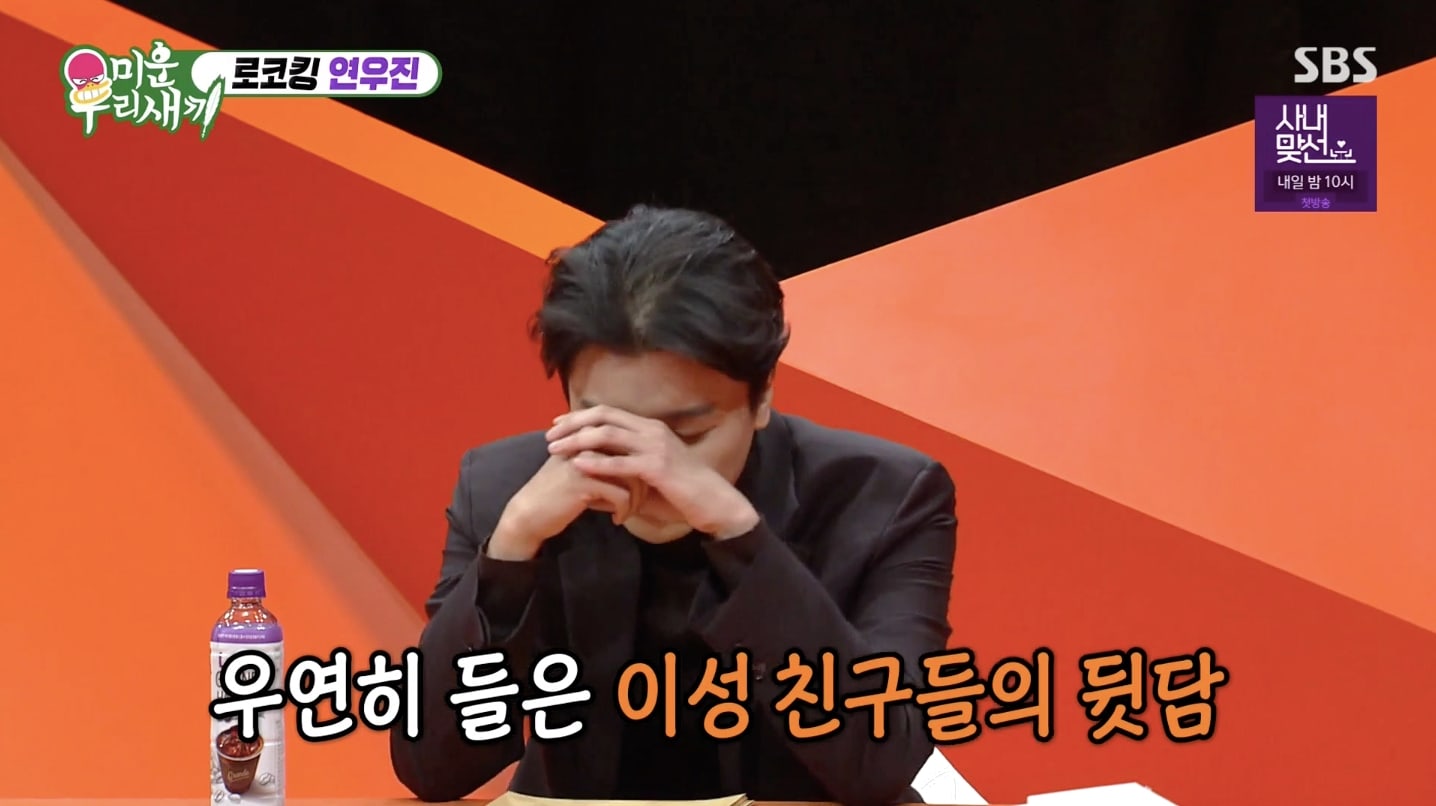 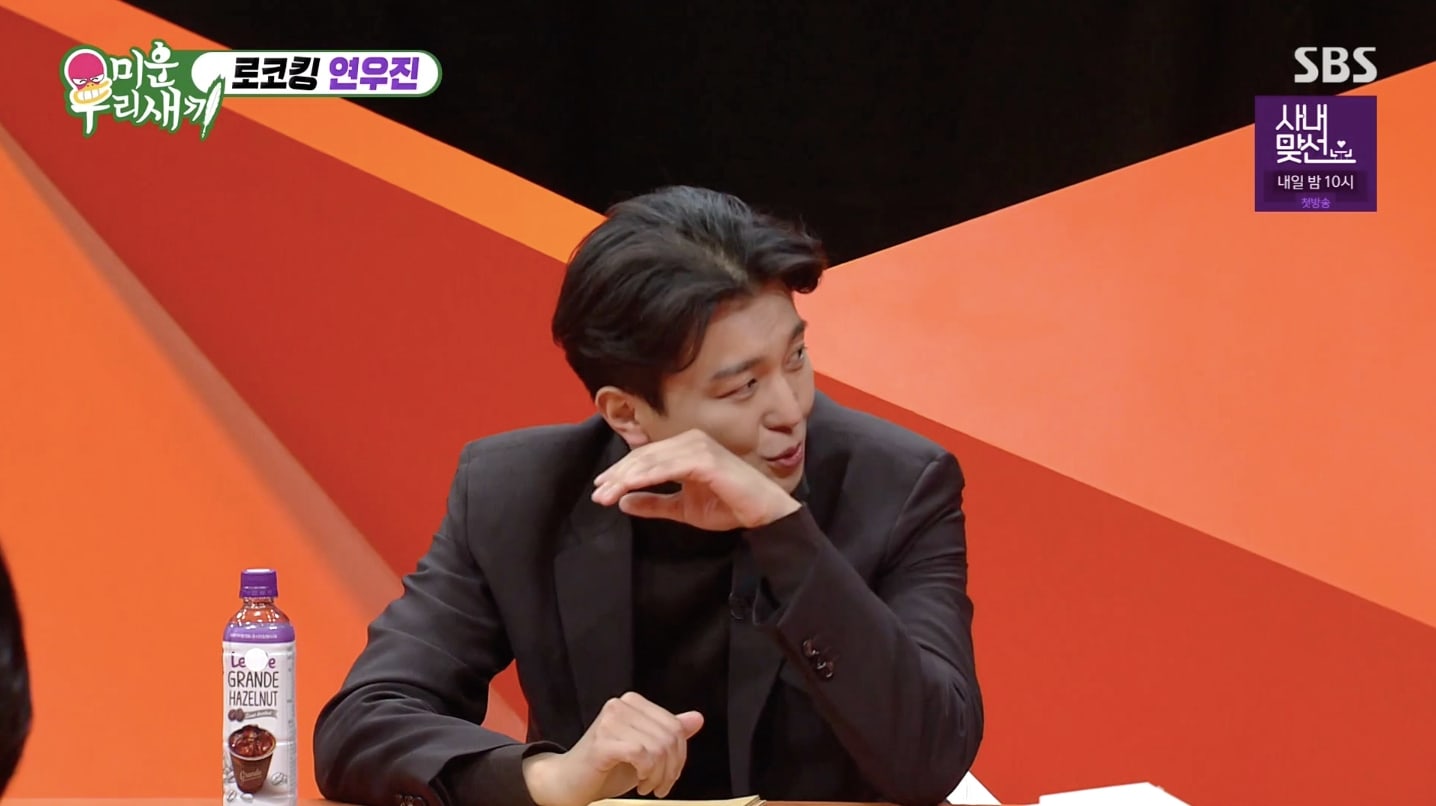 Finally, the hosts asked Yeon Woo Jin about being dubbed a “kiss expert” due to his many kiss scenes in romance dramas.

The actor humbly remarked, “I’ve been in a lot of romance dramas, which is why they gave me that nickname.”

When Kim Jong Kook‘s mom jokingly asked if he practiced with dolls, Yeon Woo Jin shocked everyone by responding, “I really did practice with dolls back then. Because back when I was still a rookie actor, I was so nervous, and I didn’t know what to do. And since all my [co-stars] were my seniors in terms of acting, I couldn’t just take the lead.” 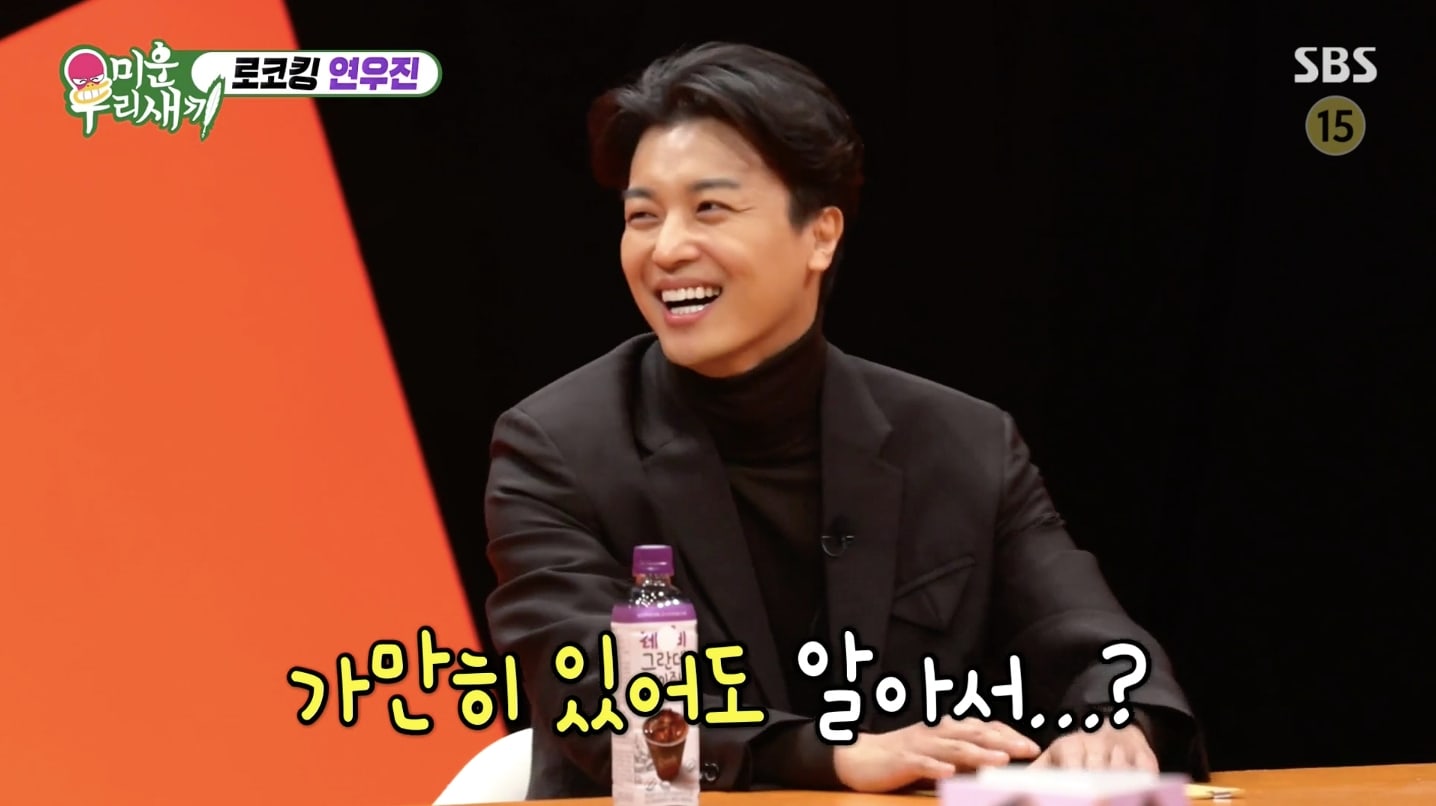 Watch the full episode of “My Little Old Boy” with English subtitles below!

Previous Post
“All Of Us Are Dead” Star Yoon Chan Young Reveals He Trained With ASTRO + Lee Yoo Mi Talks About Being Delivery Worker Before “Squid Game” : Entertainment Daily
Next Post
These 10 Hairstyles Prove That SEVENTEEN’s Jeonghan Can Pull Off Anything : Entertainment Daily