Here Are The 7 Girls Who Will Make Up The “My Teen Girl” Debut Group CLASSy : Entertainment Daily 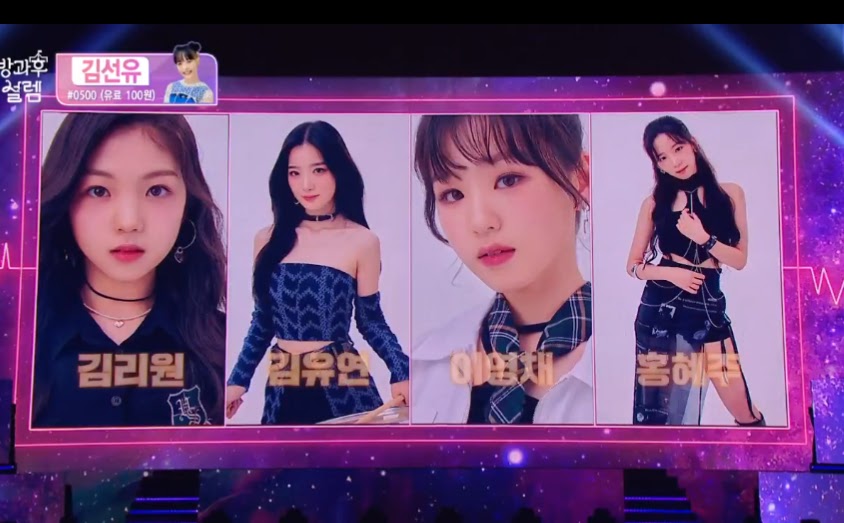 MBC‘s girl group audition program My Teen Girl aired its final episode as a live broadcast, and the seven girls who will comprise the show’s debut group CLASSy were revealed.

Only the top seven girls would be able to debut with CLASSy, and the overall scores were comprised of the online votes that were submit over the past month, viewer voting during the live broadcast, with one text message vote counting as seven points, and additional benefit points that could be provided by the four judges.

During the middle of the show, the 4 girls who were competing for the 7th place spot were revealed, with Kim Riwon, Kim Yooyeon, Lee Youngchae, and Hong Hyeju. The exact ranking of the four girls was not revealed, but their placements at the moment of the reveal were one of 6th, 7th, 8th, and 9th.

The victor was the Challenger Team with a score of 479 compared to the Debut Team’s score of 360, meaning Kim Seonyou, Kim Hyunhee, Kim Yunseo, Kim Riwon, Lee Youngchae, Lee Mihee, and Won Jimin each received an extra 50,000 points towards their ranking score.

Live voting for the show ended at 10:04 pm KST, and now all that was left was the announcement of the final seven.

Here are the seven girls who will comprise CLASSy.

Below are the final scores for all 14 girls who made it to the final round.