Kim Sejeong Walks A Risky Line Between Her Alter Ego And Real Self In “A Business Proposal” : Entertainment Daily

Kim Sejeong’s character will be busy swapping back and forth between two identities in SBS’s upcoming drama “A Business Proposal”!

Based on a popular web novel that has been adapted into a webtoon, “A Business Proposal” is a romantic comedy about an office employee who goes on a blind date with her company’s CEO in place of a friend while hiding her identity. Ahn Hyo Seop will star as chaebol heir Kang Tae Mu, who has everything from looks and brains to wealth and business savvy. Meanwhile, Kim Sejeong will star as food researcher Shin Ha Ri, who stands in for her best friend and chaebol heiress Jin Young Seo (played by Seol In Ah) at a blind date with Kang Tae Mu. However, things are made complicated by an unexpected snag in their plan: Kang Tae Mu just so happens to be Shin Ha Ri’s boss.

Providing a sneak peek of the chaotic ordeal that lies in store for Shin Ha Ri, stills from the upcoming drama capture the contrast between her ordinary real-life self and her glamorous alter ego. After getting off work, Shin Ha Ri helps out at her parents’ fried chicken restaurant while wearing a warm smile that highlights her lovable personality. 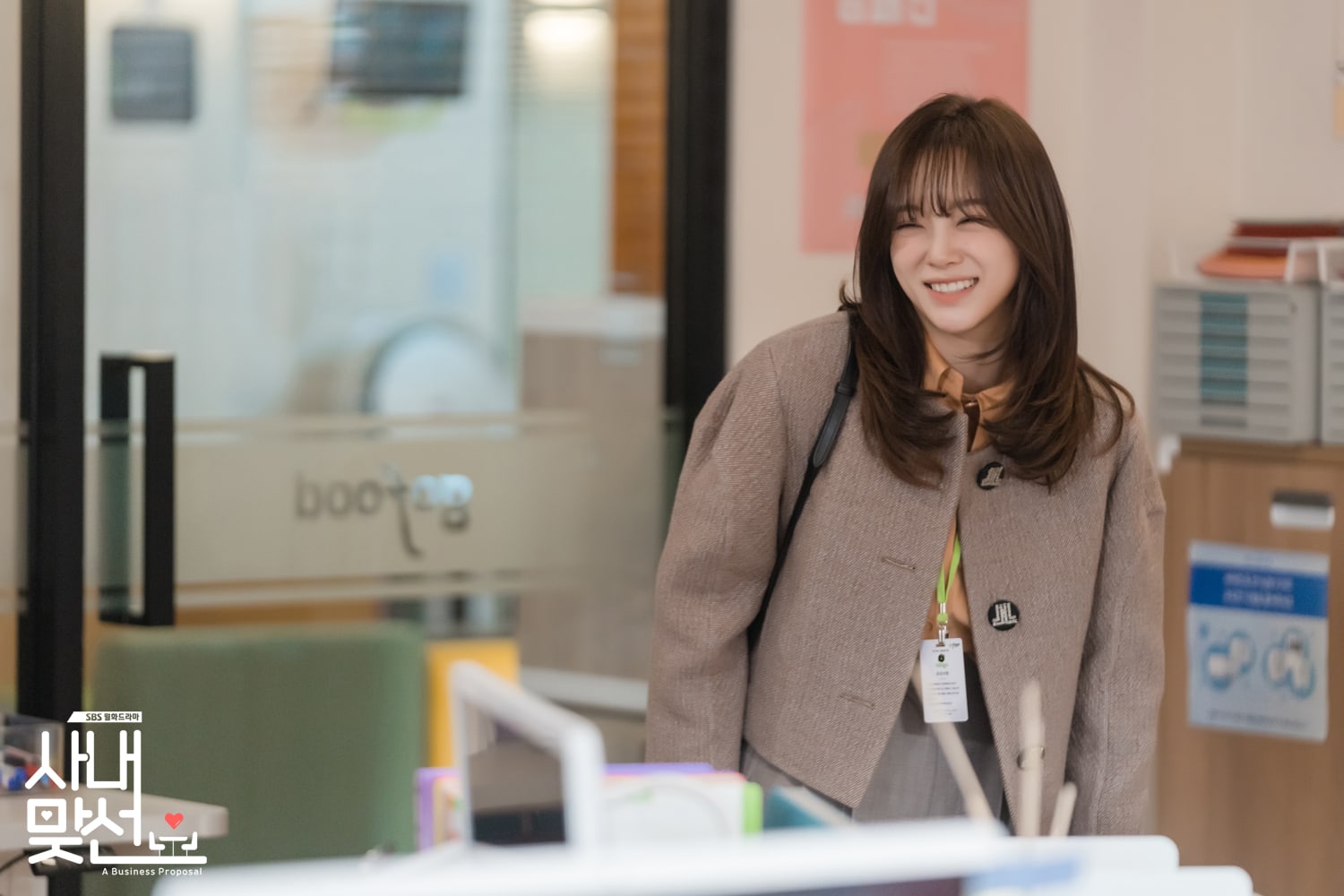 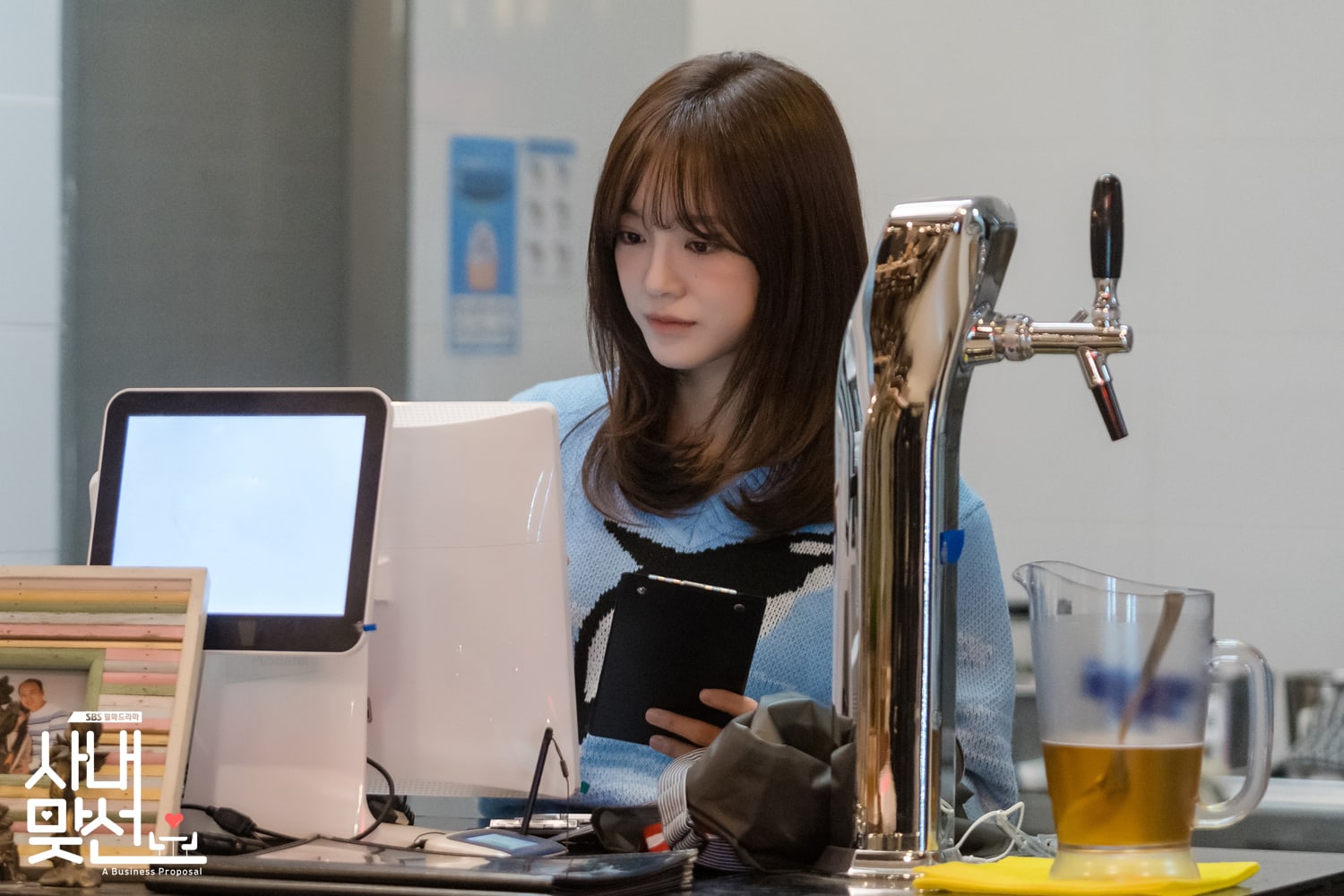 However, when she needs to meet up with Kang Tae Mu for a blind date while pretending to be her friend Jin Young Seo, she adopts a fake, over-the-top “sexy femme fatale” persona in order to try and scare him off so that her friend won’t have to marry him. Not only does she dress up in an entirely different style from what she usually wears in real life, but even the look in her eyes changes as she attempts to transform into an intimidating version of Jin Young Seo that doesn’t actually exist. 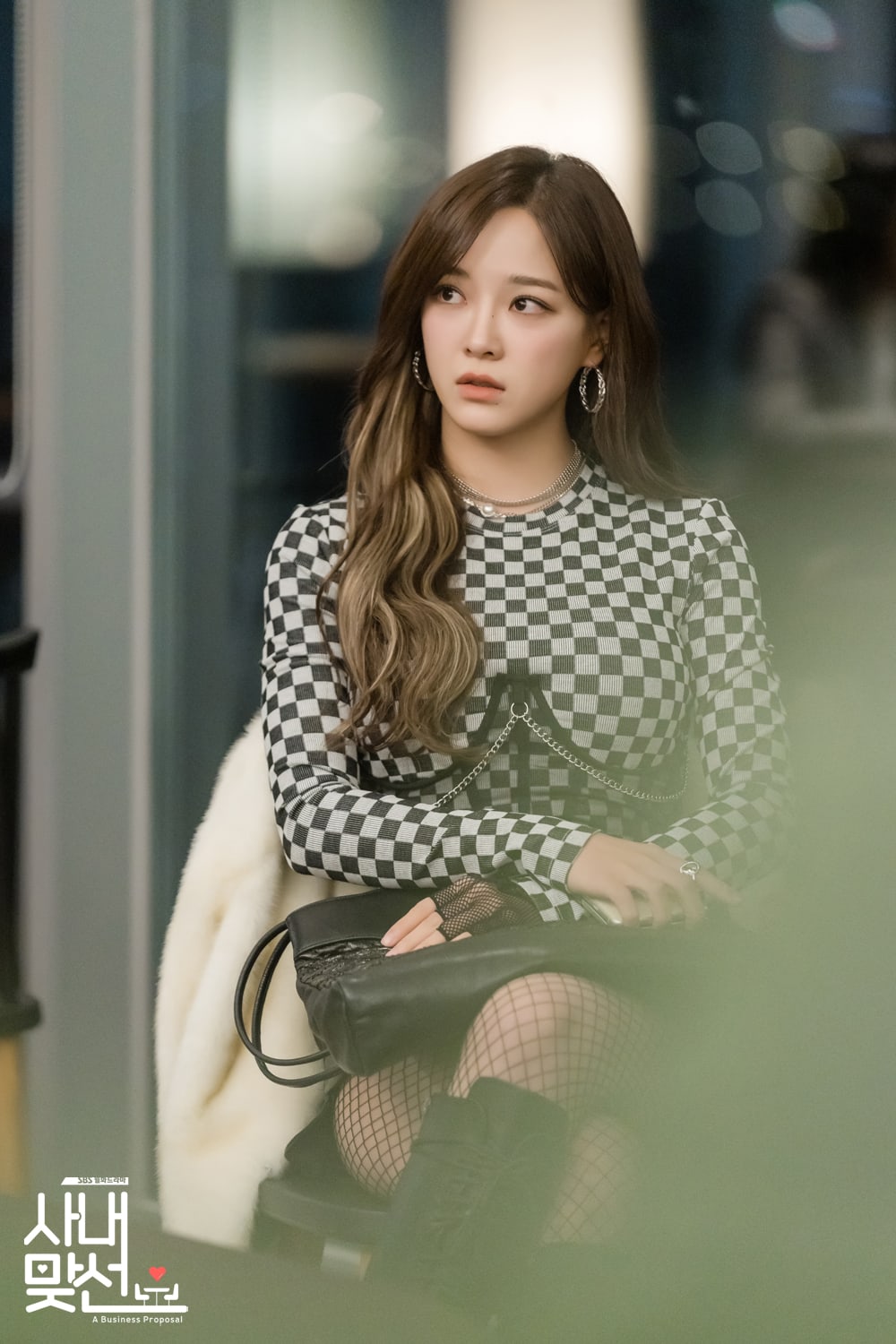 “A Business Proposal” will premiere on February 28 at 10 p.m. KST. Check out a highlight clip for the drama here!

In the meantime, watch Kim Sejeong in “I Wanna Hear Your Song” below: