Park Hyung Sik And Han So Hee Amp Up Excitement For “Soundtrack #1” With Their Romantic Chemistry : Entertainment Daily

Are you ready to see Park Hyung Sik and Han So Hee’s chemistry in upcoming Disney+ series “Soundtrack #1”?

“Soundtrack #1” is described as a “music drama” about a man and a woman who have been best friends for 20 years but learn each other’s true feelings when they have to stay in the same house for two weeks. The drama is directed by Kim Hee Won (“Vincenzo”) and stars Park Hyung Sik as Han Sun Woo, a rising photographer who is a man of few words but has a warm and caring personality, and Han So Hee as Lee Eun Soo, a fun and honest lyricist who isn’t afraid of speaking her mind.

A newly released still released on February 25 gives a glimpse of Han Sun Woo and Lee Eun Soo’s heart-fluttering relationship. In the photo, the two friends are sitting by side by side in front of a convenience store on a snowy night. Lee Eun Soo looks joyful as she reaches out to catch some snowflakes, and Han Sun Woo gazes at her with warm eyes. They’re somewhere between friends and lovers, and their subtle feelings raises expectations for the premiere. 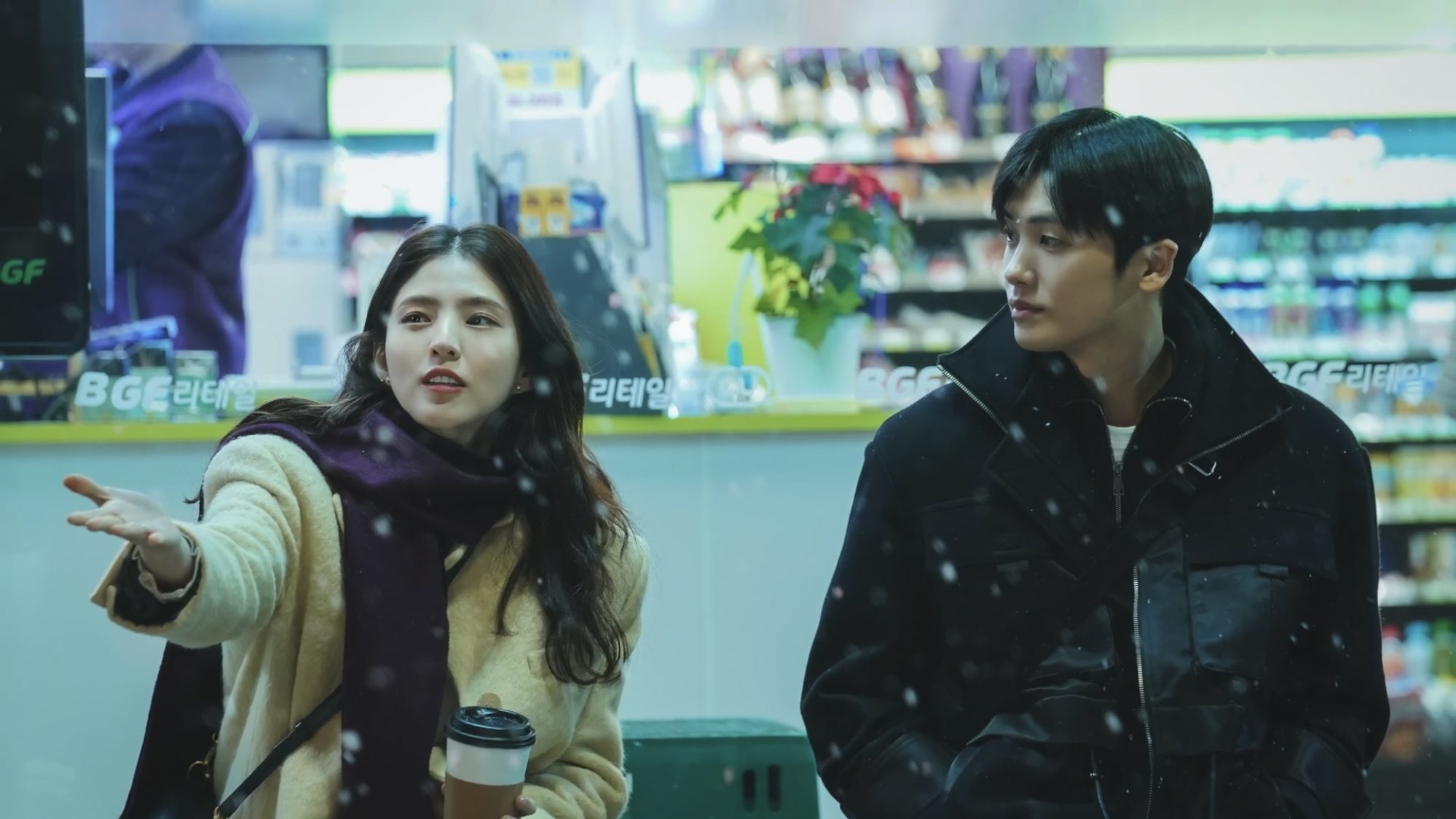 The production team shared, “The charms of global hot stars Park Hyung Sik and Han So Hee have completely filled up ‘Soundtrack #1.’ Sometimes, the actors captured the love of two best friends of 20 years in a cute and lovely way. Other times, they drew them in a sentimental and affectionate way. It was possible because for each scene, Park Hyung Sik and Han So Hee showed consideration for each other and shared a lot of conversations about the drama and characters. The staff was always amazed by their on-screen chemistry.”

“Soundtrack #1” will be released on Disney+ in March.

While waiting, check out Park Hyung Sik in “Happiness“: