“Crazy Love” is a sweet yet savage and chaotic romance story about a rude but skilled instructor who receives a death threat and his terminally ill secretary.

Kim Jae Wook stars as Noh Go Jin, a narcissistic character who is the CEO of the education company GOTOP and the top math instructor in the country with an IQ of 190. Krystal plays Lee Shin Ah, Noh Go Jin’s secretary who does not have much of a presence. Ha Jun takes the role of Oh Sae Gi, the handsome vice president of GOTOP who has the ability to coax Noh Go Jin and comfort the employees who have been hurt by the CEO.

Although Noh Go Jin is a star instructor, he is disliked by fellow employees because of his feisty and sensitive personality. The only thing he truly values is money. Because of his nasty temperament, he gets a lot of death threats as a joke. However, the death threats worsen, and he creates his own secret in order to catch the criminal.

On the other hand, Lee Shin Ah is a timid yet diligent secretary. No one has ever been Noh Go Jin’s secretary for more than three months, but she’s been working for him for a year in order to achieve her dreams. Despite her hard-work, life brings her despair instead of sweet hope, and she is crushed when she realizes she doesn’t have much time to live. Thinking this is all Noh Go Jin’s fault, she plans a brutal secret for revenge.

Oh Sae Gi is the ideal boss who has both good looks and warm manners. However, he, too, has a secret, which he doesn’t even tell Noh Go Jin, despite their closeness.

The newly released posters show Noh Go Jin, Lee Shin Ah, and Oh Sae Gi posing closely together. In both posters, they hold their finger to their lips and imply their own secrets with their meaningful expressions. The text reads, “Everyone has secrets,” increasing anticipation for their intriguing story. 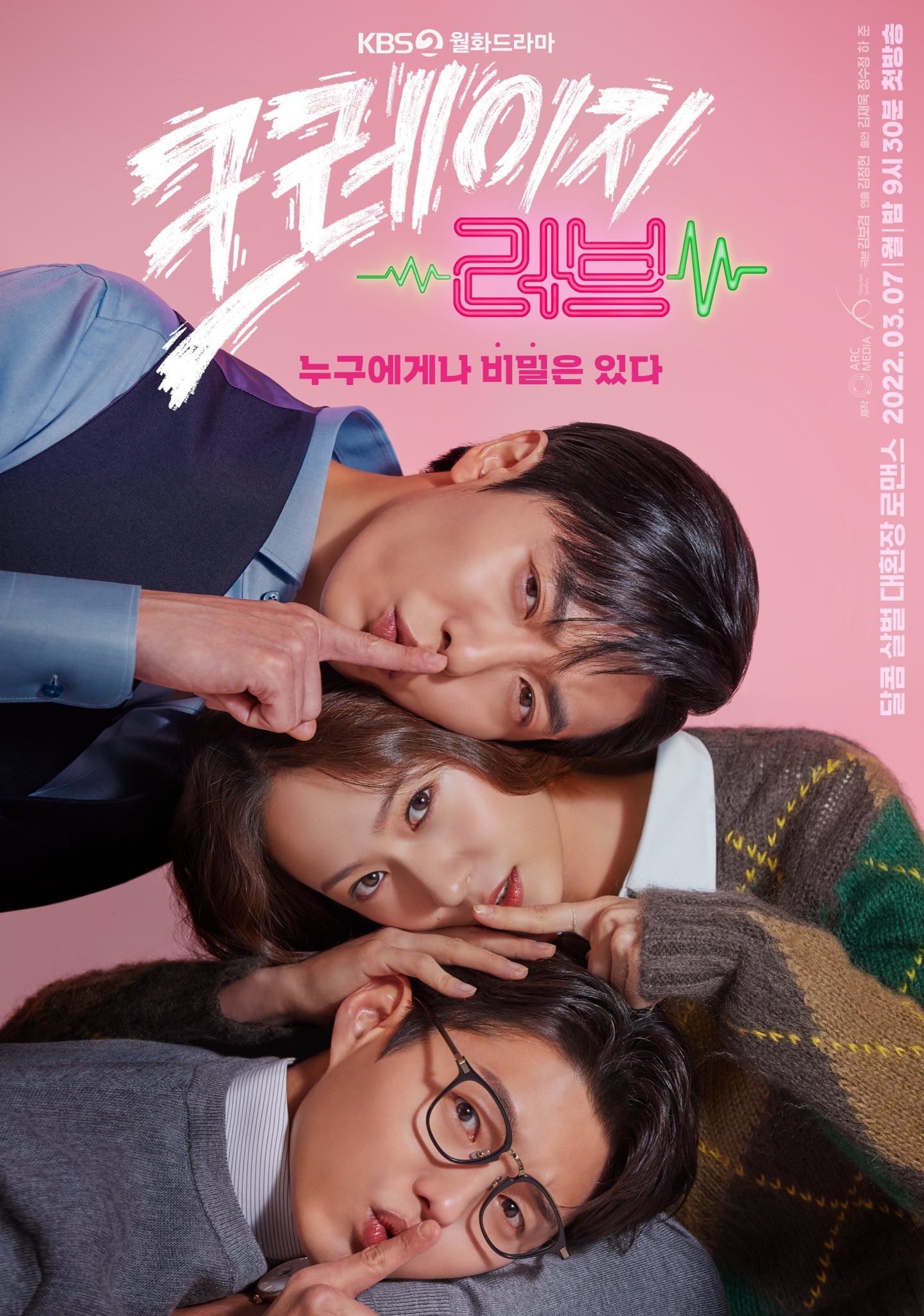 The drama’s producers commented, “The secrets that Noh Go Jin, Lee Shin Ah, and Oh Sae Ri are hiding is the crazy differentiation point of ‘Crazy Love.’” They added that viewers can look forward to finding out what the characters are keeping under wraps and what direction Noh Go Jin and Lee Shin Ah’s sweet and brutal romance will go.”

In the meantime, check out Ha Jun in “Times“: