Ahn Hyo Seop, Kim Sejeong, Kim Min Kyu, And Seol In Ah Talk About Being Drawn To The Light And Refreshing Side Of “A Business Proposal” : Entertainment Daily

Based on a popular web novel adapted into a webtoon, “A Business Proposal” is a romantic comedy about an office employee who goes on a blind date with her company’s CEO in place of a friend while hiding her identity.

Director Park Seon Ho said, “The original is such a popular production. Even before I started, I thought it was a refreshing, cute, and energetic story with an added element of maturity and sexiness. I thought it could be a good project that people could watch lightly without getting stressed out. In the process of making the drama, the writer wrote the script so that viewers could watch it comfortably, so I was able to enjoy myself with the actors.”

He continued, “It wasn’t through my own strength that I was able to gather such a talented cast. I was able to get such good actors because of the help of many people. All four of these actors have a great attitude, attention to detail, understanding of their characters, and positive outlooks. I suggested that we should work together without hesitation and they readily agreed. Kim Sejeong and Seol In Ah have very bright and positive energy, so that side of them comes out in their characters as well. Ahn Hyo Seop and Kim Min Kyu are also cute and bright, so filming is a lot of fun.” 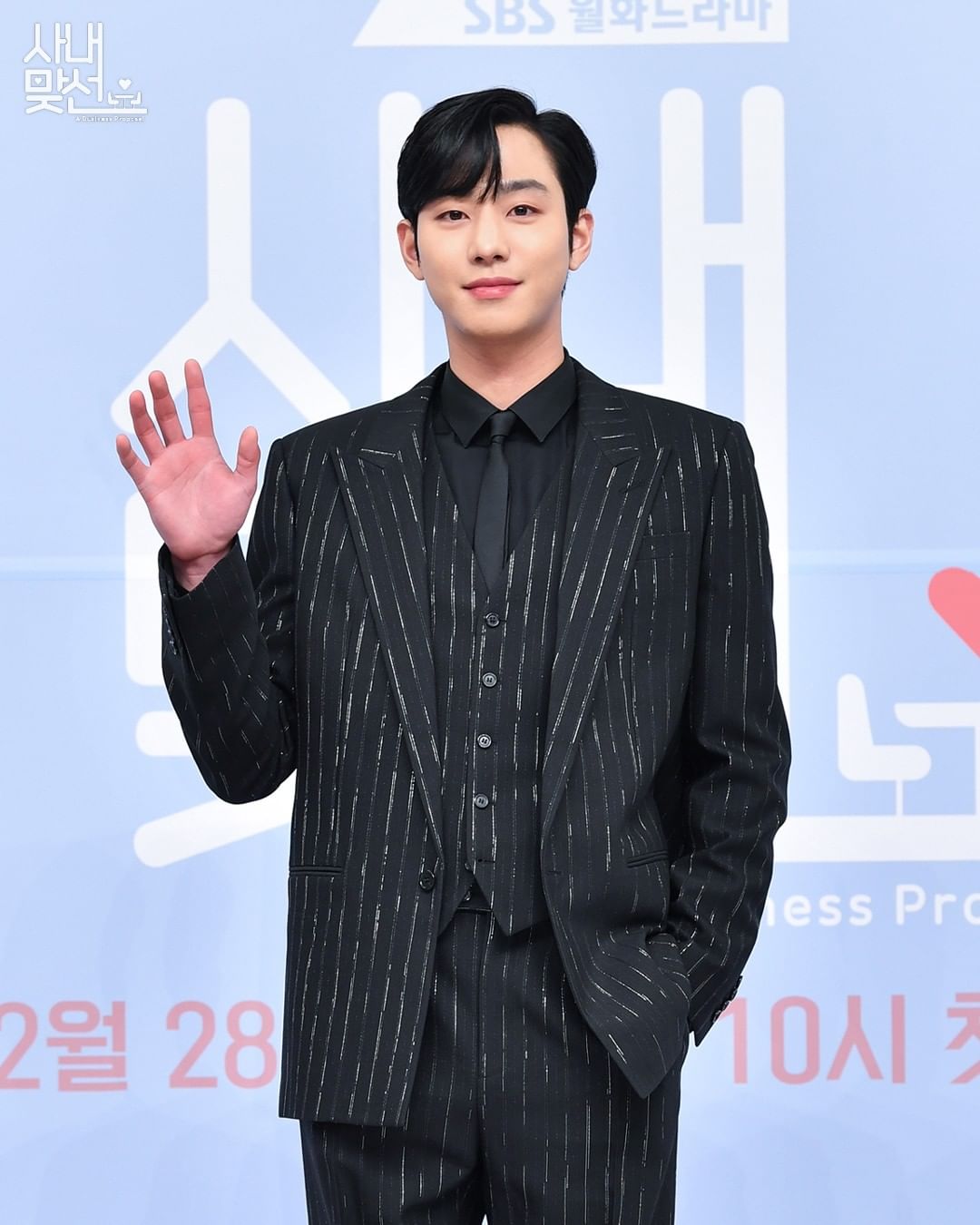 Ahn Hyo Seop said, “My previous dramas have been heavy and featured roles with a lot of emotional weight, but when I read this script, I could read it without feeling any stress. I thought that for my mental health, I should do a project with such a fun and refreshing script. I’m also glad to be able to work with such great colleagues. I really admire the director and writer, so the smallest details in the script appealed to me a lot. As soon as I read the script, I chose the project without hesitation.” 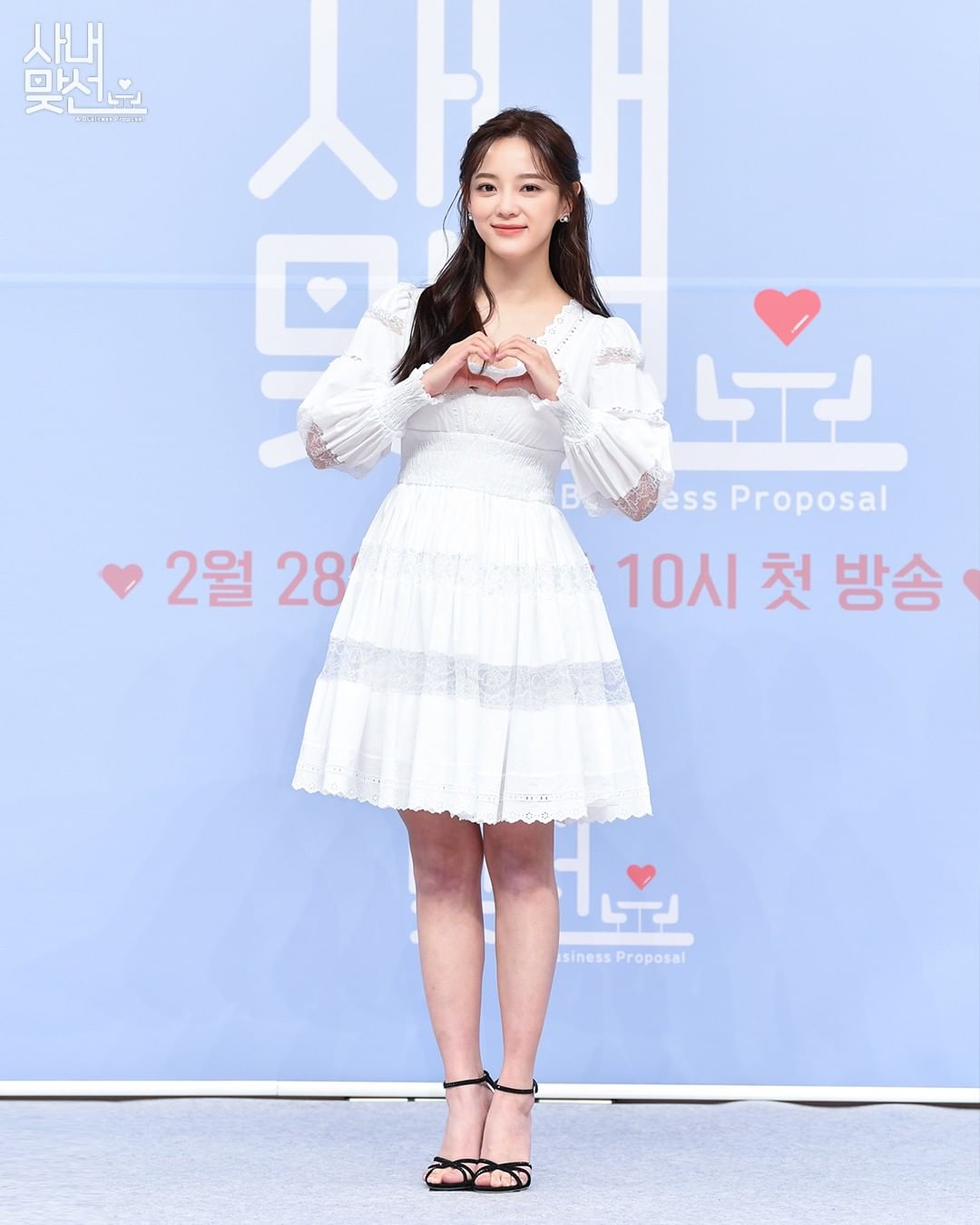 Kim Sejeong said, “When I read the script, I also found myself hitting the pillow and turning the pages without stopping. It was like how you’re drawn to familiar tastes and indulge in the familiar. I thought you’d be able to enjoy the drama without a feeling of heaviness. I’ve also done some dark characters in previous projects and there wasn’t a lot of pure romance. This was a new challenge for me.” 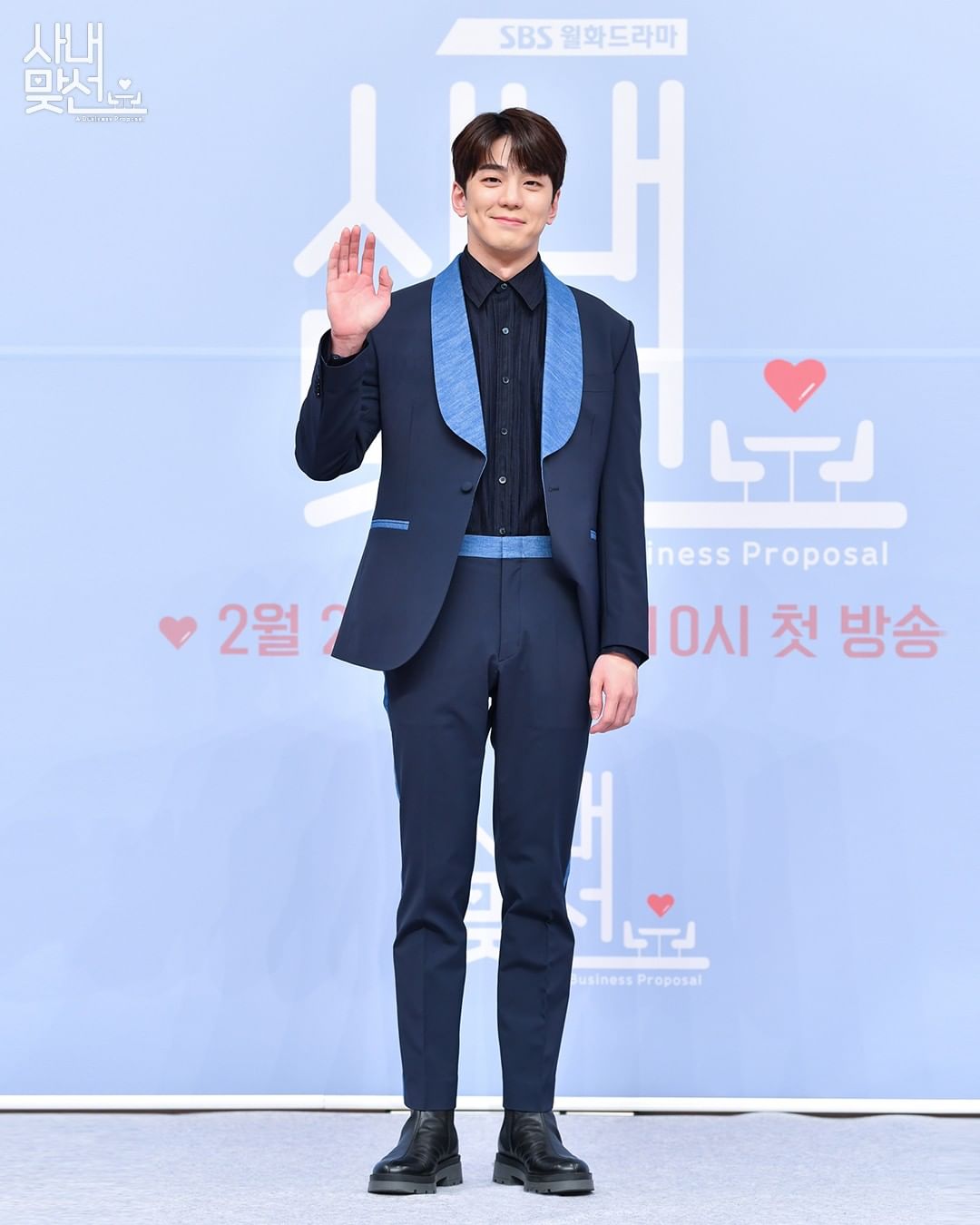 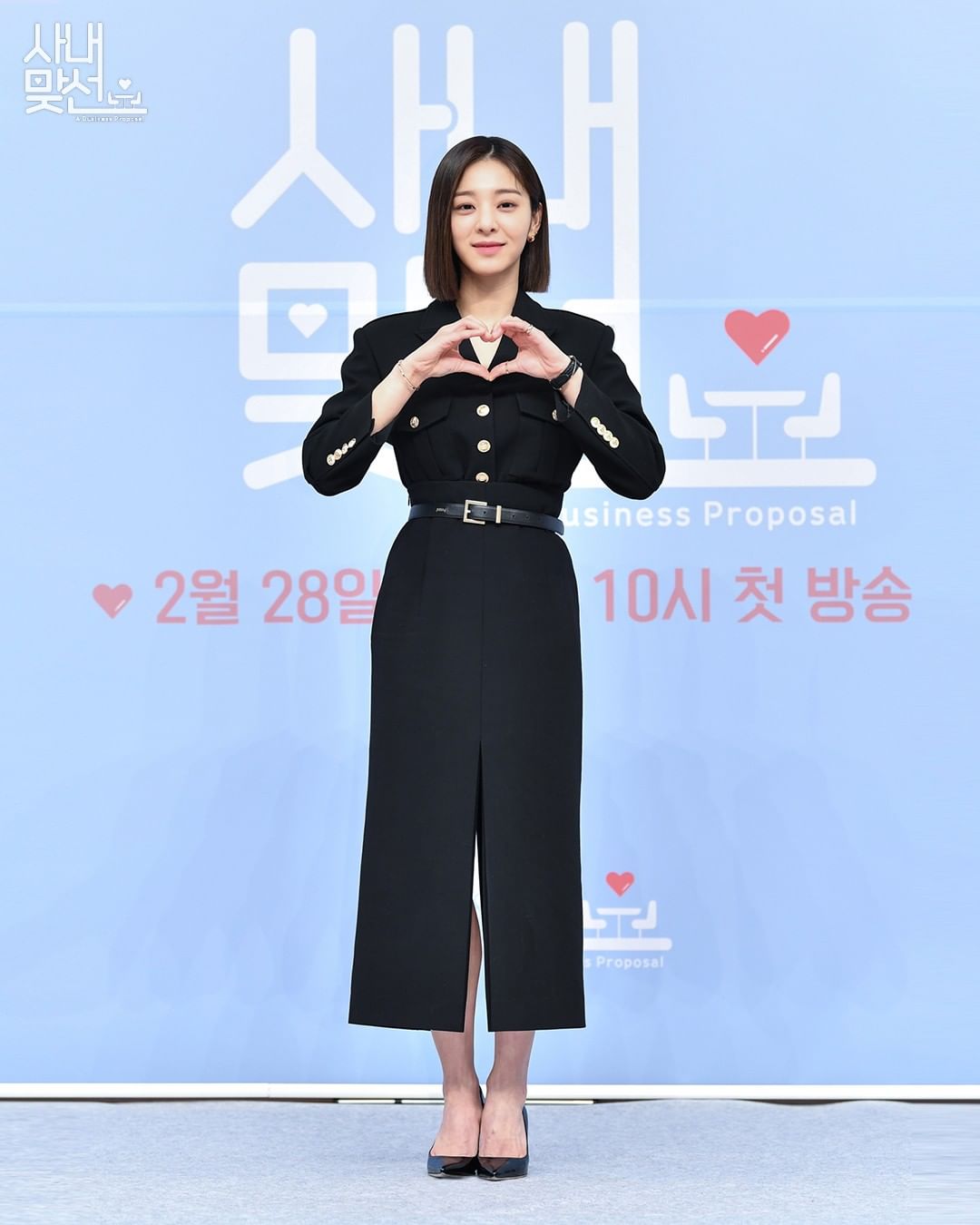 Seol In Ah said, “I knew about the original. I liked Young Seo the best in the webtoon, and that was the role that I was offered. I thanked the director for giving me the script. I think I’m similar to Young Seo, and I’m having a lot of fun filming.”

Ahn Hyo Seop said, “I chose to do a rom-com. I don’t think I’ve ever shown viewers my fun side, so I chose a slightly comedic project. There’s romance with Ha Ri, of course, but there’s a lot of comedic situations as well.”

Kim Sejeong said, “I think the sincerity of your loving gaze is really important in a rom-com. I think the most important thing for rom-coms is the energy. If I can continue this energy, then I’d like to be called the ‘rom-com fairy.’” 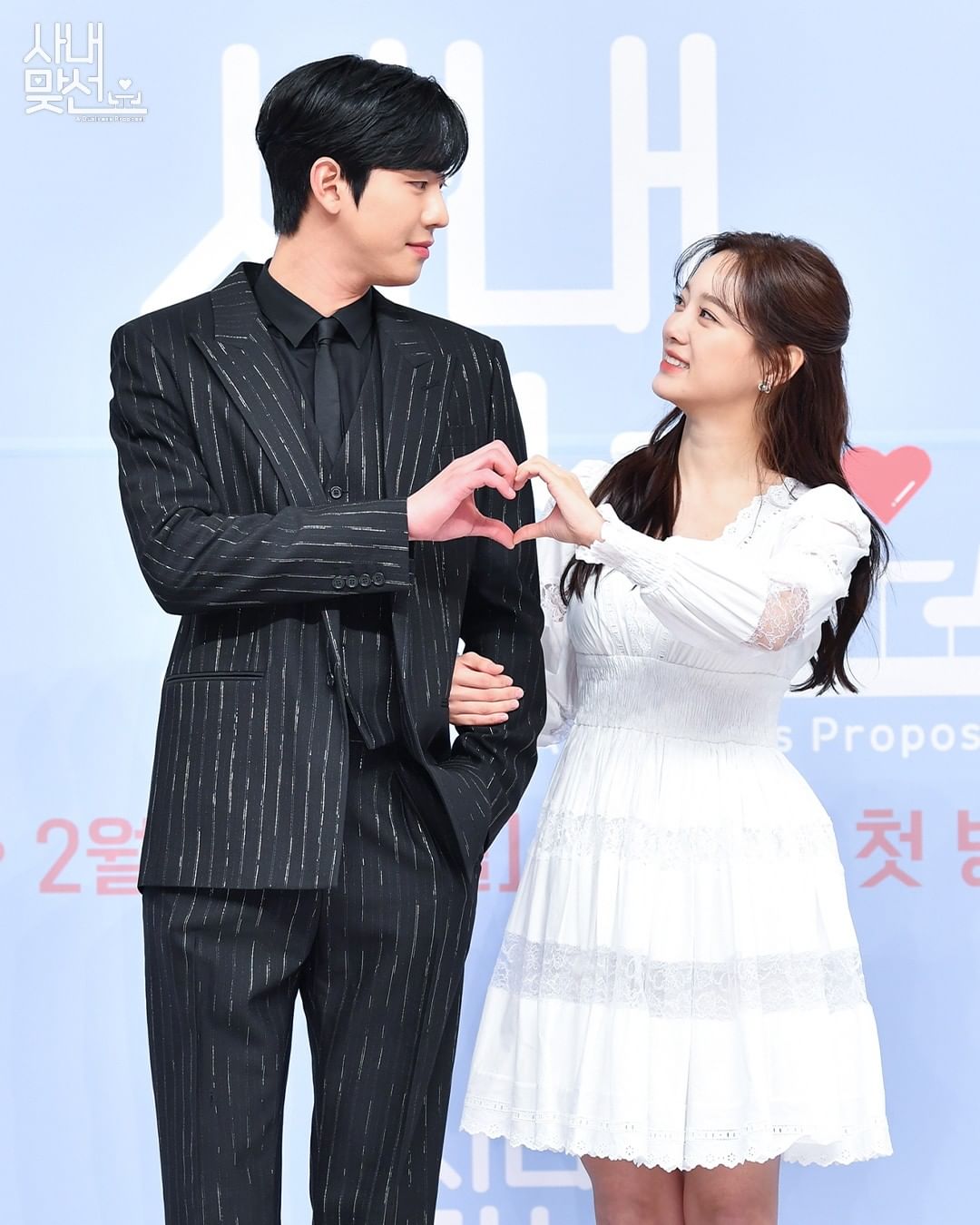 The drama revolves around the relationship between Kang Tae Mu, a CEO who goes on a blind date with a woman he thinks is Jin Young Seo but is actually Shin Ha Ri standing in for her friend. Shin Ha Ri is horrified to discover her blind date is her company CEO, especially when he immediately makes her an offer of marriage without knowing the truth of her identity. Seol In Ah plays Jin Young Seo, who is more interested in Kang Tae Mu’s secretary, played by Kim Min Kyu, than the CEO.

Kim Min Kyu said, “If Tae Mu and Ha Ri’s relationship is sweet, ours is mature. We joke that ours is rated 29+.” Seol In Ah said, “Young Seo is the type to let herself go in front of the person she loves. I think that’s fun. It’s a romance between a man with extremely firm boundaries and a straightforward woman who keeps trying to cross them.” 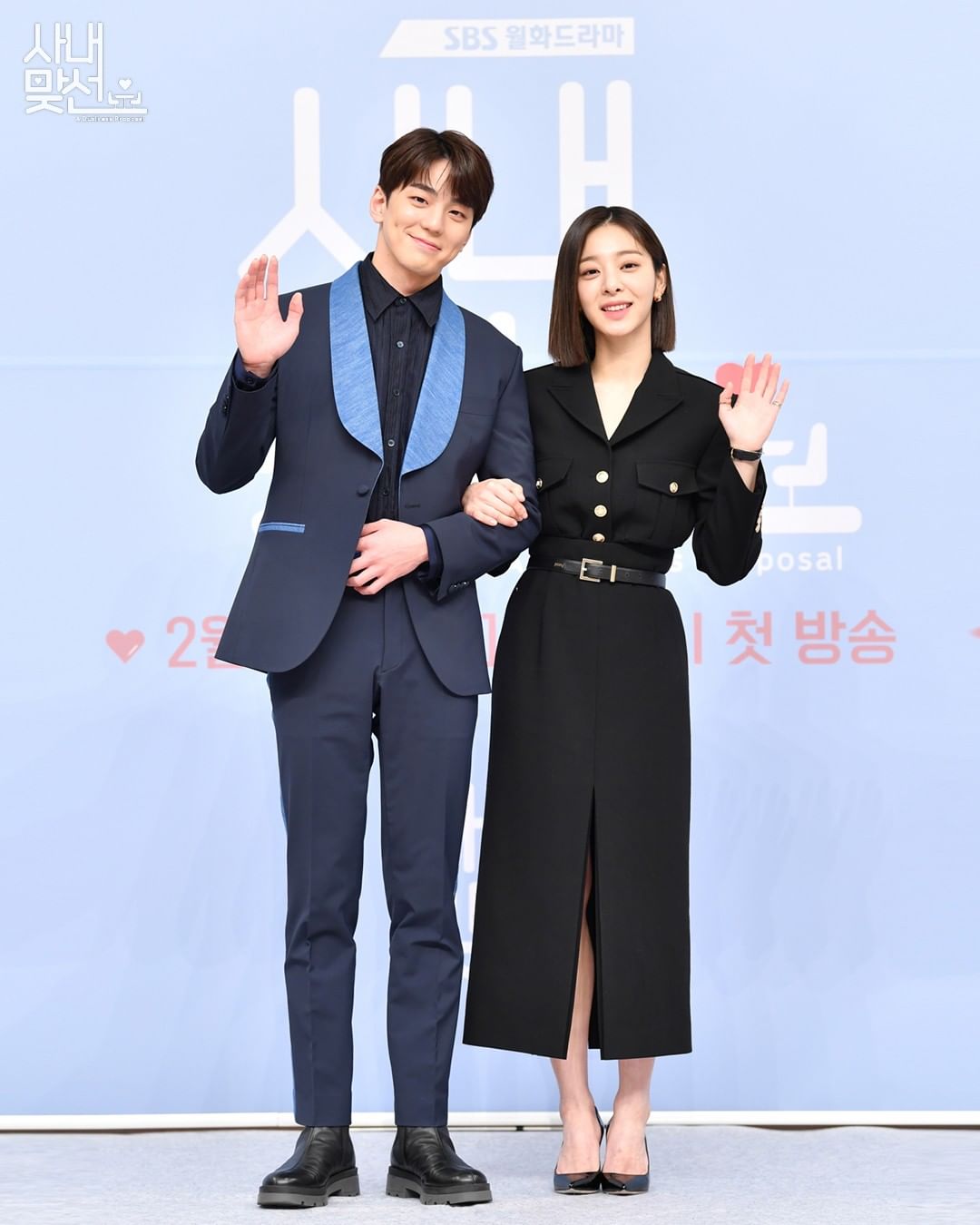 Kim Sejeong and Seol In Ah previously worked together in “School 2017.” Kim Sejeong said, “We met on ‘School 2017’ and met again here, and I realized how much we’d grown into adults. We didn’t actually tell each other, ‘You grew up well in three years,’ but we both felt it.” Seol In Ah said, “Whenever we appeared together on set, the staff would say, ‘Two pterodactyls have appeared!’” 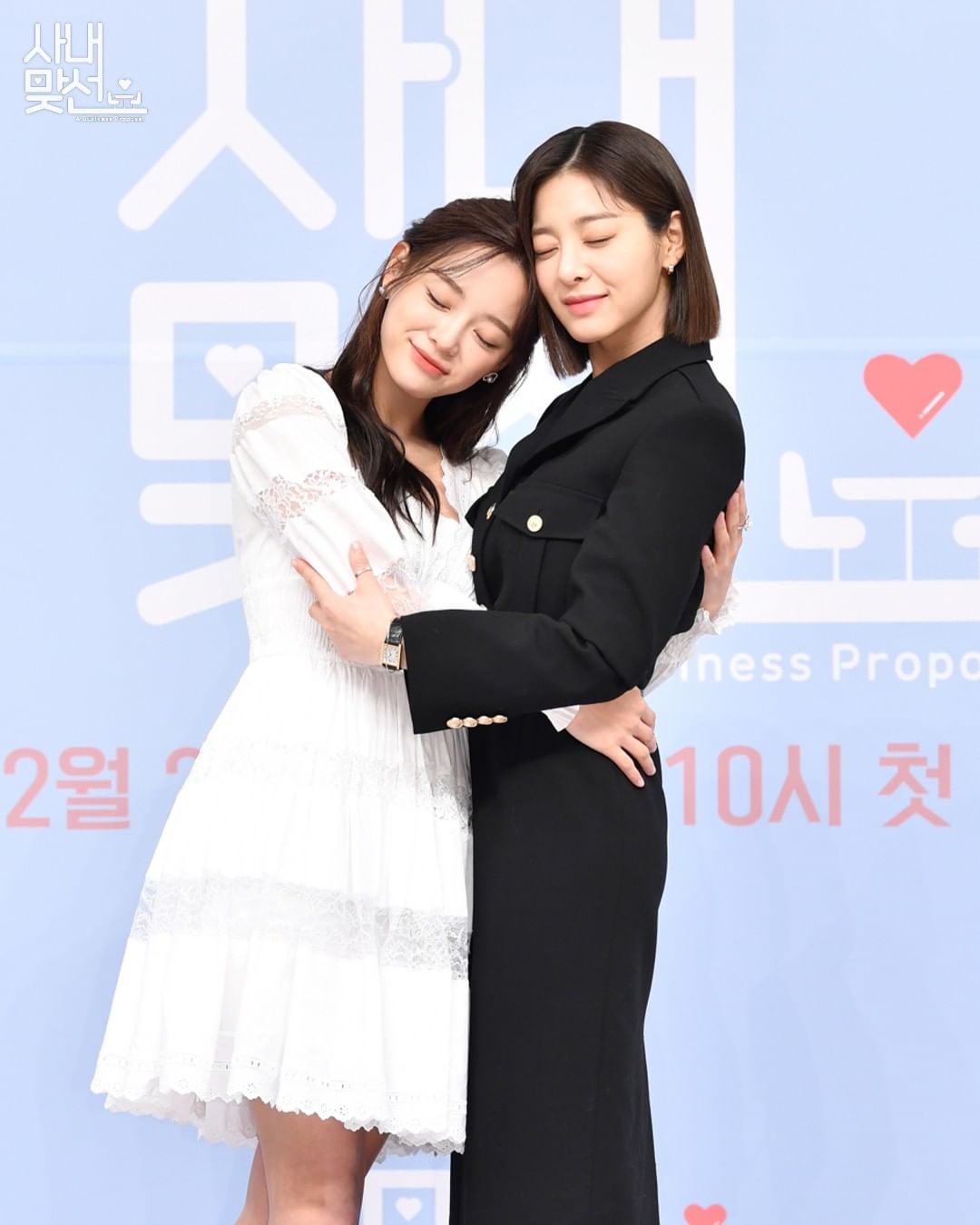 Ahn Hyo Seop said, “I hope this drama can be a healing drama for people. A time when you can lay down your worries about life and comfortably enjoy the story for about an hour.” Kim Sejeong said, “I hope people think about it like a snack. I also want people to recognize that there’s a little girl inside Kim Sejeong as well. I’ve mostly shown a strong side to my characters before, so I want people to see that other side of me.” 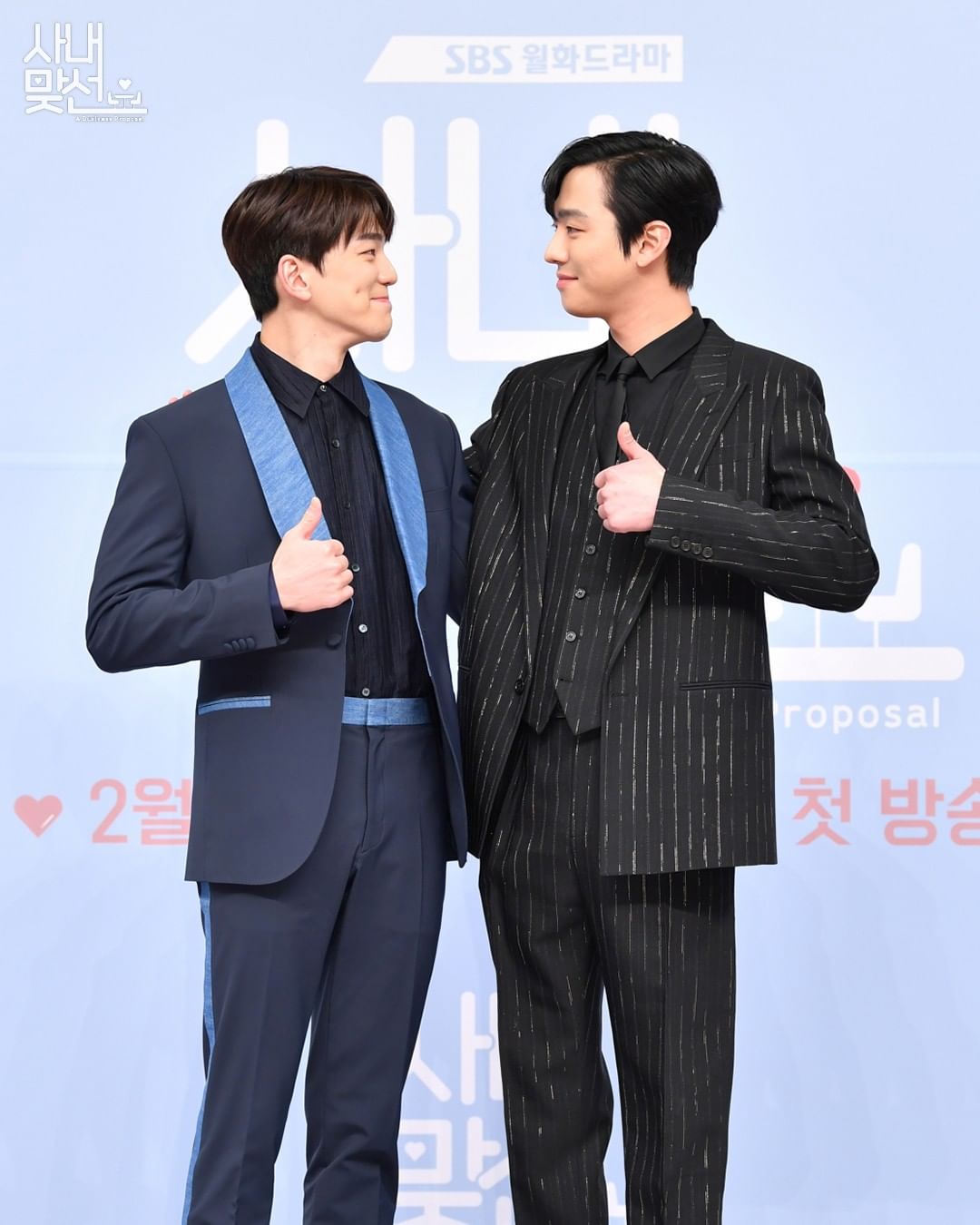 Kim Min Kyu said, “It’s a drama that’s a bit like camping. You go and stay for a while and find yourself smiling. It’s a fun and happy drama, so you can watch it with a feeling of lightness.” Seol In Ah said, “I hope that it can be a drama that people look forward to Mondays and Tuesdays for. My keywords are also ‘healing.’ It’s not a difficult drama, but it’s not extremely light either, so you can watch it in comfort.” 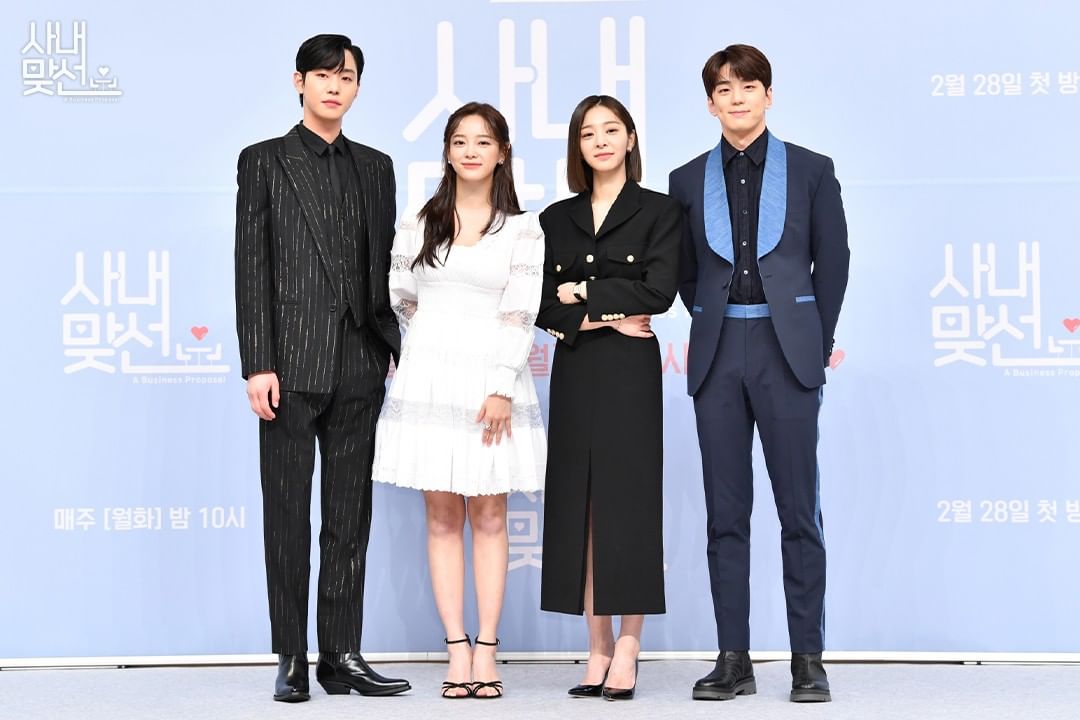 “A Business Proposal” premieres on February 28. Check out a teaser here!

Previous Post
TREASURE’s Junkyu Had The Sweetest Reaction When His Voice Was Likened To BLACKPINK’s Rosé : Entertainment Daily
Next Post
Jo Bo Ah Talks About “Military Prosecutor Doberman,” Her Desire To Play An Evil Role, Her Personality, And More : Entertainment Daily