JTBC has released new stills of “Thirty-Nine” ahead of the upcoming episode!

Previously on “Thirty-Nine,” Jung Chan Young learned about her health condition through Cha Mi Jo. After seeing Cha Mi Jo acting strange, Jung Chan Young realized that chances for recovery were slim. Attention is on how the three friends will deal with this unexpected unfortune in their lives.

Newly released stills share a glimpse of what will happen in the next episode. First, Cha Mi Jo goes shopping at a department store. She seems to have come out in order to lift her dampened spirits, but the way she examines the displayed clothes, handbags, and shoes shows she’s not really interested in shopping. Her eyes are void of excitement, and her expression is heavy with despair. However, in one photo, Cha Mi Jo charges forward with both hands full of shopping bags as she showcases solemn determination. 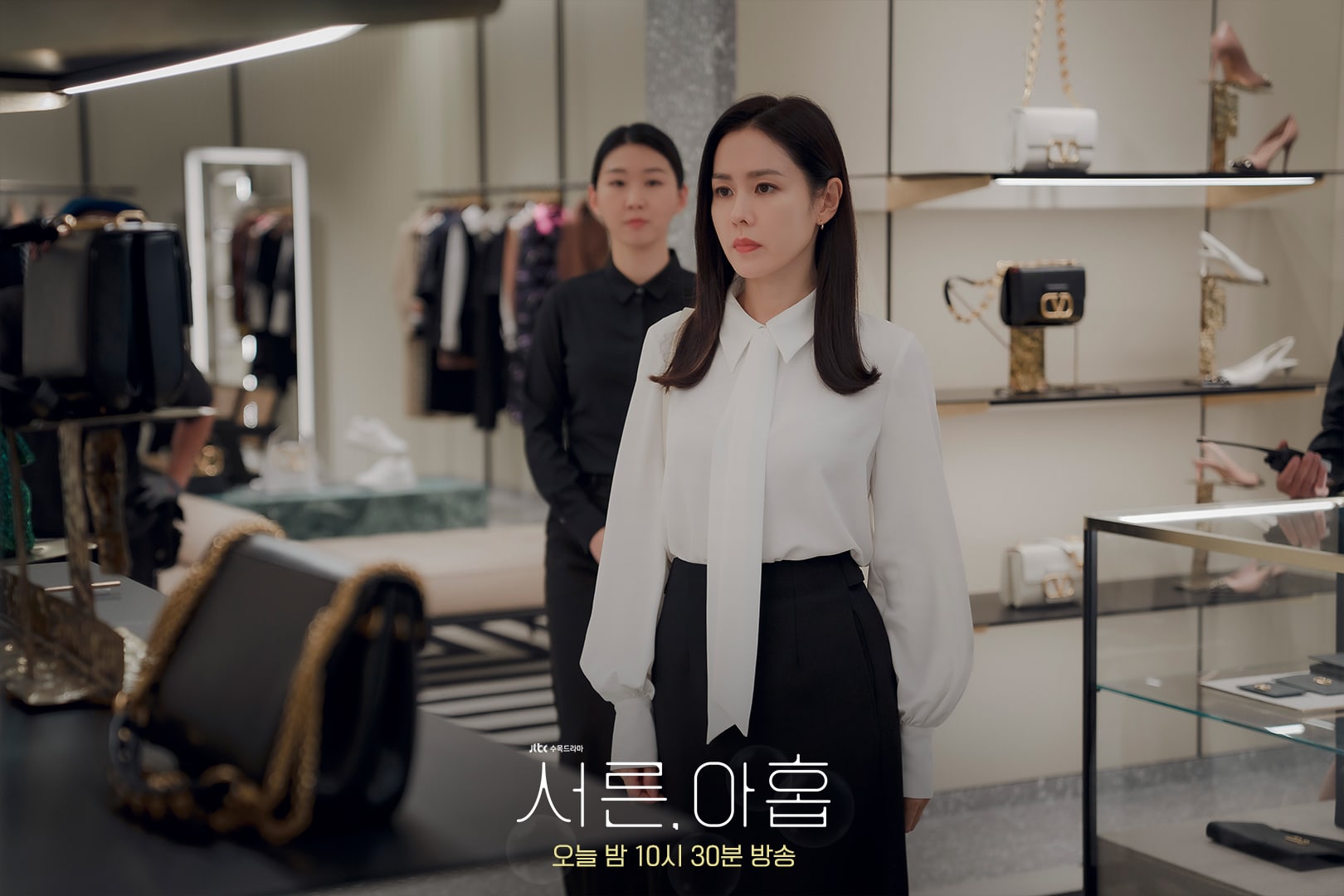 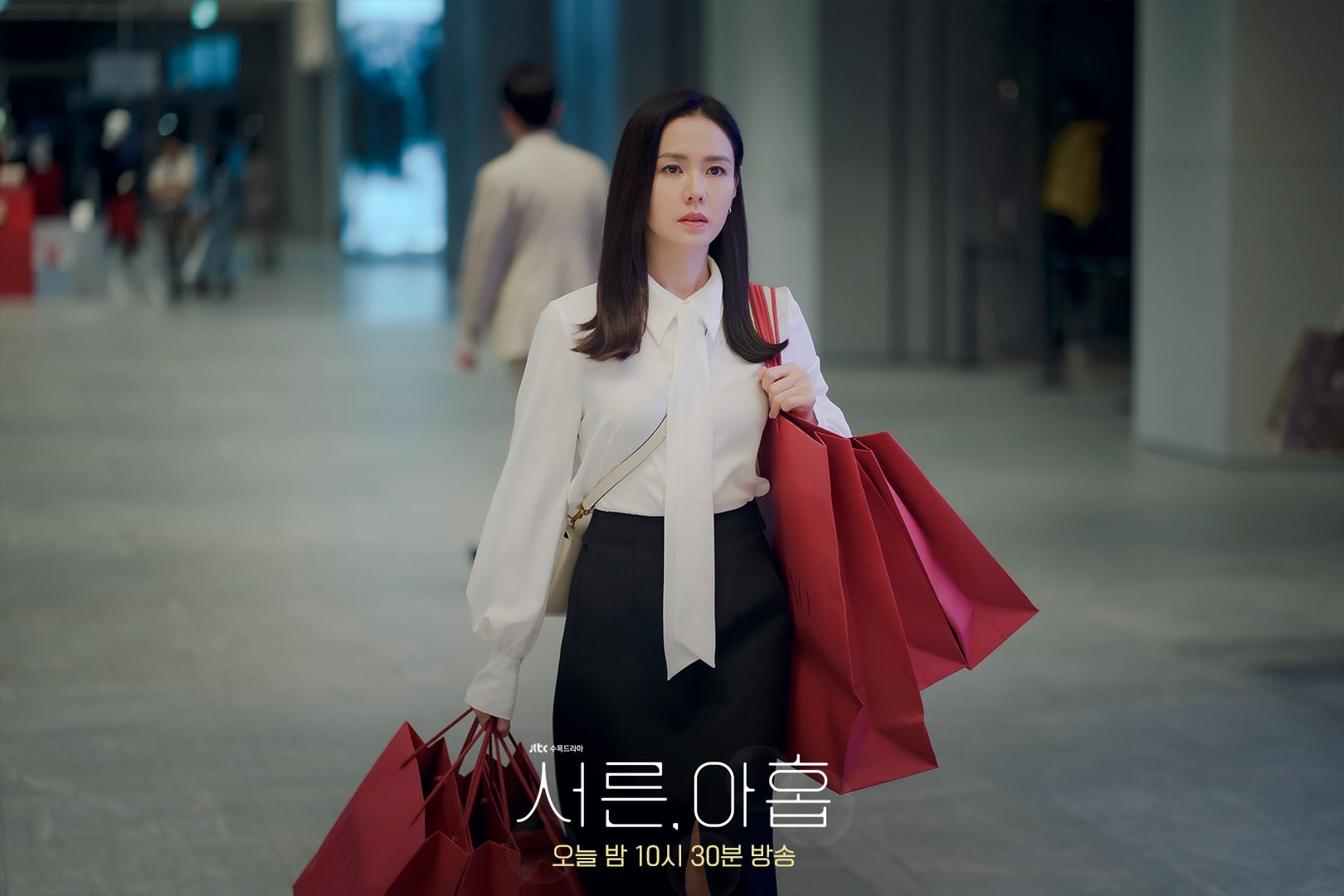 Contrary to Cha Mi Jo, Jang Joo Hee is spotted with a bright expression on her face. She’s talking to someone on the phone with a lottery ticket in her hand, and the way her lips are tilted upwards into a smile makes viewers wonder if she has hit the jackpot. Another still shows Jang Joo Hee making an important announcement in front of Cha Mi Jo and Jung Chan Young, who seem to be in total shock as they stare at her as if she’s absurd. 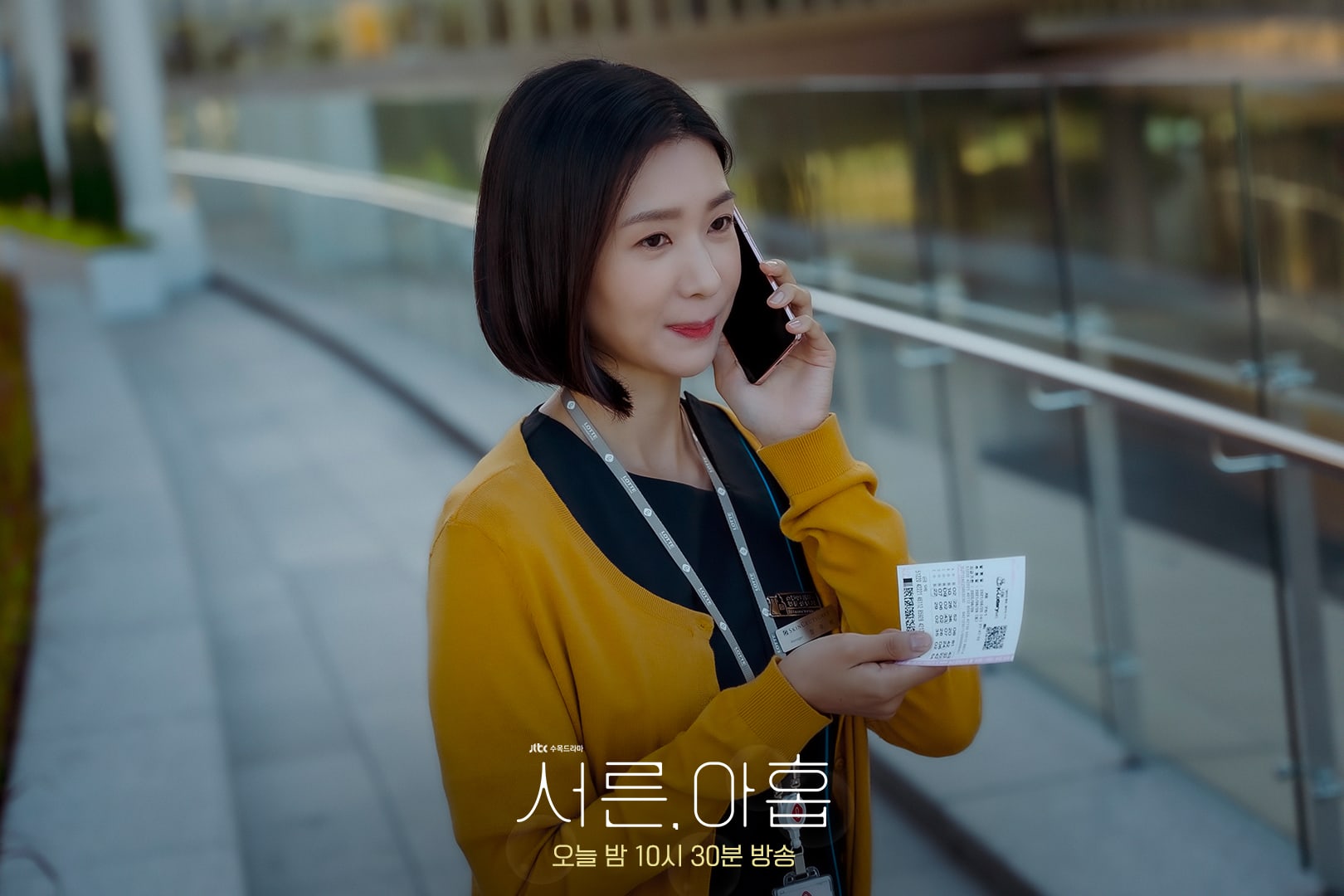 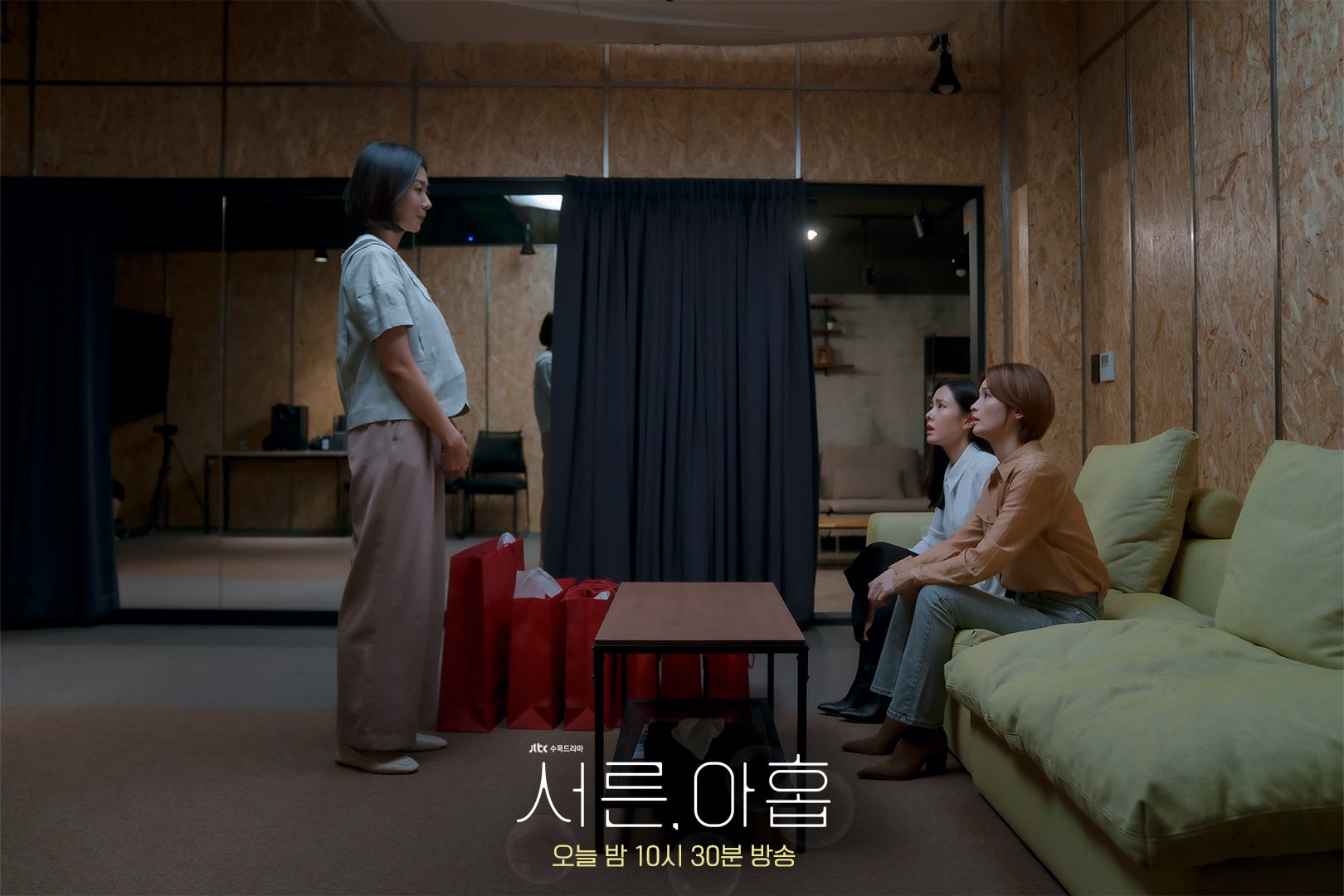 Director Kim Sang Ho hinted, “I think the scene in episode 4 where the three friends gather in Jung Chan Young’s lesson room is one where the identity of our drama is perfectly captured. I hope that [viewers] can think about the meaning of life while watching the three friends who laugh but grow sad and find laughter again in that sadness.”

In the meantime, check out Kim Ji Hyun in “Artificial City“!