Netizens Have Mixed Feelings About The Age Gap In K-Drama “Twenty Five Twenty One” : Entertainment Daily 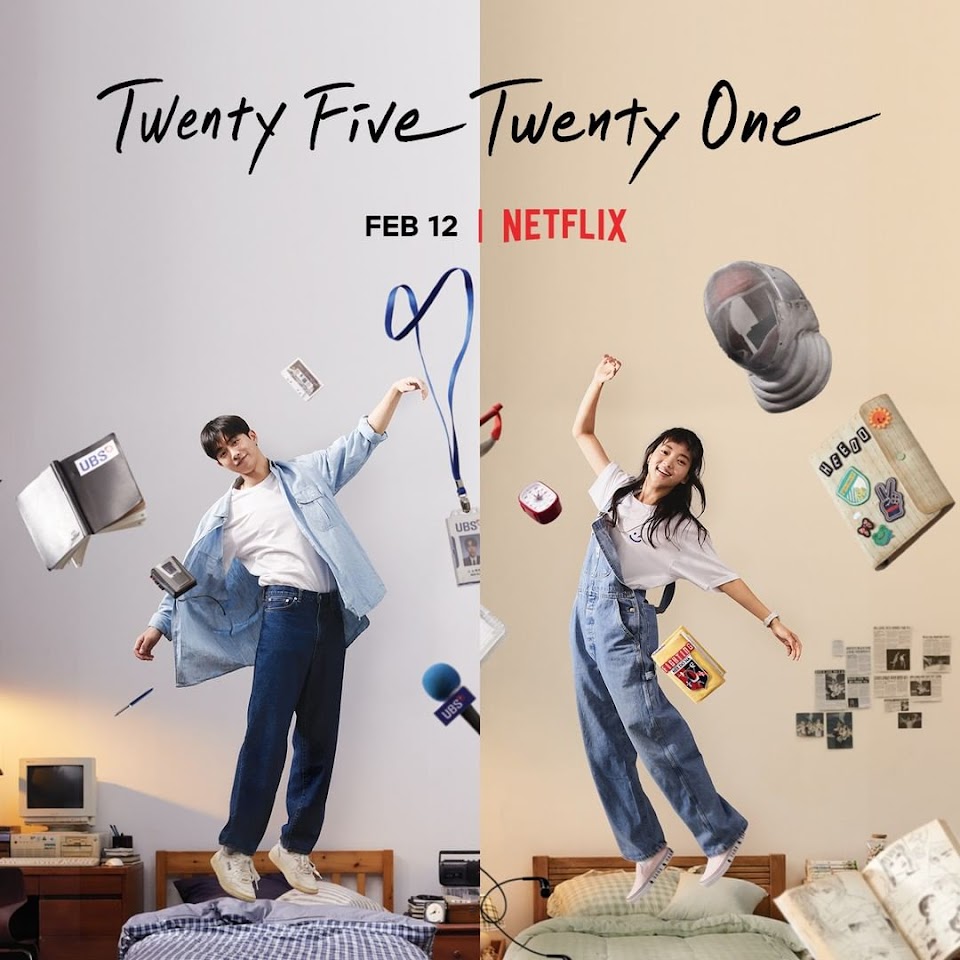 At the time of writing, only four episodes have been released. While it has generally received positive reviews thus far, viewers are mixed about a central plot of the drama.

The K-Drama alternates between the present day and the past. It begins with Kim Min Chae (The King’s Affection‘s Choi Myung Bin), who quits ballet, discouraged during the COVID-19 pandemic. She then runs away to her grandmother’s (Seo Jae Hee) house, where she ends up going through her mother’s items, including a journal, from when she was a teenager in 1998. The majority of the show focuses on the mom, Na Hee Do, played by Kim Tae Ri, in flashbacks as Min Chae reads about her mom.

Despite being two very different time periods, it shows the parallels of today with the past. While kids may feel discouraged and struggle due to the difficult circumstances created by COVID-19, people struggled in the late ’90s too due to the IMF (the International Monetary Fund) crisis.

The show is also said to focus on the romantic lives of five characters, with the main focus being on female lead Na Hee Do, played by Kim Tae Ri, and male lead Baek Yi Jin, played by Nam Joo Hyuk.

At the start of the drama, Yi Jin moves out on his own and takes part-time jobs after his chaebol family goes bankrupt. He ends up meeting student fencer Hee Do several times.

First, he delivers newspapers to her house. She also frequents the comic store he works at. Naturally, they end up developing a friendship.

Yet, knowing they are the two leads, viewers suspect that it will develop to more, especially based on the end of Episode 4.

However, viewers have mixed feelings about the relationship due to their age gap. Currently, Hee Do is 18, and Yi Jin is 22.

I think I’ll be dropping #TwentyFiveTwentyOne should they proceed with a romantic relationship with the leads. It would so much interesting if they were to be just platonic soulmates like in “My Mister”, considering the age gap + she’s a minor ksks

Hee Do even reacted shocked to discover Yi Jin’s age, being he was older than she initially imagined. She claimed that she thought he was only two years older.

Considering the four year age gap and the fact that she’s still just a high school student, some of the interactions are offputting for viewers. Why would a grown man choose to spend his free time with a teenager anyway?

Of course, in most places, 18 is considered legal age. So, it’s not like he would catch a case if he were to develop feelings at this time. Still, considering the difference between the Korean and international ages, it raises more questions.

As Koreans consider one’s time in the womb as counting towards age, they are always about a year or two more than they would be internationally. So, does this mean Hee Do is actually only 16 or 17? If so, viewers may have genuine concerns.

At this time, Hee Do and Yi Jin portray (or at least attempt to) an innocent relationship. They’re simply two neighbors who sometimes hang out.

Yi Jin and Hee Doo have promised to be happy together, taking a break from the stress of their everyday lives.

Additionally, Yi Jin had told Hee Do that she reminded him of himself when he was younger.

Nevertheless, fencing gold medalist Go Yu Rim (Bona) has begun to be suspicious (and jealous) of the two spending time together. She’s not only Hee Do’s classmate and rival but a family friend of Yi Jin.

The relationship between Yu Rim and Yi Jin has not been made clear as of yet, but she claims he was her “first love.” Hee Do even asked him if they were dating after seeing them together. So, both girls are suspicious of the other regarding Yi Jin.

This reassured viewers that nothing was happening between Hee Do and Yi Jin as their relationship progressed. Still, at the end of Episode 4, the characters appeared to be developing feelings for each other already.

Of course, the chemistry is undeniable between them. So, this pleased fans of the drama.

He so in love with her istg😭#twentyfivetwentyone #fyp

Although, other viewers have actually disagreed, saying nothing romantic was going on during these moments, claiming that things are still strictly platonic. Many believe the characters will respect the age difference during this time period but will change as the characters grow older.

ppl saying they were uncomfortable with their age gaps, while the storyline itself doesn’t involve any romance, just yet 🤨 and on this particular scene, Yijin speaks nothing but facts #TwentyFiveTwentyOne pic.twitter.com/0UY9Pvvupx

let’s just hope the drama sticks to this saying pic.twitter.com/Abzdrek9ii

Some other plot summaries for Twenty Five Twenty One describe it as “the story of when they first meet when they are 22 and 18 years old and fall in love when they meet again at age 25 and 21,” hence the K-Drama’s title. So, Yi Jin and Hee Do will reconnect later on in their 20s and ultimately fall in love. Considering this, most viewers don’t find the age gap as much of an issue.

And whether Yi Jin and Hee Do will be endgame or not remains a mystery as Hee Do’s child in the present-day doesn’t have his name. The daughter’s surname is Kim, and Yi Jin’s is Baek.

Viewers have been developing theories about the drama’s direction, as so few episodes have been released thus far. Based on a scene in the present day, Hee Do reminisces with her mom, looking at an old photograph of her friend group from when they were young, and Yi Jin’s name is mentioned. It’s a brief moment and not a lot to go by. Based on what was said, though, some wonder whether he has passed away or may return for the two to reconnect once again. If that’s the case, both being in their 40s in the present day will make the possibility of a relationship better than ever.

Nontheless, most of the show focuses on a young Hee Do with an older Yi Jin. It’s in some ways ironic that a conversation was sparked based on age gaps due to the characters considering the actors themselves have an age gap but the reverse. In real life, Kim Tae Ri is older at 31, and Nam Joo Hyuk is younger at 27 in international ages.

their age gap here compared in real life is so cute #TwentyFiveTwentyOne pic.twitter.com/L0rjdDXzz3

Similarly, Kim Tae Ri acts opposite Choi Hyun Wook. They play classmates, but he was born in 2002! They’re both great actors, and Tae Ri truly doesn’t look her age.

All that being said, Twenty Five Twenty One will not be the first K-Drama nor the last to have a questionable age gap relationship between the leads, of course. Comparatively speaking, it is relatively not all that bad…

Last year, KBS‘s Young Lady and Gentleman faced criticism for a significant age gap between its leads. Read more below:

Previous Post
7 Things BTS Jin’s Facial Features Say About His True Personality : Entertainment Daily
Next Post
Netizens Show Support For WayV’s Ten After The Alleged Mismanagement Of A Solo Activity Resulted In Fans Being Unable To Support Him In The Audience : Entertainment Daily