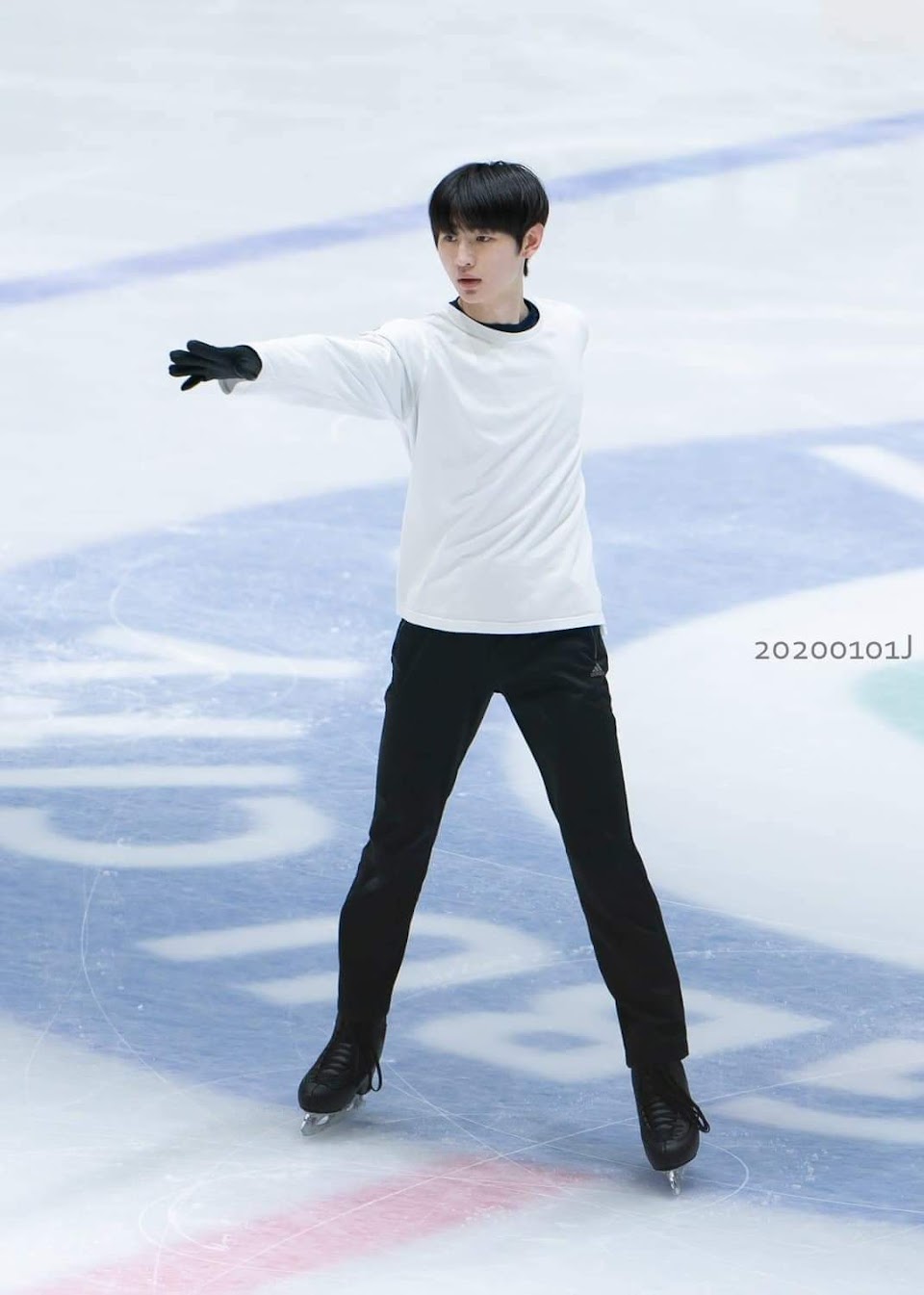 ENHYPEN‘s Sunghoon recently sat down for an interview with Weverse Magazine, where he talked about how he started figure skating, his lowest point in his career, and training with South Korea’s pride, Cha Jun Hwan.

When on the topic of his practices, he revealed that there were times when he failed to execute a jump even after learning every detail of it. A jump happens in a split second, so muscle memory and senses are the most important factors.

When I first learn something, I’m grasping every detail one by one, down to the pose. But once my body’s all used to it and I go to jump or something, sometimes I can’t plan it out in my head or really control it because everything’s happening in a split second, so I have to stick to muscle memory and rely on my senses.

Due to that, taking a break from figure skating—even if it was only for one day—made him feel sluggish and caused him to skate poorly.

So it’s easy to lose that feeling in a hurry, even after just a short break. In my case, I started to feel sluggish and lost a lot of that sense after I took even one day off and it took a bit of time to get it back. There were times when I didn’t notice while I was taking a break, but then when I went to skate again I suddenly couldn’t do it right for some reason.

He also made it a point to take note of his height and weight.

It’s so important to know your body that even growing taller or gaining weight can have an effect. Your body will jump based on your old height after you’ve had a growth spurt even though you’re actually a few centimeters taller.

Sunghoon then stressed the importance of working out. He prioritized core strength, balance, agility, and cardio. Because he was “hardening his body off the rink,” he was able to avoid hurting himself badly.

I think it causes issues sometimes. That’s why it’s just as important to exercise off the ice as on. You have to work on your core strength, sense of balance and agility, and you have to do cardio exercises for your physical strength, too. It was like I was hardening up my body off the rink and learning new techniques on it. I never hurt myself too badly since I’m in relatively good shape, but there was the occasional time where I had to take a long break after I hurt my pelvis or twisted my ankle after performing a jump.

From his experience, continuous exertion was the most likely cause of injury. To avoid that, he always stretched before skating, put ice packs on his body, and built muscle.

And actually, it’s possible for one thing to cause you to get hurt really badly, but more often you continuously overexert yourself and it builds and builds and you get hurt that way.  So I always stretched a lot before skating, then put on ice packs after even if I didn’t get hurt. And I had to keep my foundation in check by building up muscle to protect my bones. You have to treat your body well.

In the same interview, Sunghoon gave an easy introduction to figure skating. Check it out here:

An Easy Beginner’s Guide To Figure Skating, As Explained By ENHYPEN’s Sunghoon