SBS’s latest thriller offering has largely gone under the radar despite rave reviews. “Through the Darkness” is a little different from standard whodunit mysteries and bone-chilling thrillers like “Defendant” or “I Remember You.” Rather than focusing wholeheartedly on our hero Song Ha Young (Kim Nam Gil) and his backstory or motivations, the drama chronicles his beginnings from police officer to Korea’s first profiler. With six episodes aired and six left to go, now’s the perfect time to get caught up on this show as it resumes airing after a brief interruption due to the Olympics. Here’s what is enjoyable in the first half of the drama!

Note: this is a spoiler-free review. 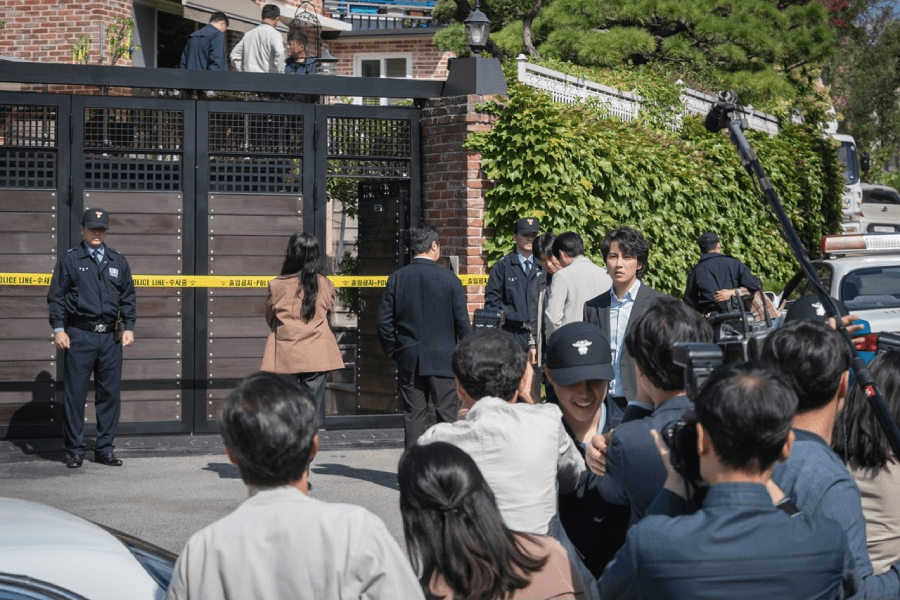 This is a quiet, contemplative show that, despite its heavy subject matter and high profile cases, relies on a nuanced, realistic form of storytelling. Cases aren’t cracked in a day but are shown to take months of endless work. Ha Young isn’t some genius who’s always right and puts things together in a snap. He’s observant and intelligent but can’t see or know everything. The reality is that clues often don’t point directly to the culprit, and figuring out a criminal’s M.O doesn’t mean a profiler automatically knows who they are or where they’ll strike next.

That being said, this level of realism can result in the drama feeling a little bland at times without the snappy repartee, exciting high-speed chases, or “bingo, we got the culprit!” moments like in other thrillers. Still, there’s something about the show and Kim Nam Gil’s presence that keeps your eyes glued to the screen, even as he tries to figure out what on earth profiling is. 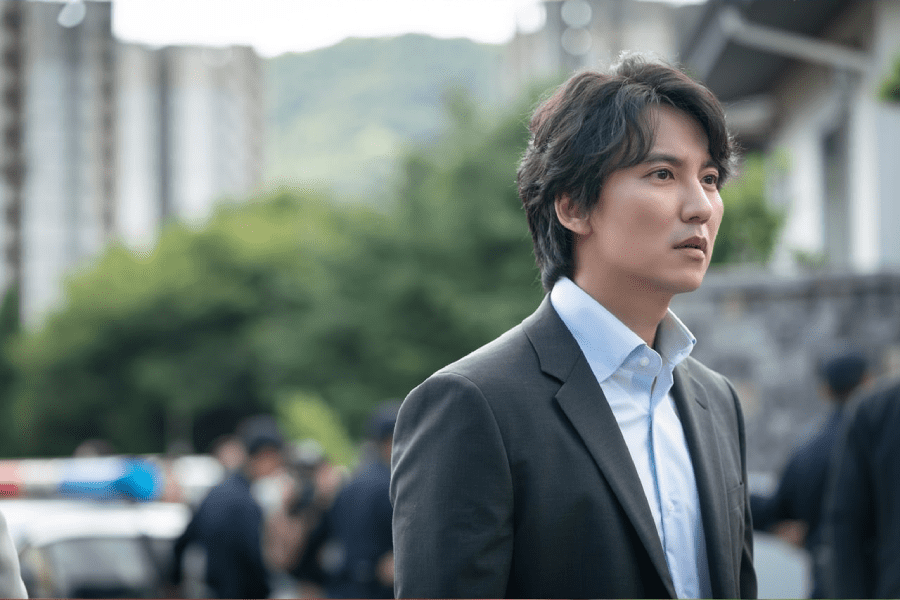 K-drama detective heroes used to be pretty cookie cutter, but things really are changing of late. Most detective heroes tend to be either really clever or really angry, but Song Ha Young isn’t any of that. He isn’t a muscly action man either. He’s just a candy-loving fellow who feels a strong responsibility to do his job right and tries to do right for the victims. There’s no fanfare announcing his presence, but Ha Young’s a man who feels very, very deeply, and that’s not something we see much of in crime dramas. He cares so, so much but represses it because he doesn’t know how else to process it. Kim Nam Gil does a wonderful job bringing Ha Young to life, and there’s never been a hero so easy to root for. There’s always so much in his eyes: pain, worry, weariness, and determination.

This focus on realism and ordinariness makes sense as this drama is an adaptation of the nonfiction novel of the same name by Kwon Il Young, Korea’s first criminal profiler, and Go Na Moo. 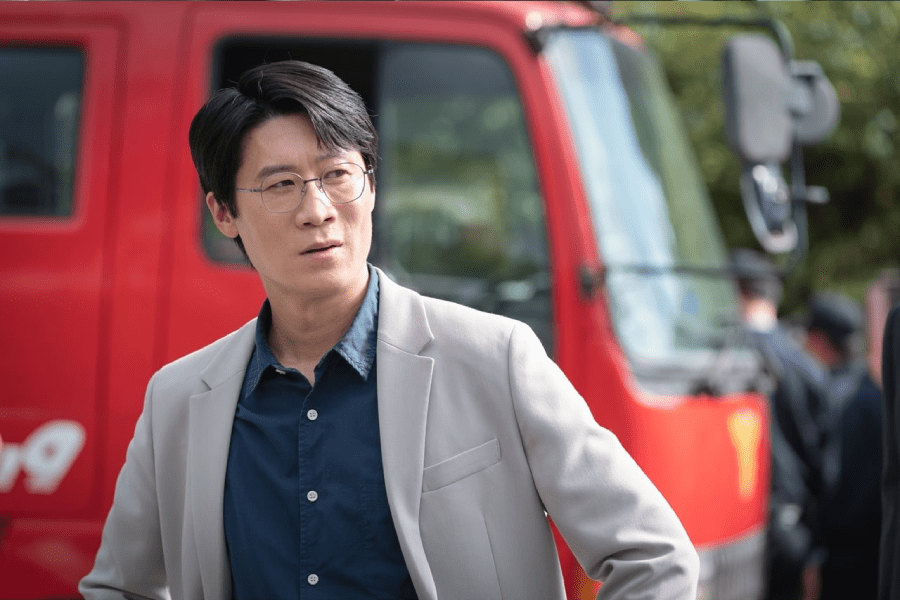 This isn’t just Kim Nam Gil’s show. Teaming up with his character is Guk Young Soo (Jin Sun Kyu), the mastermind behind Korea’s first profiling department. Formerly a highly respected Head of Forensics, Young Soo sees the need for a police department that’s proactive instead of reactive and seeks to prevent future crimes. Unfortunately, no one else in his police district seems to agree. 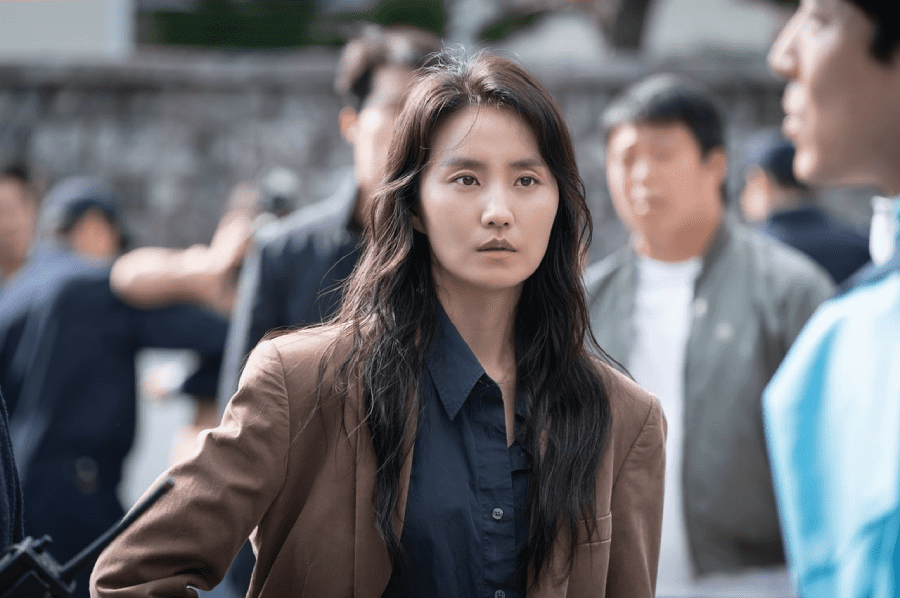 Rounding out our main trio is Yoon Tae Goo (Kim So Jin), a police chief who happens to be a woman and never hears the end of it. She’s competent and fair, even if she’s a little biased towards Ha Young and Young Soo at first, but she has to endure repeated misogyny. Other cops, the heads of the force, reporters, familiar faces, and seasoned actors litter the cast, each bringing gravitas to their roles and fleshing out the landscape of policing in the late nineties and early 2000s. 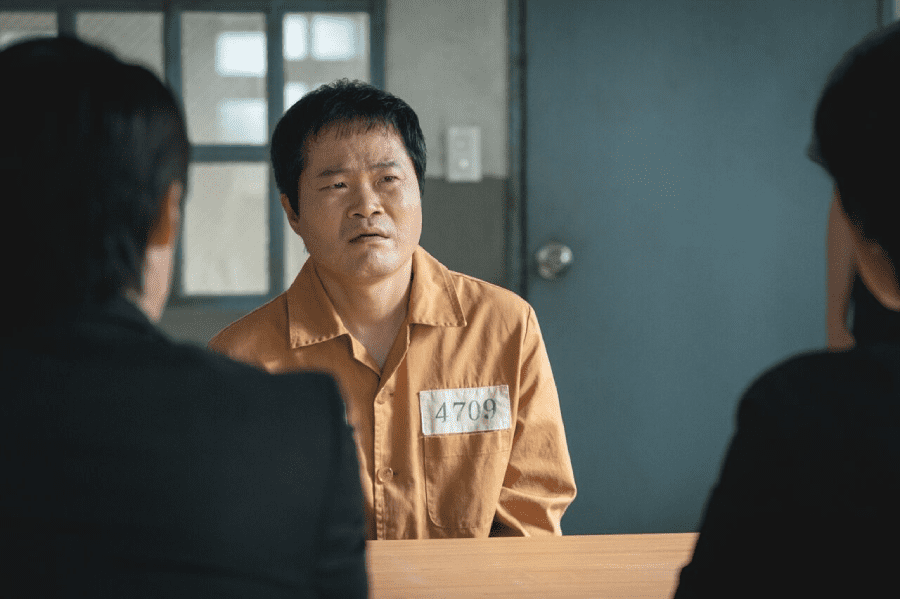 Crime shows are as reliant on villains as they are on heroes, and “Through the Darkness” does not disappoint in that regard. This show isn’t just a chronicle of Ha Young and company becoming profilers. If anything, that’s the background plot line. Front and center to the story are the cases that transform our band of profilers over time. The drama goes on a case-by-case basis, following several large cases over 10 to 15 years with a new criminal in every two episodes or so. As such, there’s a plethora of bad guys. Even better is that the villains aren’t outlandish or cartoonish but eerily human. They seem so normal and their behavior is so banal that it’s easy to see why Ha Young, Young Soo, and Tae Goo struggle to pick them out of a crowd. 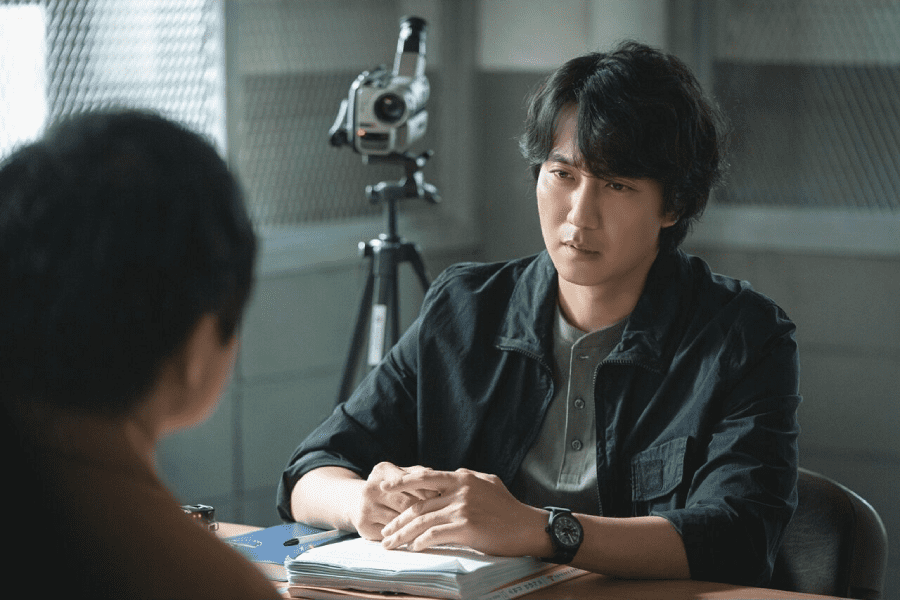 Some of the criminals are made (classic examples of what happens when a child is raised wrong). Others are born twisted. Both kinds are equally difficult to hunt down as they know just how to hide. It’s scary to see just how dangerous life was without CCTVs and limited DNA sequencing, as there really was no way for detectives to hunt someone down. Eyewitness accounts are crucial but fallible, and no one back then thought twice about contaminating a crime scene. It’s amazing that cops managed to solve crimes at all! But Ha Young and his team show that it’s possible.

All in all, “Through the Darkness” is a compelling watch. It may not be for everyone with its often unforgiving brand of realism. However, veteran crime drama watchers and casual fans alike will enjoy seeing this hero who wears his heart on his sleeve as his team doggedly seeks to read the hearts of the evil.

What do you think of “Through the Darkness” so far? Let us know your thoughts in the comments below!