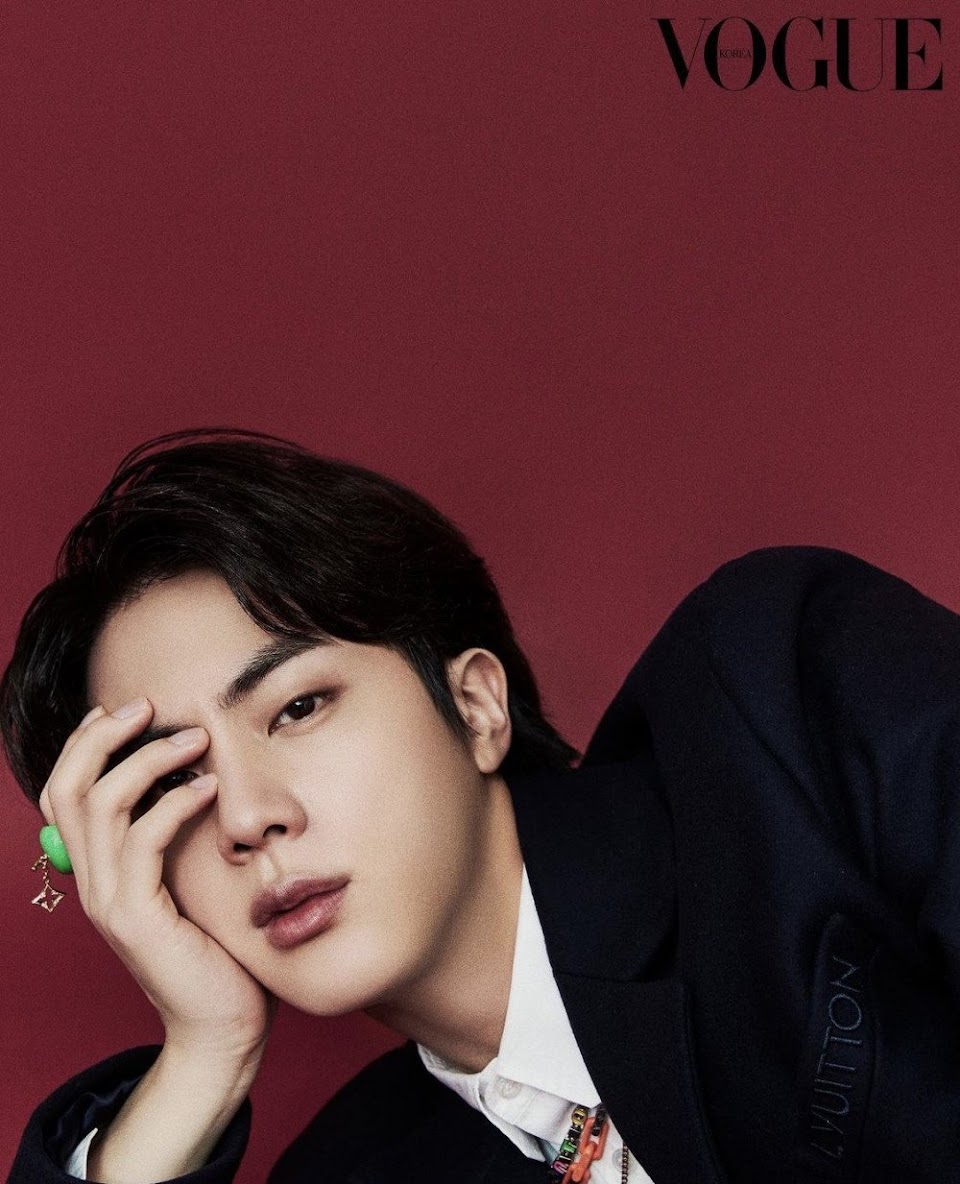 What do BTS‘s Jin and Chinese actor and model Dylan Wang have in common? Probably more than you think!

They’re both handsome as hell and gifted actors on top of it. Jin majored in acting, and we can see his skills to work in BTS WORLD, music videos, etc.

Dylan Wang has appeared in some of our favorite C-Dramas, including the remake of Meteor Garden, an adaption of Yoko Kamio‘s hit manga Boys Over Flowers.

What you may not have known, though, is they are both ambassadors for French high-end luxury fashion house and company Louis Vuitton.

#Jin in #LVMenSS22. The @bts_twt member and House Ambassador wears an oversized #LouisVuitton coat by Virgil Abloh in the January 2022 Special Editions of @VogueKorea and @GQKOREA. #BTS pic.twitter.com/2zeDDhyBaZ

So, as ambassadors, they get invited to fashion shows and, of course, frequently rock Louis Vuitton head-to-toe.

Often wearing fits from the luxury brand, it’s only natural that eventually, the two would wear the same thing at least once. Once, their fashion did overlap, resulting in them wearing the same shirt from Louis Vuitton. However, they still managed to serve totally different vibes while doing so.

The shirt in question is Louis Vuitton’s “Multicolor Watercolor Shirt.” It costs nearly a thousand dollars, being $935 USD.

In April of 2021, Dylan Wang shared an update to his social media, advertising for Louis Vuitton. As always, he looked dashing.

While his shirt was surely getting everyone’s attention as it’s bright and colorful, the advertisement was actually for something else…

The photos he shared on social media were an ad for the Louis Vuitton “Tambour Street Diver” Watch. In case you may be curious, it’s $5,605 USD.

His choice of Louis Vuitton shirt is perfect to go along with the advertisement for the watch as the band is in white with the brand name in blue. They perfectly complement each other. Also, he looks as expensive as that watch!

Wearing Louis Vuitton’s Tambour Street Diver Watch, with a taste of summer, Xiongdihuos have an energetic summer with me!

While Dylan gave off a debonair vibe, advertising a watch that many of us cannot imagine ever being able to afford, Jin radiated a completely different vibe when wearing this shirt from Louis Vuitton…

ARMYs first saw Jin wear the shirt with simple black trousers during a BTS live broadcast during summer 2021 with the rest of his members. It certainly made him stand out from the group, and it garnered attention, especially lots of teasing from the other members. At the time, the outfit was nicknamed “Vacation outfit” and “Pool Party Seokjin” by Jin himself.

This is my vacation outfit. It’s a set.

That alone should have been a hint at what was to come because ARMYs were able to recognize it again when BTS In the SOOP 2 premiered in the fall! One of Jin’s favorite outfits to wear during the mini-vacation was this matching set of the shirt and shorts.

Even better, he would wear it with his go-to iridescent slippers, also from Louis Vuitton. Not to mention an accessory of a colorful unicorn pool floatie; he’s 100% ready for vacation.

Jin’s fit is quite expensive as the shirt, shorts, and slippers are each slightly over $800 USD. Yet, altogether, it’s still not as expensive as Dylan Wang’s watch!

Also, in the last episode, Jin revealed a backstory behind the colorful watercolor outfit. He was sitting with RM, who had begun to tease him about the outfit of choice.

I went to the store, and I told the worker I don’t like flashy outfits and asked for something rather plain. And the worker said, ‘Jin, you chose seven items, and you chose six flashy items.’

i can’t get over how shy and pleased jin looks when namjoon was talking to him,so opposite of his flashy outfitpic.twitter.com/TPlkjHTGWe

So, while Jin didn’t originally intend to pick something so flashy to bring with him to the filming of In the SOOP, the outfit must have just chosen him. Honestly, few people can pull off such bold looks, but both he and Dylan certainly can!

Jin makes the expensive outfit look comfortable, ready for a vacation in a Caribbean paradise. We can totally imagine it on a cruise to The Bahamas.

ARMYs actually are convinced that this Louis Vuitton does something to Jin! It totally brings out a whole different side of him that’s both confident and hilarious!

something happens when seokjin wears this fit pic.twitter.com/NocVDo9gnV

Dylan Wang, on the other hand, appears less laidback in his styling. It may come down to simply the hair and accessories. Jin refrained from jewelry and kept his hair all-natural while Dylan advertised an expensive watch and had his hair perfectly coifed. Despite being totally different styling of the same shirt, they both look incredibly handsome, and we can imagine Louis Vuitton is more than happy with these two as ambassadors.

After all, these two are both veterans of wearing bold fashions that others aren’t brave enough to. Dylan often had to wear extreme looks as Dao Ming Si in Meteor Garden.

And, of course, what ARMY can forget Jin’s legendary white suit from Music Bank rehearsal? This will forever be iconic.

So, while Jin and Dylan Wang may serve totally different vibes even in the same fit, there’s no denying that they both can not only manage to pull off unique looks but look stunning as well!