Based on a web novel adapted into a webtoon, “A Business Proposal” is a romantic comedy about an office employee who goes on a blind date with her company’s CEO in place of a friend while hiding her identity.

Ahn Hyo Seop stars as Kang Tae Mu, the CEO of goFOOD. Lee Deok Hwa stars as Kang Da Gu, his grandfather and the chairman of goFOOD, who pressures him into getting married by constantly setting him up on blind dates. Kim Min Kyu stars as Cha Sung Hoon, chief secretary at goFOOD. Kang Tae Mu and Cha Sung Hoon have a mutually trusting relationship as boss and secretary.

Kim Sejeong stars as Shin Ha Ri, a senior researcher at goFOOD. Seol In Ah stars as her friend Jin Young Seo, the marketing team leader at Marine Group, a company that is run by her family. The blind date is set up between Jin Young Seo and Kang Tae Mu, but Shin Ha Ri agrees to go on the date instead while pretending to be Jin Young Seo.

To her horror, the blind date is none other than her actual boss! Unbeknownst to her, Kang Tae Mu has resolved to marry the next girl he goes on a blind date with because he wants his grandfather to get off his back. Meanwhile, Jin Young Seo is interested in Cha Sung Hoon, who only sees her as his boss’s blind date partner. 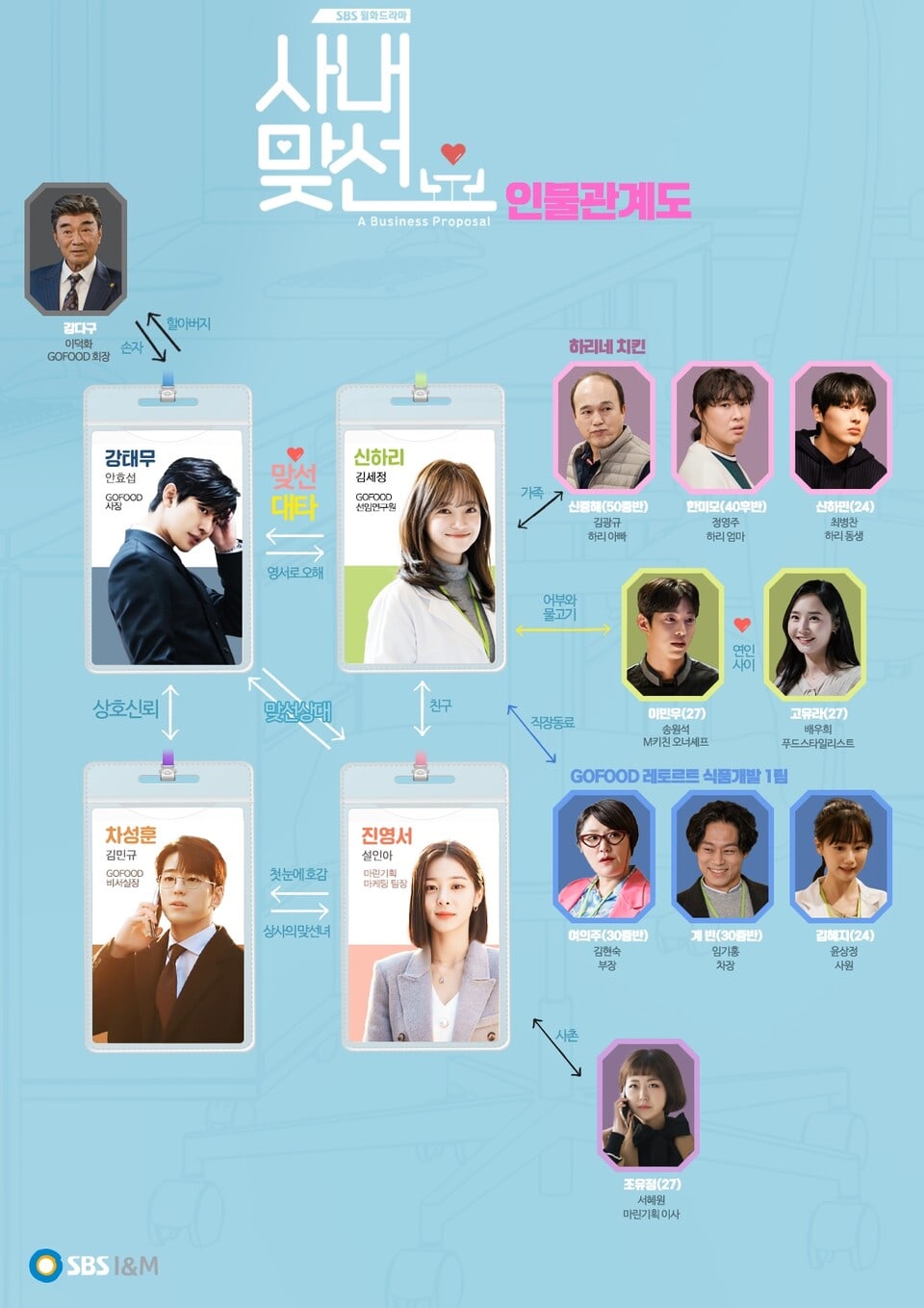 “A Business Proposal” premieres on February 28. Check out a teaser here!