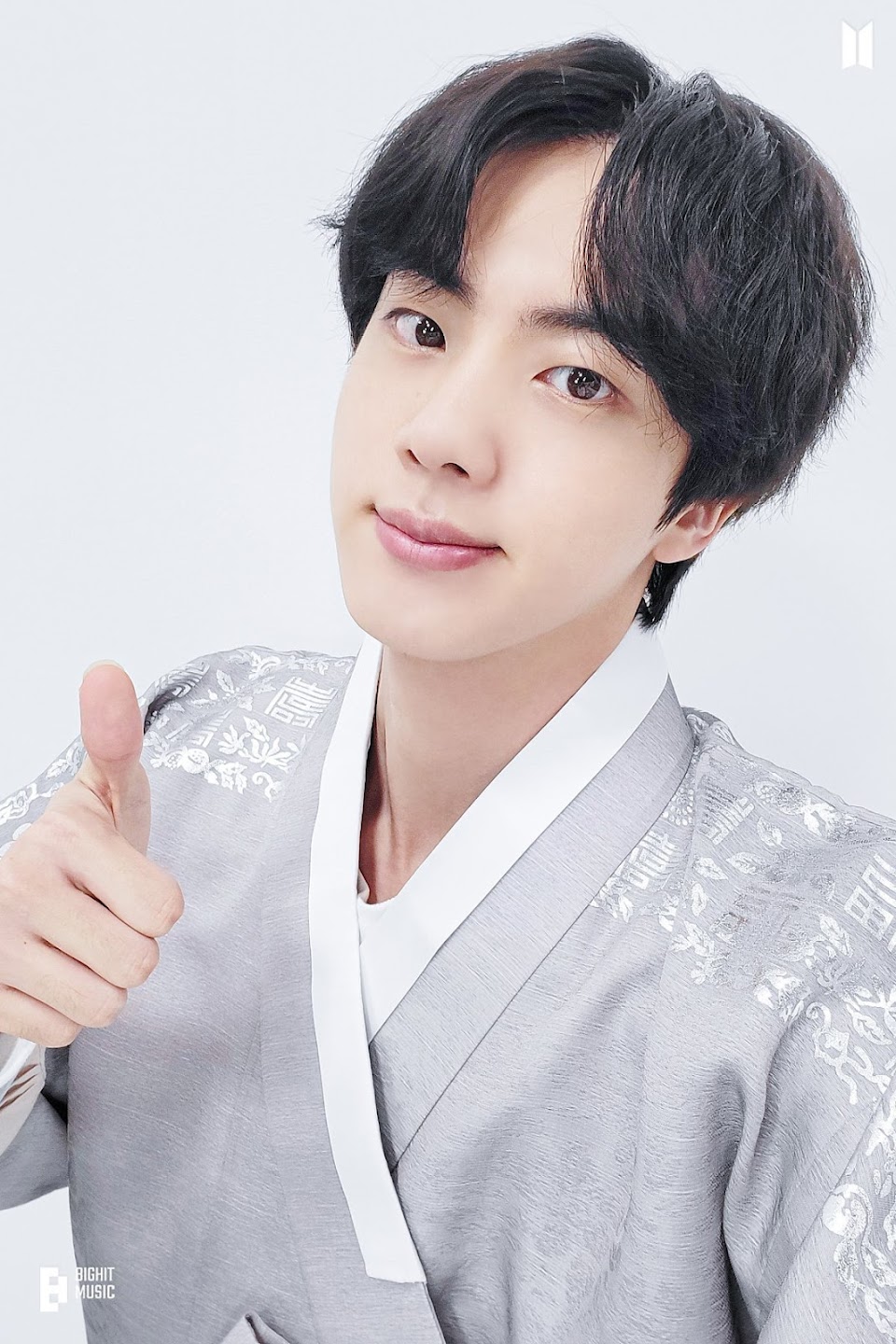 Jin‘s Worldwide Handsome face has graced magazines and won awards (no, really), but does it reflect his true personality? Australian “people reader” Alan Stevens believes that a person’s facial features give insight into their inner self. Here’s what Jin’s face says about him.

According to Stevens, a person’s width to length face ratio determines their confidence levels. People with narrower faces (less than 60% as wide as they are long) are cautious, while people with wider faces (70%+ as wide) are more confident.

Jin’s face is on the narrower side, noticeably longer than it is wide. This suggests that Jin is cautious by nature.

According to Stevens’, a person’s friendliness is measured by measuring the distance between the top of the eye to the eyebrow compared to the height of the eye. People with higher brows value their personal space, while people with lower set brows like to stay close to people.

Jin falls somewhere in between, but which isn’t surprising. This social butterfly is also an introvert!

People with wider-set eyes tend to be more tolerant of errors than people with close-set eyes.

Jin’s closer-set eyes suggest that he might have less patience for errors than his counterparts do. Suga, for instance, has wider-set eyes.

Is Jin’s comedic genius the result of nature or nurture?

He’s born with it! People with longer philtrums, like Jin, tend to be more humorous than people with shorter philtrums.

Stevens describes people with thin eyelid folds or no eyelid folds, like Jin, as “decisive” and “action-driven.” He says individuals with thicker eyelid folds are more “analytical.”

How is charisma measured? By the color and depth of the eyes. The “deeper-colored” your eyes are, the most likely you are to be a charismatic person. By these standards, Jin has plenty of personal magnetism!

For more, check out the facial analyses for J-Hope, V, Jungkook, Suga, and Jimin.