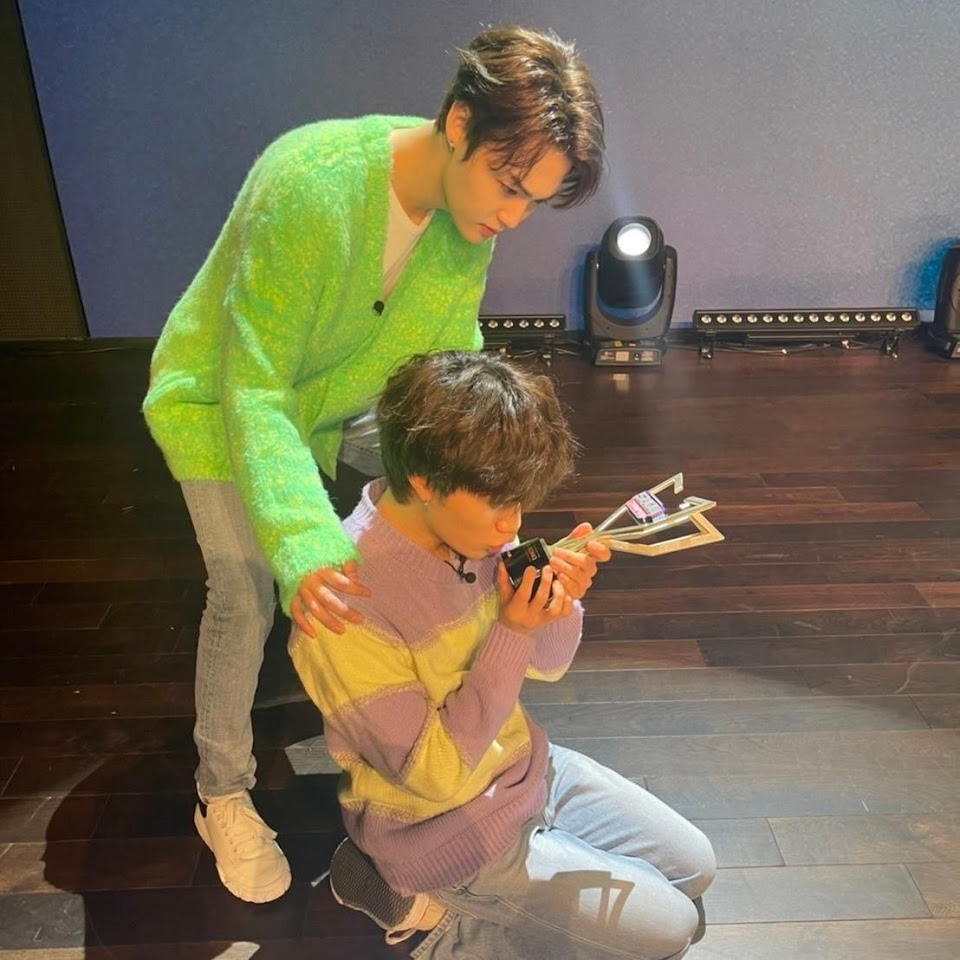 TREASURE has finally achieved their first win on a music show! They grabbed first place on Show Champion with “JIKJIN” last February 23.

This achievement has been a long time coming for both fans and the members themselves. The latter has referenced it several times in the past, and looking back on these words is bound to make any TREASURE Maker sentimental.

Check them out below!

First up, Yoshi told reporters in the “JIKJIN” online press conference that he personally wants TREASURE to be recognized for their work with a win on a music show.

Very cautiously, I want us to be first place on music programs. I want to enjoy that moment as soon as possible with TREASURE Makers.

Yedam mentioned something similar in the same press conference. The group has wanted the honor of placing first since pre-debut, but it was an elusive goal that always ended too close yet too far at second place. For instance, TREASURE was nominated on M Countdown with their debut song “BOY” and their previous comeback “MY TREASURE.”

I imagine winning first place on a music show a lot. We even prepared our feelings, but unfortunately, we came in second.

Because of that, he often thought in the last few months, “I‘ll do my best to make that dream a reality.”

Though winning was important, it wasn’t everything to Yedam. When asked, “Where will TREASURE be ten years from now?” during a one-on-one talk with Mashiho, he detailed his goal to become successful slowly but surely.

This is how I feel. Even if we don’t make it big at first, I want to grow bigger little by little.

In fact, he often makes winning first place low on his list of priorities. Yedam values hard work and perseverance over noticeable results.

A person who can make a positive influence and can let things go without holding them in. A person who is humble and respectful and can make people laugh. I hope we become a TREASURE who does their best rather than being the best.

Now, however, Yedam can have the best of both worlds—slowly reaching the top of the music industry and doing it with a win under TREASURE’s belt!

Congratulations, TREASURE! If you haven’t seen it yet, check out their “JIKJIN” music video below.