NCT’s Doyoung Goes Shirtless For The First Time In Steamy Alexander McQueen Photoshoot — And Absolutely No One Is Complaining : Entertainment Daily 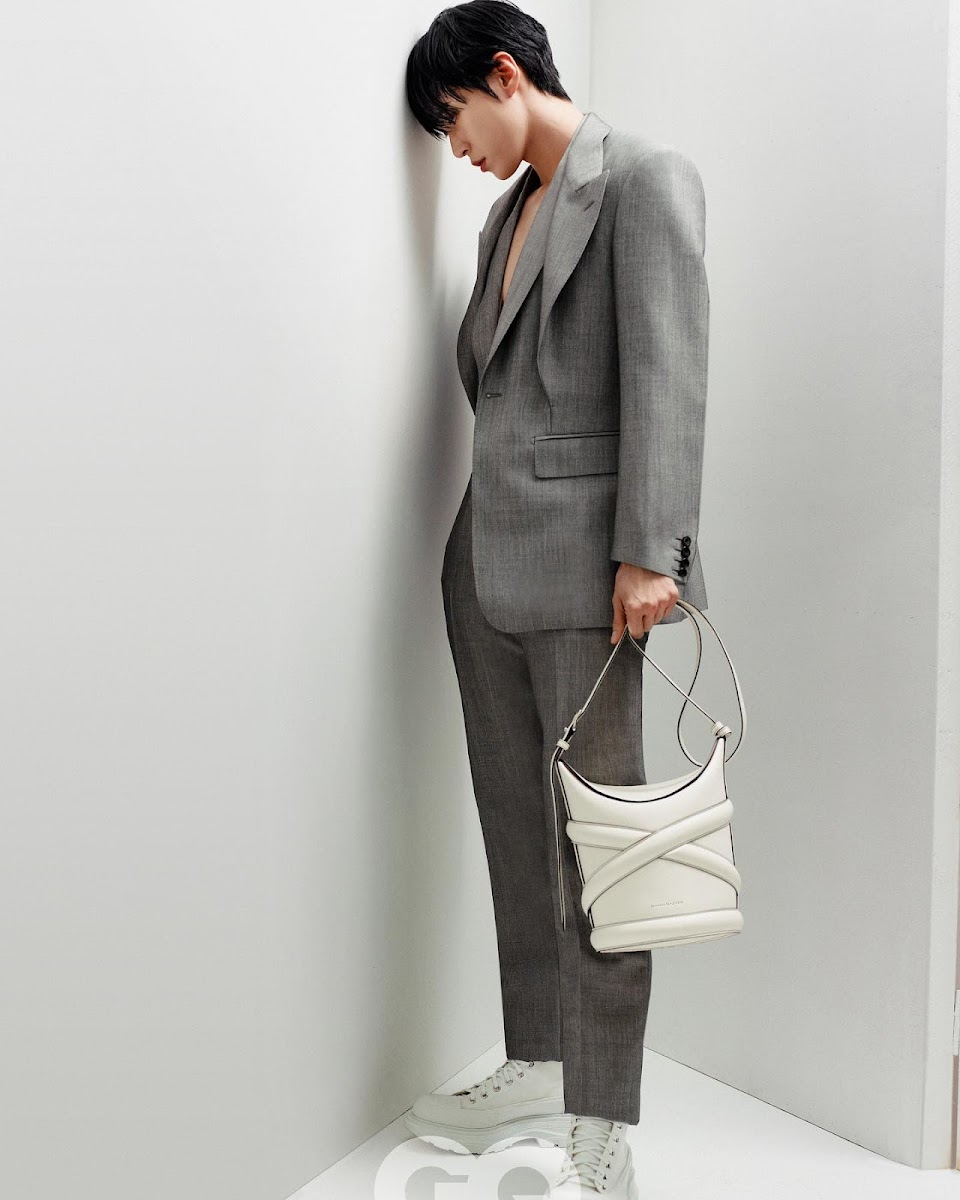 Unlike many of his members in NCT, Doyoung does not often go shirtless, either for photoshoots or performances. In fact, he is perhaps known for being one of the more conservative members—though that may have changed now with the reveal of new images from his GQ Korea pictorial in collaboration with Alexander McQueen.

Earlier this month, NCTzens were treated to an early glimpse of the pictorial, leaving them absolutely shook.

KIM DOYOUNG WHAT THE FUCK pic.twitter.com/VVieRFITlb

Nothing but facts were said…

kim doyoung for gq magazine is such a masterpiece. pic.twitter.com/HzV1w0slv3

…but no one could have imagined what was to come. Over the years, Doyoung has come tantalizingly close to losing his shirt…

…wearing a number of deep cut shirts and blazers that did not leave much to the imagination. Even this new pictorial had plenty of great looks that seemed to tease.

But it was Doyoung who finally revealed it all by posting pictures of the behind-the-scenes of the photoshoot to his Instagram. One of the pictures did not show much…

…but Doyoung absolutely did not fail to make sure fans got a good look at his ‘washboard abs.’

this is the MOST topless we have seen of doyoung since he debuted.. cnt believe we live to see this day pic.twitter.com/JqribVwgsX

…joining the ranks of NCT members who showed off or debuted their impressive abs in similar fashion.

ladies and gentlemen, i present to you, doyoung, jaehyun, and jungwoo pic.twitter.com/mkayDQZgLN

This is somewhat of a turning point for the ‘mom of the group,’ but it is definitely a welcome one for fans!

Congratulations to Doyoung on his impressive photoshoot. It seems like he’s made everyone proud, even the editor of GQ Korea!

The editor of GQ KOREA liked the post too! https://t.co/gAmpnfEcm7 pic.twitter.com/sn8cZ7c0DY