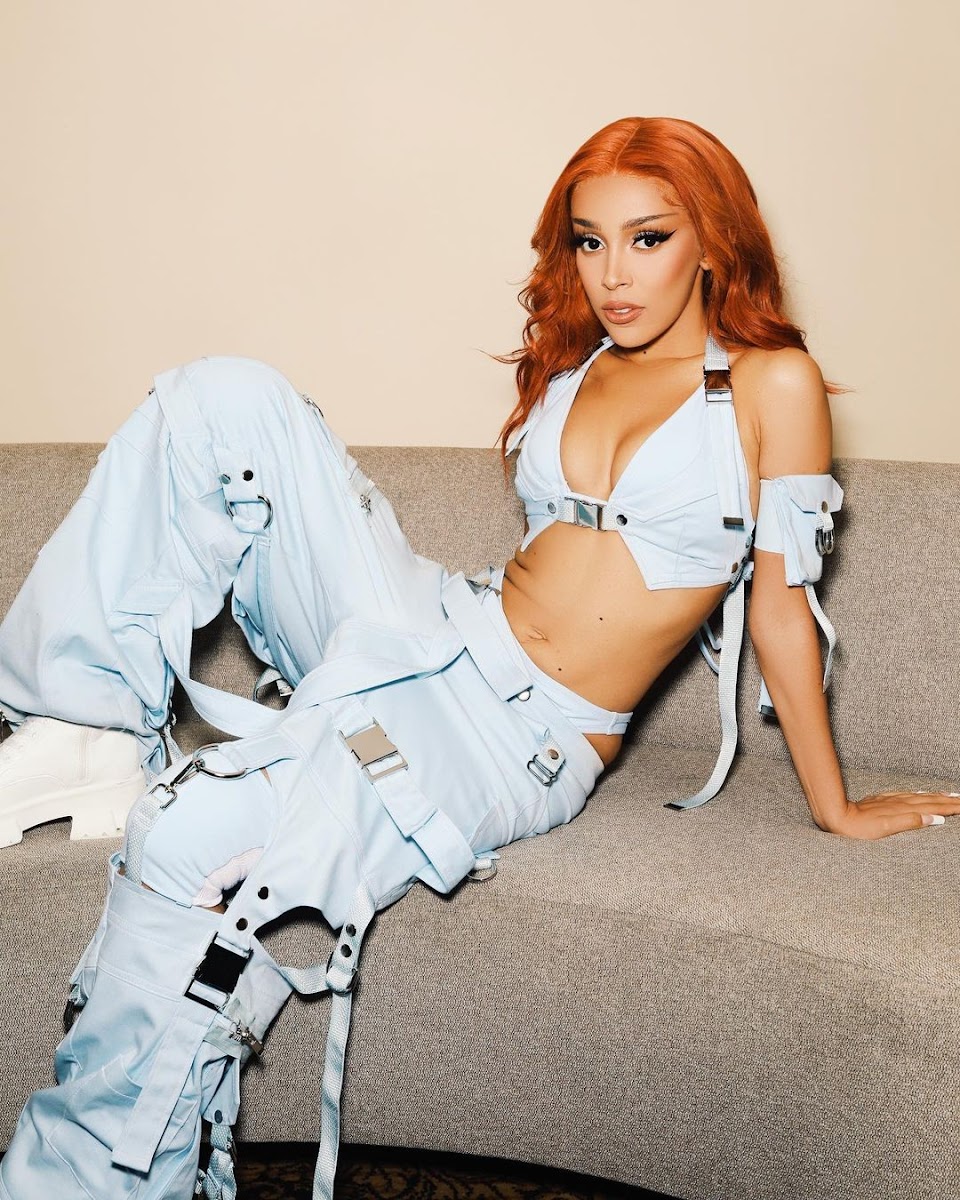 ARMYs have been hoping for a BTS and Doja Cat collaboration forever… There are tweets dating back as early as 2020 of fans wishing for the two to do a song together.

Am I the only one who wants doja cat to collab with bts? pic.twitter.com/e20nJG9x7C

Especially ARMYs imagine what J-Hope and Doja Cat’s voices would sound like together. Even edits are made as if J-Hope featured on some of Doja Cat’s hits. One of the most popular edits is of Doja Cat’s “Get into It (Yuh)” mashed with J-Hope’s song “항상 (HANGSANG)” from Hope World. As of the time of writing, the video below has 514,497 views.

We already know their voices would sound amazing together. Not to mention they would match each other vibes so well! BTS’s galactic concepts with Doja Cat’s “Planet Her?” Yes, please.

Some thought that this was a subtle hint that he would be collaborating with Doja Cat.

what if hobi suddenly like cats because doja cat collab soon.

If this sounds like a stretch, hear us out… An ARMY pointed out that before he collaborated with Becky G for “Chicken Noodle Soup,” she had simply posted Korean snacks, causing ARMYs to speculate of a collab that turned out to be true. Similarly, J-Hope had posted a video of chicken noodle soup leading up to the release.

Now ARMY are putting theories of Hobi posting stories abt cats it’s might be about Doja cat yall pic.twitter.com/8YBWk6xEqB

Neither Doja Cat nor J-Hope has addressed rumors until now. Recently, she held a live broadcast on Instagram. Doja Cat read viewers’ comments, including one asking her about collaborating with BTS.

‘BTS and Doja Cat collab when?!’

Unfortunately, Doja Cat’s response was short and simple. Like the rest of us, she doesn’t know. Still, she didn’t exactly say “No…”

So, fans have hope! “I don’t know” can be interpreted as “soon.” Right?

IM TAKING THAT AS A YES😇😇 pic.twitter.com/9h8aNPdh1O

If there was any doubt of a collab one day, we know that both BTS and Doja Cat are fans of each other. Knowing that some of BTS’s most recent collabs like Coldplay and Megan Thee Stallion came from mutual respect and fanship of the other, it seems very likely! Previously, J-Hope and RM mentioned wanting to collaborate with her in an interview.

Likewise, Doja Cat has even defended BTS on Twitter. Don’t ever try to invalidate the group’s hard work, success, or fandom to her!

I remember when I was fighting some armys who ran out of things to say so they started to attack Doja out of the blue saying she shaded bts just for Doja to tweet this minutes later 😂 mfs was embarrassed and I know they cried when Hobi said he wanted that collab. Bts x Doja cat! pic.twitter.com/iidMvEhQRk

That’s not all either. One of Doja Cat’s most iconic looks was actually inspired by Jimin!

BTS’s Jimin Actually Inspired One Of Doja Cat’s Most Iconic Hairstyles, According To Her Hairstylist