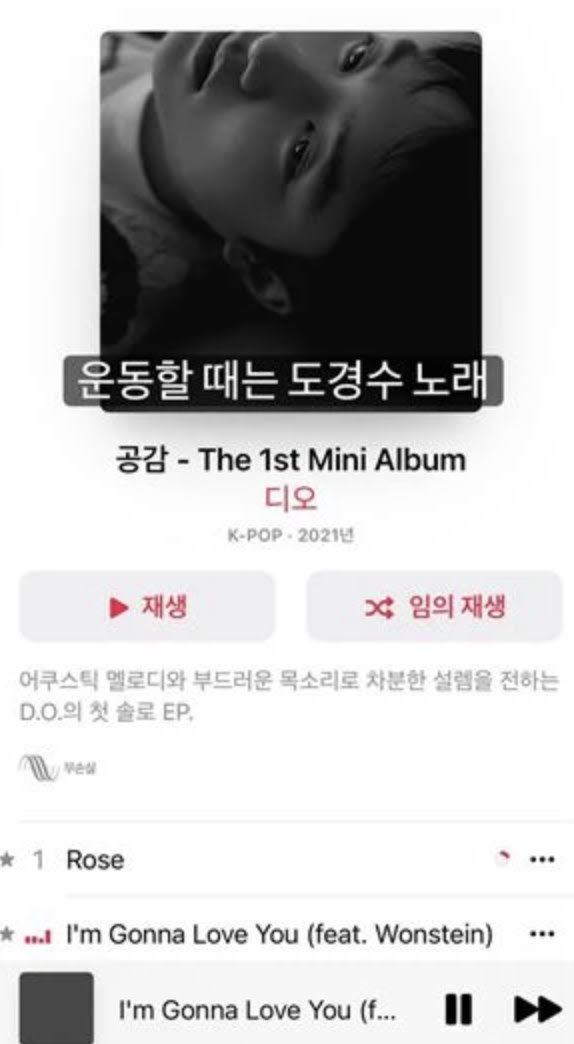 Although the worlds of K-Dramas and K-Pop were once completely separate, it seems as if they are closer than ever. Not only are idols starting to act, and actors are showcasing their ability to sing and perform, but the friendships between them are truly iconic and make netizens so happy.

One friendship in particular that fans can’t get enough of is between actor Kim Woo Bin and EXO‘s D.O.

If that wasn’t cute enough, Kim Woo Bin finished by giving a little shout-out to D.O. by saying “Hi Do Kyung Soo” with the world’s most adorable wave.

Yet, it shouldn’t be surprising how obsessed Kim Woo Bin is with “Roses.” Not only is it an amazing song, but when it was first released, Kim Woo Bin showed his love for the track.

The actor uploaded D.O.’s “Rose” track onto his Instagram stories, but he shared captions with some supportive words for the EXO member. In the first picture was a D.O.’s solo mini-album tracklist. In the caption, he shared the same information from the video, saying he listens to the song while working out.

While I exercise, I listen to Do Kyung Soo’s song.

The next photo was a screenshot of D.O.’s comeback title track “Rose,” which was captioned with “Hurray Do Kyung Soo.”

Kim Woo Bin has been known to share his love for the EXO member is also famously known amongst their fans, as Jo In Sung previously shared in an interview that “Do Kyung Soo is Kim Woo Bin’s love. He’s always saying ‘where’s my love, Do Kyung Soo?’”

Hopefully, fans won’t have to wait too long for the next interaction between the two. You can watch the whole video below.