JTBC has uploaded a new making video for “Thirty-Nine”!

“Thirty-Nine” stars Son Ye Jin, Jeon Mi Do, and Kim Ji Hyun as three friends who met in their second year of high school and are now on the verge of turning 40. Son Ye Jin plays Cha Mi Jo, the head dermatologist of a clinic in Gangnam. Jeon Mi Do takes the role of Jung Chan Young, an acting teacher who previously dreamed of becoming an actress, and Kim Ji Hyun stars as Jang Joo Hee, a department store cosmetics manager.

The clip begins with Son Ye Jin and Yeon Woo Jin at the theater. They exchange ideas with the director about how to naturally portray the scene. Son Ye Jin suggests that she and Yeon Woo Jin coincidentally bump into each other because of the streaming crowd. When they do a rehearsal, they can’t help but laugh at the stampede of people, and Son Ye Jin grabs her co-star’s arm before asking, “Where are you going?” 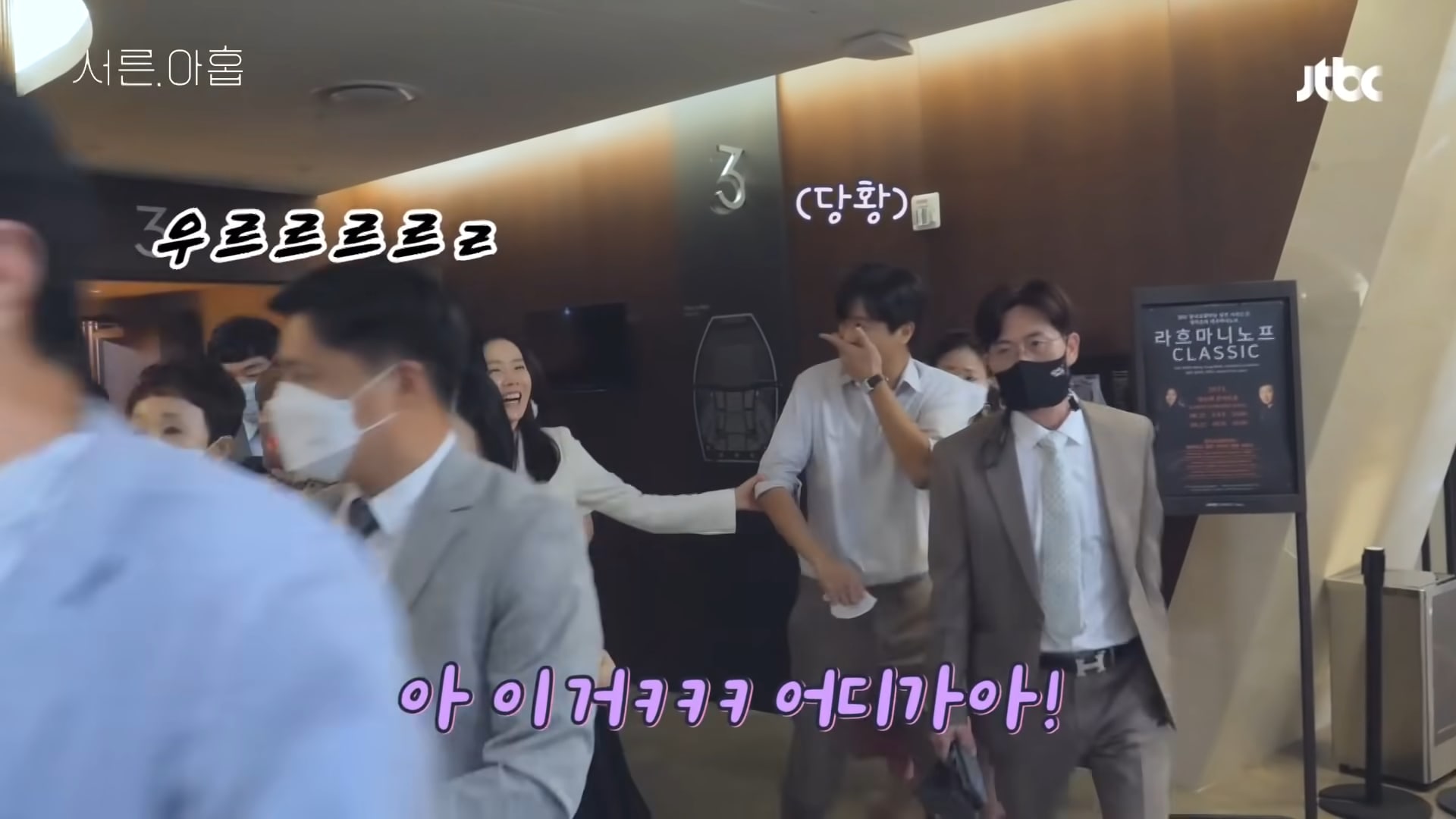 Next, the two actors team up for a kiss scene. Before filming, Son Ye Jin and Yeon Woo Jin discuss the details with the director to get a better grasp of the crucial moment. Son Ye Jin stretches out her arms towards Yeon Woo Jin to begin rehearsal, and he immediately goes towards her without her having to call for him. During practice, Son Ye Jin giggles as she comments that he’s like a player. Flustered, Yeon Woo Jin asks, “Who’s like a player?” Then playfully, he starts dragging her away, saying, “Shall we?” 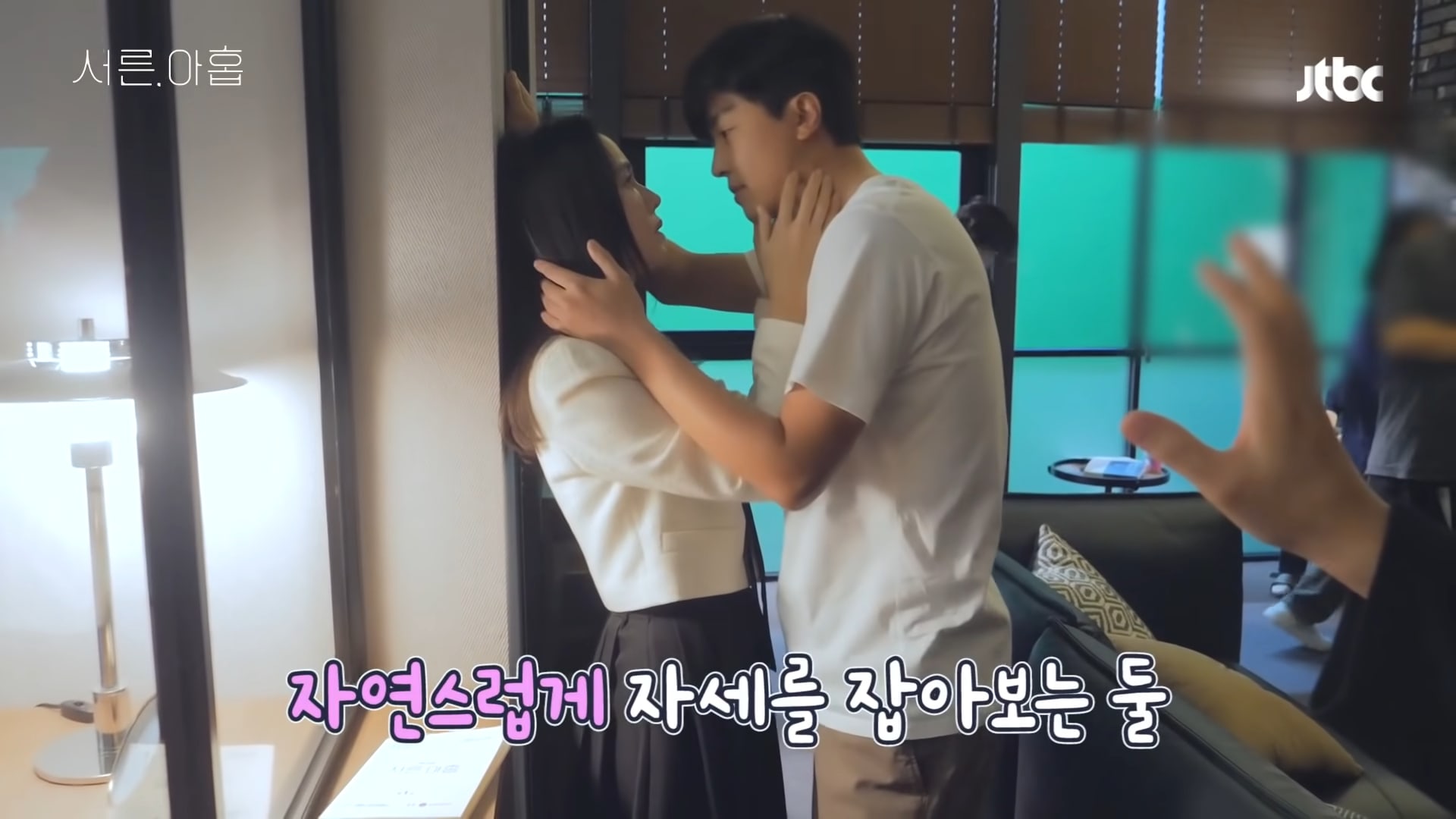 Once they officially dive into shooting, the playfulness is long gone, and they film the kiss scene with passion and seriousness. Before they shoot the part where the camera zooms into their hands as he leads her to the bedroom, the director comments they need to hit the slate, and Yeon Woo Jin stands in front of the camera to do it instead of a staff member. Son Ye Jin lightly whacks him as she jokes, “Don’t get in the way.”

In the meantime, watch Yeon Woo Jin in “Search“: