Son Ye Jin Is In Despair After Finding Out The Truth About Jeon Mi Do In “Thirty-Nine” : Entertainment Daily

Get ready for an emotional roller coaster in the upcoming episode of “Thirty-Nine”!

On the previous episode of “Thirty-Nine,” Cha Mi Jo, Jung Chan Young, and Jang Joo Hee had a medical checkup. The doctor, who is Cha Mi Jo’s senior colleague, told Cha Mi Jo that Jung Chan Young was already in stage four of cancer. Cha Mi Jo denied it, but she couldn’t help but break down with hopeless despair. In response, she went to Kim Jin Seok (Lee Moo Saeng) and sobbed with resentment as she claimed, “It’s because of you, and it’s because of me.”

With increasing curiosity about how Cha Mi Jo will deal with Jung Chan Young’s illness, the newly released stills capture Cha Mi Jo’s complex emotions. In the photos, she’s in deep grief, and she looks troubled about what to do next. In one photo, she visits Jang Joo Hee, who is surprised that her friend came to her workplace without any notice. However, Jang Joo Hee spots Cha Mi Jo’s gaunt face and sad eyes and realizes something unusual has happened. 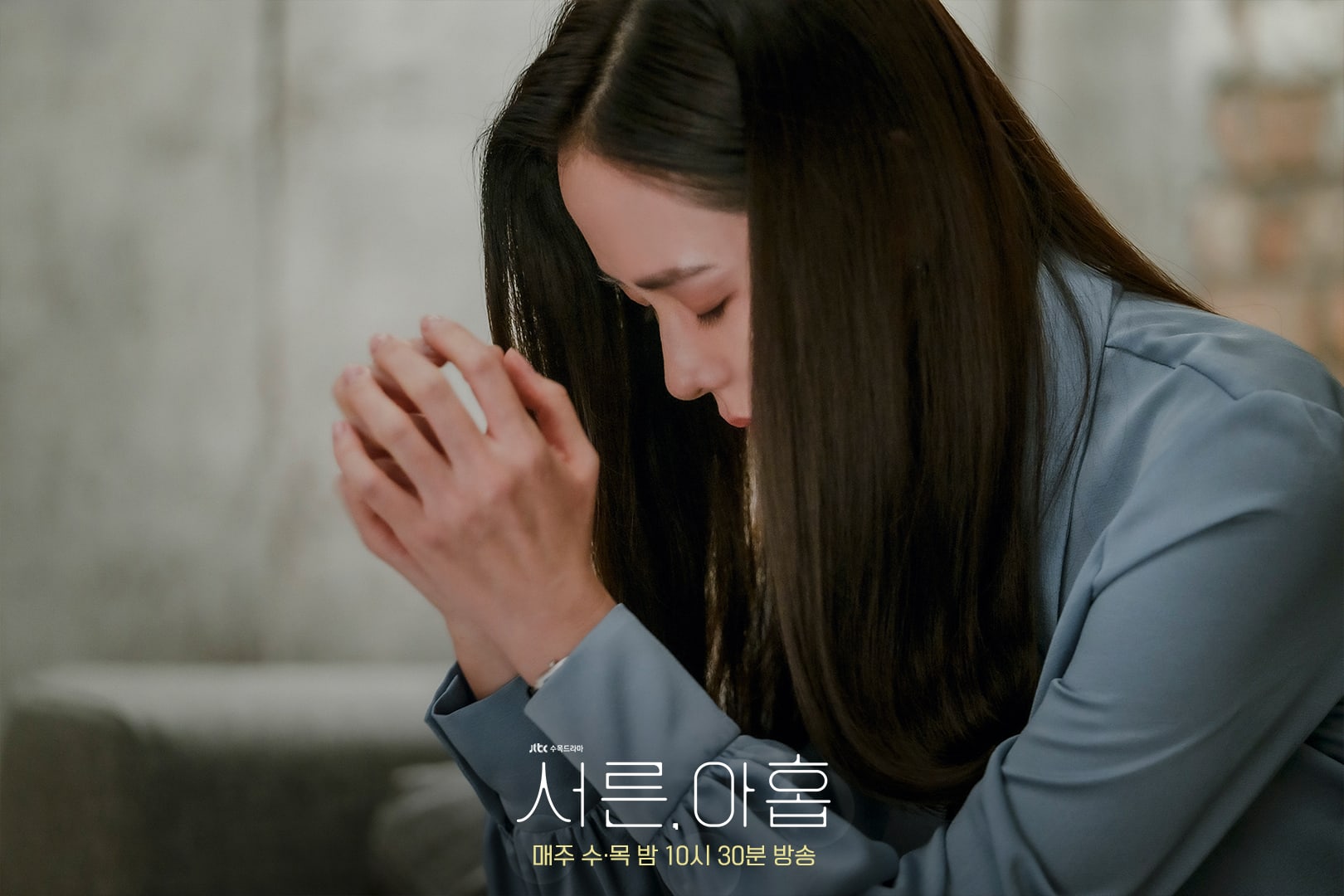 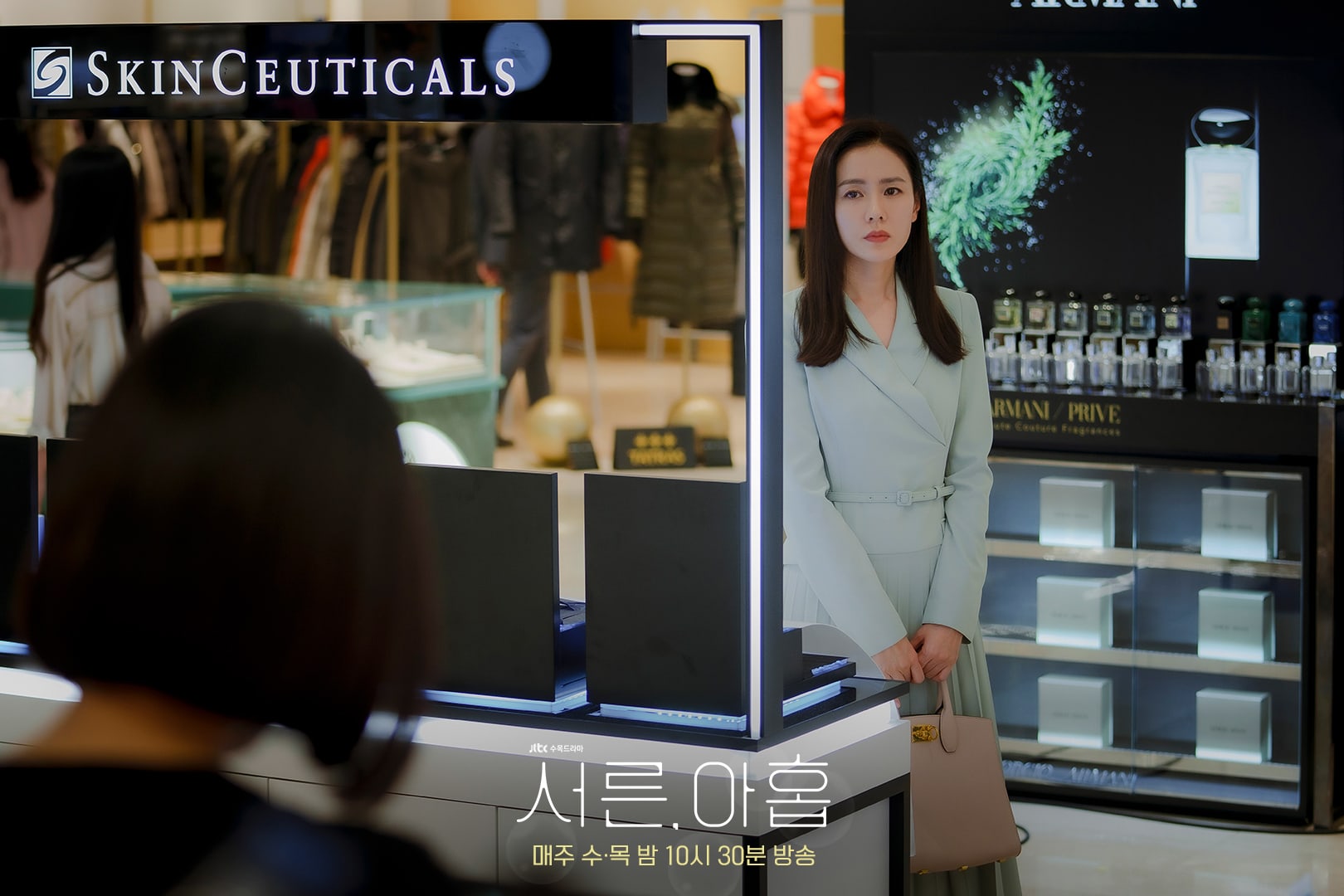 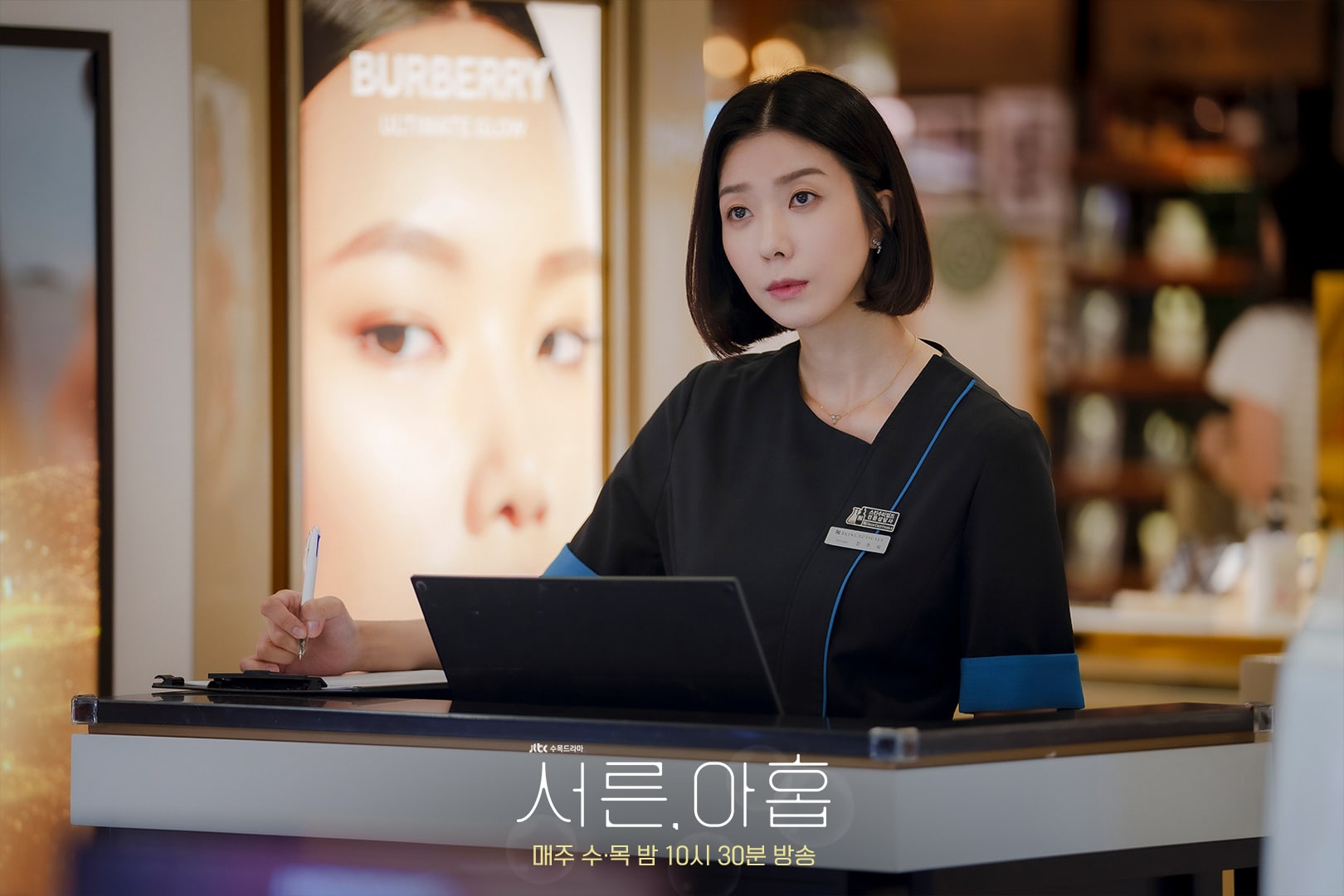 More photos show Cha Mi Jo with Kim Sun Woo (Yeon Woo Jin). Kim Sun Woo has a warm, comfortable smile on his face, hinting he may offer her some kind of solace. Cha Mi Jo softly gazes at him, and it seems as if she’ll be able to take a temporary break from her complicated emotions. When Cha Mi Jo broke down in Kim Jin Seok’s office in episode 2, Kim Sun Woo was the one who gently placed his hand on top of hers to quietly comfort her. Viewers can keep an eye on how he will cheer her up this time. 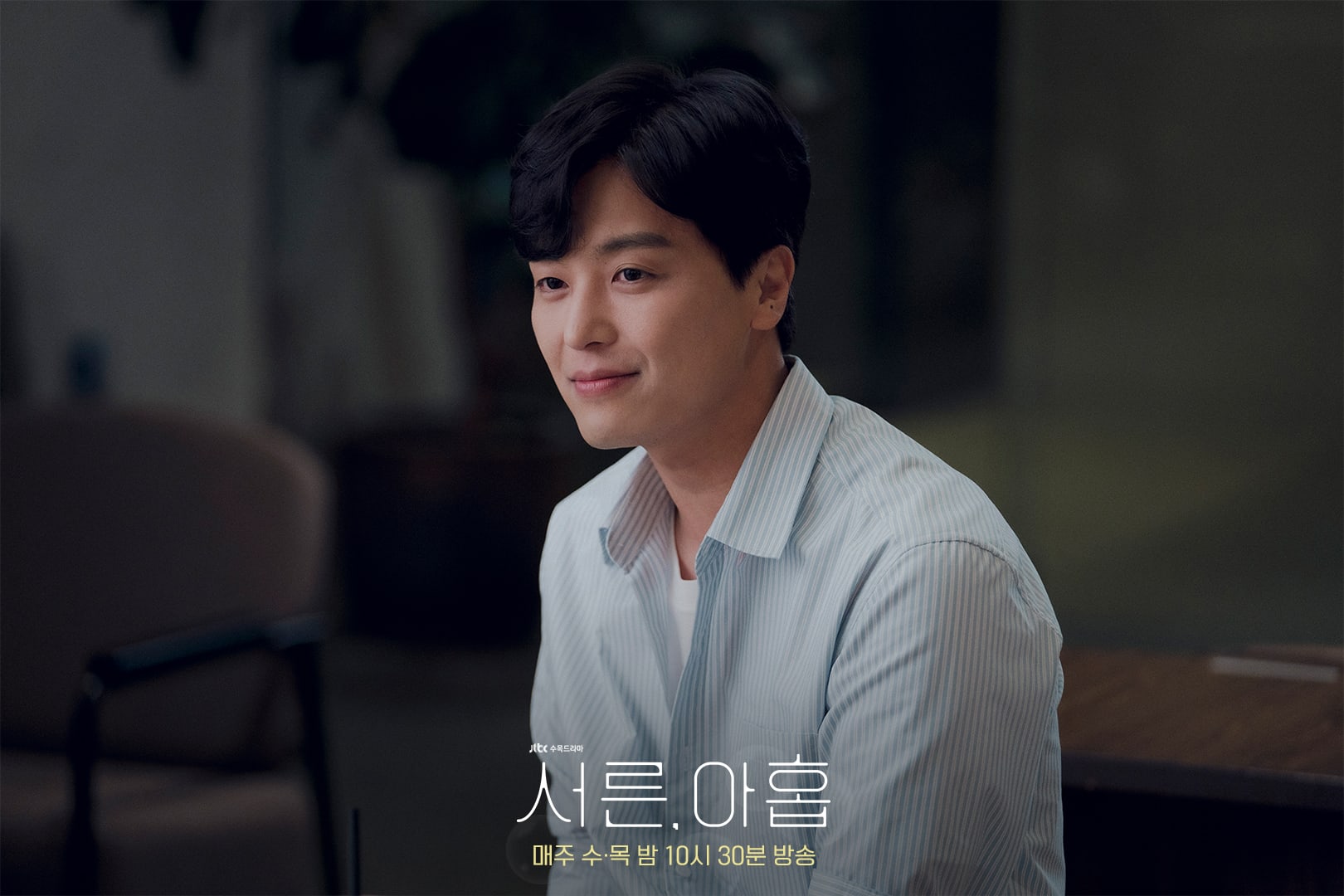 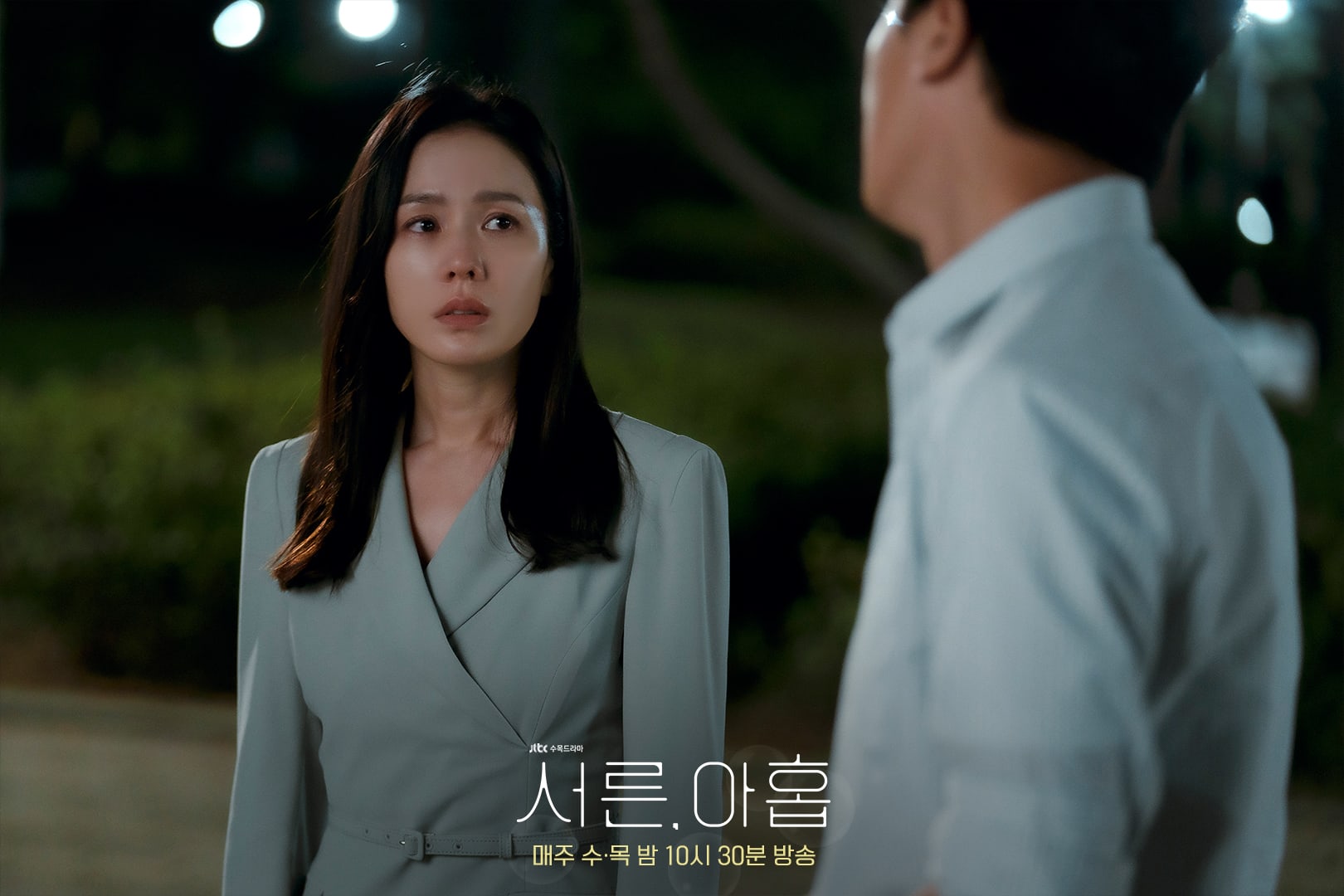 In the meantime, watch Son Ye Jin in “Personal Taste“: