Nobody Is More Whipped For BTS Jin’s Physique Than RM : Entertainment Daily 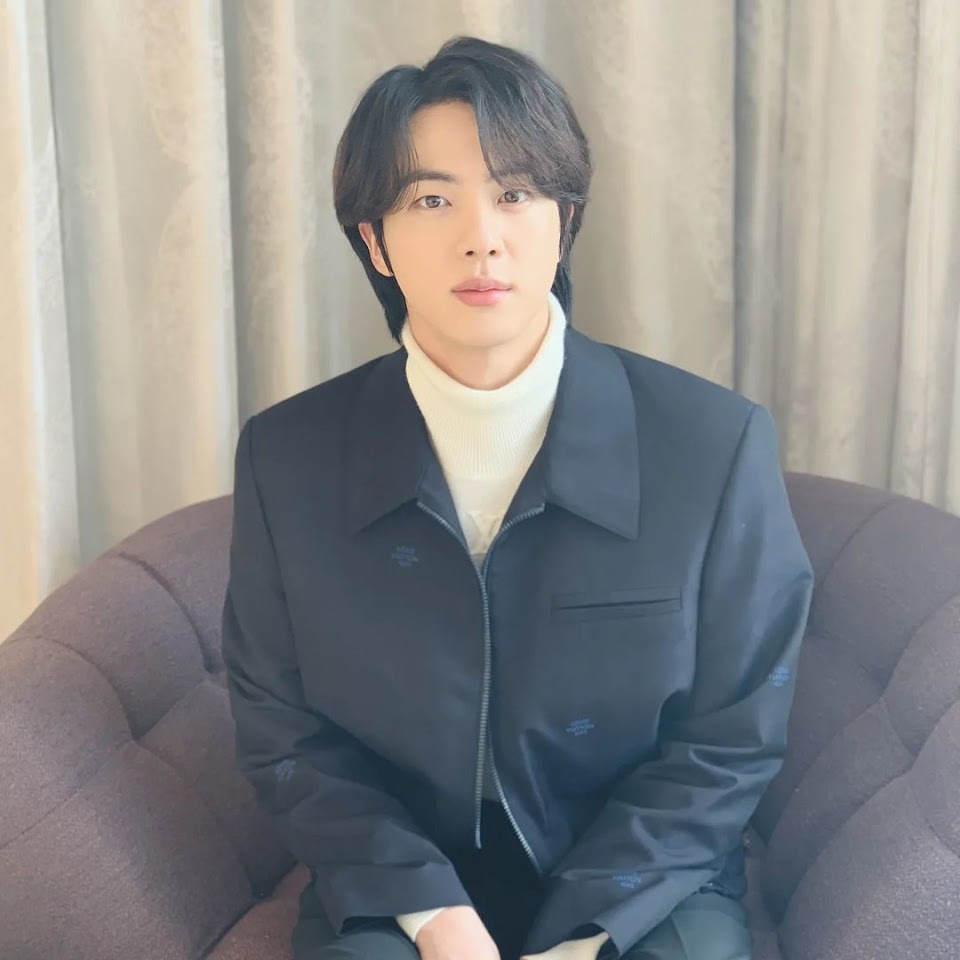 When it comes to idols that are the true epitome of perfection, one of those has to be BTS‘s Jin. Since debuting, he gained the nickname “Worldwide Handsome,” and it isn’t surprising to see why. Not only is he extremely handsome, but he’s talented and has one of the most charming personalities in K-Pop.

Yet, his proportions are definitely something to fangirl about on top of that. Many have pointed out that his posture is impeccable, just adding that the shape of his body is unique…

Even last September, Jin was praised for his “Godly” body proportions when the group left for New York.

Well, if ARMYs are in love with Jin and his proportions, it seems like someone is just as obsessed, and it’s none other than BTS’s leader RM!

On February 20, BTS’s RM, Suga, and Jimin surprised fans when they went live and spoke about everything from working out, plans for their future tour, and much more.

In particular, when discussing their workout techniques, the members started talking about how much they weigh after RM explained that he is living his best life, eating whatever he wants and working out at the same time.

Even though Suga thought RM might be around 80kg, BTS’s leader pointed out that he’s only 76kg.

The other members then shared their own weights along with what their goals are for the future tour.

Yet, it was RM’s next comment that had fans laughing after he explained, “I’ll tell you something shocking,” and revealed that it was all about the proportions of Jin.

Jin hyung is 61kg. The height difference between him and me is 2cm. Like 1.5cm. Almost the same as me. He has wide shoulders, but he’s 61kg. His body fat is really low.

RM then went on to praise Jin’s proportions even more. This time, rather than sounding “jealous,” he sounded more like an ARMY when he was talking.

This world is unfair. He was really born with his (shoulder) bones being this attractive.

The members then explained that they thought the reasons for this might be because he doesn’t eat anything except ramyun cup noodles and spends his time playing games.

I heard he said that. He’d rather play games instead of eating. He’s too busy to eat because he’s playing games.

When ARMYs watched the live broadcast, many couldn’t get over the fact that RM said this and seemingly revealed what ARMYs have been thinking for years.

As always, nobody is a bigger fan of BTS than the members themselves, and they will always be around to praise each other in any way possible. Yet, despite RM praising Jin’s proportions, there’s no denying all the members are perfect.

You can read more about Jin’s “Godly” proportions below.