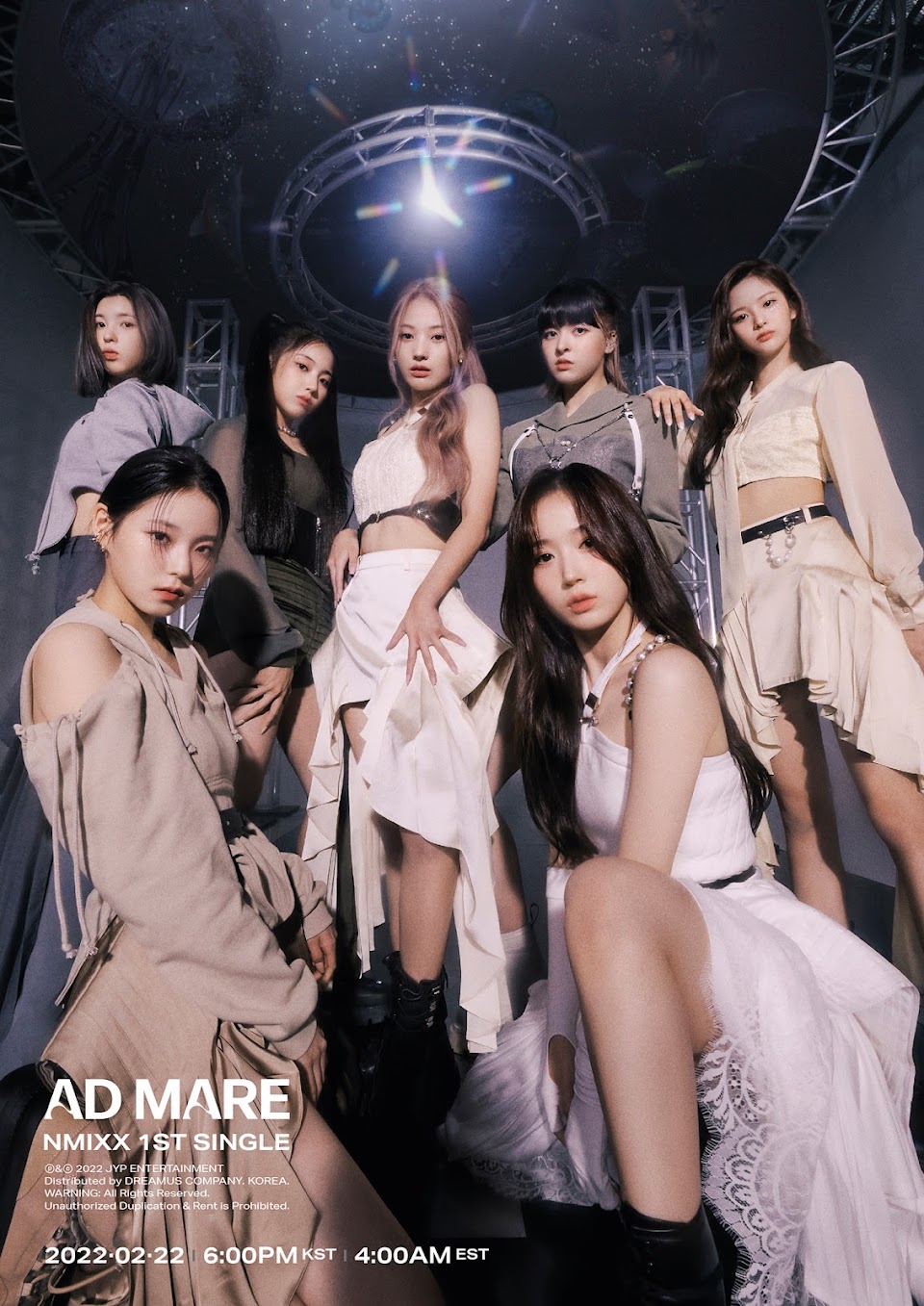 JYP Entertainment‘s new girl group NMIXX has officially made its debut, but the reactions have been somewhat mixed, given that JYP Entertainment has come under fire for allegedly plagiarizing other groups in NMIXX’s debut music video “O.O”.

…to fun and colorful.

The diverse range of imagery in the MV reflects the wide range of sounds and genres within the song, which is consistent with the group’s concept as ‘NMIXX’—a group with an experimental sound that mixes different genres together to create the ‘new genre’ of ‘MIXX POP.’

While netizens mostly seem to agree that the members all show great talent and plenty of potential, some have pointed out that the “O.O” MV bears strong similarities to other videos that cannot be ignored. Fans feel like certain shots in the movie look a lot like ATEEZ‘s videos, specifically the “Illusion” MV. ATEEZ is a group with a pirate-themed backstory, so a ship similar to the one in NMIXX’s “O.O” appears in many of their music videos.

Therefore, fans everywhere have been pointing out that the appearance of the ship in “O.O” lies dangerously close to plagiarism of ATEEZ’s concept.

instiz full of knetz/ktiny talking about the similarity between ateez and nmixx, and a lot pointed out how serious ateez and kq are about their pirate concept. pic.twitter.com/whuw9hWaar

ateez took traveling seriously because they ended up in another group’s debut video pic.twitter.com/7JEXiwYxbA

DIGIPEDI, the studio that produced “O.O,” is a studio that ATEEZ have worked with before, which could account for the similarities between the videos. However, as netizens have pointed out, DIGIPEDI did not produce ATEEZ’s “Illusion.”

I get that some scenes in the same settings can be similar. But Illusion wasn’t produced by Digipedi it was produced by FLIPEVIL pic.twitter.com/AkJkgsErUg

This makes the similarities harder to explain. While most fans agree that it is perfectly normal for different videos to have sets and themes in common, most videos should still have their own unique concepts that stand apart from others.

as someome who works in the field it is not a free card that just bc you produced one thing you can recycle it into another peoject especially for different people. sets and mood? okay pass maybe but taking the prior group’s leitmotive.. where did you get that freedom

and i want to make it clear
no, pirate concept isnt for ateez ONLY
the thing is you cant even tell that those scenes are from TWO DIFFERENT MVS
THATS THE PROBLEM

i am losing it at the people saying this set is common.. please show me all the other groups with flying pirate ships on pink clouds?? i will aknowledge it just please show it to me?

Yet, NMIXX’s video resembles ATEEZ’s videos in more than just the use of a pirate ship.

No but this is absurd and needs to be called out. No hate to the girls but the company shouldn’t be able to get away with this. #JYP_표절논란_해명해 pic.twitter.com/q5cTiFbX05

As a result the hashtag #JYP_표절논란_해명해, which asks JYP Entertainment to explain the alleged plagiarism, began trending.

Yet, in addition to issues with the alleged plagiarism in the video’s imagery, netizens have claimed that the group’s new genre of ‘MIXX POP’ isn’t exactly as new or original as JYP Entertainment claims it to be. While MIXX POP is supposedly innovative for combining songs of different genres into one experimental song, fans have pointed out that groups such as aespa have already done that.

In fact, aespa’s “Next Level” trended on Twitter at the same time as the debut of NMIXX’s “O.O” on February 22, with fans calling out the unfairness of the situation.

please stop calling it the next level 2.0 😅

can JYP atleast pretend???😭its so obvious they tried to recreate next level of their own. The girls deserve so much better!pic.twitter.com/DExq2XdqcG

Having said that, for many people it’s important to recognize that the issues with the video and with the ‘new genre’ are separate from the members of NMIXX, whose talent should still be appreciated.

Please have in mind that no one is attacking nmixx, we’re only complaining to jype about this matter. Stop twisting our words into something terrible that might start a fws again.

it’s upsetting bc these girls trained for YEARS to finally debut only to be met with so much hate. i know y’all absolutely hate the song and the “mixx pop” thing but pls leave the girls out of it. y’all say ur hating on jype but we all know that’s just not the case

nmixx just debuted 1 hour ago and y’all are so mean to them. if you don’t like the song, then ignore it and mind your own business. being kind is free. some of them waited for years just to debut. so please, let them breathe.

It is yet to be seen how the issue of alleged plagiarism develops, but in the meantime, congratulations to NMIXX on their debut! We wish them all the best in their career!