GOT7’s Jackson And (G)I-DLE’s Yuqi Swept Up In Dating Rumors — Here’s All We Know So Far : Entertainment Daily 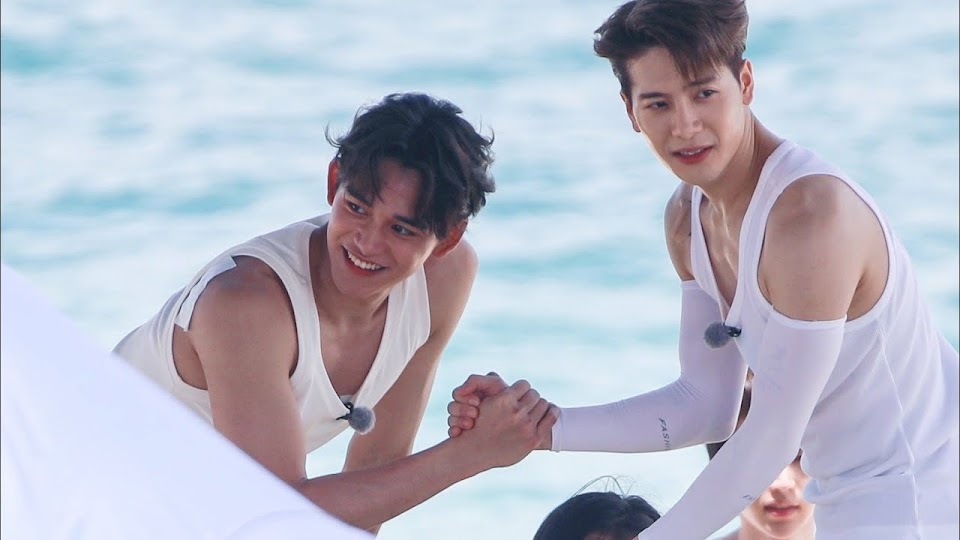 GOT7‘s Jackson and (G)I-DLE‘s Yuqi have been swept up in dating rumors. A video taken by a Chinese paparazzi was uploaded onto Chinese social media site, Weibo. In the video, it was detailed that Yuqi had been seen leaving a hotel in China as soon as she arrived in the city, and had been spotted at Jackson’s apartment complex soon after.

#SongYuqi was seen going to #JacksonWang‘s house after settling at a hotel. She was also seen carrying roses after returning from his house the next day. Paparazzis noted that SYQ’s driver was sent by Jackson. pic.twitter.com/CC6wpxVBjU

Is Jackson Wang dating? Previously I ran into Song Yuqi as she returned to Beijing in the day. Not long after she settled at a hotel, she was soon urgently sent onto a car by an assistant secretly and left. The car drove into Jackson’s apartment complex. In the morning the next day, the driver drove the car back to the hotel to fetch her assistant and they brought Song Yuqi, who had spent the night outside, back to the hotel together. She was even spotted holding 3 stalks of roses. Upon a closer look, the driver was one of the one’s under Jackson’s employment. It’s obvious who gave her the flowers. Not long later, Jackson left his complex and headed for the airport. He looked in good spirits and didn’t forget to say hi to fans. The third day, Song Yuqi left the hotel to fly back to Korea. She specially even brought the flowers back with her. I’ll not say more, you guys can watch the video.

The timeline according to the video is as follows.

The video went viral as fans began to search for the truth. Some fans recalled a prior incident where NCT‘s Lucas had been accused of allegedly cheating on his various ex-girlfriends. In one of the accusations, his alleged ex had mentioned that Lucas supposedly told her his close friend was dating another celebrity from Hong Kong.

…then he told me his schedule is really full next year, and he’s about to get more and more popular, so we might not be able to meet anymore. Now that I think about it, it seems like he was giving me a heads up. I jokingly said it’s okay, I’ll go fangirl over the other celebrity from Hong Kong then. To irritate him, I told him before I started being a fangirl, I really, really liked this male celebrity. He then told me, ‘That’s fine. His girlfriend is a friend of mine. We recorded a show and even went to get our ears professionally cleaned together.

It is well-known that both Lucas and Jackson hail from Hong Kong, and that Lucas and Yuqi are famous for being friends. They recorded the Chinese version of Running Man together.

Fans have begun to attempt to debunk the accusations. According to a user on Weibo, the car that had been used to pick Yuqi up and drop her off was different from the one Jackson used to go to the airport. However, others pointed out that the original paparazzi had also mentioned that Jackson employs more than one driver.

It was also claimed that the outfit Yuqi was spotted in as she entered the hotel was different from the one she wore at the airport. Others refuted the debunk, claiming that Yuqi was wearing the same Fendi beanie in the airport and when entering the hotel. The only difference was the presence of a jacket or not.

It was also claimed in the debunk that Yuqi had been wearing the same clothes on the night of the 23rd to a recording on the 25th. However, it contradicted the original video’s timeline, where it was claimed that she returned to the hotel on the 24th not the 23rd. Jackson leaving the country on the 24th was also explained in the video.

Neither Jackson’s studio nor CUBE Entertainment have commented on the matter so far.