Lee Yo Won Has A Hard Time Fitting In With The Passionate Mothers In Upcoming JTBC Drama : Entertainment Daily

“Green Mothers Club” is about the dangerous relationships in a neighborhood association of parents at a local elementary school. The women in the association, who had come to think of themselves only as “mothers,” will reveal previously hidden secrets and learn about the meaning of “friendship” in adulthood.

Lee Yo Won will star as Lee Eun Pyo, a woman with a strong sense of pride in her high-class education. Chu Ja Hyun will play Byun Choon Hee, the beautiful trendsetter of the parents’ association who has the ability to get her hands on insider information. Kim Kyu Ri will take the role of Seo Jin Ha, Lee Eun Pyo’s friend-turned-rival, while Jang Hye Jin will play Kim Young Mi, Byun Choon Hee’s nemesis. Joo Min Kyung will turn into Park Yoon Joo, Lee Eun Pyo’s younger cousin.

The newly released stills give a glimpse of the five very different mothers. All of them are wearing yellow and green vests that show they’re volunteering for the school. Lee Eun Pyo looks awkward as she attempts to fit in the new community. On the other hand, Byun Choon Hee looks confident and relaxed as the Queen Bee of the mothers, and Seo Jin Ha attracts attention with her slightly different atmosphere. 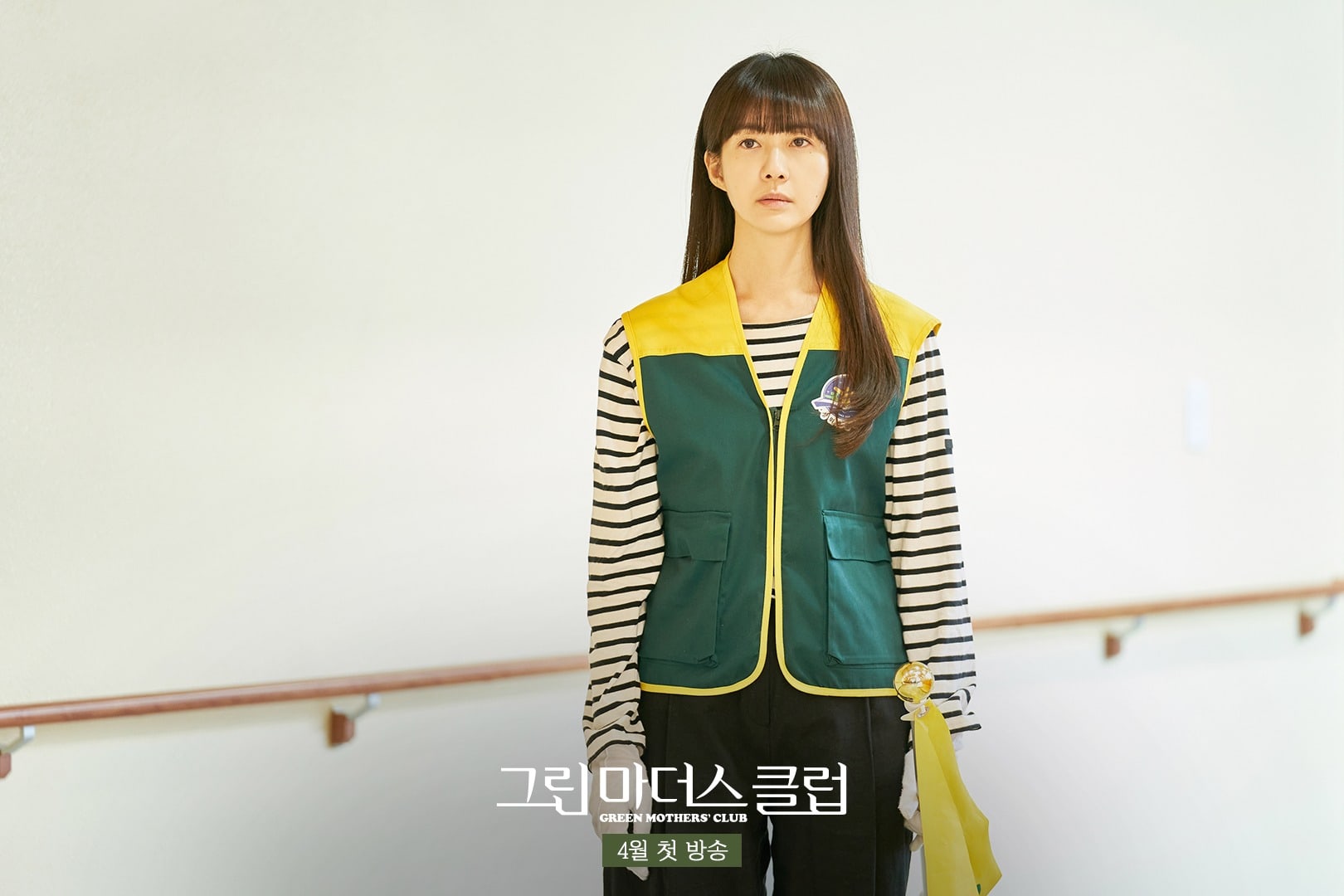 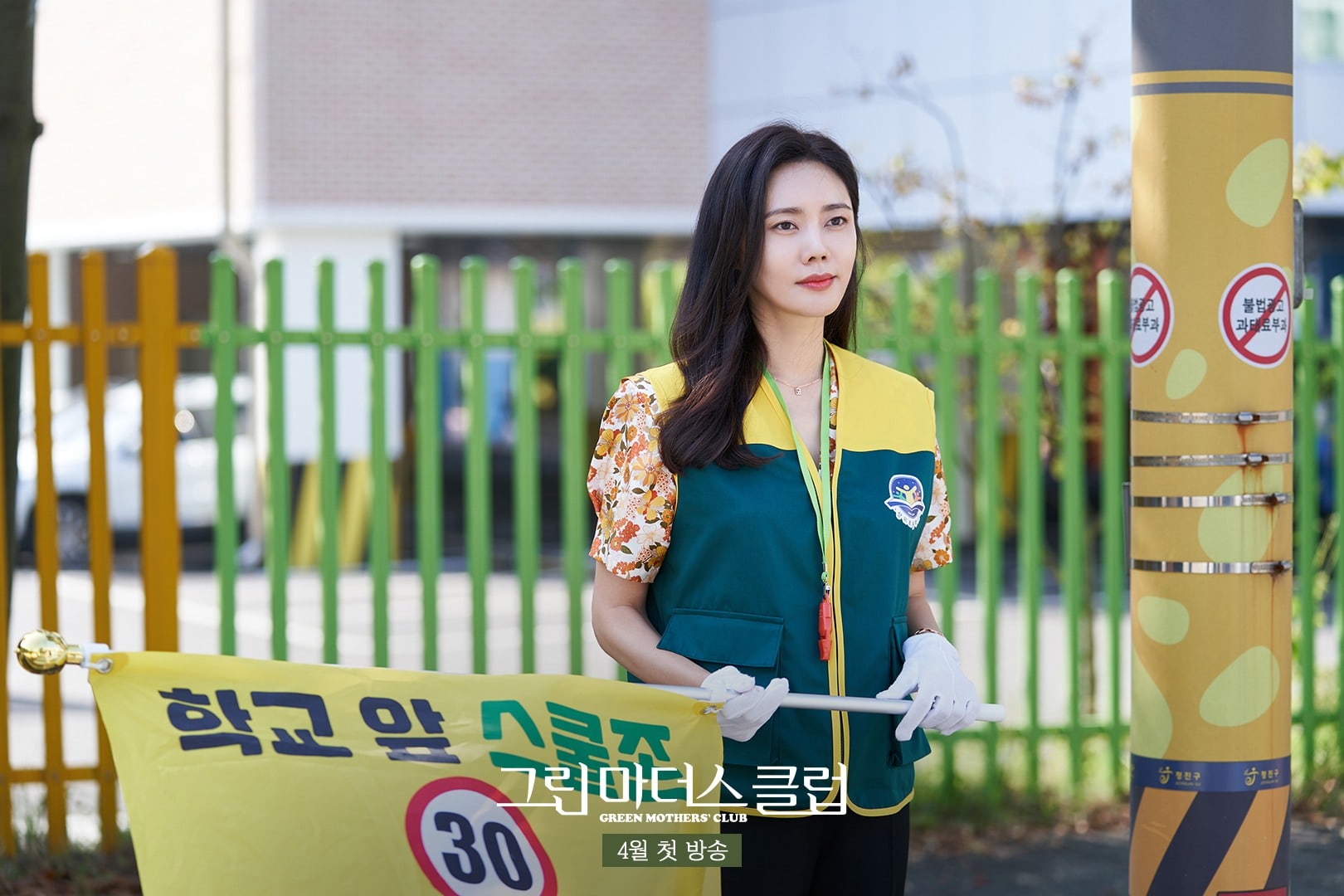 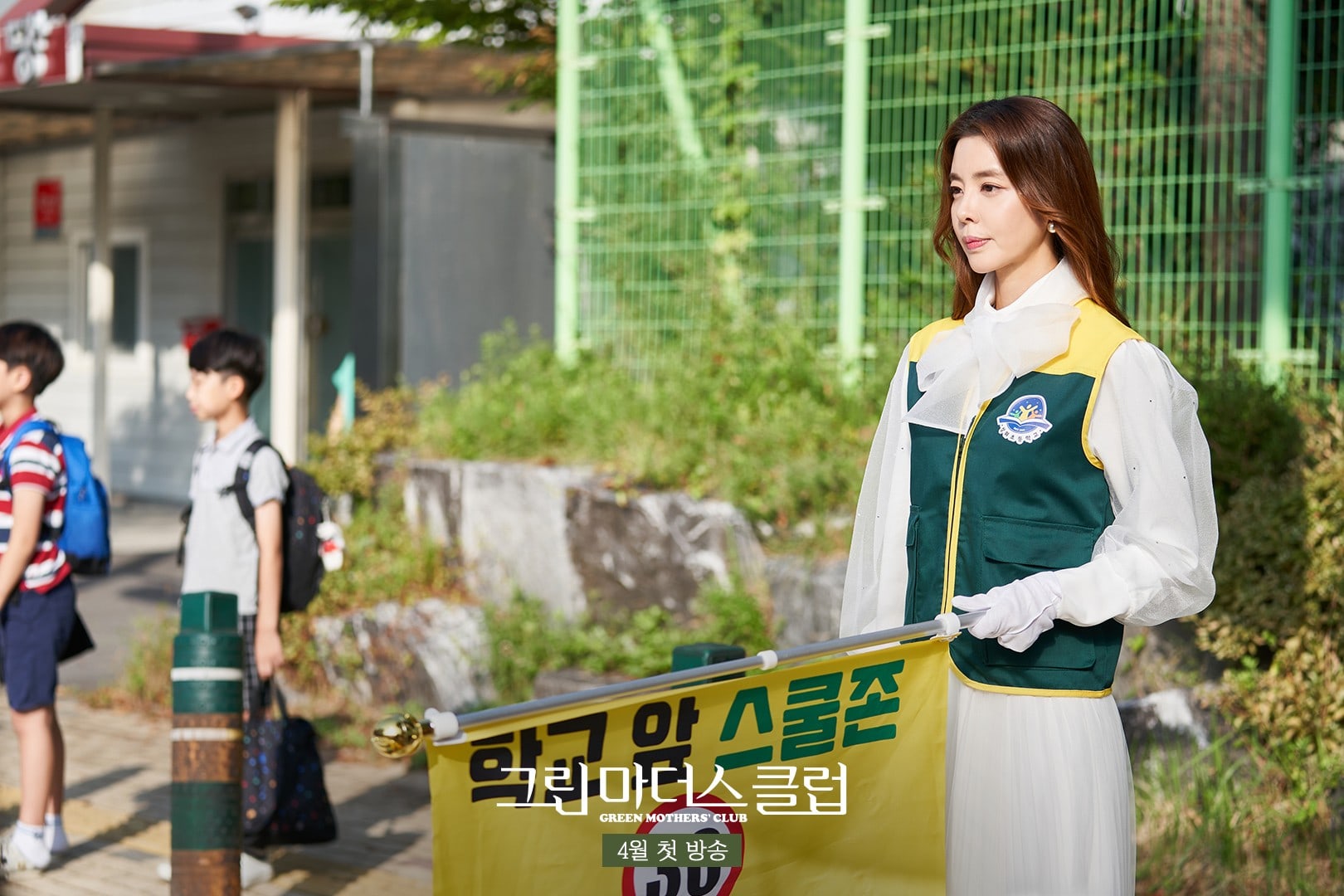 Kim Young Mi is blowing on a whistle with sharp eyes as she exudes the aura of a mother who doesn’t tolerate any rule breakers. On the other hand, Park Yoon Joo expresses her passion as a mother who would do anything for her children. 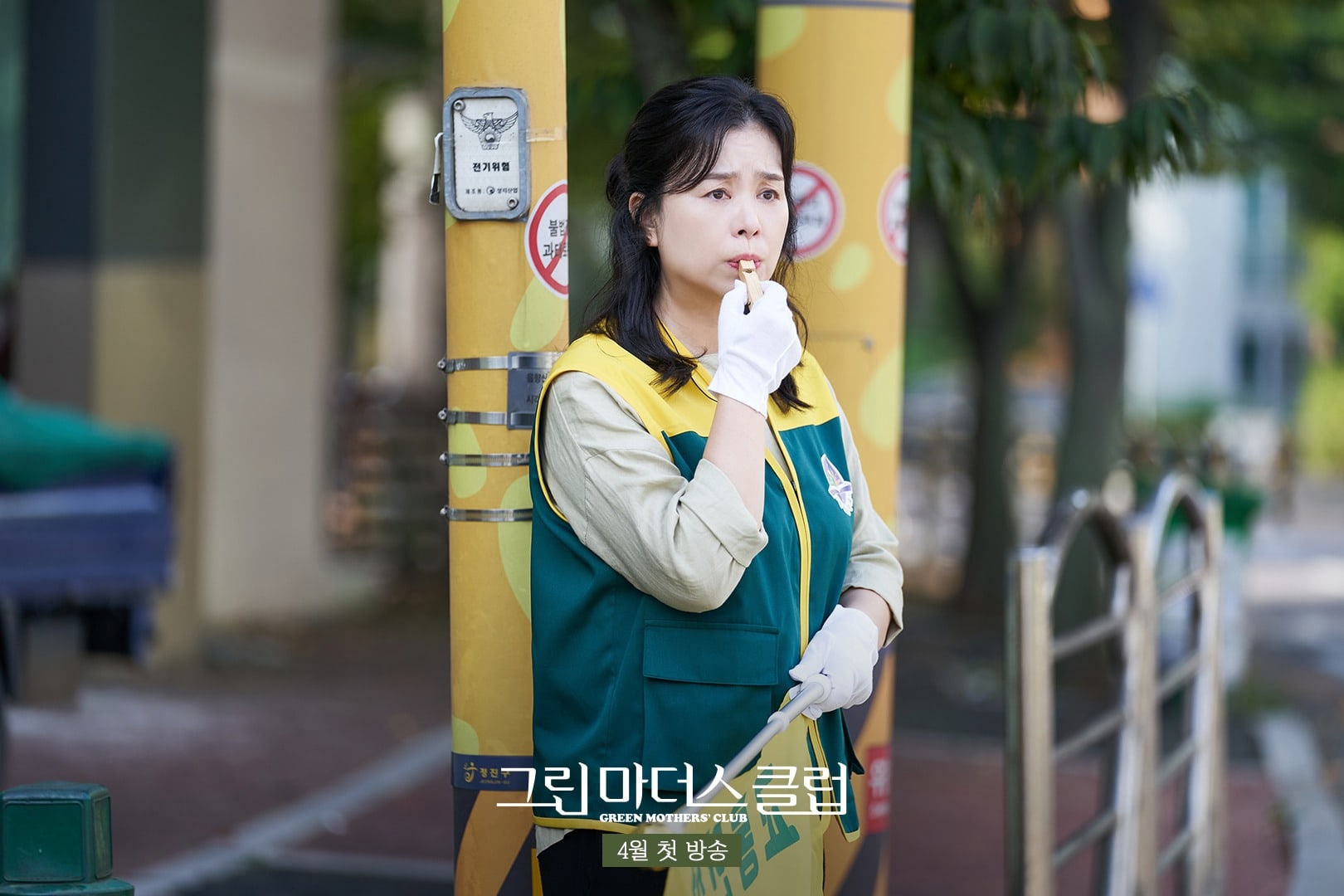 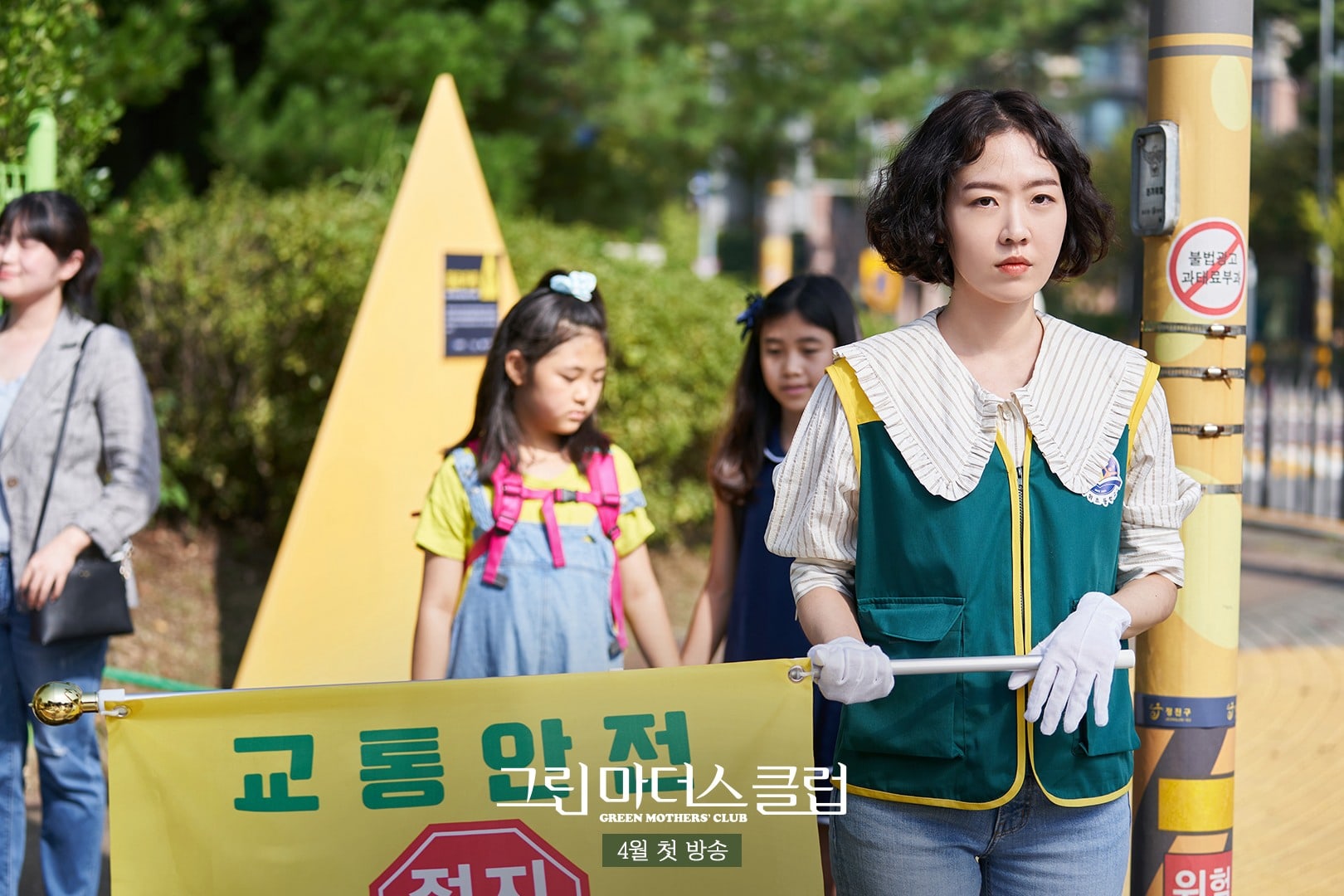 The production team commented, “Please watch how the five mothers with distinct personalities get entangled in the brutal elementary community called Green Mothers Club. Please look forward to the womance of [these women] who share similar concerns about their children and unknowingly get closer to each other.”

“Green Mothers Club” is currently slated to premiere in April.

In the meantime, watch Jang Hye Jin in “The Red Sleeve” with subtitles here: