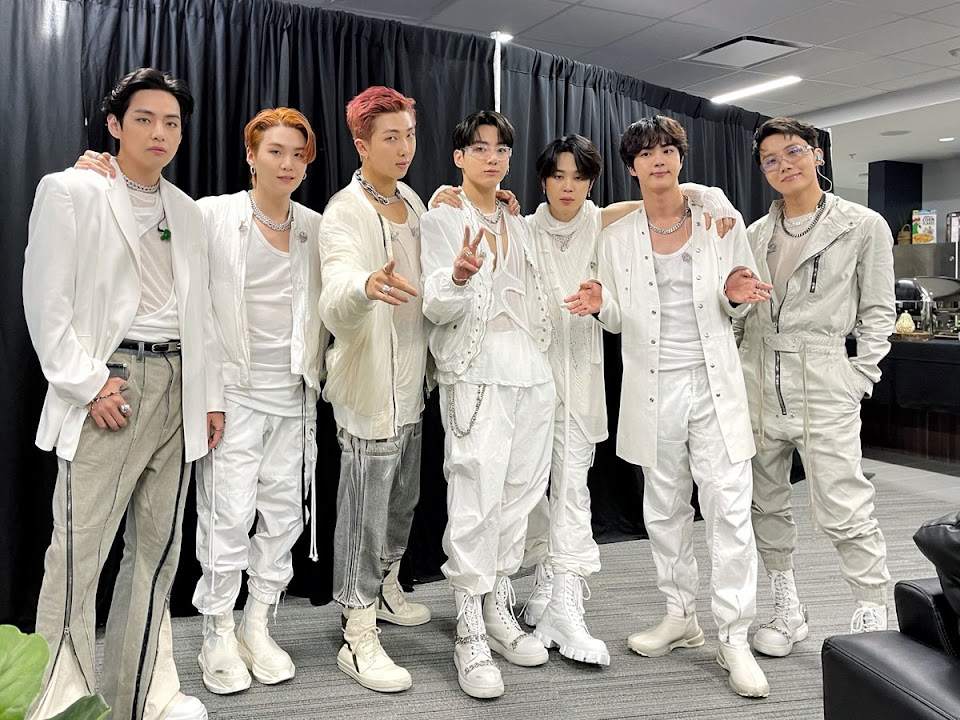 Although K-Pop performances are tiring and are definitely counted as exercise, many idols prefer working out with their own techniques, and one group that is no different is BTS!

Recently, some of the members of BTS certified that they’re truly certified buff AF because of their gym habits in a recent live broadcast.

On February 21 (KST), members RM, Suga, and Jimin surprised fans with a broadcast where they chatted about everything from what the members have been doing, updating ARMYs on V’s condition, and much more.

In particular, ARMYs noticed that the members spoke a lot about working out and showcased just how “buff” they’ve become over the past few months.

Despite catching COVID at the end of last month, fans noticed that Jimin seemed to have more muscle, and Jimin revealed the secret to why. He explained that he started exercising again two days after he recovered from the illness.

It wasn’t just Jimin’s muscles on notice. RM read a comment from a fan that said, “We get excited when we see your muscles.” Although RM was initially a bit surprised that fans could see them, Jimin and Suga seemed to agree, and Jimin even added, “RM’s arms look thicker!”

If that wasn’t enough, Suga even demonstrated his strength during the broadcast.

When the members were eating the walnuts, RM and Jimin couldn’t hide their shock when Suga managed to break two with his hands. Despite playing it cool when it happened, even Suga pointed out that he was surprised just how strong his grip strength was. RM even joked, “Everyone, BTS is strong. You have to be careful!”

Even when Jimin explained he wanted to improve his body to make it prettier for ARMYs. Luckily, RM was there to hype up his member and voice exactly what fans think.

You’re pretty enough right now. How can you become even prettier? A lot of people like your body the way it is right now.

Even at the end of the broadcast, when the members were saying goodbye, RM explained that they’d had their rest and he was even going to work out after they had finished and Jimin agreed.

Although the members might have been working out more and thinking their muscles have got bigger since then, ARMYs have always loved the physiques of the members.

Hopefully, the members realize just how good ARMYs think they look. Considering all the working out they’re doing, it isn’t surprising that their muscles.

You can read more from the live broadcast below.