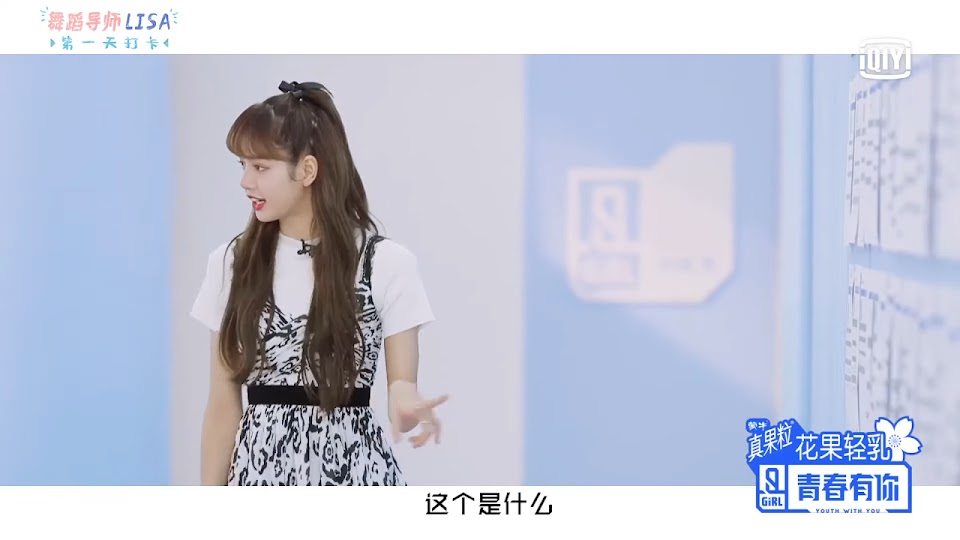 Chinese audition program Youth With You shared Lisa’s first-day-of-work vlog as well as the letter she wrote to the contestants about her trainee experience. The letter was so heart-wrenching, it moved BLINKs to tears.

As BLACKPINK’s main dancer, Lisa was cast as the survival show’s dance mentor. In a sweet vlog, Youth With You documented her first task—looking over all the applicants’ profiles.

At first, most of the profiles made Lisa smile. One contestant brought up how she loves cats—something which Lisa and she have in common.

Another reminded Lisa how hungry she was when they mentioned their love for the Japanese dish shabu-shabu, a savory hotpot made with thinly sliced meat, vegetables, and dipping sauces.

But as Lisa delved further into the applicant’s letters about themselves, many of them touched her heart in a different way. She couldn’t help but feel sad for one contestant’s worries that they’ll be lonely during the competition.

Another contestant expressed her low self-esteem about her singing abilities, looks, and personality.

So, when it came to Lisa’s turn to write a letter for the participants, she put her heart into it just as much as they did.

After greeting the contestants, Lisa started off her letter by bringing up some of the letters she read. The participant said she’s been away from home for 10 years, trying her best to compete, but never getting the success she dreamed of.

Another contestant lamented that if she didn’t make it through this time on Youth With You, she’d have to return home. And these sad thoughts were all things Lisa could relate to.

I debuted after 5 years of training. I know being a trainee is hard.

Lisa explained to the nervous contestants that she went through the same scary feelings and hardships that they’re going through now. For Lisa, it was even harder, given that she had to move to a country where she had no family nor speak the language.

I can totally understand you all because I’ve also been through that experience. When I was 14 years old, I wanted to be a singer… I left home by myself and went to an unfamiliar country to be a trainee. I went through high level training and had to overcome the language barrier.

In the letter, Lisa relived those difficulties, revealing how she had to hold on in a “completely unfamiliar language environment”, trying harder and harder to catch up to the existing Korean-speaking trainees. Sometimes, being away from home was so hard for Lisa that she couldn’t stay strong anymore.

Sometimes I secretly cried in bed because I was so homesick.

But still, she persevered. And thank goodness she did because, after 5 years, she got to debut as the main dancer in one of the world’s most successful girl groups of all time.

5 years was so long, but I didn’t give up—and I believe you can do the same.

Ultimately, Lisa sweetly ended her letter by encouraging the Youth With You participants to keep going even when things get tough.

As you try to achieve your dream, you will encounter many barriers. However, no matter what you face, I hope you continuously move forward, and I will be here to support you.

Unsurprisingly, BLINKs were moved to tears over Lisa’s hardships and determination over the years.

i wanna cry..omg our baby. I AM INCREDIBLY PROUD OF YOU. i dont even have words.#YouthWithLisa @ygofficialblinkpic.twitter.com/plalenBBcy