ATEEZ’s Wooyoung Gets Flirty With Bestie TXT’s Yeonjun During The 2021 MAMAs : Entertainment Daily 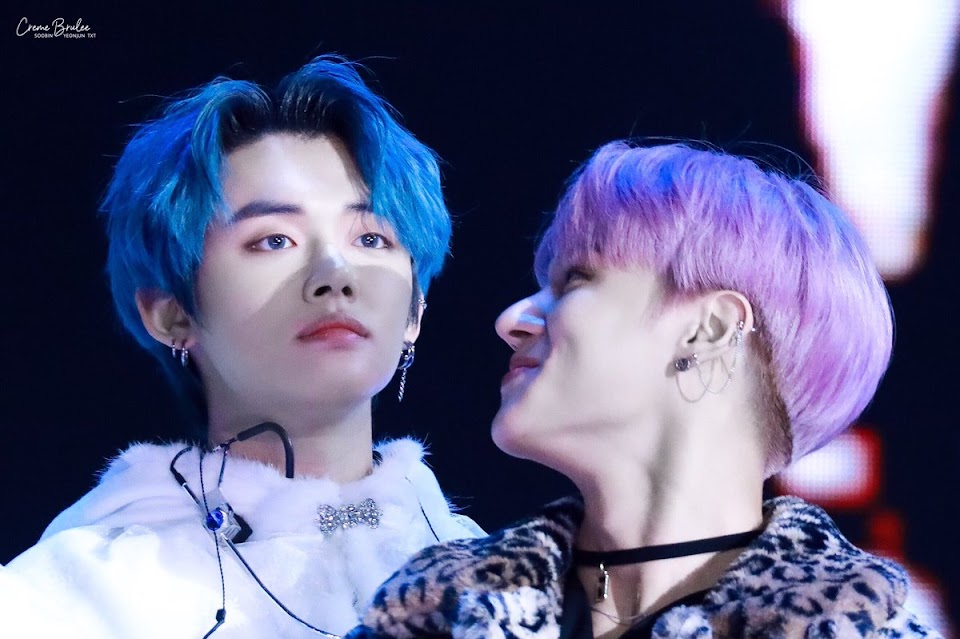 In particular, one iconic friendship netizens never stop loving is between ATEEZ‘s Wooyoung and TXT‘s Yeonjun.

The two have been vocal about their friendship in the past. They have treated fans to so many crumbs that it becomes impossible not to fall in love with their friendship. Recently, the two met again when they were part of the 2021 MAMAs special stage, where they represented the best of the fourth generation.

Some behind-the-scenes footage from the performance was recently released, and it’s safe to say that the duo continues to showcase #friendshipgoals. As soon as they saw each other, Wooyoung immediately called “Darling” to Yeonjun.

As soon as Yeonjun heard, he came up and hugged Wooyoung, who immediately showed how much he cares for his friend, adding, “Darling, where’s your in-ears?” Although it was a small gesture, it was definitely cute and showed just how close they are.

It was even cuter when Yeonjun referred to Wooyoung as his “friend,” the ATEEZ member wasn’t having it and explained, “We’re darlings,” which is a term of endearment.

If that wasn’t enough, the besties then couldn’t stop bragging about their friendship and how long they’ve been friends. Even though they’re young, it’s a friendship that has lasted around seven to eight years from when they were students to trainees at BigHit Entertainment.

We’ve been practicing together since we were in our first year of high school.

Yet, despite being friends for so long and also being in the K-Pop industry for a similar amount of time, debuting within six months of each other, they both pointed out that it’s the first time they’ve filmed a behind-the-scenes video like this before.

Even though it was their first time, Wooyoung knew that fans knew their story. As expected, he cutely rounded off the video by explaining, “Our fans all know though, they know we’re close.”

When the video was released, both ATINY and MOAs couldn’t get over just how adorable the duo was in the clip. Considering there isn’t much chance to see them together and allowed to be so comfortable, it was definitely a treat for them.

lol. yeonjun & wooyoung flirting while yeji is just there at the back minding her own business. 😭 pic.twitter.com/FXpU1sheLI

It isn’t the first time Wooyoung and Yeonjun have showcased their friendship to fans over the years. The 2021 MAMAs also brought the iconic selfie between the two idols and their other bestie, Stray Kids‘ Changbin…

Hopefully, this won’t be the last interaction between the idols, and they can continue to share their friendship with fans and shut down any idea of fan wars. All idols might want the same thing, but they’re normal people who have friends they want to support.

You can read more about their epic friendship below.