This South Korean Presidential Candidate Has Been Leading A Whole Cult From Home And Exploiting His Followers : Entertainment Daily 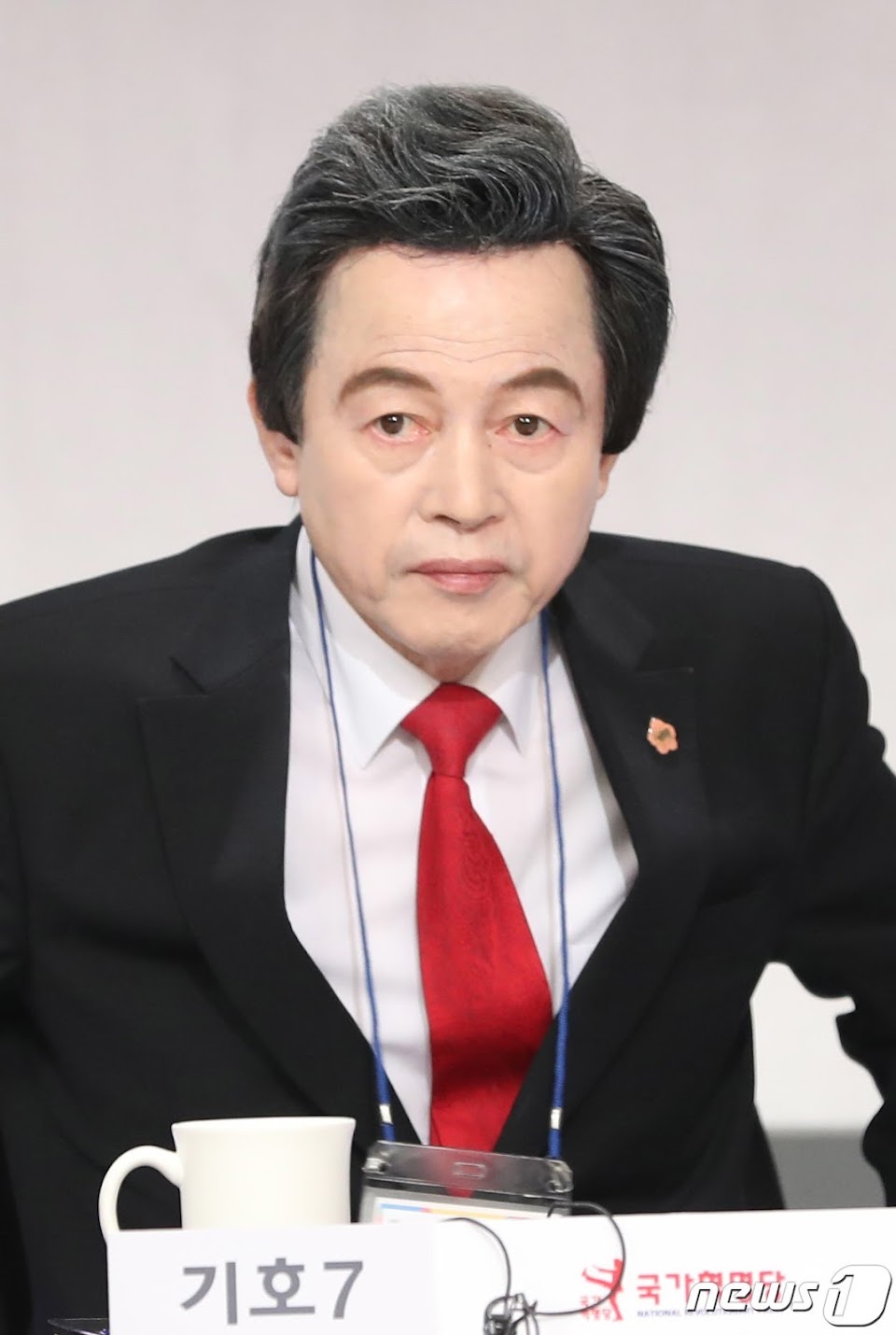 There is something eccentric about the South Korean presidential candidate Huh Kyung Young of the National Revolutionary Party. His political debut took place way back in 1987 when he ran for the 13th presidential election, but his actual rise to fame came between 2007-2009.

Though he lost the 17th presidential election in 2007, the candidate gained much attention from his quirky campaign. In addition to his “most outrageous claim” of being “conditionally engaged to the former president Park Geun Hye“ as quoted by the Korea Times. Huh Kyung Young also insisted that he levitates, communicates with extraterrestrial beings, heals illnesses with his gaze, and boasts an IQ over 400.

From 2008 through 2018, the candidate was banned from running in elections—in addition to the year and a half of prison time—for being found guilty for the dissemination of false information about Park Geun Hye (and other public figures). Regardless, he remained an intriguing political figure for Koreans, especially with the most unexpected release of his singer debut track “Call Me” in 2009.

— Huh Kyoung Young in “Call Me”

This “intrigue,” however, turned to disgust when, in 2021, SBS channel’s Unanswered Questions unveiled Huh Kyung Young’s secret: The candidate’s financially and sexually exploitive cult, led right out of his home called “Heaven Palace (Haneulgung)” by him as the “God Man.”

According to an ex-follower on the Unanswered Questions segment, Huh Kyung Young’s now-full-blown cult wasn’t religious at all in the beginning. Back in 2016, the candidate started off with sharing teatime-like interactions (or “lectures,” as his followers referred to them) with his followers at his home. While the candidate did speak of his alleged supernatural insight at these lectures, he didn’t charge. In fact, the ex-follower commented, the visiting followers willingly made donations to support the small group gatherings.

When he saw a rapid increase in the demand from his followers, however, the candidate sought out a bigger space to hold his lectures: The Heaven Palace. And right around the time he moved into this establishment, he started referring to himself as the “God Man.” The size in his followers exploded, the lectures became exponentially more frequent, and ultimate, the candidate actively sought ways to profit off the whole operation.

God Man Huh Kyung Young is God’s incarnation who manages the cosmic space. He demonstrates infinite capability with his energy that comes directly from the core of  universe, the White Heaven Palace.

As God Man, the candidate started offering a wide selection of “benefits” for his followers—in addition to his regular lectures. From “mysterious healing experiences” with the candidate’s “transcendental energy” to “nameplates” that guarantee his followers’ “admission to the white heaven palace…the origin of the universe,” Huh Kyung Young relentlessly convinced his followers that he is a higher being.

The energy emitted from God Man Huh Kyung Young is uniquely mysterious energy. The nature of his energy, humans have hard time to perceive or describe in conventional terms… Huh Kyung Young energy is given off in various ways and forms that include eye contact, hand touch, blessing, nameplates for White Heaven Palace, and the angels of Holy Spirit.

When one receives cosmic energy by calling Huh Kyung Young he/she becomes physically and mentally stronger and influential for others. Reciting Huh Kyung Young ten times in a row makes one’s energy level increase to the maximum mu level, that is infinity.

The Unanswered Questions undercover investigation inside the Heaven Palace also revealed that the candidate is charging his followers to experience the benefits—or the “Huh Kyung Young energy,” with the prices ranging from ₩100,000 KRW (about $83.60 USD) to ₩100 million KRW (about $83,600 USD) depending on the tiers in the benefits.

For example, a follower could pay ₩1.00 million KRW (about $836 USD) to receive a “blessing,” which is the “God Man’s unconditional redemption…for both the dead and the living.”

You’ll be forgiven for all the sins from your current life and your previous life. Along with that redemption, you’ll also receive blessing over the land(s) where your ancestors are buried.

In addition, the undercover investigation exposed the candidate forcing his followers to sign waivers upon visiting the Heaven Palace and receiving the blessing—giving up all rights to sue for sexual harassment regardless of “what he touches.”

I agree that Huh Kyung Young has never performed a medical procedure on me. I also agree that he has never sexually harassed or assaulted me…I hereby waive all my rights to file lawsuits against Huh Kyung Young on the charges of medical, sexual, and/or other criminal violations. In the case of such lawsuits, I agree to be counter-sued for defamation and I agree to be responsible for all expenses resulting from the civil lawsuit.

Once signed, a follower could pay ₩100,000 KRW (about $83.60 USD) to receive “energy,” in the form of getting hit, pinched, and generally groped by the candidate.

The Joongang reported that in 2021 alone, Huh Kyung Young quadrupled his wealth from ₩7.20 billion KRW (about $6.02 million USD) to ₩26.4 billion KRW (about $22.1 million USD) with Heaven Palace, as surveyed by the National Election Commission (in charge of overseeing the “administrative affairs concerning political parties and funds”). As for the legality of Huh Kyung Young using this cult money for his presidential campaign, an expert weighed in and commented that he could potentially be violating the law.

There are laws around how and where these political candidates can fund their campaigns. [Huh Kyung Young] is using his income from Heaven Palace to run his campaign. In which case, political fundraising must be listed as part of Heaven Palace’s business purposes. That is the only way to legitimize his business income to be legally funding his political campaign. But it isn’t—and so technically he may be violating the political funds act.

Huh Kyung Young continues to argue aggressively against the idea, but a theology professor from Busan University pointed out how the candidate is 100% leading a religious cult out of Heaven Palace.

Meanwhile, Huh Kyung Young is an officially registered candidate for the 20th presidential election as of February 14, 2022. He is maintaining an approval rating of 5.6%.