Park Min Young Lets Her Guard Down In Front Of Song Kang In “Forecasting Love And Weather” : Entertainment Daily

JTBC’s “Forecasting Love and Weather” has revealed new stills ahead of tonight’s episode!

“Forecasting Love and Weather” is a new JTBC romance drama about the work and love lives of people who work at the Korea Meteorological Administration, Korea’s national weather forecast service. Park Min Young stars as the frosty Jin Ha Kyung, who does everything by the book and is fastidious about keeping her personal and professional lives separate, while Song Kang stars as the free-spirited and determined Lee Si Woo, who boasts an impressive IQ of 150 but only cares about the weather.

Lee Si Woo and Jin Ha Kyung are on the same team at their workplace, but their relationship grew awkward after they shared a passionate night together. In the previous episode, Lee Si Woo stated to Jin Ha Kyung that he doesn’t do flings, and requested that she tell him clearly whether or not she likes him. Viewers are anticipating the upcoming episode to hear her response.

Newly released stills from the episode are making viewers’ hearts race faster than ever, as the pair spend a busy night at Jin Ha Kyung’s house sorting through documents together. The stills provide a sneak peek at Jin Ha Kyung’s feelings for her teammate as she smiles warmly at a sleeping Lee Si Woo. 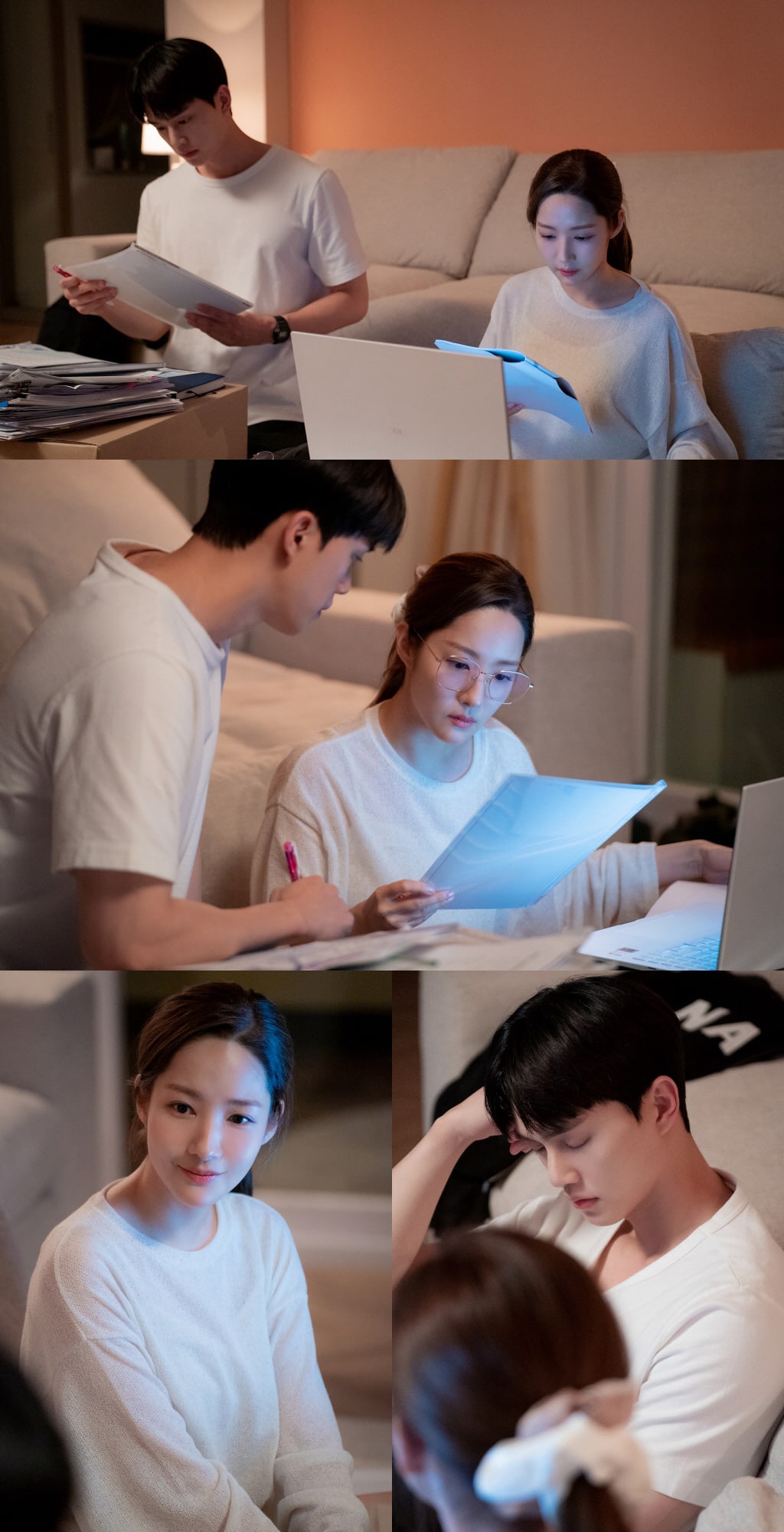 The drama’s producers shared, “The way that Jin Ha Kyung looks at Lee Si Woo has changed. Tune in to episode 4 to find out if this means she has had a change of heart regarding romance in the workplace and whether or not their relationship will advance to the next level.”

In the meantime, watch Song Kang in “When the Devil Calls Your Name” below: