Set in 1998, “Twenty Five, Twenty One” tells the story of youth whose dreams were taken from them due to the IMF crisis. Kim Tae Ri stars as Na Hee Do, an aspiring fencer, and Nam Joo Hyuk stars as Baek Yi Jin, whose family was torn apart due to the financial crisis, as they first meet at 18 and 22 years old and fall in love years later at age 21 and 25.

In the previous episode, Na Hee Do poured out her feelings to Baek Yi Jin after being on the receiving end of some biting remarks made by her fencing idol Go Yu Rim (WJSN‘s Bona). She confessed to him, “I really liked and looked up to her, you know? But now I think I’ll be able to resent her just as much.” She appealed to Baek Yi Jin in an attempt to hear the comforting response that “Go Yu Rim was wrong for that,” but in the end she was unable to get a reply from him and turned away ruefully.

New stills show the pair facing off on the fencing piste. First up, Na Hee Do helps a bashful Baek Yi Jin with the cable on his jacket, and he looks at her as if marveling at her skilled movements. Both now clad in their fencing uniforms, they stand face-to-face in the Tae Yang High School gymnasium in the dead of night. Curiosity is mounting over how their unpredictable fencing match will play out. 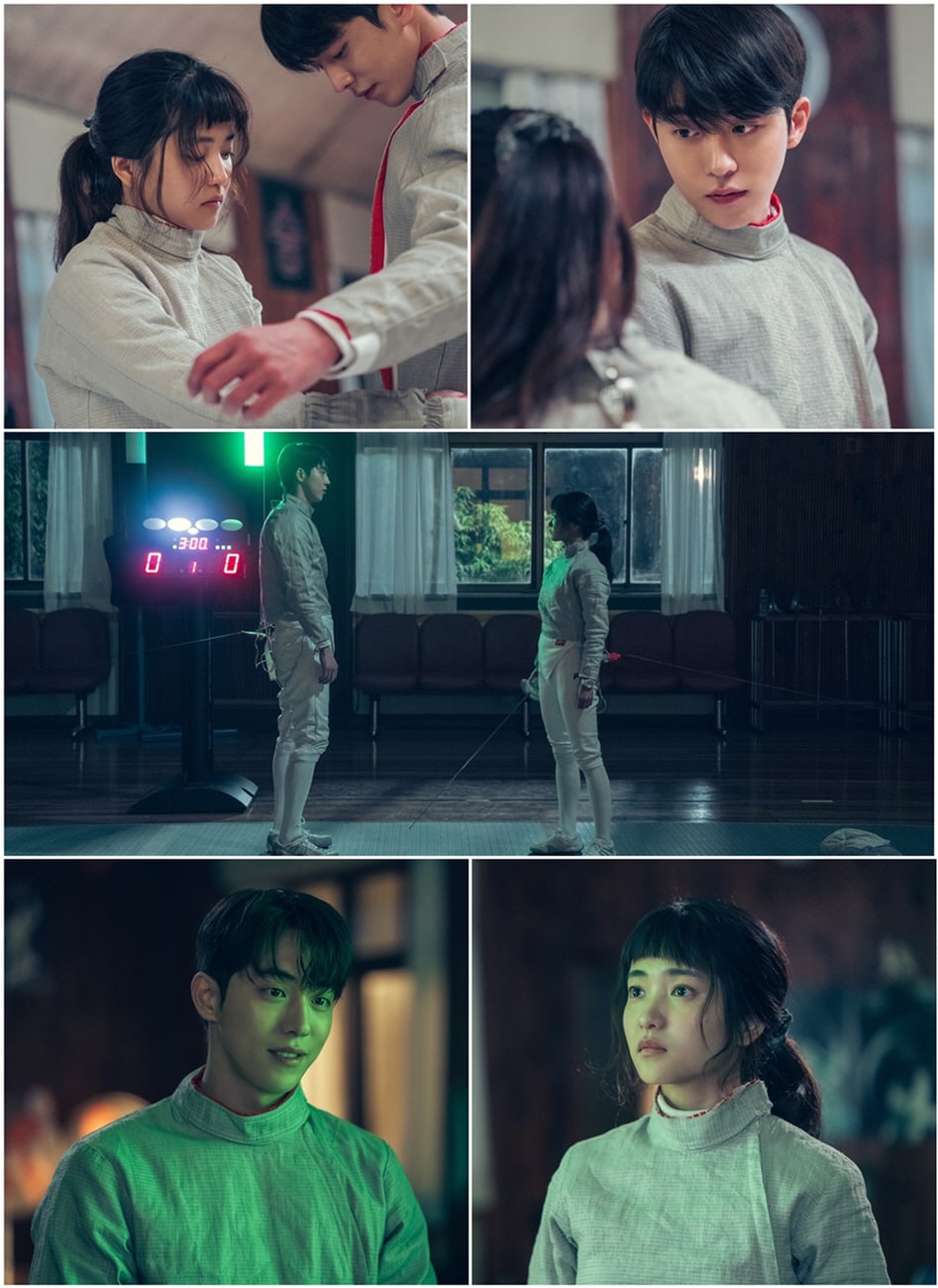 It’s said that Kim Tae Ri and Nam Joo Hyuk were filled with infinite amounts of energy while rehearsing for the scene. They also created a friendly atmosphere on set while they went over their lines and carried out discussions about the scene. Kim Tae Ri, who had plenty of practice fencing, helped out Nam Joo Hyuk with his stance and moves to create a perfect level of detail.

Hwa and Dam Pictures commented, “Kim Tae Ri and Nam Joo Hyuk standing together on the fencing piste is a scene that’s hard to come by, so it’s sure to evoke feelings of admiration. Watch the next episode to find out what changes will occur in Na Hee Do and Baek Yi Jin’s relationship after their previous feelings of despair and disappointment.”

In the meantime, check out Nam Joo Hyuk in his drama “Radiant” below: