The ship has sailed. Our favorite K-drama couple reveal of 2021 has announced that they are getting married, and people couldn’t be happier. Seeing how much chemistry the two had in “Crash Landing On You” and seeing it transfer to real life was the fairy tale ending we all needed in this world. Here are 10 of my favorite Hyun Bin and Son Ye Jin moments.

This adorable feature is very much in need of some romantic background music, so here is Yoon Mi Rae singing “Flower” from the “Crash Landing On You” OST.

After working with Son Ye Jin on the film “The Negotiation,” Hyun Bin had revealed in an interview with Esquire magazine that he wanted to work with her again. This did not seem like a big deal at the time, but now with the two having dated and planning to get married, it seems as though Hyun Bin really admired the actress and wanted an opportunity to be face to face with her on screen. And we really can’t blame him!

“I want to try working with her again. At the time, [we had filmed separately], so I wanted to try acting with her in the same space, making eye contact, and breathing the same air, and that opportunity came quickly.” 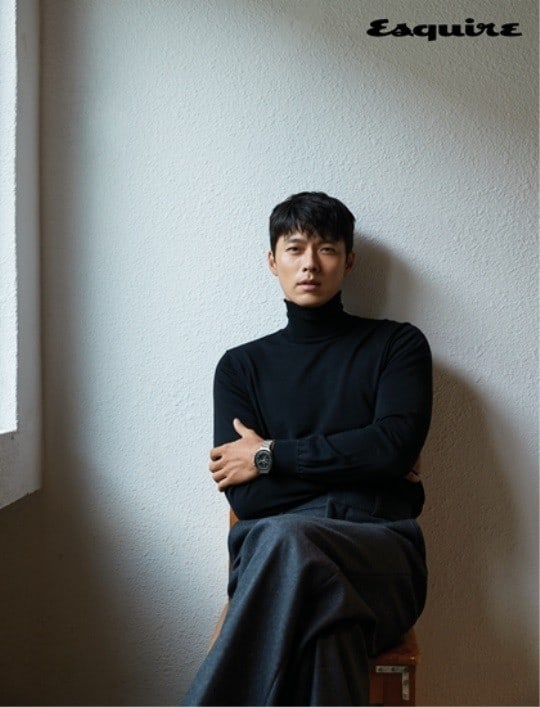 In 2020, the RiRi couple were both at the 2020 Baeksang Arts Awards in which they were able to snag the well-deserved award for most popular actor and actress for their portrayal in “The Negotiation.” Fans couldn’t help but gush over the two and how amazing they looked together. Hyun Bin’s natural glances towards Son Ye Jin were all the meme rage at the time.

3. All of the adorable IG posts

After “The Negotiation” premiered in September 2018, it surpassed one million viewers during Chuseok, which is a Korean holiday similar to that of Thanksgiving – often spent with family or close friends. It was also after this movie that dating rumors sparked as the two were seen spending quite a bit of time together. Not only did they celebrate Chuseok together, but they even celebrated Hyun Bin’s birthday, all of which was documented on Son Ye Jin’s Instagram.

How cute are these two:

The series of videos and photos were adorably endless at the time:

4. The promo photos for “Crash Landing On You”

No one could have anticipated how perfect these two would be together in their next project “Crash Landing On You.” It seemed like the perfect storyline and timing for them to reignite their on-screen chemistry. This was especially proven through the promotional photo shoots that the two had.

Can you see the love? 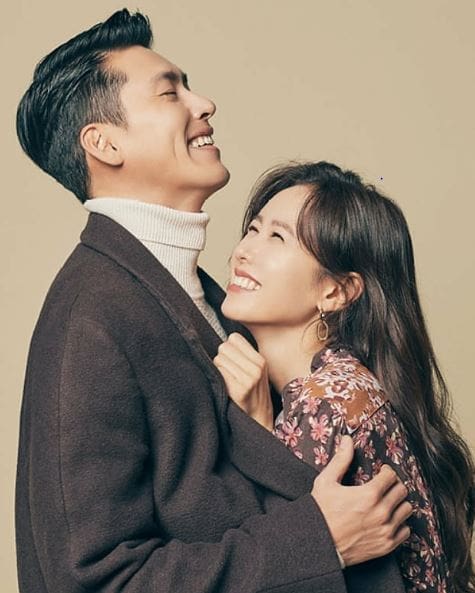 And this Vogue spread was just *heart eyes*: 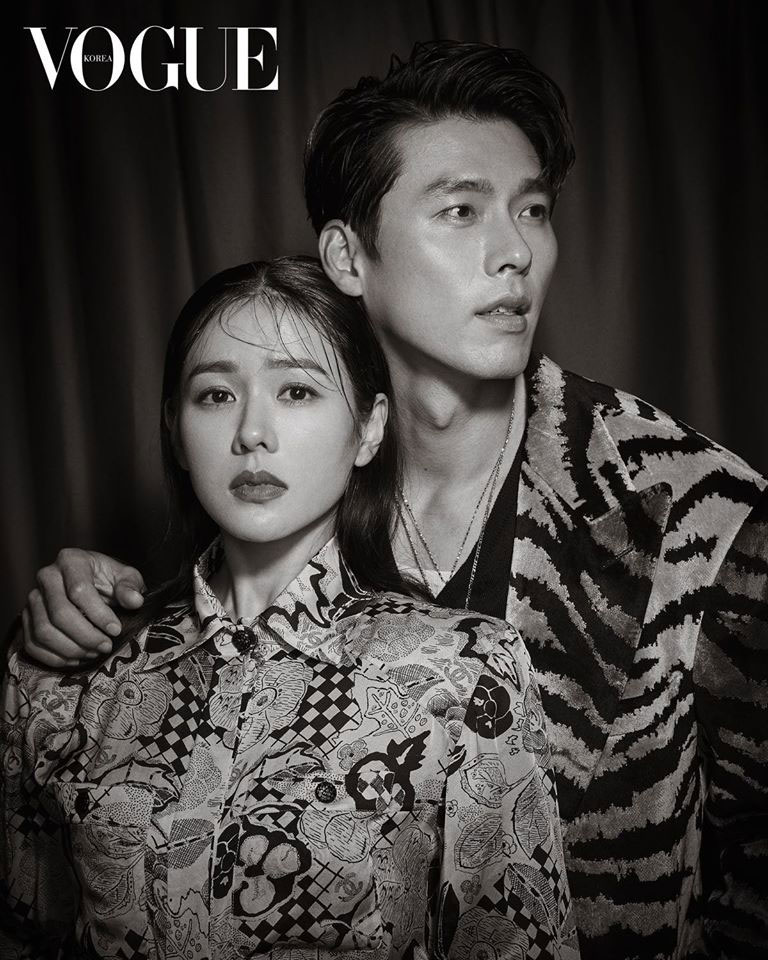 5. The forever romantic kiss in the rain scene

Son Ye Jin and Hyun Bin sent many fans into a frenzy with their roles in “Crash Landing On You.” People couldn’t help but adore their on-screen chemistry and had hopes for the two to become a real life couple. Now that they are going to tie the knot, we can completely appreciate that deep and emotional kiss in the rain.

On January 1, 2021, Dispatch announced that Son Ye Jin and Hyun Bin were dating for the past eight months. Their agencies quickly confirmed the relationship and fans couldn’t help but scream in glee. Son Ye Jin took the extra step to post a photo on her Instagram of a flower bouquet, confirming their relationship.

7. All the behind-the-scenes footage

If you look at any footage from them filming and being on set of their series “Crash Landing On You,” you can tell that they had so much fun. They are completely in tune and so focused on each other that it’s almost no wonder that they fell in love!

This kiss scene rehearsal is enough to give you butterflies:

Smart Communications did a brilliant job of reuniting these two lovebirds following “Crash Landing On You.” They appear separately at first in the commercial, but towards the end, they reunite, laughing joyously together. The commercial touches on a scene from the series when Ri Jung Hyuk holds up a candle to look for Yoon Se Ri in the dark. 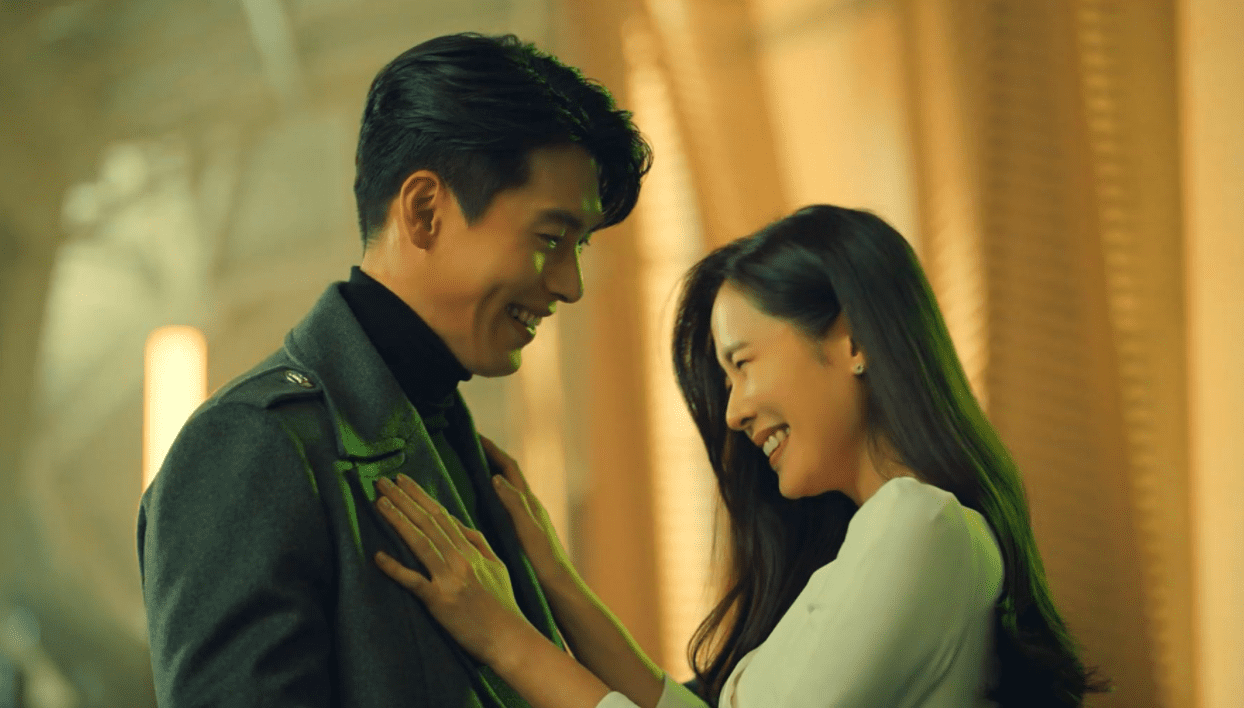 In a new episode of “You Quiz On The Block,” Son Ye Jin was interviewed by Yoo Jae Suk. There isn’t much that is off the table when it comes to interviews with mega stars on this particular show, so it was more than obvious that Yoo Jae Suk would mention Son Ye Jin’s real life fiancé. In the interview, she mentions that Hyun Bin is her first love, and you can see the joy in her eyes. As if we couldn’t be more happier for her!

Check out the clip in the trailer of the episode below:

On February 10, all Hyun Bin and Son Ye Jin shippers had their dreams come true as the couple announced their engagement. Hyun Bin released news through his agency VAST Entertainment that he would be marrying Son Ye Jin.

The same day, Son Ye Jin also posted news on her Instagram. She expressed gratitude and joy of her wedding news with a photo of an adorable little wedding dress. We can’t wait for the two to get married and wish them nothing but the best!

Hey Soompiers, how happy are you to see these two getting married? Let me know in the comments below!