Kim Hee Sun Shares Meaningful Reason Why She Chose To Star In “Tomorrow,” Regrets From Her Early Acting Days, And More : Entertainment Daily

Kim Hee Sun spoke about her bold pink hair transformation, her upcoming drama, and more in the latest issue of Vogue!

To match the original webtoon character in her upcoming drama “Tomorrow,” Kim Hee Sun made a bold transformation with a brand new pink hair color and a short cut. The actress explained that it was her first time bleaching her hair since 2001, when she starred in the film “Wanee and Junah.” 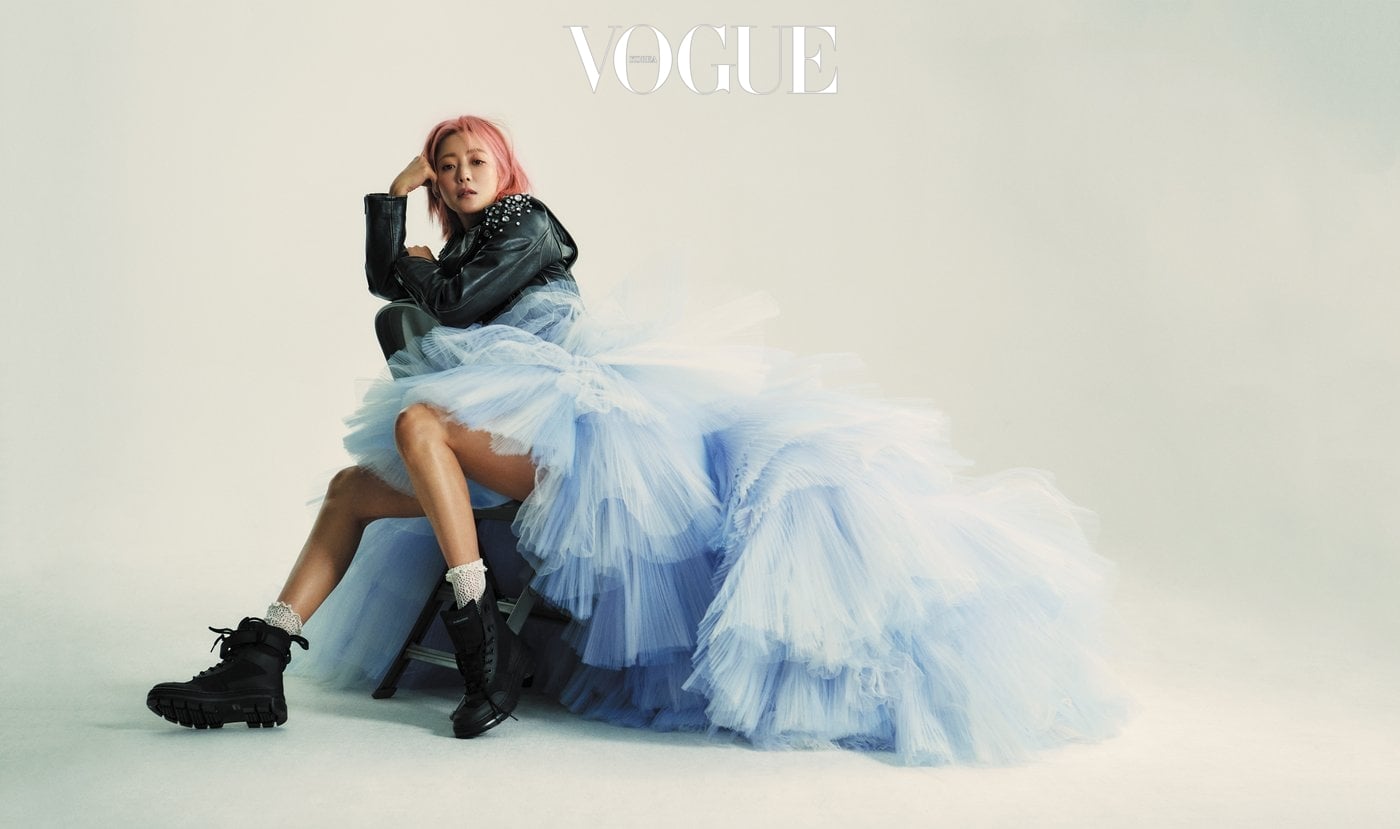 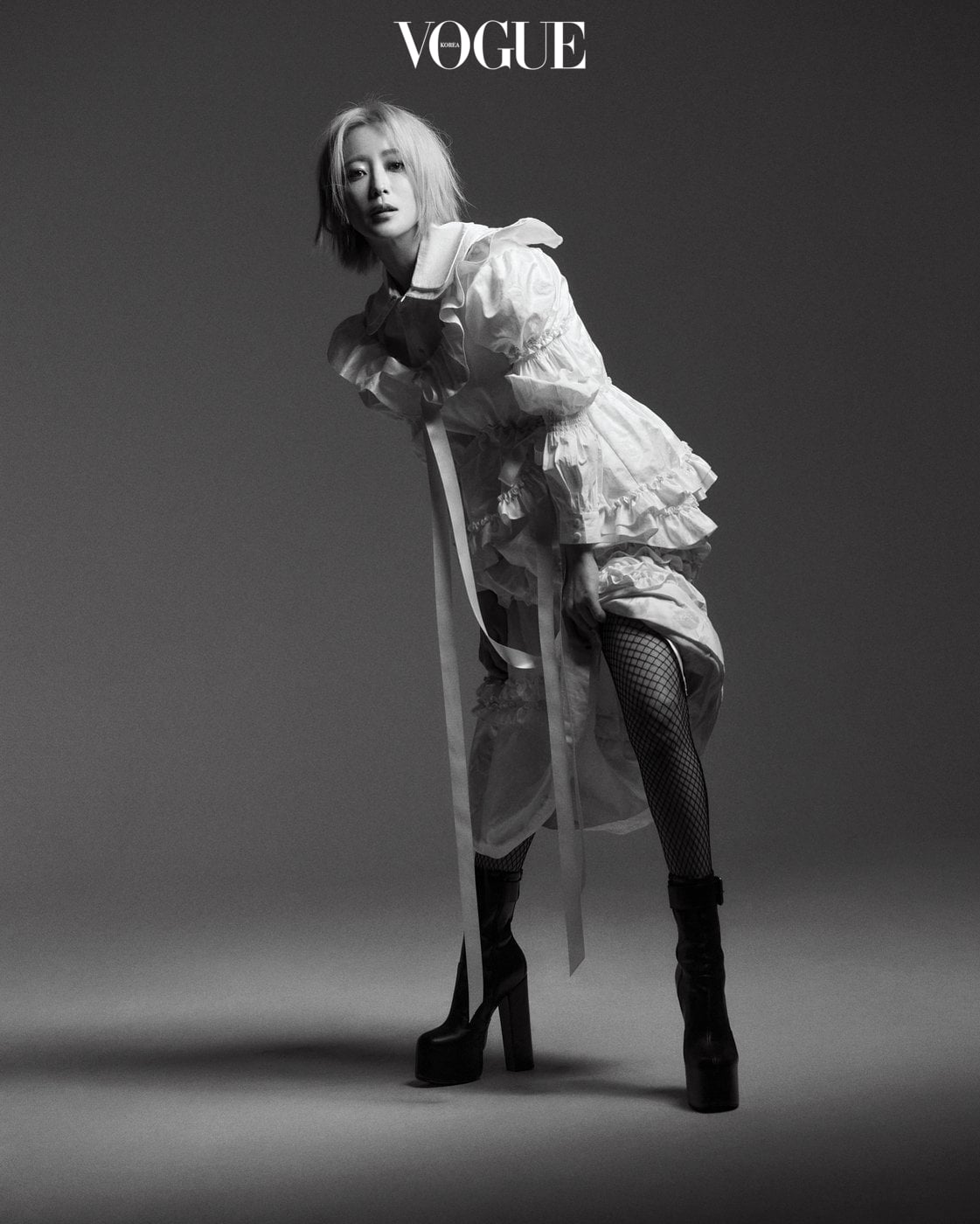 MBC’s “Tomorrow” is based on a webtoon of the same name and tells the story of Choi Joon Woong (SF9‘s Rowoon), who gets into an unfortunate accident while struggling to find a job. As a result, he crosses paths with grim reapers Goo Ryun (Kim Hee Sun) and Lim Ryoong Goo (Yoon Ji On), who work together to save the lives of those who are contemplating suicide, and he winds up joining their team in the underworld as their youngest member.

When asked why she chose “Tomorrow” as her next project, Kim Hee Sun shared that she was so into the script, to the point where she wanted to meet the original writer. She explained, “Everyone’s having a really hard time these days. Everyone is living through their personal hardships, not just those who are faced with specific circumstances. That’s why there’s an increasing number of people who are having negative thoughts. There are people like that around me and there are celebrities who have made extreme choices. When I see tragedies like that, my heart hurts and I feel regret, wondering if I should’ve done something.”

Kim Hee Sun added, “I’m sure there are many people who have had a similar experience. Rather than to contribute something major to society or do something as an adult, just as a mother of a child, and as a human, I wanted to give a small but positive message to those wanting to make negative choices. Since I’m someone who acts, I wanted to at least become of help through this method.” She took a deep breath and continued, “I want to become a good friend to those around me. I promise to take care of them until I die.” 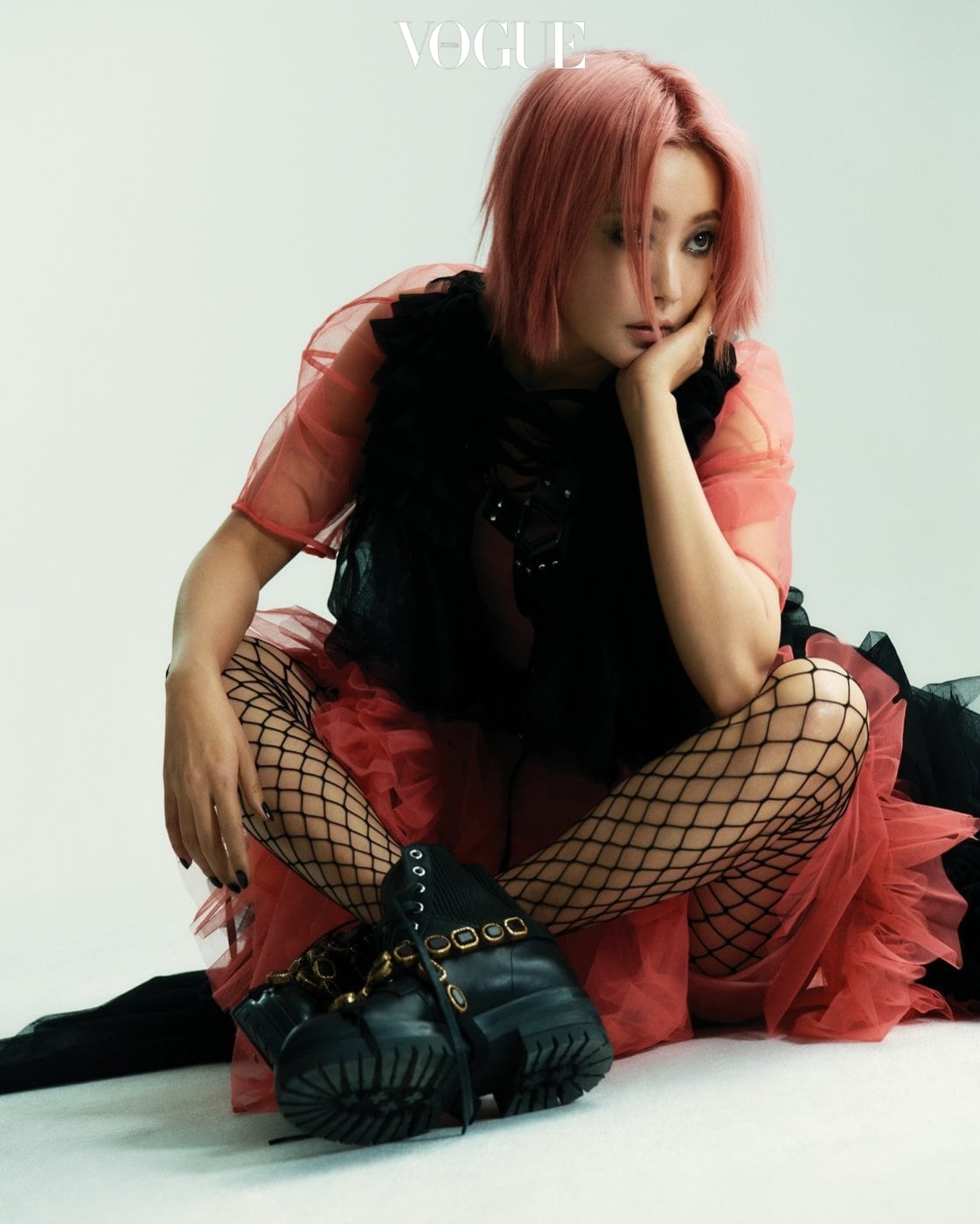 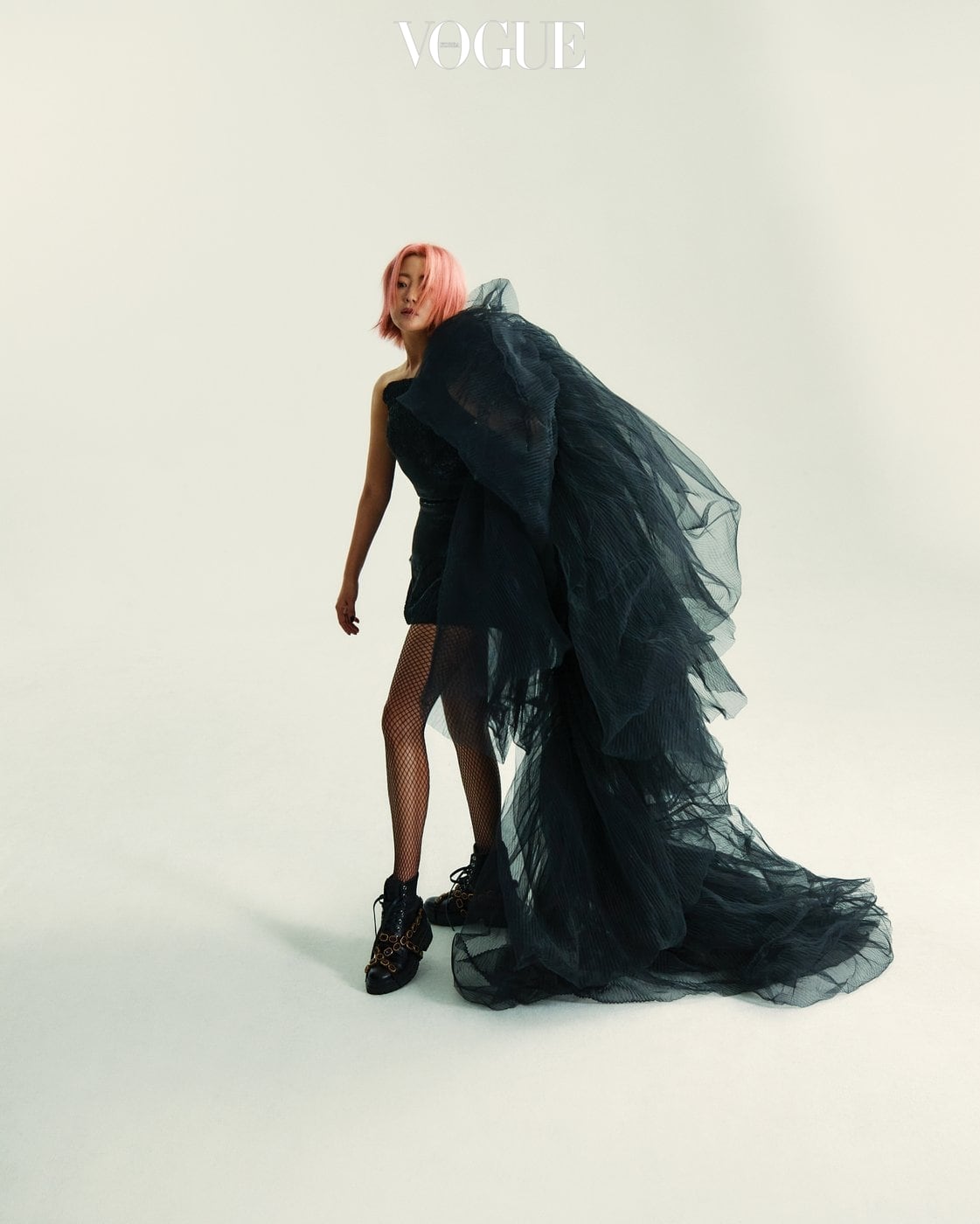 On set, Kim Hee Sun made sure to take care of all the staff members by bringing them snacks. She explained with a laugh, “I’m quite nosy.” She added, “I enjoy noisily chatting with others so I have to treat them well. Working quietly on my own like a writer or researcher is so hard. This career matches my personality. It’s not just with work, as I also enjoy doing hobbies with lots of people.”

Kim Hee Sun’s recent projects have all been variations of the thriller genre and she explained that she liked how drama genres were so diverse these days. She also revealed that she’s a big fan of the hit zombie drama “All Of Us Are Dead.” Kim Hee Sun explained, “In our country, stories of ghosts with grudges have taken root. People have experienced various genres through OTT services and are now used to zombies, so a popular project has come out. I think there’s a project that fits each period of time.” 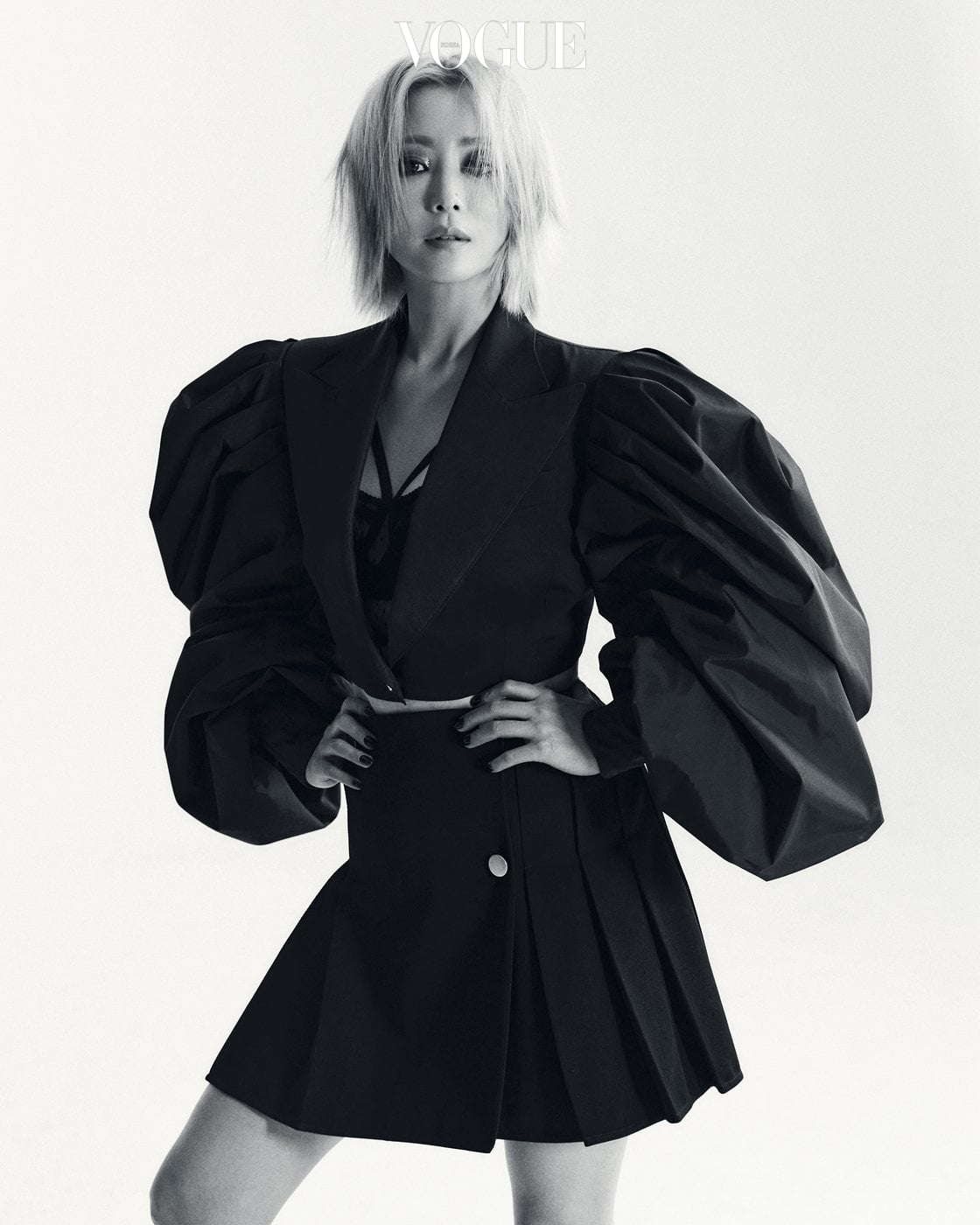 Over the course of her career, Kim Hee Sun has attempted a wide variety of roles. She commented, “I want to showcase different images. As I’ve tried [roles of] innocent, kind, hardworking, and diligent young girls, I wanted to try more bold roles. I think it’s my first time acting as someone as cool and aloof as Goo Ryun in ‘Tomorrow.’ I’m sure I’ll be able to show you a brand new Kim Hee Sun. I will daringly ask you to look forward to it.”

The actress also looked back on her career and shared, “There was a period of time where I would work and only pay attention to how pretty I was coming out [on screen] and how much screen time I was getting. While acting, your face can be compromised in some scenes but I just wanted to appear pretty. Thankfully, my acting and my attitude towards work has changed to be more desirable. Now, I participate with the mindset that those around me have to do well for the project to do well. Appearing pretty is no longer important.” 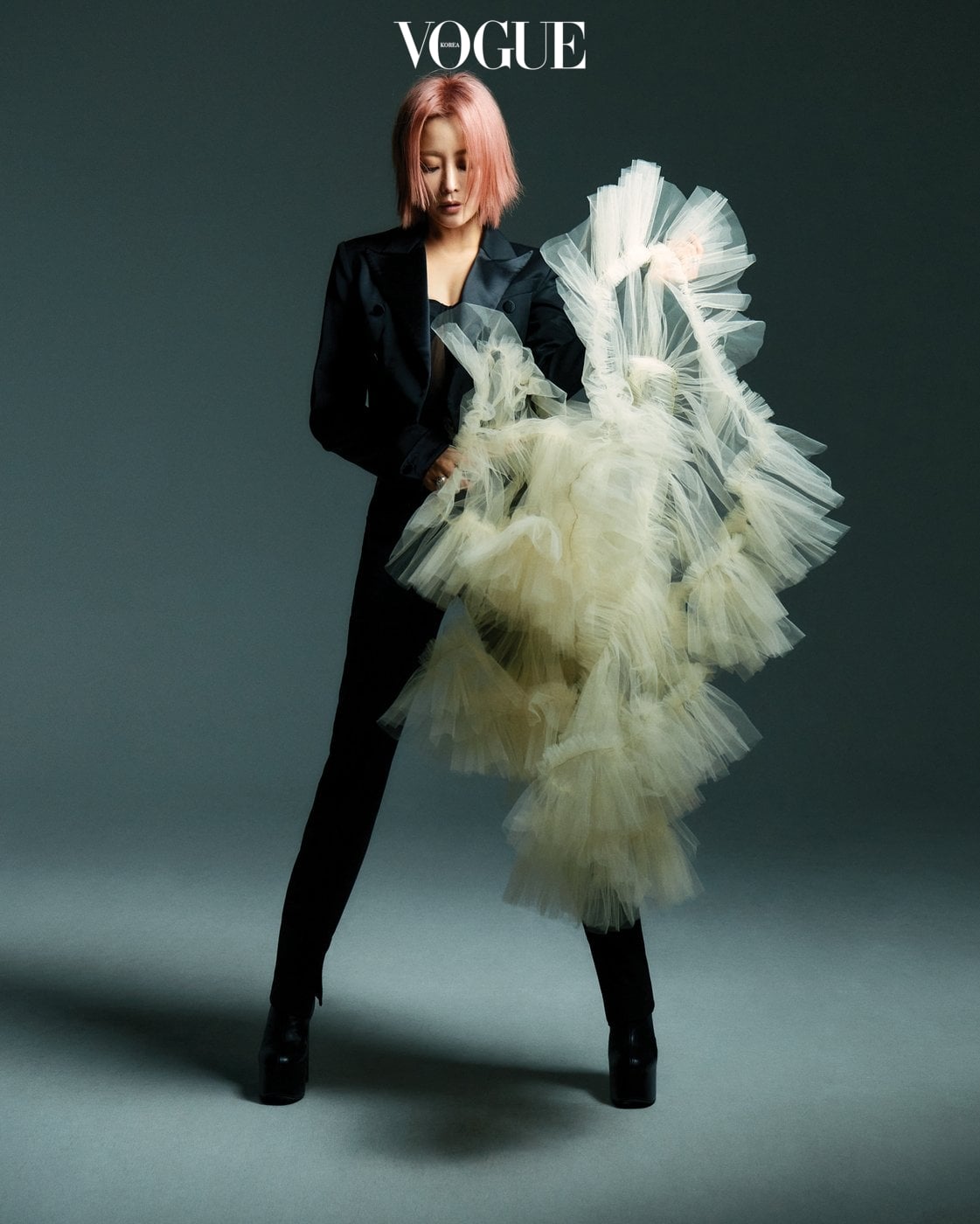 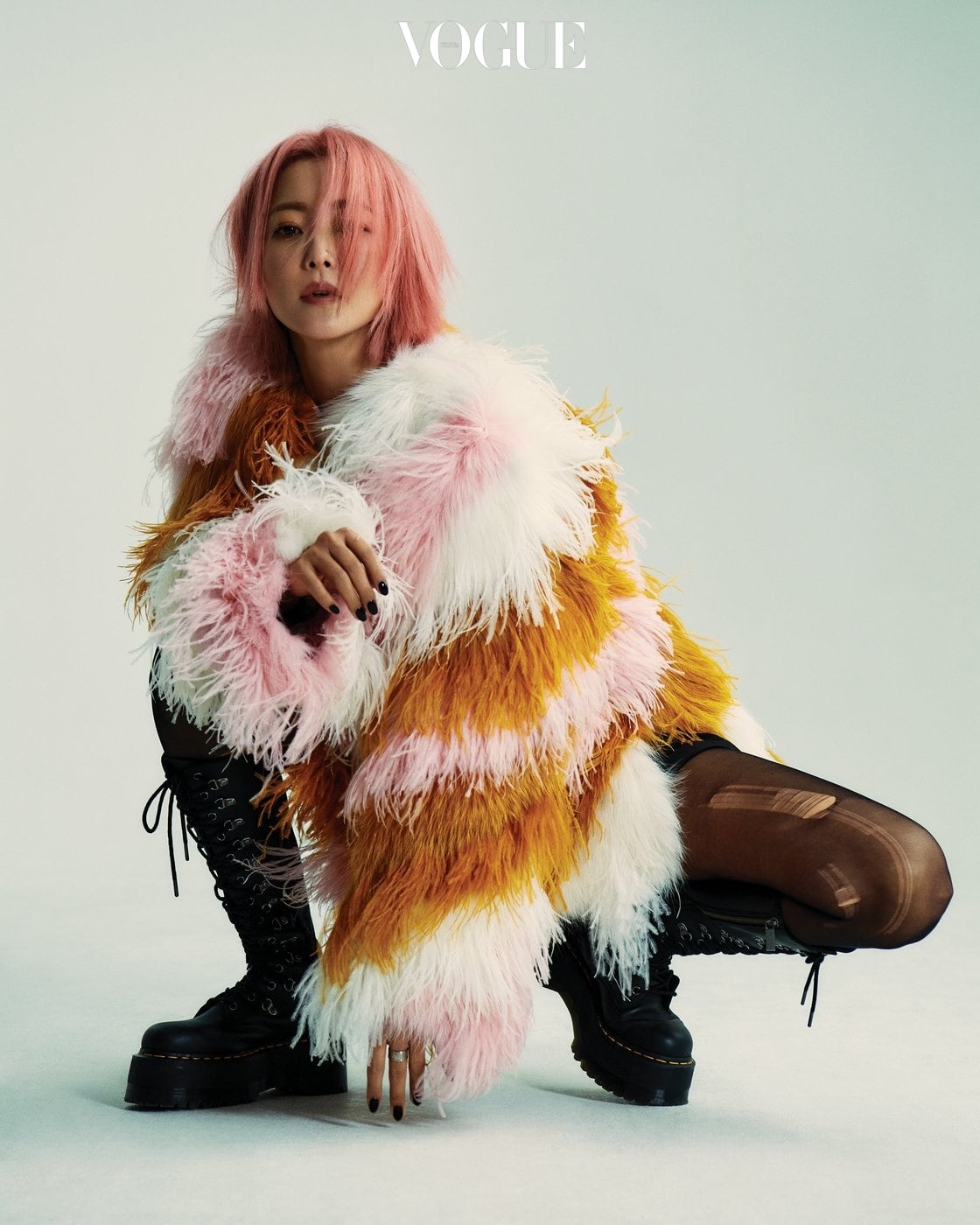 While she mentioned earlier that she enjoys doing hobbies with others, Kim Hee Sun surprised the interviewer by revealing that one of her hobbies was oil painting on her own. She also showed off her phone background, which was a photo of one of her own paintings. Kim Hee Sun explained, “When I draw, I don’t think about anything else. When something bad happens, I want to draw.”

She continued, “I was afraid because this was the first hobby I did on my own. Those around me gave me courage to try doing whatever my heart desired and I’ve reached this point after drawing without a plan. Rather than look towards my artistic achievement, I just started a new hobby, and now I have all these drawings. In my twenties, I didn’t have a hobby like this. I’d finish work late at night and I couldn’t golf or play tennis or table tennis at that time. I didn’t want to sleep because I was young so I’d relieve stress by meeting up with others to eat and drink. Now, I have my enjoyable hobby of painting. If the opportunity arises one day, I want to open a small exhibition at a café.”

MBC’s “Tomorrow” will premiere in March 2022. Check out a highlight clip for the drama here!