On the latest episode of “The Manager,” Girls’ Generation’s Seohyun opened up about a longtime friendship that started back in her trainee days!

The idol-turned-actress appeared as a guest on the February 19 episode of the MBC reality show, where she hung out with her close friend Lee Hwan Hee.

Seohyun explained that she and Lee Hwan Hee had been friends ever since they met 20 years ago at SM Entertainment, where they were both idol trainees. As they took a ride together in Seohyun’s car, they listened to BoA‘s music and reminisced about their time training together, with Seohyun recalling, “Back then, we both really dreamed of becoming ‘little BoA.’”

Later, while they were sharing dessert, Seohyun talked about how much she had relied on Lee Hwan Hee as a friend back then, particularly because she had been such a shy 12-year-old (by Korean reckoning). “Before you joined the agency, I hadn’t said a single word to anyone,” said Seohyun. “I felt uncomfortable and scared around other people. But when you joined and they told me you were the same age, I somehow felt instantly like it was fate.” Lee Hwan Hee excitedly agreed, “Me too. It felt like destiny. I was able to have fun and do well because you were there too.” 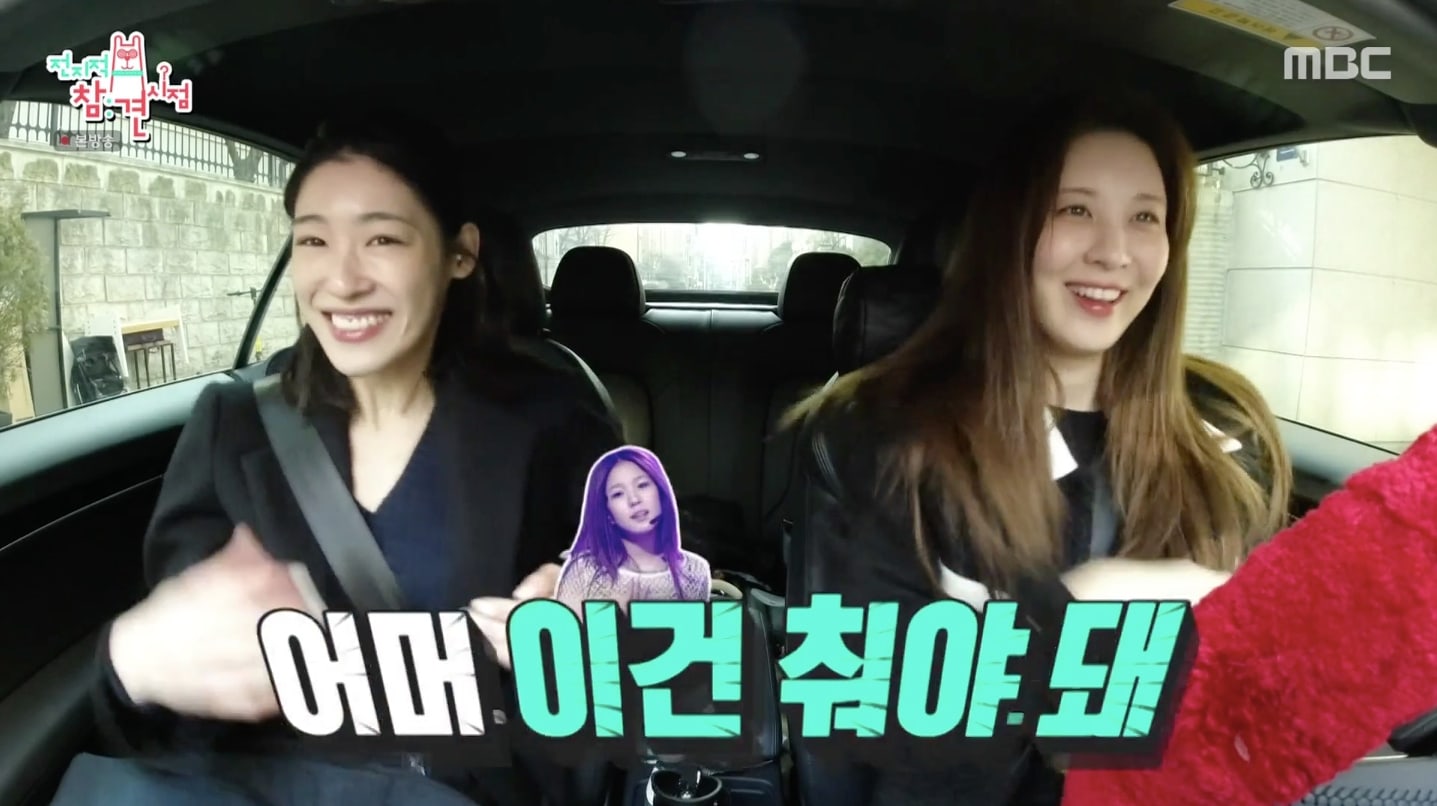 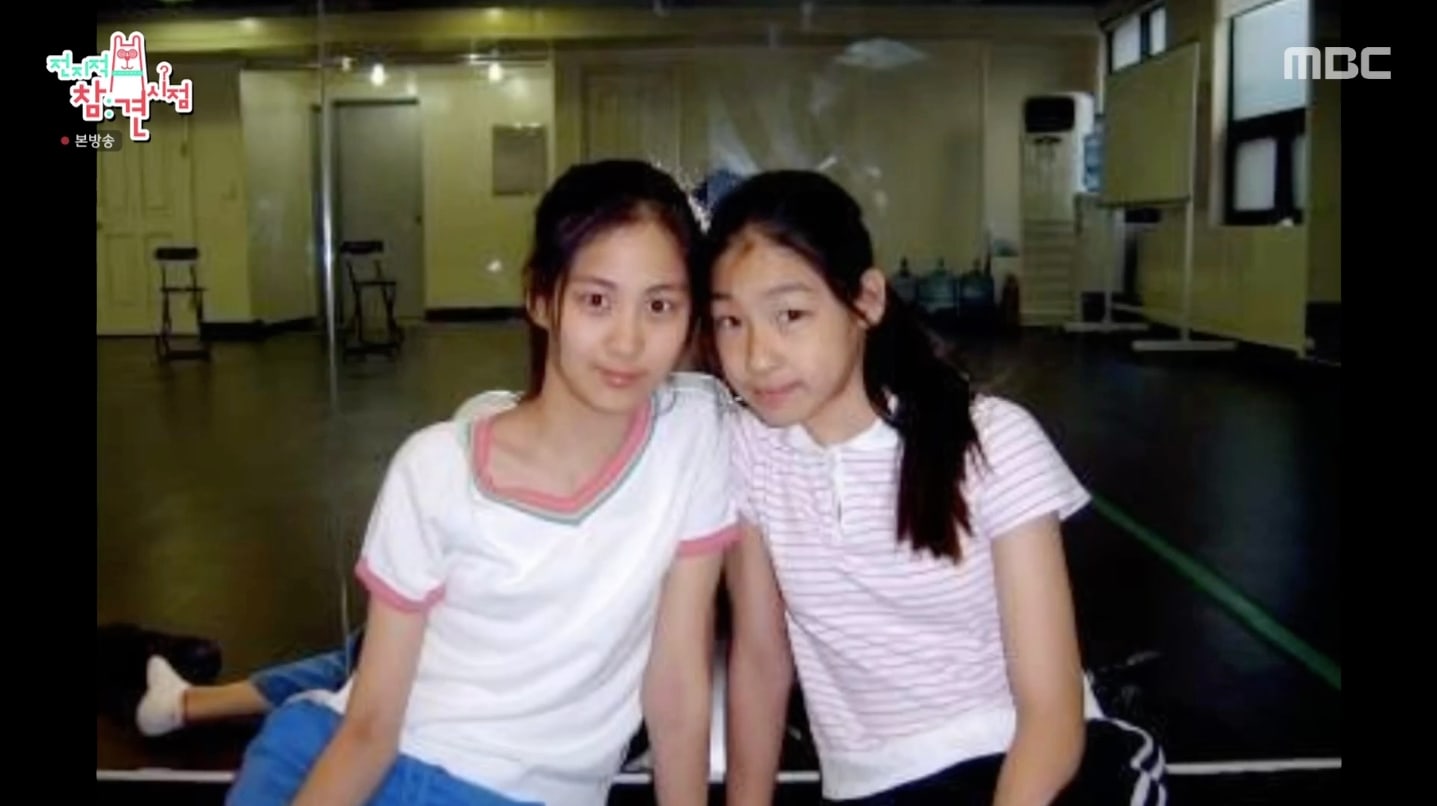 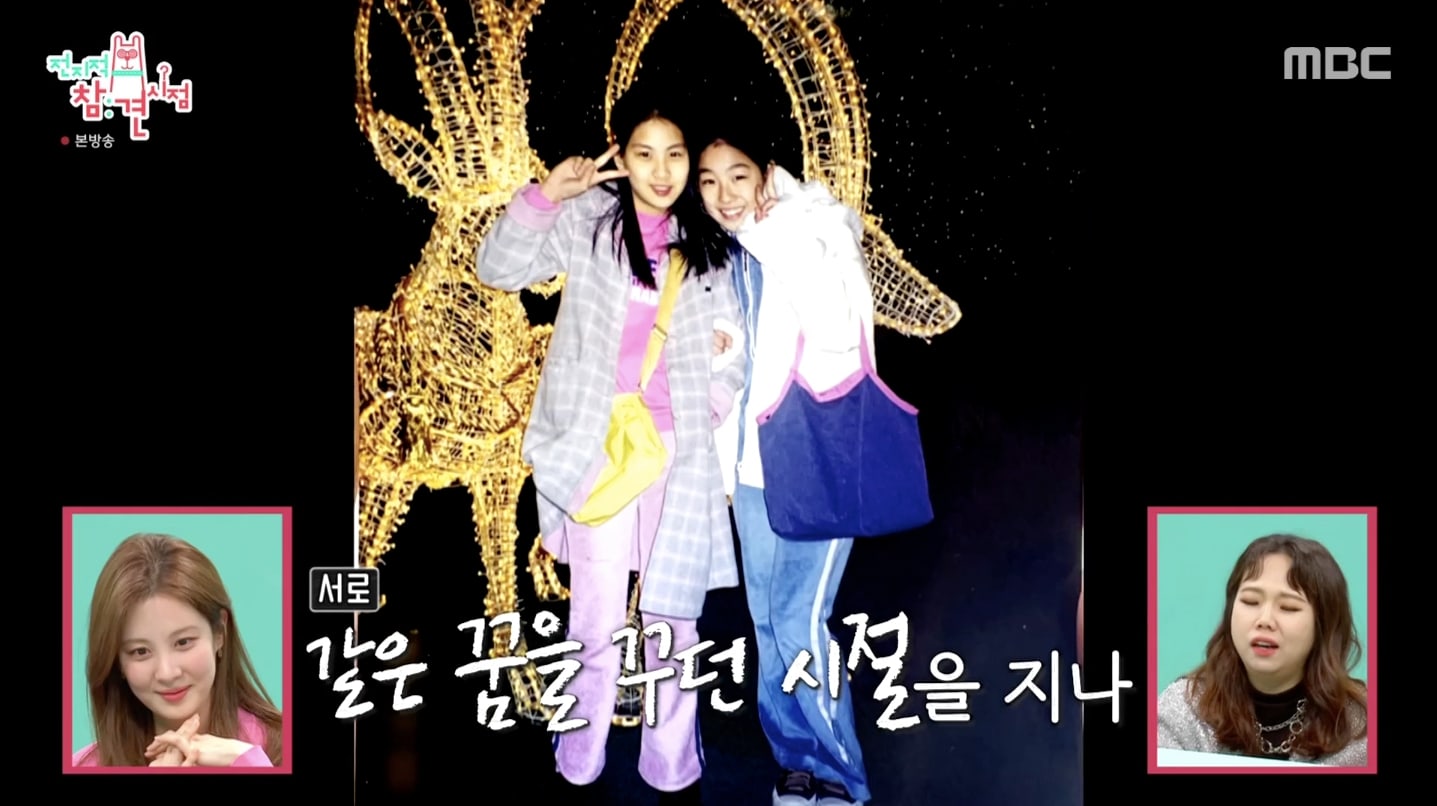 Seohyun added, “If it hadn’t been for you, I don’t know if I would have been able to endure it,” and Lee Hwan Hee chimed in, “There were so many times when you comforted me while I was going through a hard time.” Seohyun responded, “You comforted me a lot too,” but Lee Hwan Hee insisted, “But I feel like there were more times when I received comfort from you than when I comforted you.”

Although Lee Hwan Hee later debuted as a singer under a different agency, she is currently retired after getting married two years ago. “I still can’t believe you’re married,” remarked Seohyun, before adding with a laugh, “I don’t know why I cried so much at your wedding.”

Seohyun went on to surprise Lee Hwan Hee by confessing, “I always felt sorry to you.” When her friend asked why, she explained, “Because I was always so busy, so I couldn’t contact you or go see you that often. But you were always there in the same place thinking of me.”

Seohyun began tearing up as she emotionally continued, “I’m just so thankful. I’m just so grateful to have you in my life.” 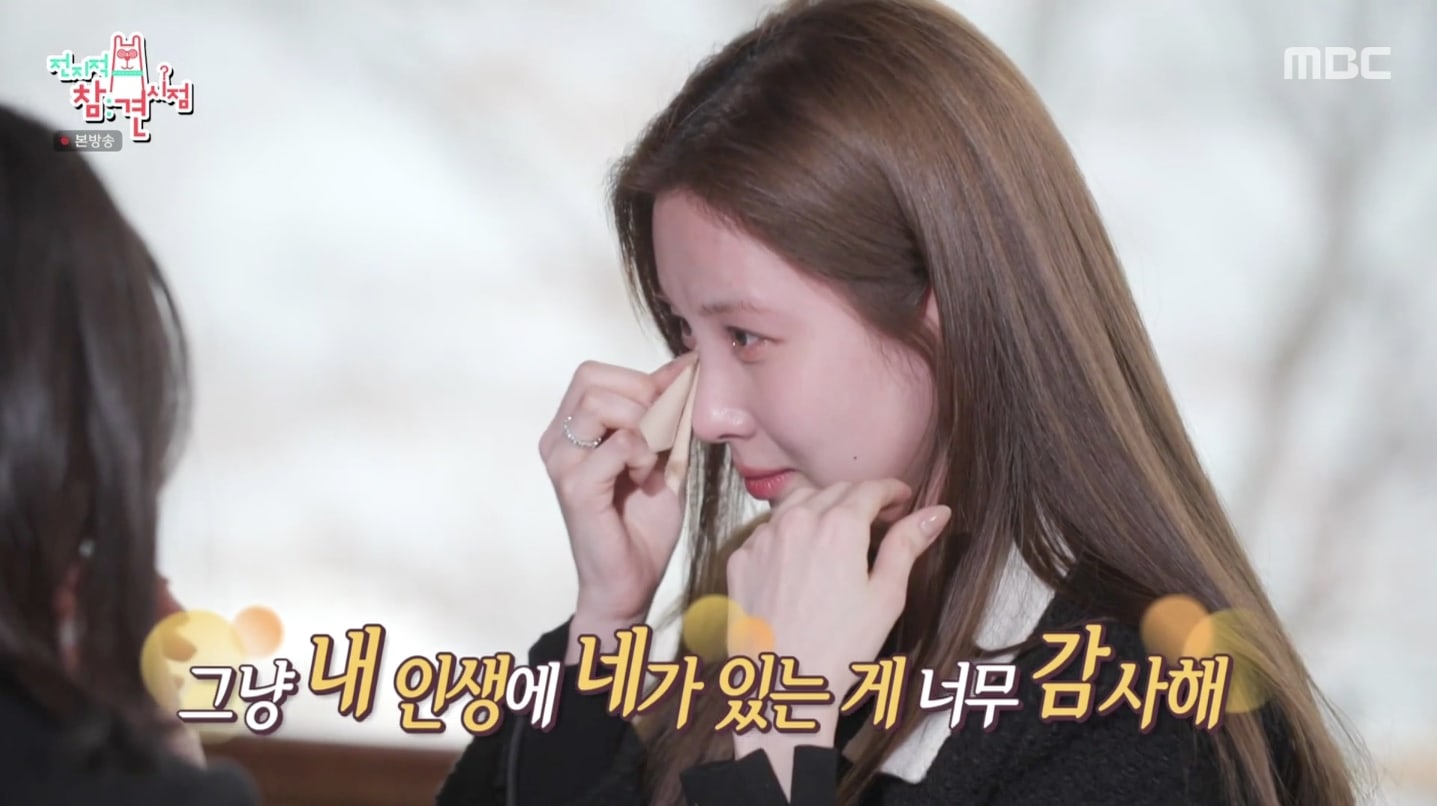 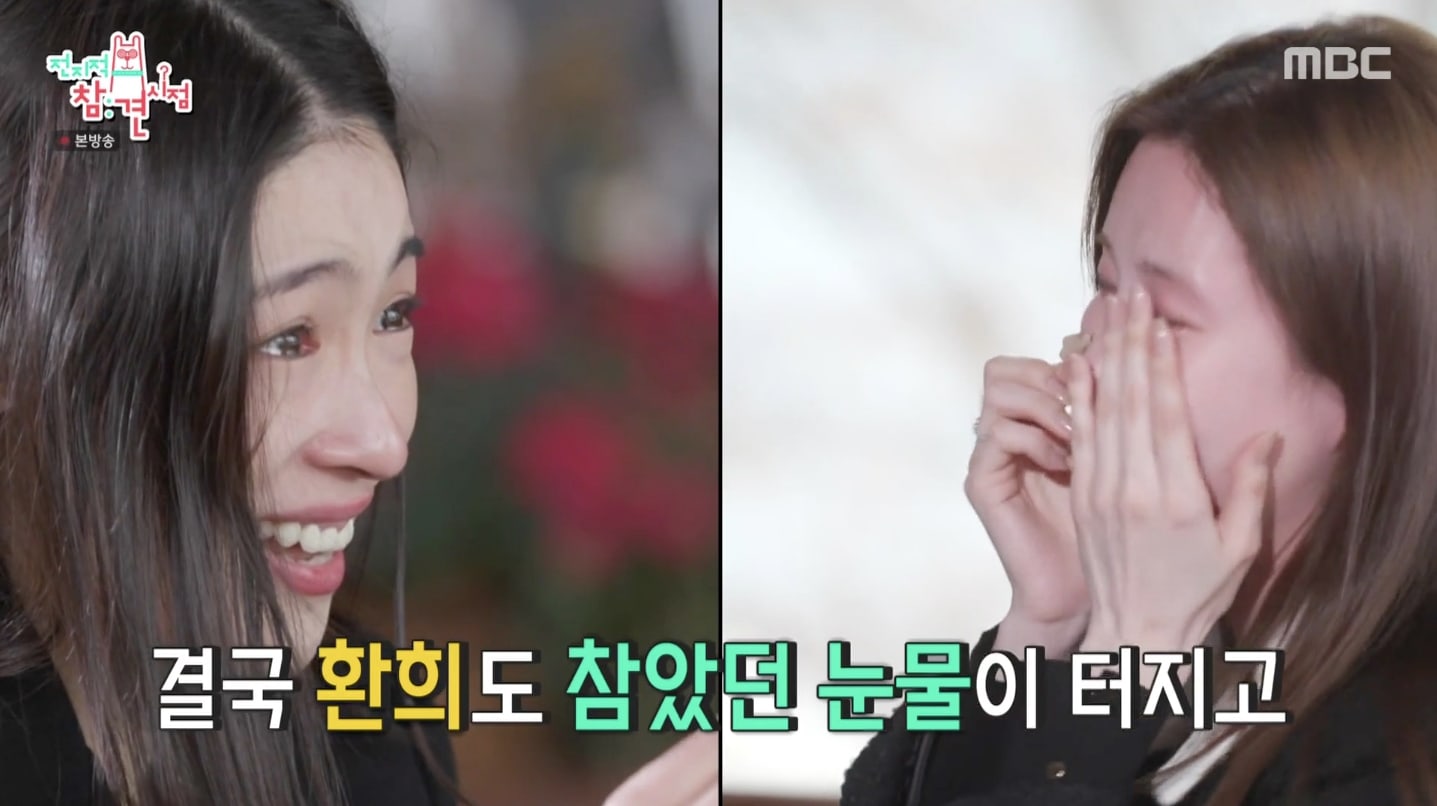 Back in the studio, Seohyun revealed that she had been devastated when she first learned that she had made it into the debut lineup for Girls’ Generation, but Lee Hwan Hee hadn’t.

“When I heard that only I had made it into Girls’ Generation, I didn’t feel happy at all,” she recalled. “I just felt so sorry, and I couldn’t stop crying.” Seohyun burst into tears as she went on, “I think I might cry now [just thinking about it]. I couldn’t bring myself to contact her. I felt so sorry, but then she contacted me to congratulate me.”

Seohyun added, “Just having this one friend makes me think I’ve lived my life well.” 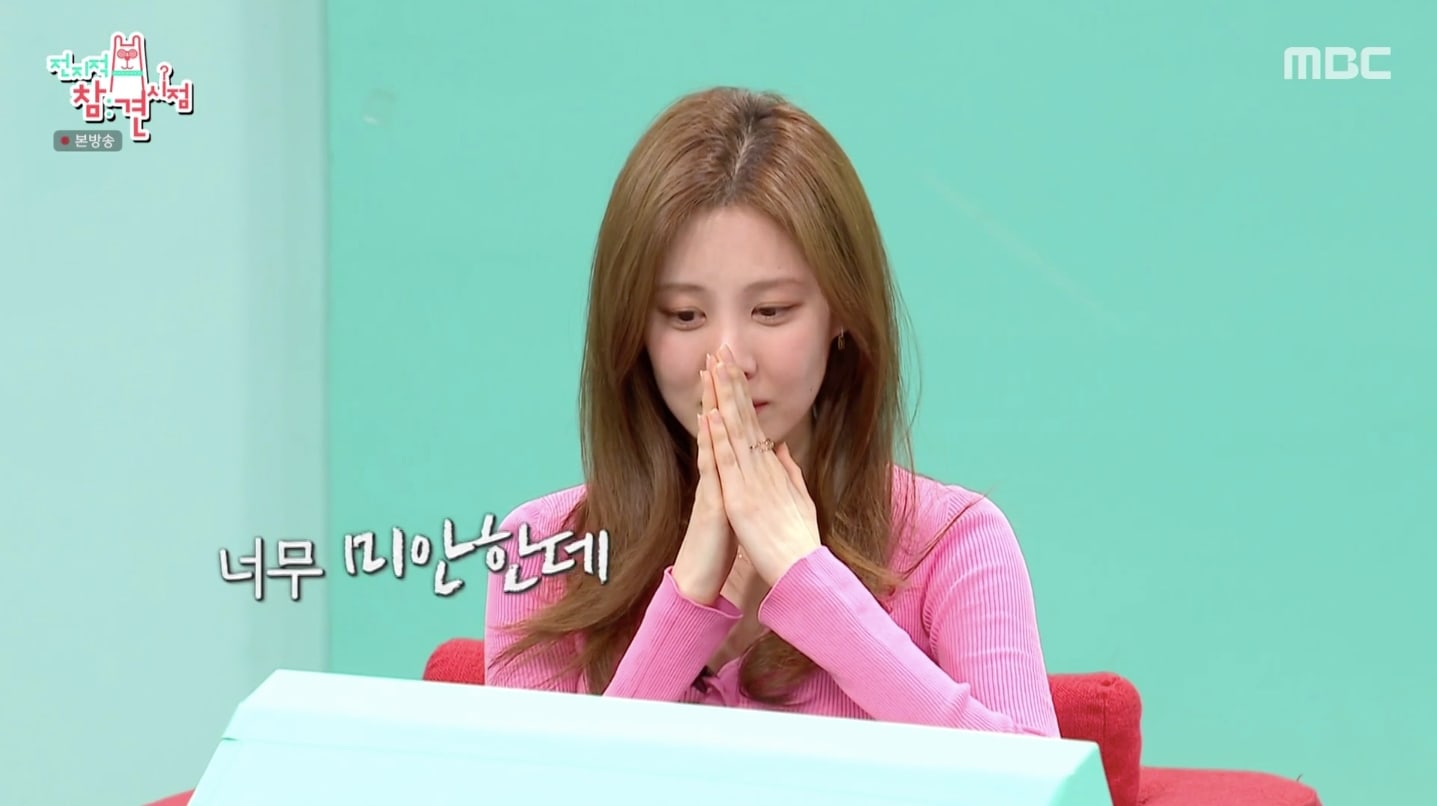 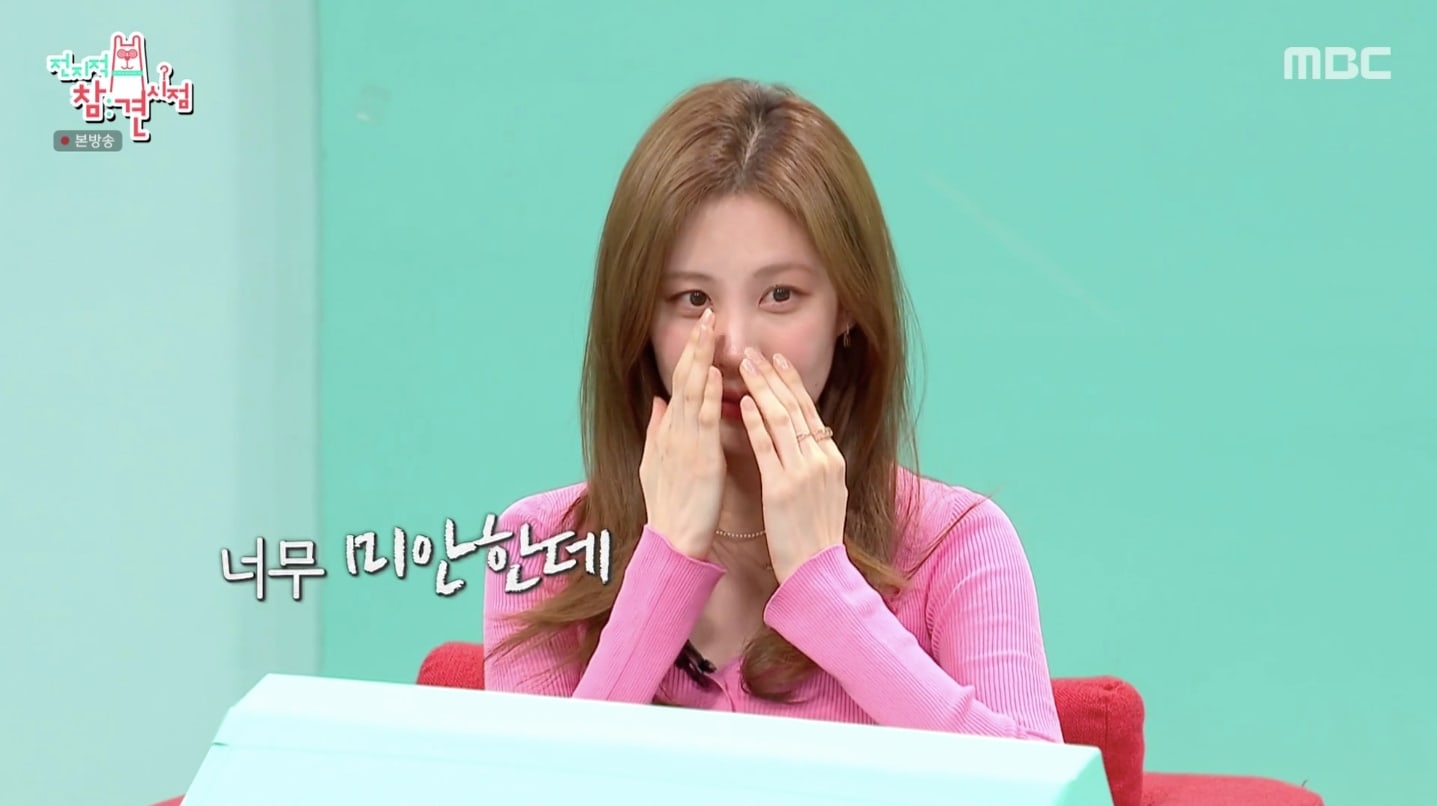 Watch the full episode of “The Manager” with English subtitles below!