“All Of Us Are Dead” Star Cho Yi Hyun Shares How “Twilight” Influenced Her Character, Lee Jung Jae’s Reaction, And More : Entertainment Daily

In a recent interview with iMBC, Cho Yi Hyun opened up about her approach to her role in the hit series “All of Us Are Dead”!

Ever since its release last month, “All of Us Are Dead” has become a global phenomenon, remaining the No. 1 most-watched show on Netflix worldwide for weeks and catapulting Cho Yi Hyun to international stardom.

When asked if she could feel her popularity skyrocketing, Cho Yi Hyun humbly replied, “I can feel the interest [in the drama] through news articles and the response on social media. I still feel dazed and confused as to whether it’s all actually real. It’s incredible.”

She went on to share that she is still in disbelief over the sudden rise in her Instagram followers, explaining, “After ‘All of Us Are Dead’ was released, my Instagram follower count went up, and it’s still increasing rapidly now—so it doesn’t feel like it’s my account. There are so many likes now, and the number of comments keeps growing. I used to be able to read all my comments in just a few minutes, but now, there are even lots of comments in other languages.”

Cho Yi Hyun is currently signed to Lee Jung Jae’s agency Artist Company, and she revealed that he texted her to let her know he was watching the show.

“[‘All of Us Are Dead’] was released over the Lunar New Year holiday,” she said, “and when I texted him first to say ‘Happy New Year,’ Lee Jung Jae texted me back, ‘I’m watching Episode 2 now. So Nam Ra is the class president, I see.” 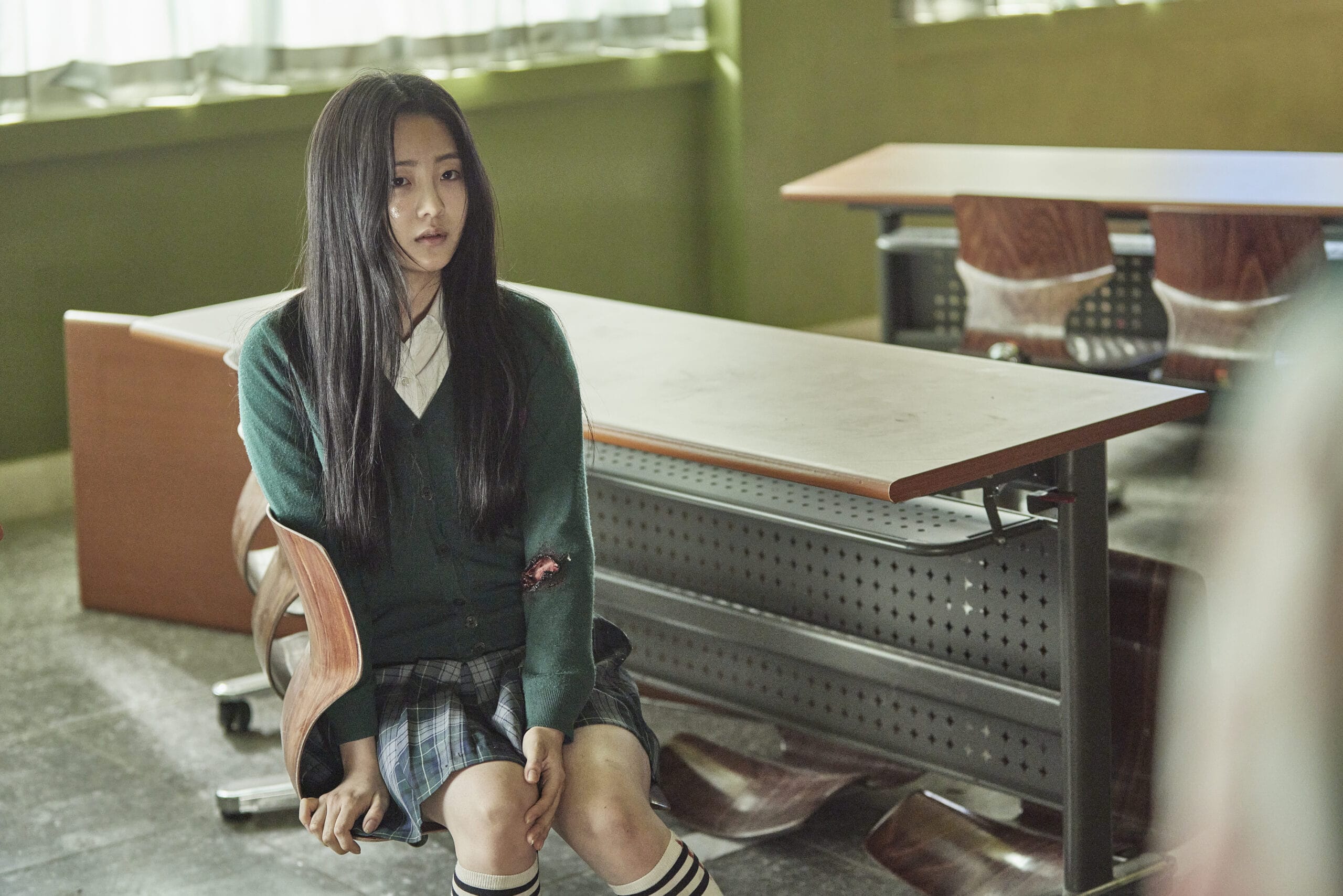 Cho Yi Hyun also confessed that the character of Nam Ra was difficult for her because it was so different from the other roles she’d played before.

“I’ve played different types of characters in every project I’ve done, but this was my first time playing such a cold and composed character,” explained the actress. “I did feel a bit of pressure, but fortunately, because I was acting with lots of other actors my age and we had such close-knit teamwork, I was able to overcome it.”

Nam Ra is a unique character in “All of Us Are Dead”: she is the only “half-zombie” (or, as the characters in the drama would say, “hambie”) who does not hurt humans.

Describing the challenges posed by the role, Cho Yi Hyun commented, “It was difficult acting out the process of going back and forth between her zombie side and her human side, of wavering between human and zombie. Before filming, I took ‘zombie lessons’ from a choreographer. I learned the choreography of how to use my face to frown, how to bend my fingers, and how to twist my neck [to look like a zombie], and I practiced a lot. The director also helped me center myself so that I wouldn’t go overboard with my emotions within the process of switching back and forth between zombie and human.”

The actress also revealed that she ended up turning to an unexpected source of inspiration for her portrayal of Nam Ra: the Hollywood movie “Twilight.”

“While pondering what a ‘half-zombie’ should be like, I watched the movie ‘Twilight’ and decided on my own that they would have a vampire vibe,” said Cho Yi Hyun. 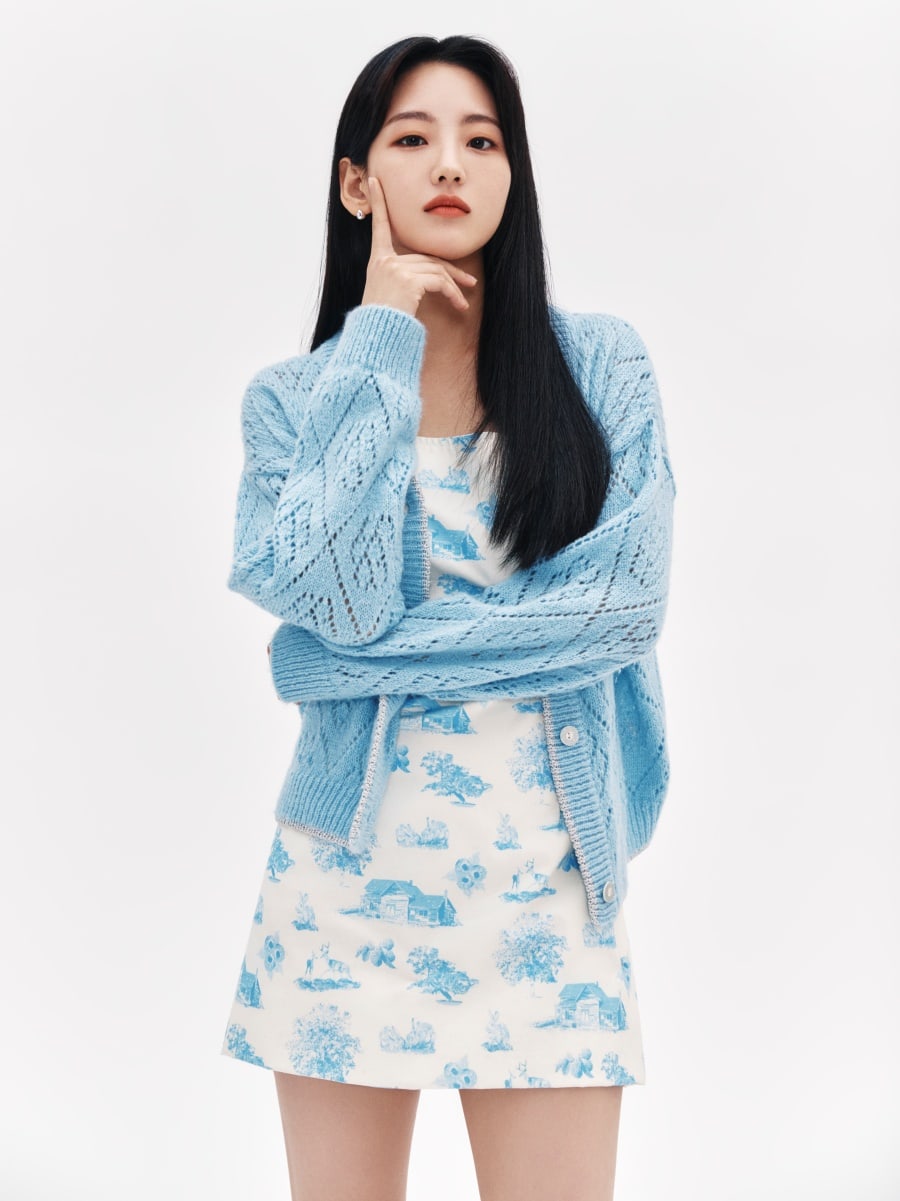 Even amidst her rising fame and popularity, Cho Yi Hyun shared that she is trying to remain as grounded as possible. She remarked, “I feel both amazed and slightly pressured by all the sudden interest and love. But my personality is like Nam Ra’s. I’m the type of person who tries to stay calm and not get over-excited.”

Finally, she summed up the inspirational message that she hopes viewers will take away from “All of Us Are Dead.”

“The drama’s message is that even when we find ourselves in a tragic situation, let’s try to overcome it and survive ‘in spite of it,’” she said. “I hope that viewers will feel that message as they watch the show.” 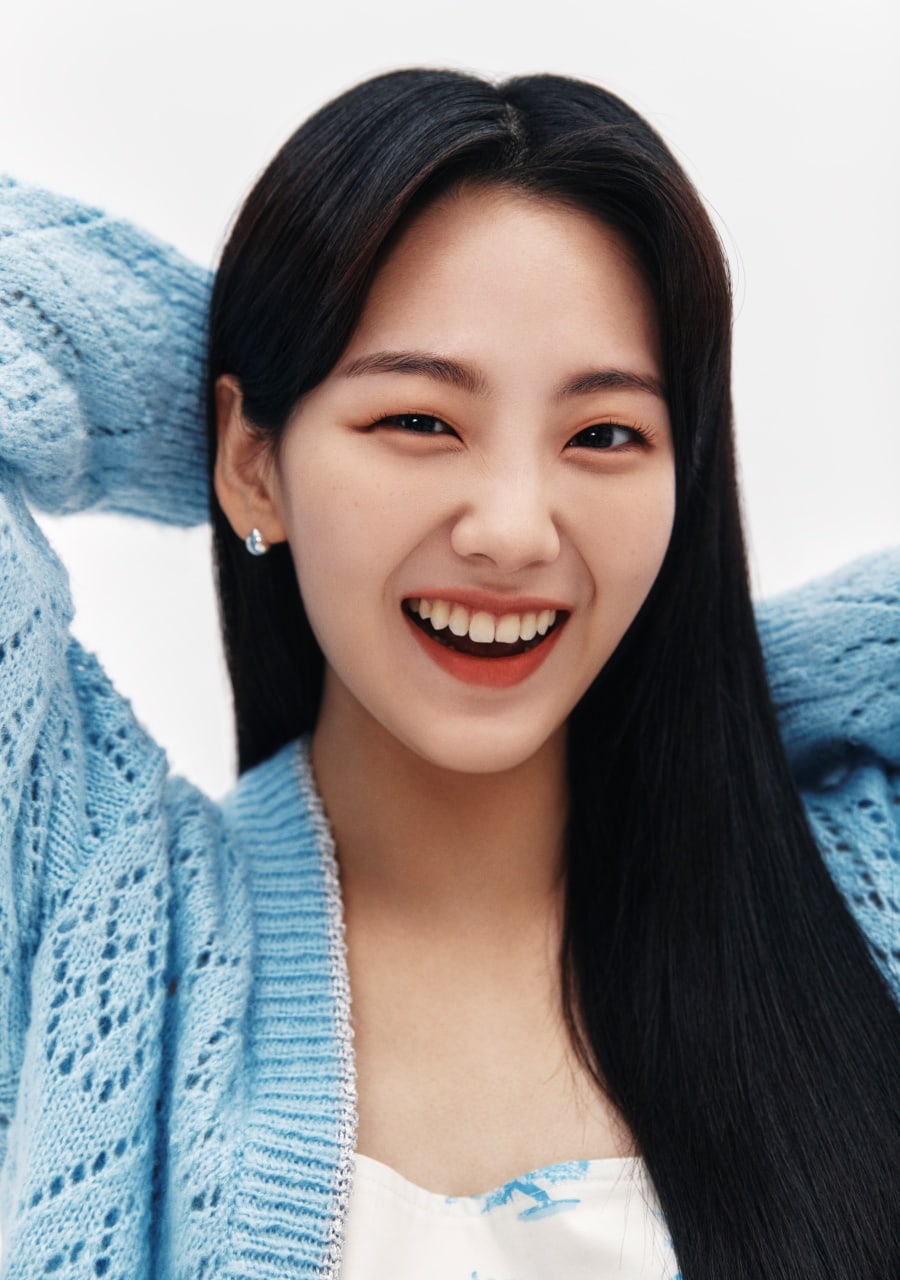 Watch Cho Yi Hyun in her previous drama “School 2021” with subtitles below!