Ahn Hyo Seop Steals Hearts As A Chaebol Successor Who Is Talented In Everything In “A Business Proposal” : Entertainment Daily

Based on a popular web novel that has been adapted into a webtoon, “A Business Proposal” is a romantic comedy about an office employee who goes on a blind date with her company’s CEO in place of a friend while hiding her identity.

Ahn Hyo Seop will star as chaebol heir Kang Tae Mu, who has everything from looks and brains to wealth and business savvy. Meanwhile, Kim Sejeong will star as ordinary food researcher Shin Ha Ri, who stands in for her best friend and chaebol heiress Jin Young Seo (Seol In Ah) at a blind date with Kang Tae Mu.

Ahn Hyo Seop’s character Kang Tae Mu is a perfect third generation chaebol. As the only successor of K-FRESH, he’s got both looks and brains. Although he’s often cold and grumpy, he has an unpredictable side that makes hearts flutter.

The newly released stills of Kang Tae Mu capture his different talents. He’s good-looking, wealthy, and intelligent, and he’s confident enough to say, “I’m brilliant in many ways.” Not only is he good at business, but he’s skilled at cooking and cleaning.

Kang Tae Mu catches attention with his clean cut appearance. Whether he’s at work or at home, he’s always wearing formal attire. When he’s at the company, he completely focuses on his job. However, he boasts cooking and cleaning skills at home. In addition, one photo shows him approaching Shin Ha Ri, and their close proximity makes hearts flutter. 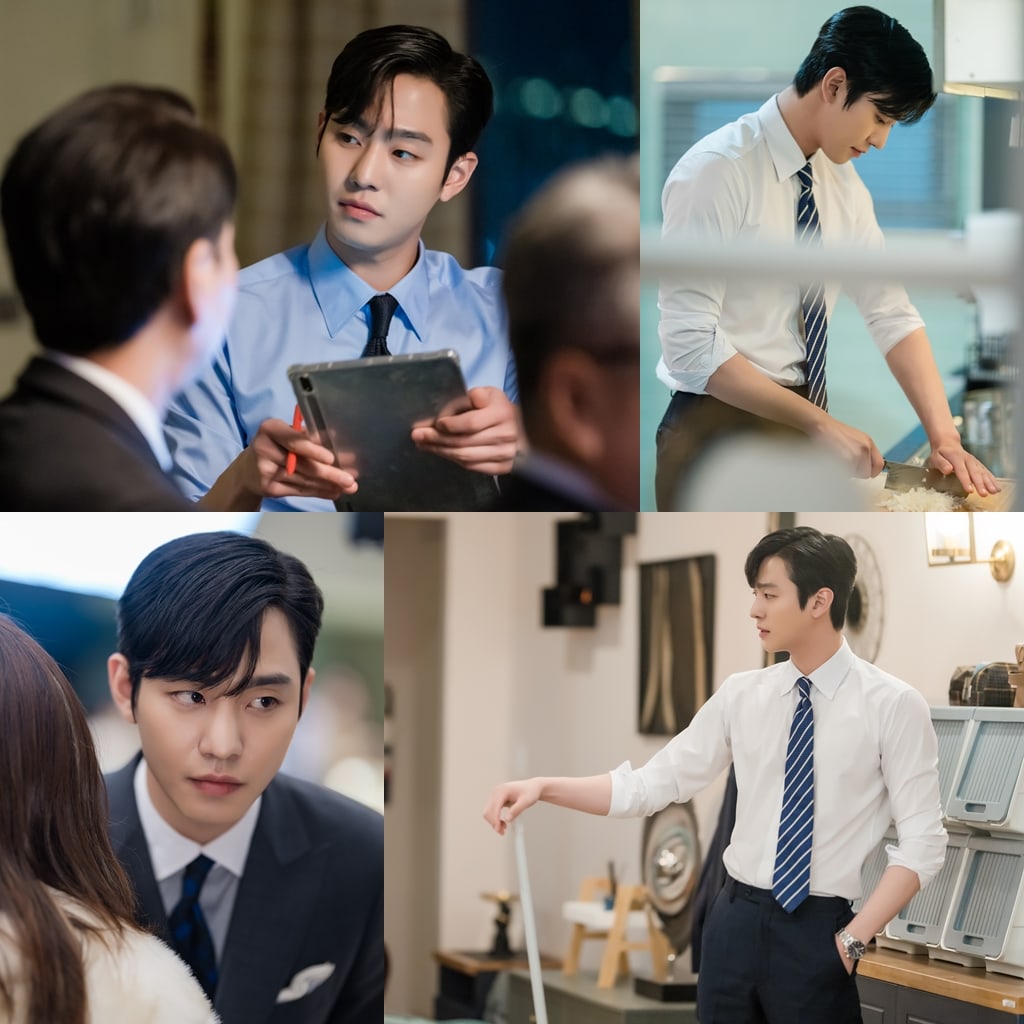 “A Business Proposal” will premiere on February 28 at 10 p.m. KST. Check out a teaser for the drama here!