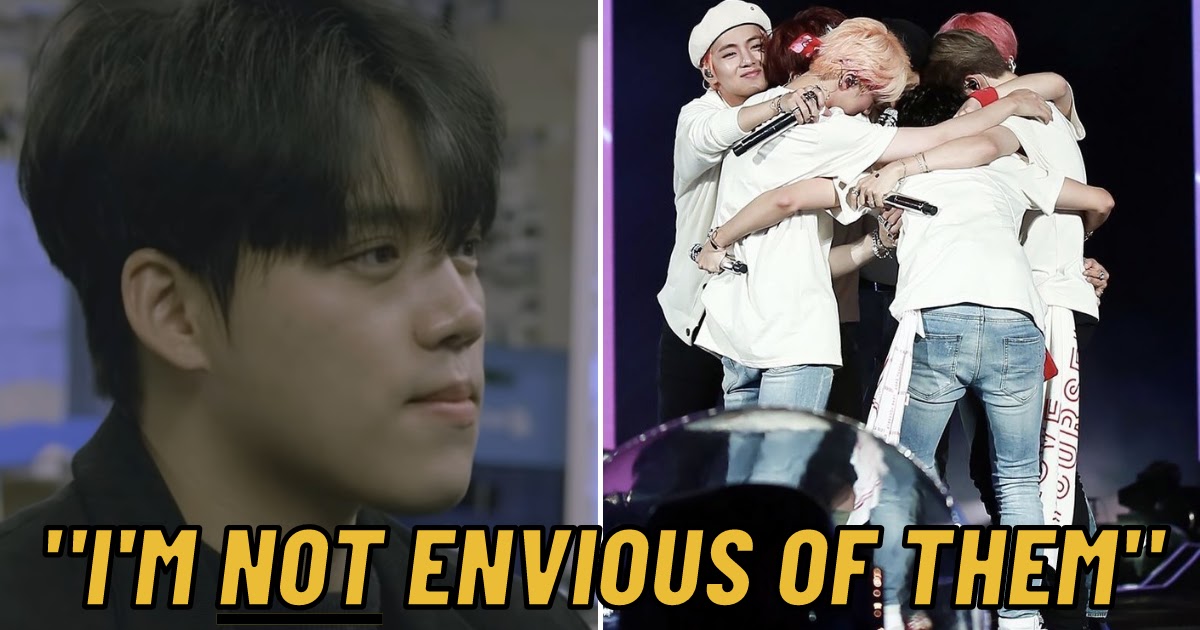 BTS is one of the most successful musicians of all time. Throughout the years, they’ve won several prestigious awards, sang in the largest concert venues, broke numerous records, and more.
It’s easy to think that the trainees who practiced with them but did not debut would feel regretful while observing these events. After all, they were so close yet so far from being part of BTS’s collective success.
Your browser does not support video.BTS
As a new Vice interview with two former trainees from BIGHIT MUSIC (previously BigHit Entertainment) shows, however, this is not always true. Kim Jihoon and Hwang Jihwan turned down misconceptions that they wished they could change the outcome of their situations.
Hwang Jihoon (Left) and Kim Jihwan (Right)
While eating at the same restaurant that they frequented with the BTS members as trainees, they touched on what happened after they stopped training. Jihwan acknowledged that he wasn’t the right fit for the group based on his level of commitment compared to the current members.