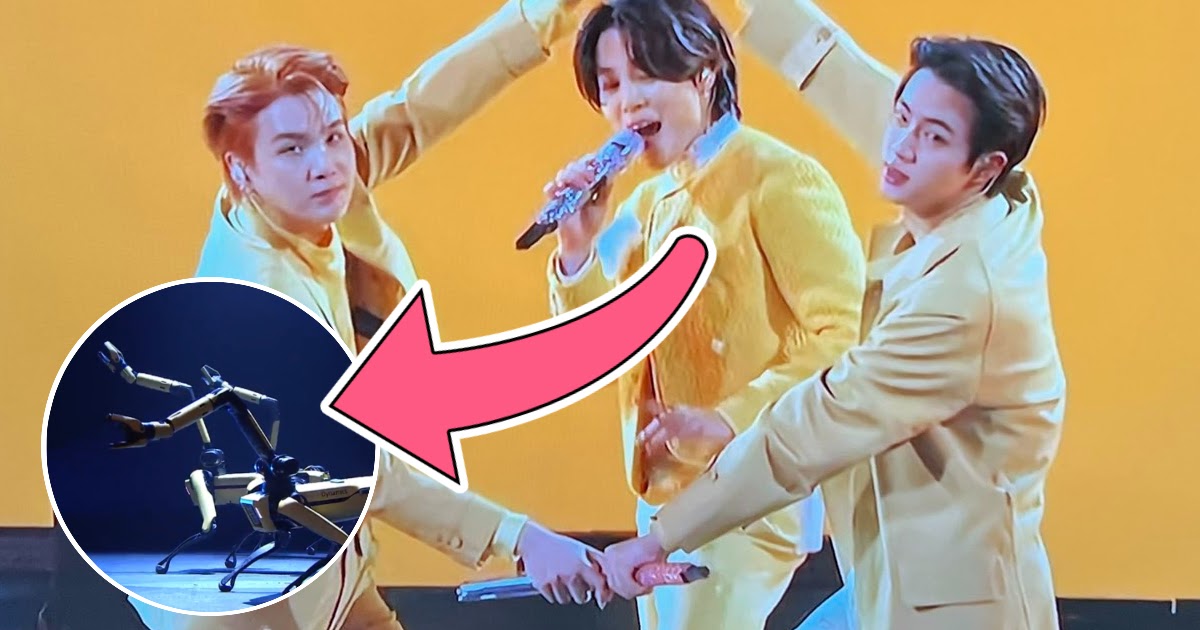 BTS had a collaboration with Hyundai in 2020 to help promote the Hyundai IONIQ, an electric vehicle line-up brand that focuses on both the economy and a sustainable lifestyle.
In order to promote the new line of vehicles, BTS released the song “IONIQ” in partnership with Hyundai.
| Hyundai/Hyundai.com
Although the song was a commercial, it actually was still very personal to the BTS members, with each of them focusing on their own individual experiences and conveying them in the song.
And the song was pretty popular, with famous dancer Aiki creating the TikTok dance challenge.

Your browser does not support video.Aiki doing the “IONIQ” challenge | @aiki_kr/TikTok
Which the BTS members also recorded themselves doing.

Although the robots were missing a lot of their members, as they had initially performed the choreography for BTS with seven members to match BTS’s, the three robots that performed still showed off their unique moves and synchronicity.
Your browser does not support video.The robots dancing to “IONIQ” | The Tonight Show Starring Jimmy Fallon/YouTube
And, of course, BTS fans were not only surprised by the unexpected performance but took the opportunity to make lots of jokes.
Your browser does not support video.| The Tonight Show Starring Jimmy Fallon/YouTube
Like how the robot version of the performance isn’t what they meant when they wanted a stage.

GIRL WHAT??😭😭 THIS ISNT WHAT I MEANT WHEN I SAID I WANT AN IONIQ PERFORMANCEpic.twitter.com/pZPMzvESVM
— ⁷ bam’s mom (@remkoobi) February 2, 2022

And many made mentions of how this meant that “IONIQ” had a comeback stage before the fan-favorite “Louder Than Bombs.”

But ultimately, fans were impressed with the performance. And mentioned how the song, with its meaningful lyrics and all, doesn’t even seem like a commercial.

You can watch the full clip from the show here.

As well as the first version of the performance here.