Meet Yoon Chan Young, The 20-Year-Old Veteran Actor Playing The Lead In Netflix’s New K-Drama “All Of Us Are Dead” : Entertainment Daily 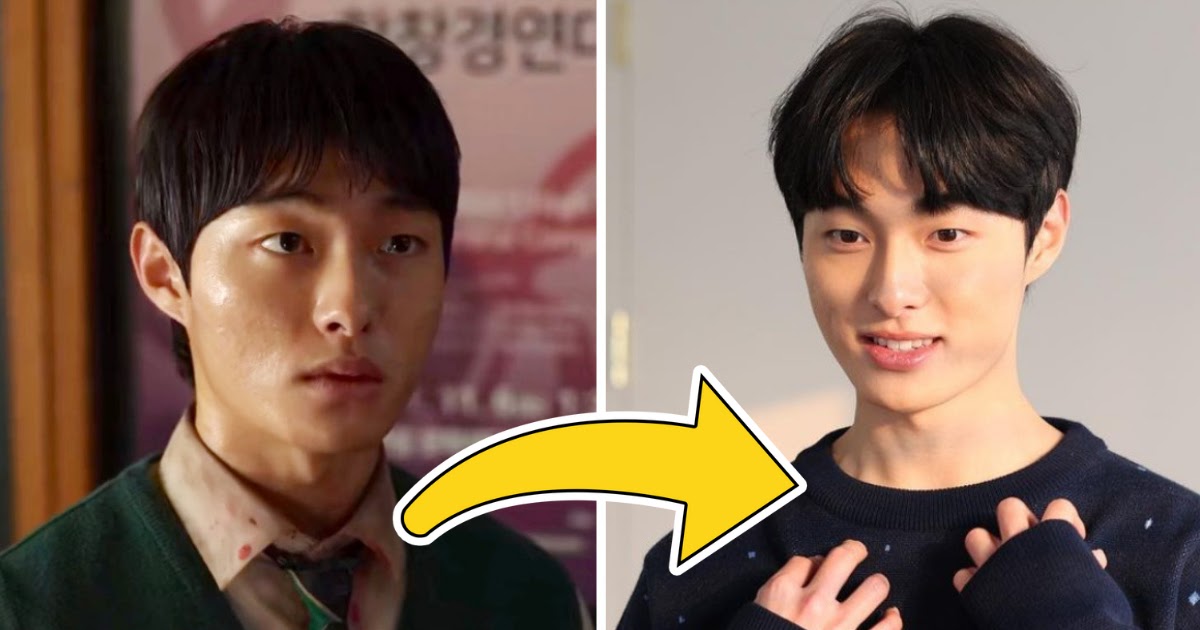 Since the rise of the Hallyu culture worldwide, it seems like a new Netflix K-Drama dominates the worldwide rankings, with global viewers falling in love with them at an unprecedented rate. The latest K-Drama that caught fans’ attention is the zombie teen flick All Of Us Are Dead.
The series follows a group of students who are battling with the people closest to them to survive after many of them become zombies.
“All Of Us Are Dead” Poster | Netflix
Due to their age, a lot of the cast is fairly new to netizens. They have been thrust into the spotlight due to the show’s rising popularity, with netizens wanting to know everything about them.
“All Of Us Are Dead” cast | Netflix
Alongside the cast like Park Solomon, Choi Yi Hyun, and Park Ji Hoo, one person who has caught the attention of netizens is actor Yoon Chan Young, who plays the lead character Cheong San.
Yoon Chan Young as Cheong San | Netflix
Throughout the series, Cheong San’s relationship with the other students really made the series so impactful.
| Netflix
Your browser does not support video.| Netflix
Yet, despite only being 20 years old (born in April 2001, Yoon Chan Young is basically a veteran actor in his own right. He made his acting debut at the age of 12 in the MBC show When a Man Falls in Love, where he played the young Lee Jae Hee.
From there, he went on to star as the younger version of lead characters in some huge and recognizable K-Dramas, including Doctor Romantic, Bride Of Habaek, and Still 17.
Yoon Chan Young in “Dr Romantic” | SBS
Yoon Chan Young (right) in “Still 17” | SBS
He also shone in Korean movies, showcasing his diversity as an actor throughout the years. Compared to some of the rising stars in K-Dramas, who are much older than him, Yoon Chan Young seems to have done it all.
In particular, his recent projects have been alongside some huge names and seen him become a more prominent character, rather than just being used in flashbacks. From meeting a heartbreaking ending as Gi Seok in Doctor John and Dong Myung in Nobody Knows.
Yoon Chan Young in “Doctor John” | SBS
It seems as if there’s much more to the actor than first anticipated. The 20-year-old actor graduated from Hanyang University and is signed under Snowball Entertainment, home to the likes of Song Yoon A and Shin Dong Wook.
Unsurprisingly, Yoon Chan Young is multitalented. A past interview has resurfaced, revealing that he loved rapping so much that he wanted to be a contestant on Mnet’s High School Rapper.
| @yooncy1/ Instagram
After his role in Do You Like Brahms?, he has even showcased his piano skills.

Of course, his visuals are no joke either, and his personal Instagram account is flooded with pictures that show off his youthful and boyish charms. In particular, many netizens have noticed that he has looks that wouldn’t be out of place in an idol group.
| @yooncy1/ Instagram
| @yooncy1/ Instagram
Also, when it comes to professional photo shoots, his mannerisms resemble that of an adult with decades of experience, rather than someone who will turn 21-years-old (international) in a few months,
| @yooncy1/ Instagram
| @yooncy1/ Instagram
Despite just being 20-years old, Yoon Chan Young has proved just how versatile he is as an actor. With a long career ahead of him, no doubt his role in All of Us Are Dead will open many more doors for him to showcase his true talents.
You can read more about the cast below.
Meet Park Solomon, The Handsome Breakout Star From Netflix’s New K-Drama “All Of Us Are Dead”