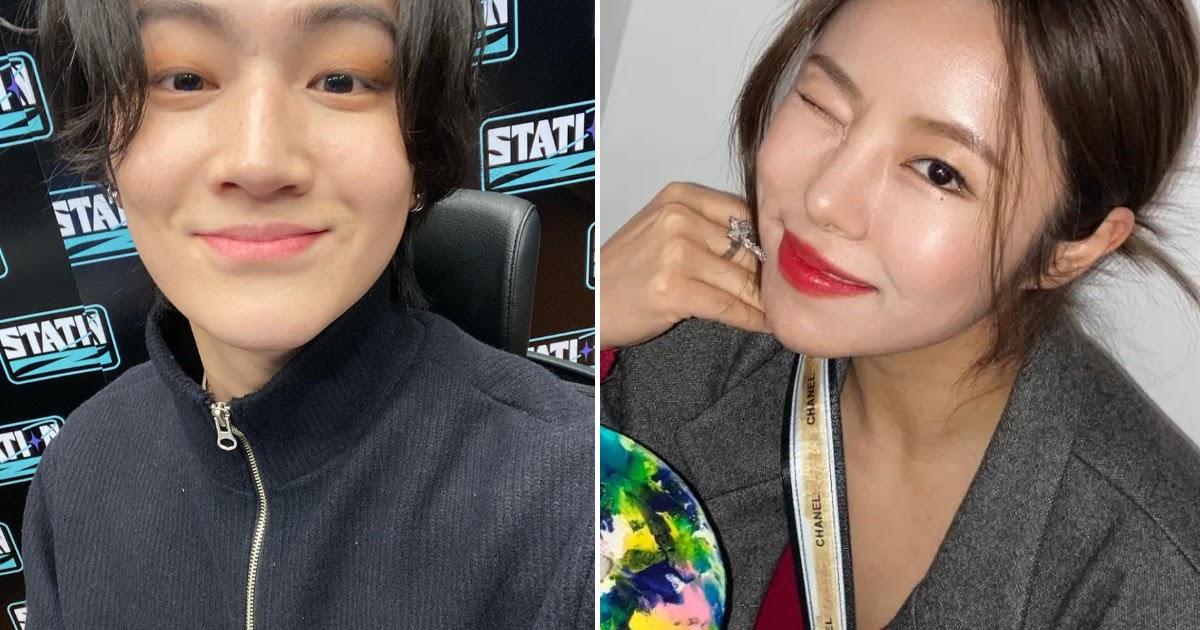 MAMAMOO‘s Wheein has recently released her latest solo album, WHEE, and has been busy promoting it through music show performances and interviews. Recently, she sat down for an interview with Teen Vogue and to discuss her new album, her departure from MAMAMOO’s label RBW—and her close friendship with GOT7‘s Jay B.
| @whee_inthemood/Instagram
Wheein has already seen some well-deserved success with WHEE in the form of her first win as a soloist on music show M Countdown.
Your browser does not support video.| /Mnet
This is touching considering what the album means to her. When asked what message she was trying to communicate to her fans with WHEE, she revealed that she wanted her fans to celebrate this album as a new start for her.
I wanted to ask my fans to support me through my new start under the new agency and to kind of celebrate my new start. I also want them to join my path as an artist growing and moving forward. I hope the fans could really understand my future direction as an artist. I hope they could understand me a little bit better through this album.
— Wheein
After all, the decision to leave her group’s label was a pretty big one. But by the looks of it, Wheein is already feeling comfortable in her new label, THE L1VE, which was founded by VIXX‘s Ravi. Not only does she have a good friendship with Ravi, but she has also had the opportunity to make the kind of music that she’s always liked, which tends to be a lot of R&B. In fact, she has even struck up a close friendship with Jay B, whose music also falls within the R&B genre, and with whom she collaborated last year.

When Wheein was asked about this friendship, she explained that the two of them got close after their collaboration on Jay B’s song “AM PM,” which allowed them to spend time together and build a bond for the first time—an experience that she considers special to her.
That collaboration was actually the first one I’ve done under the new agency, so that was very special. And with Jay B, I knew him, we would just run into each other sometimes so he was definitely a colleague, but I never got a chance to build a friendship [with him]. But by working on “AM PM” together, I really got to know him and we became really close. So that was a very special collaboration to me as well.
— Wheein
Fans have gotten to watch this friendship grow since then, even pointing out cute moments when they support each other on social media.

And fans weren’t the only ones who loved her collaboration with Jay B! GOT7’s BamBam has also stated that, after listening to “AM PM,” he thought he’d also like to collaborate with Wheein himself.

bambam said he listened to wheein’s featuring in jay b’s song, so, if possible, he’d want to collab with her too.again, eunji😂told them to talk about this on their own time bc she’s feeling left out again..asked why nobody’s asking her collab with her lol
— ㅈㄱㅇ (@ch0ssh1) January 25, 2022

Not only that, but he’s also been open about the fact that he wants to befriend her…

bambam said he thought wheein was really funny after watching her on a radio show before. he thought it would be nice to have a friend like her, so he got in contact with her through someone else that knows her too. (…)
— ㅈㄱㅇ (@ch0ssh1) January 25, 2022

…and fans can’t get over the hilarious difference in the way he and Jay B approached a friendship with Wheein in the first place.

jay b contacted wheein through his company but bambam straight up ask for her personal contact from whee friend, do y’all see the difference 😂
— k (@pjywhee) January 25, 2022

Luckily, Wheein is interested in collaborating with BamBam too!

there was a comment saying bambam and wheein should collab and wheein said that would be great. she also mentioned she’s been listening to bambam’s songs lately and bambam was like “really?” wheein said she will show bambam her playlist later. #BamBamWheein_GayoPlaza #BamBam
— joy☾e (@cyjprint) January 25, 2022

In fact, she’s already been very supportive of GOT7’s solo projects, and given her close friendship with Jay B and her new friendship with BamBam, it would be exciting to see what kind of amazing projects they could produce together in the future.

It’s great to see these iconic third generation K-Pop idols building bonds and working together to release music that they’re passionate about. With any luck, we’ll be seeing more of Wheein and GOT7 together soon, and more of her cute friendship with Jay B!