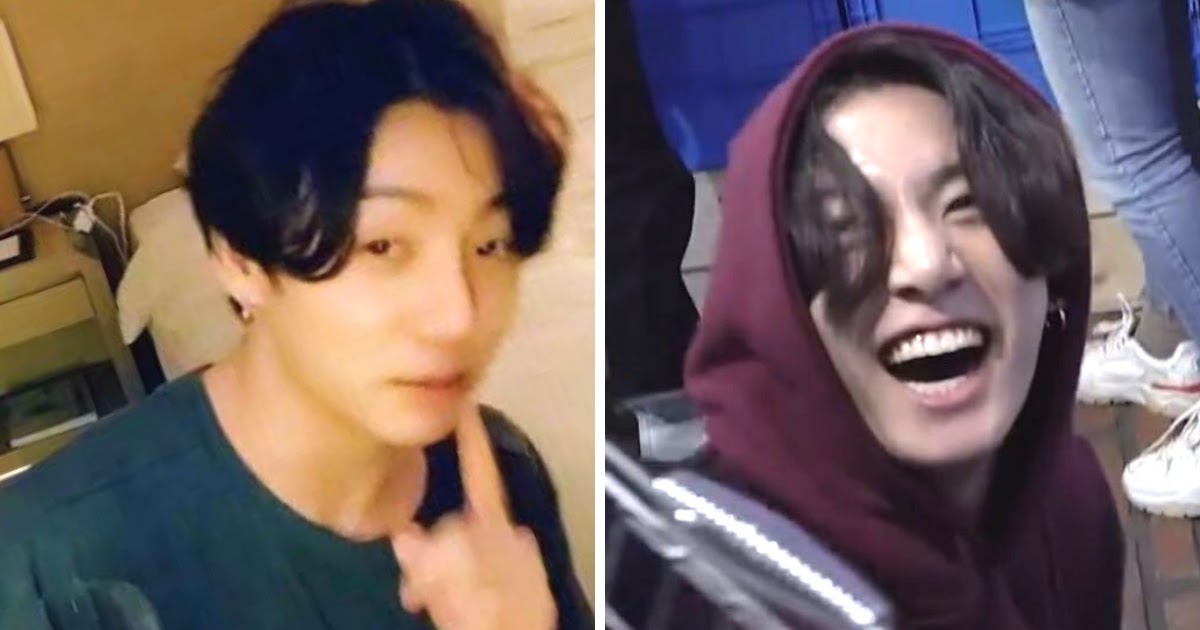 BTS‘s Jungkook doesn’t have to try to be funny — It just comes naturally! Check out the hilarious moments below where he made everyone laugh without even trying.
1. When he accidentally mispronounced “Chicotle” and caused a whole rebranding

2. When he was this happy getting tons of candy

BRINGING BACK WHEN JUNGKOOK WAS TAKING SOME CANDIES AND HOSEOK SAID TO HIM THAT HE DIDN’T CHANGE AT ALL SINCE HE WAS 15 (BECAUSE HE’S STILL LOVE SWEETS) AND THE WAY JUNGKOOK SMILED 🥺🥺 pic.twitter.com/bjGETUYG8E
— Carolyne⁷ 🌱 (@mhereonlyforbts) February 2, 2022

4. When he told a “secret” during a live broadcast

this is still the most funniest thing jungkook has ever said on the vlive😭 pic.twitter.com/H0t6qQnFCw
— ً mimi⁷ ᥫ᭡ (@foreverebangtan) January 26, 2022

6. When he completely forgot a BTS song even existed

jungkook rediscovering heartbeat will never not be hilarious to me pic.twitter.com/e1mJ9kx79Q
— courtney (@queersuga) January 30, 2022

7. When he collapsed listening to his young self rap

okay but jungkook listening to his fetus self rapping and falling all the way down is still the funniest thing to ever happen😭😭😭 pic.twitter.com/quTUXVFDA5
— Aanya ♡⁷💤 (@tetemystar) January 31, 2022

8. When this iconic moment was born

Every single thing about this clip is so endearing! Jungkook’s little exclamation as he’s being dragged off awww 😭💜 pic.twitter.com/1wJXYNwr72
— Riddhi Chakraborty 🏳️‍🌈 (@thisisridz) February 1, 2022

9. Coming up with a meaning for his autograph on the spot

10. When his pitch of not wanting to become class president earned him the title

11. When he did naughty charades during Run BTS!

remember when jungkook did this to describe the word anus pic.twitter.com/AHRhrk0i0D
— mr soggy 👻 (@namginut) December 12, 2021

12. Resisting the urge to touch the toys

13. Mistaking the MC as a BTS member and getting embarrassed

15. Cracking up at himself singing in Chinese

jungkook not being able to contain his laughter when recording the chinese version of boy in luv is still the funniest jungkook moment ever pic.twitter.com/scvB7mEE0v
— 𝙖𝙡𝙚𝙭 ❁ ⁷ (@contaeversial) May 15, 2020