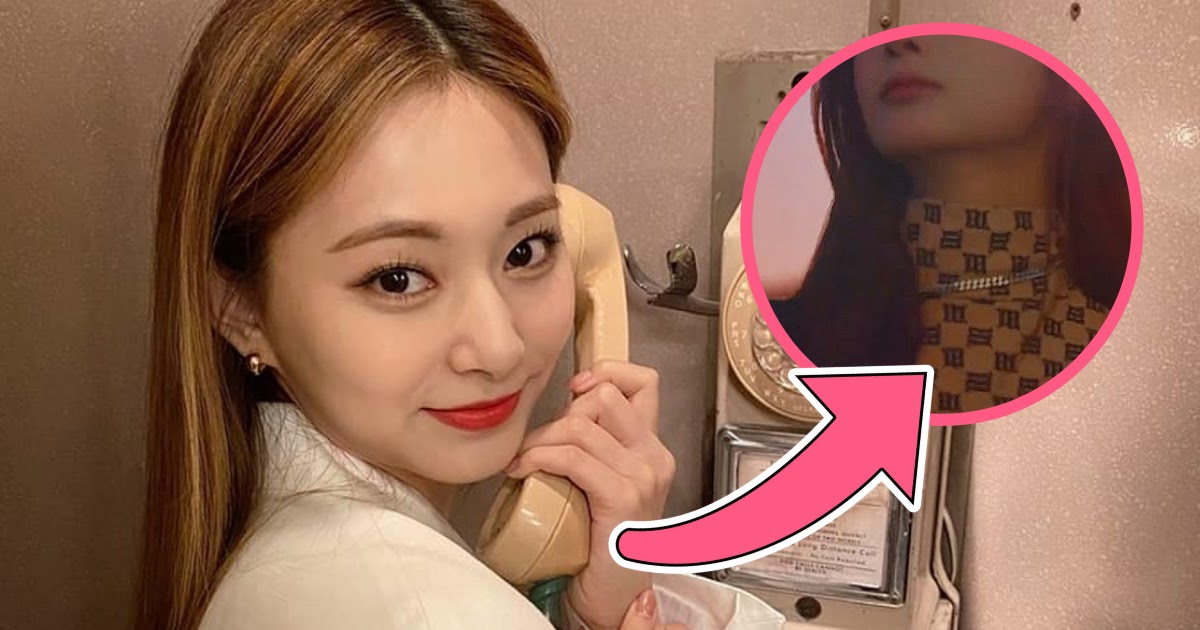 When it comes to visuals in K-Pop, there is no denying that every idol has their own unique charms that make them stand out. In particular, one girl group that has always been praised for their effortless visuals is girl group TWICE.
Since debuting, the members have stolen hearts with their beautiful visuals, undeniable talent, and shining charisma.
Members of TWICE | @JYPETWICE/ Twitter
Even though they’re all gorgeous, one member, in particular, has always been seen as one of the true visuals in the entire industry, and that is member Tzuyu! For many fans, she has the visuals of a true Princess with natural and flawless visuals that are just breathtaking…
TWICE’s Tzuyu | @twicetagram/ Instagram
| @twicetagram/ Instagram
Whether she’s on the stage…
Your browser does not support video.
Or playing archery, she always looks like a true beauty!

Recently, netizens have noticed that a rookie girl group member who is set to debut in the next few months has an uncanny resemblance to the TWICE member, and it is from the upcoming JYP Entertainment group NMIXX.
One of those members revealed was none other than Sullyoon, who is known as the “Monster Rookie” trainee. She passed auditions for TS Entertainment, Fantagio and trained for Woollim Entertainment, but she was also accepted by the “Big 3” K-Pop agencies.
NMIXX’s Sullyoon | JYPn/ Youtube
| JYP Entertainment
Alongside her amazing resume, netizens couldn’t help but notice her stunning visuals that shone during her performance video.
Your browser does not support video.| JYPn/ Youtube
In particular, after JYP released official trailers of the members ahead of their debut, netizens noticed that Sullyoon had an uncanny resemblance to Tzuyu in the video.
During her moment to shine, Sullyoon has similar sharp and bold facial features but also a softness to her look. Many also pointed out that her hair looks similar to the style that Tzuyu has had in the past.
Your browser does not support video.| NMIXX/ Youtube
Your browser does not support video.| NMIXX/ Youtube
When the trailer video was released, fans couldn’t stop tweeting about the similarities between the two female idols. Some even thought that she looked like a combination of TWICE members, including Sana.

Considering that it seems like Tzuyu, Sullyoon is also a phenomenal singer and dancer, it definitely shows that JYP knows how to pick future stars. You can read more about Sullyoon below.
Meet JYPn’s Newest Member, Sullyoon, The Trainee Accepted By The “Big 3” K-Pop Companies