Meet Park Solomon, The Handsome Breakout Star From Netflix’s New K-Drama “All Of Us Are Dead” : Entertainment Daily 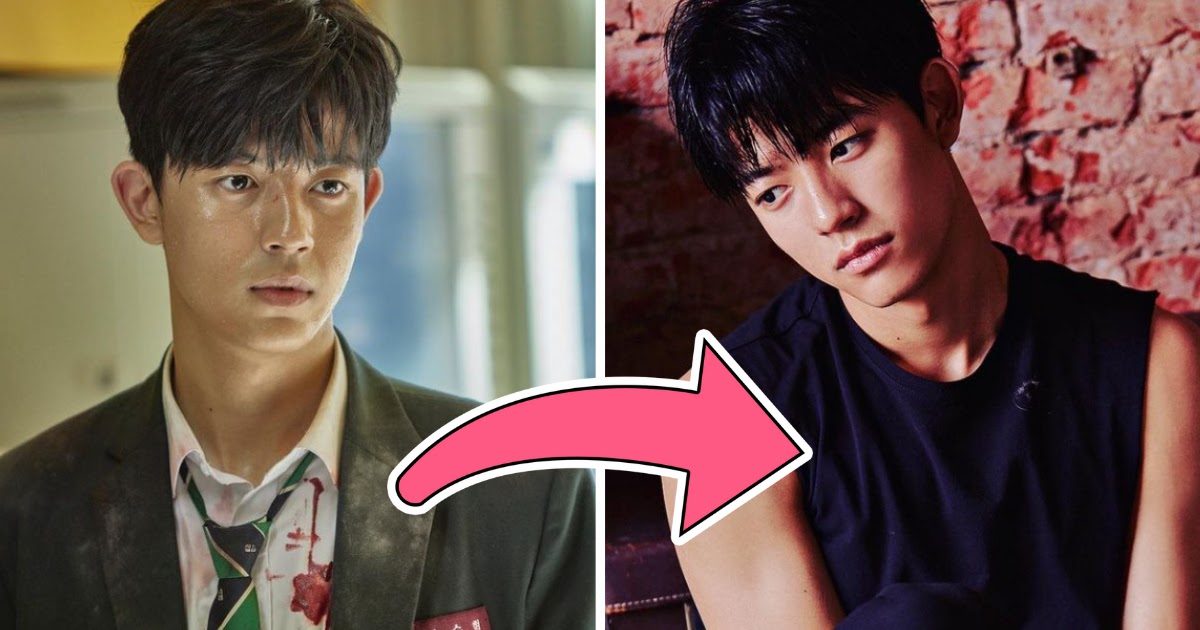 Each month, it seems like a new Netflix K-Drama dominates the worldwide rankings, with global viewers falling in love with them at an unprecedented rate. It started with Squid Game, My Name, and the reality series Single’s Inferno.
The latest K-Drama that caught fans’ attention is the zombie teen flick All Of Us Are Dead.
“All Of Us Are Dead” Poster | Netflix
The series follows a group of students who are battling with the people closest to them to survive after many of them become zombies. Without any resources, the surviving students have to find any way to stay protected because if they don’t, they will become part of the horde.
“All Of Us Are Dead” cast | Netflix
Due to their age, a lot of the cast is fairly new to netizens. They have been thrust into the spotlight due to the show’s rising popularity.
One of those netizens can’t get enough of is Park Solomon, who plays Lee Soo Hyuk. Now, everyone wants to know about one of the show’s breakout stars.
Your browser does not support video.Park Solomon | Netflix
Your browser does not support video.| Netflix
Born in Uzbekistan in 1999, Solomon moved to Korea in the 5th grade and currently goes by the stage name Lomon.

Netizens will also be surprised to know that Park Solomon has a lot of experience in acting and actually made his debut in 2014’s K-dramas Bride of the Century and 4 Legendary Witches
After that, he starred in hit Korean dramas such as the popular character Ji Hoon in the high school drama Sweet Revenge and has also starred in Chinese dramas, proving his versatility and ability to adapt to different surroundings.
Park Solomon in “Sweet Revenge”
It isn’t surprising to see how talented he is considering his school. According to sources, Park Solomon studied at the Apgujeong High School. It has been referred to as the “Beverly Hills of Korea.”
This is because the school has educated the likes of Hyun Bin, TWICE’s Nayeon, and SF9’s Zuho. In particular, many explained he was taught by Ahn Hyuk M, who helped the likes of Girls’ Generation, Super Junior‘s Siwon, and Song Joong Ki.
| @lomon991111/ Instagram
Of course, his talent is catching the attention of netizens, but so are his visuals. Park Solomon has shared some swoon-worthy images of himself on his personal Instagram, which radiate boyfriend vibes.
| @lomon991111/ Instagram
| @lomon991111/ Instagram
But also clips that show he loves to exercise, and at 1.83m, it proves why he has such an amazing physique and visuals that have been compared to idols!

| @lomon991111/ Instagram
Of course, when the series started gaining attention, netizens couldn’t stop fangirling about one of the rising stars in K-Dramas.

Can’t stop thinking about Park Solomon (Suhyeok of All Of Us Are Dead) 😫🖤 pic.twitter.com/CWhqazkklL
— kdrama tweets (@iconickdramas) January 29, 2022

With the show’s popularity increasing by the day, it won’t be long before these upcoming actors see fame similar to those from Squid Game. Yet, they all have great careers ahead of them, considering their young age, and it will be a joy to watch them blossom.
You can read more about the rising stars of All Of Us Are Dead below.
“All Of Us Are Dead” Actress Park Ji Hoo Wows Fans With Her Doll-Like Visuals In Latest Vogue Pictorial