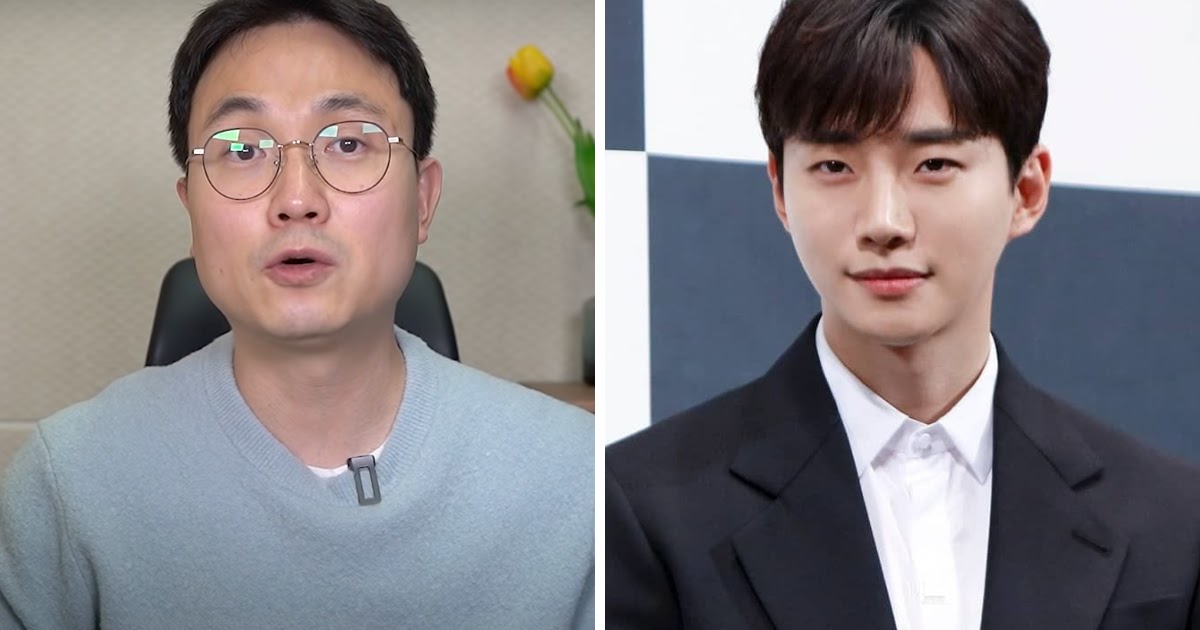 2PM‘s Junho has been enjoying his recent second wave of popularity, as the idol-turned-actor relishes in his newfound success. And just like any other successful star, reporters have sought to dig up dirt on the actor—but they were met with extreme failure due to Junho’s deeply rooted kind nature.
2PM’s Lee Junho.
Korean entertainment reporter Lee Jin Ho of 연예 뒤통령이진호 recently uploaded a YouTube video explaining just how kind the 2PM member with a variety of stories. The reporter kickstarted his video by revealing he had contacted reporter Lee Hyun Ah with The Daily Sports to hear more about her experiences with Junho. Upon his investigation, it was unanimously concluded that the actor was truly a wonderful human being.
He started off the interview with Lee Hyun Ah by revealing he had read her interview regarding Junho and the 80 handwritten letters he wrote for reporters. He asked The Daily Sports reporter for more details regarding the letters.
Reporter Lee Jin Ho (left) from “연예 뒤통령이진호” | YouTube

Lee Jin Ho: “I saw your article about Lee Junho’s 80 handwritten letters that he wrote personally for the reporters. Could you explain how that came to be?”Lee Hyun Ah: “Sure thing. Lee Junho-sshi has been experiencing a lot of popularity with his recent drama appearances. Due to this, there have been a lot of positive articles about him. In addition to that, many reporters have reached out to him with requests to do individual interviews with him.”
Lee Hyun Ah from The Daily Sports continued with her story by sharing why she believed Junho personally wrote letters for each reporter.
| @연예 뒤통령이진호/YouTube
From Lee Junho’s perspective, he was grateful that these reporters would share their precious time with him. He believed that the positive articles about him had a good influence on his drama’s viewership ratings as well. I think because of these factors, he wrote the letters out of a grateful heart and also as a New Year’s greeting.
— The Daily Sports reporter Lee Hyun Ah
The Daily Sports reporter further shared details from her personal experience working with and interviewing Junho. Lee Hyun Ah revealed that for her particular interview, she turned on her camera and concluded a virtual face-to-face meeting due to her seniority and previous experience working with the 2PM member. She shared this particular detail because according to the reporter, many others would only conduct the interview with audio and no video feature.
Photo of Junho’s handwritten letter to Reporter Lee Hyun Ah | @연예 뒤통령이진호/YouTube
On a photo card of himself, he wrote each individual reporter’s name along with his signature. He also remembered a personal characteristic of each reporter and included it into his letter with his team.
For mine, he wrote, ‘thank you for sharing your precious time with me. I received a lot of strength from you and our face-to-face interview. Thank you for showing me your face.’
— Lee Hyun Ah
The reporter shared even more amazing details about the idol-turned-actor, including his strong identity as a 2PM member despite his popularity and other idol-turned-actors’ attempts to “hide their idol identity.”
| @연예 뒤통령이진호/YouTube

Lee Jin Ho: “Usually with idol-turned-actors, they try to hide their ‘idol’ identity, but with Lee Junho, he repeatedly introduced himself as ‘2PM’s Lee Junho’ and he received a lot of attention for it.”Lee Hyun Ah: “Yeah he did. It seems like he really didn’t want to lose his identity. 2PM is still an existing group and he’s still a member of the group. In addition to that, Lee Junho earned the title ‘My House Junho’ during his promotions with 2PM and became an icon of sudden viral success. Because of all this, I think he has a special connection to his identity as a 2PM member.”
Lee Junho.
Wow, Lee Junho seems like such a stellar guy! You can watch the entire video of the two reporters raving about the 2PM member down below.