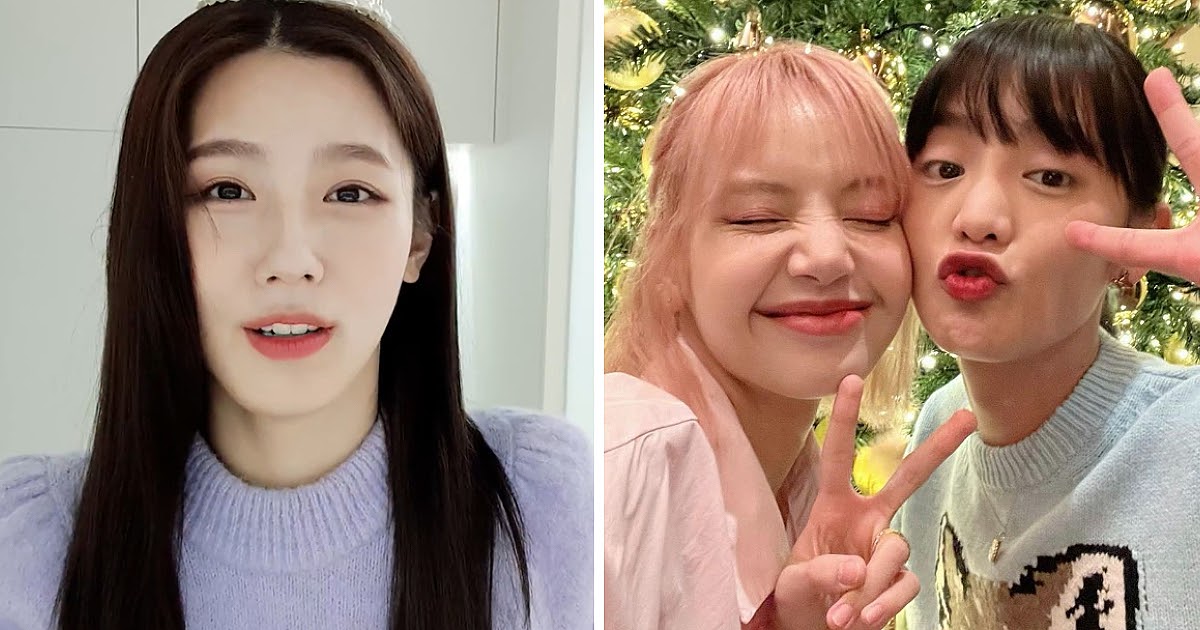 As much as netizens like to claim that K-Pop idols compete with each other, they couldn’t be further from the truth. In reality, idols love interacting with each other, with many knowing each other for years before debuting in different groups, and fans love to see it.
In particular, two friendships that are #goals is between none other than BLACKPINK‘s Lisa and (G)I-DLE‘s Minnie, whose friendship supposedly goes back to when they were trainees together…
(G)I-DLE’s Minnie (left) and BLACKPINK’s Lisa (right)
And another member of (G)I-DLE, which is member Miyeon. The duo also trained together, and there were even rumors that Miyeon was meant to debut with BLACKPINK.
BLACKPINK’s Lisa (left) with (G)I-DLE’s Miyeon (right)
Recently, these two friendships collided as Miyeon celebrated her birthday on January 31. As expected from idols, Miyeon held a live broadcast with fans so that they could celebrate the special occasion together.
Your browser does not support video.| (G)I-DLE/ VLIVE
Yet, although fans loved watching the whole broadcast, one moment recently caught the attention of netizens, and it was when Miyeon was sharing some of the gifts the members had given her. In particular, one stood out as Miyeon held up a beautiful, cream Yves Saint Laurent bag.
Your browser does not support video.
Fans were in awe of the stunning piece and were even more excited when Miyeon revealed that it was bought for her by both member Minnie and BLACKPINK’s Lisa as a joint gift, and she added how thankful she was towards her friends for the present.
Your browser does not support video.| (G)I-DLE/ VLIVE
Of course, once netizens found out about this, they couldn’t stop gushing about the friendship between the three idols. For them, it was true proof that no matter what allegedly happens in the industry, idols can be besties with each other.

There is no denying just how beautiful the bag is, and unsurprisingly, it has a designer price to match. The bag is intricately designed and costs ₩2.59 million KRW (about $2,150 USD).
| Yves Saint Laurent
It isn’t the first time Lisa has gained attention for the gifts she’s given to her friends. In 2020, Minnie showed off an adorable phone case that Lisa had bought her.
Your browser does not support video.| (G)I-DLE/ VLIVE
Also, earlier in the month, Stray Kids‘ Bang Chan shared that he’d actually been given his hoody by someone “Pretty Savage” as a late birthday present and people knew he meant Lisa.
Your browser does not support video.| Stray Kids/ VLIVE
There is no denying that netizens love seeing idols gift each other things, and considering Minnie and Lisa bought it together, it isn’t surprising that it meant a lot to Miyeon.
You can read more about their iconic friendship below.