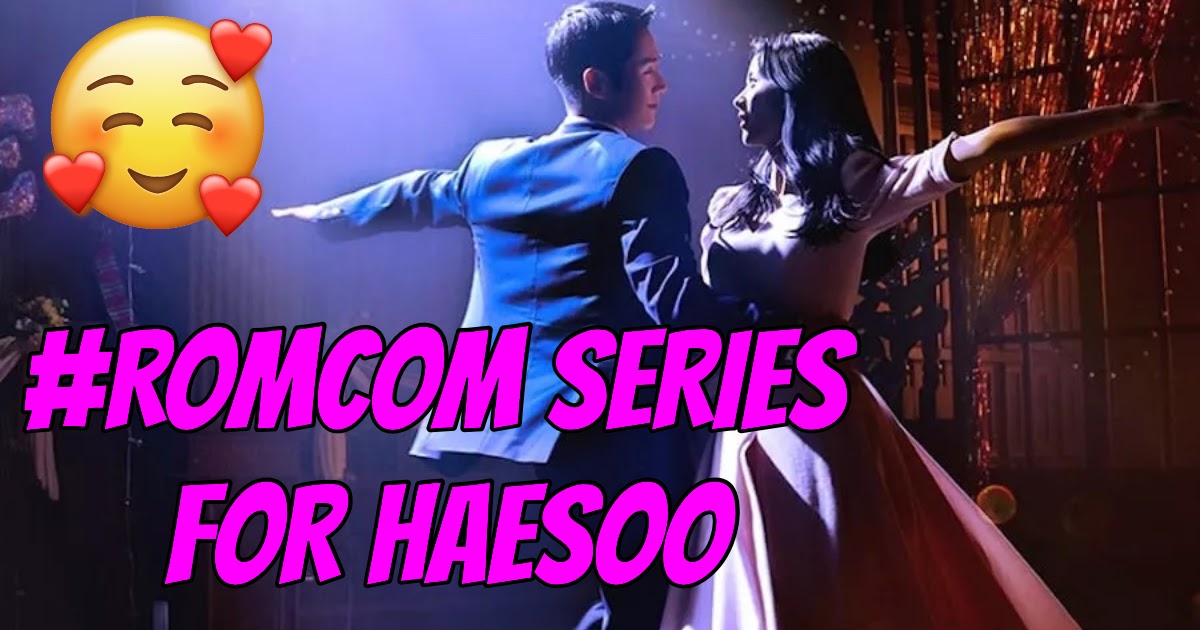 It’s no secret that viewers of the recent popular K-Drama Snowdrop loved the chemistry between BLACKPINK‘s Jisoo and actor Jung Hae In.
Although it was Jisoo’s acting debut, the two brought immense professionalism to the set and captivated viewers every week with their synergy and portrayal of the emotional storylines.
Jung Hae In and BLACKPINK’s Jisoo | @holyhaein/Instagram
Fans got to see the professionalism through numerous videos of behind-the-scenes footage. Including the iconic kiss scene. A scene that even had BLACKPINK’s Lisa excited, jokingly teasing her member and calling her Kisoo.

Although the passionate kiss left viewers speechless, behind-the-scenes of the filming, fans got to see both Jisoo and Hae In’s goofy friendship, laughing and joking around with each other.
| @JTBC Drama/YouTube
As well as how diligently they tried to map out every movement in the scene, taking notes from the director to try and make the kiss as romantic as possible.
| @JTBC Drama/YouTube
Viewers were also captivated by the actual friendship between the two actors.
They loved all their interactions on social media, specifically Instagram.
| @holyhaein/Instagram
As well as small moments in interviews, like when Hae In proved his status as a BLACKPINK fan.
Jisoo even recently came to support Hae In on the set of his latest movie, Connect, showing the bond between the two.
| @holyhaein/Instagram
But despite the love for the chemistry between the two, Jisoo and Hae In had warned fans from the beginning that they weren’t in for a happy ending.
The episode’s finale, which, spoiler alert, left fans feeling more than slightly emotional, also showed off their acting range. Since Jisoo and Hae In both were able to so profoundly harness the emotions of their characters that the fans felt so deeply.
| @sooyaaa__/Instagram
Which understandably left fans hoping that a happy ending would have been possible for their characters.
This is definitely one of the main reasons fans of the show have taken to Twitter to trend “ROMCOM SERIES FOR HAESOO.”

Of course, “Haesoo” is a ship name made up of Hae In and Jisoo’s names, and viewers are hoping for a romantic comedy between the two, so they can continue not only to show off their undeniable chemistry but their playful banter.

ROMCOM SERIES FOR HAESOO
We want their chemistry to be used to its full potential! pic.twitter.com/k4a53SHbCf
— HAESOO OFFICIAL ❄️ SNOWDROP (@haesoo_official) February 1, 2022

And so the actors, of course, can have their characters have the happy ending that they deserve.

NO ONE CAN DEFEAT THEIR CHEMISTRY, GIVE THEM ANOTHER DRAMA
ROMCOM SERIES FOR HAESOO pic.twitter.com/LXMNCt6zMp
— samantha (@mariasamanthn) February 1, 2022

Although fans apparently did not plan to trend “ROMCOM SERIES FOR HAESOO.”

I love how something so random and unplanned is like trending #10 worldwide….. These are withdrawal symptoms…..😭😭😭😭
ROMCOM SERIES FOR HAESOO pic.twitter.com/6TNqGAsXGx
— Jis∞youngro (@Jisoosooya7) February 1, 2022

As one Twitter user points out, it’s impossible not to understand the reason behind the trend. Since the two actors so easily got everyone invested in their characters’ relationship.

Some also want to see more chemistry between the actors themselves, already missing their Instagram posts of each other.

While others feel it is a waste to not popularize on the success of the show and the interest of fans.

this is so magical, they deserve another series together but this time it’s a rom-com drama. just look at this material! the world demands for it 🤍
ROMCOM SERIES FOR HAESOOpic.twitter.com/onns7guEI6
— doyoung day! (@Iordjisoos) February 1, 2022

But as another Twitter user points out, the point of the trend isn’t even to really to achieve getting another series for the two since they can’t be sure that this will achieve anything. But fans can be confident that Jisoo and Hae In will see how much Snowdrop was loved and how grateful they are for all their hard work.

it’s not about whether or not this’ll accomplish something, but at least we get to show them how much we loved their partnership and assure them that they did a great job!!! 🙂
AND THIS IS HELPING THE ENDING HEARTBREAK TOO SO WIN-WIN HEHEHE <3
ROMCOM SERIES FOR HAESOO pic.twitter.com/CF11jmMxoD
— chia 🐰🦔❄ (@haesoofeels) February 1, 2022