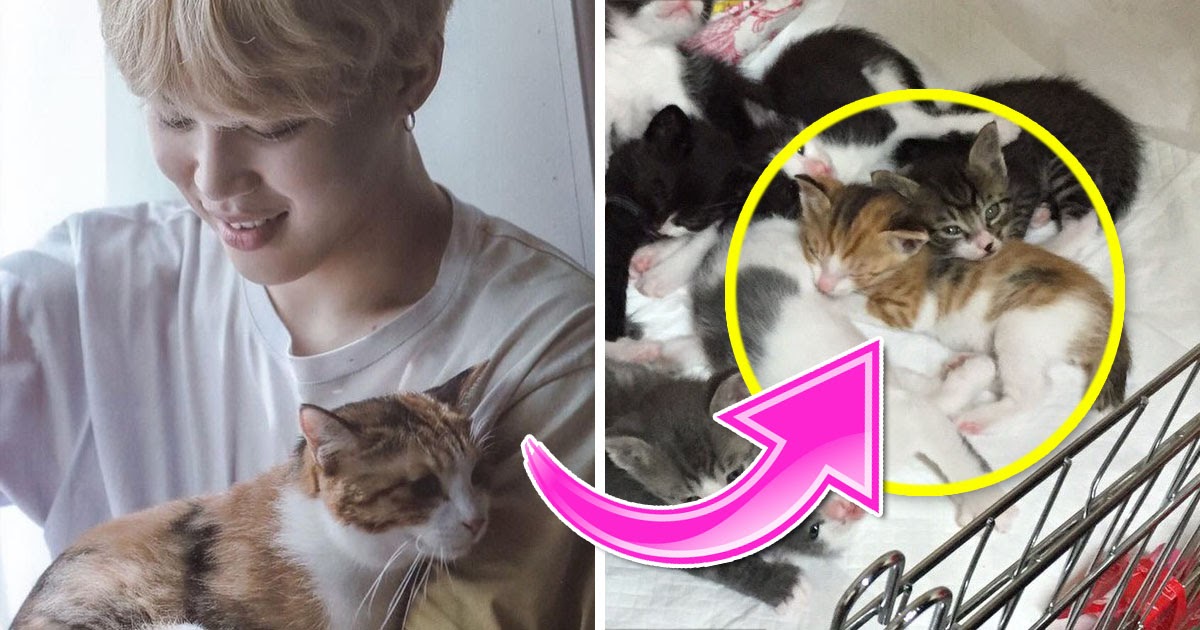 An old friend is wishing BTS‘s Jimin a speedy recovery.
Jimin and Curry the calico cat filming “Serendipity” MV in 2017.
On January 30, Jimin admitted himself to a hospital after experiencing sudden abdominal pain and a mild sore throat. He was diagnosed with acute appendicitis and tested positive for COVID-19. After undergoing abdominal surgery the next day, Jimin is now resting.
Among the millions of fans wishing Jimin well is a calico cat named Curry. This pretty kitty co-starred with Jimin in BTS’s 2017 comeback trailer, “Serendipity” MV.
| @bbodong23/Naver Blog
Curry is a star now, but she had a rough start in life. Her owner, @bbodong23, shared Curry’s backstory online, as well as precious behind-the-scenes memories from the “Serendipity” set.
| HYBE Labels/YouTube
Curry was the ninth of ten kittens born to a stray cat named Soosoo, who was found digging through the trash. Two of Soosoo’s kittens did not survive, and Curry, the only calico cat in the litter, almost didn’t make it either.
Soosoo and her kittens. | @bbodong23/Naver Blog
Thankfully, this once weak kitten recovered and went on to become a beloved pet.
| @bbodong23/Naver Blog
According to @bbodong23, Jimin went the extra mile to bond with Curry on set. The staff expressed concern, worried that the nervous kitty might scratch Jimin, but he didn’t mind. Jimin took the risk and put in the time, turning the filming of “Serendipity” into a precious memory for Curry’s owner.
| @bbodong23/Naver Blog
“Get well soon, uncle,” @bbodong23 wrote on behalf of Curry. They will never forget his kindness.