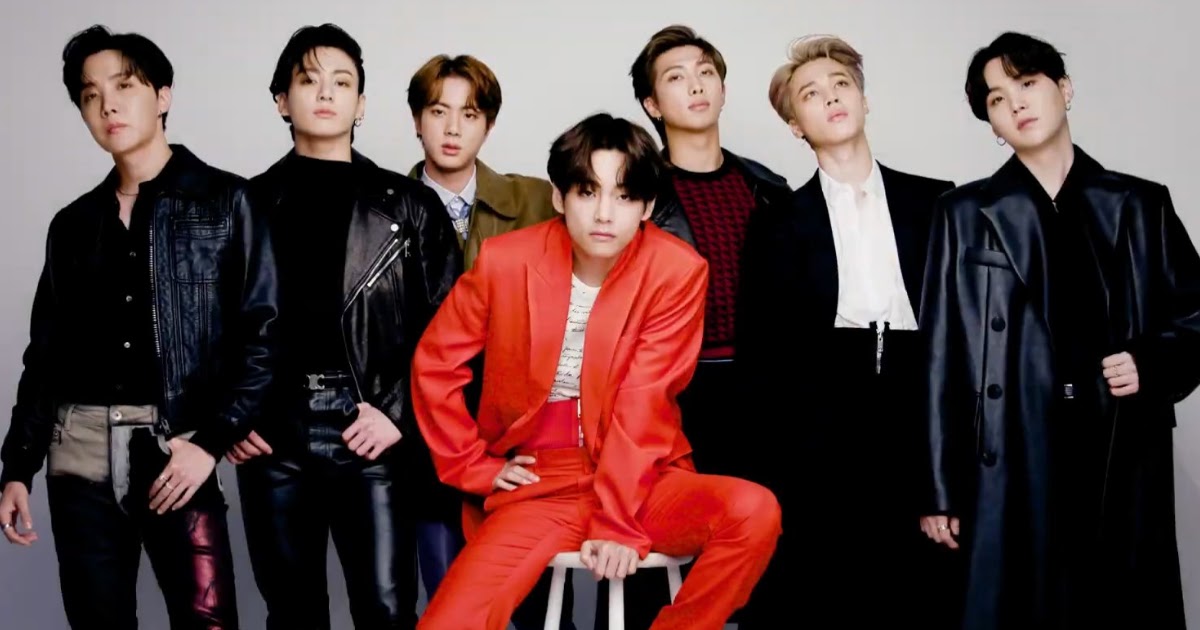 BTS‘s V is known for his chic and classy fashion style that causes him to stand out from the other members. Here are 10 hilarious times he didn’t get the “dress to match the rest” memo!
1. He missed the “casual” memo.
Every occasion is the perfect occasion for V to wear a tie!
| @BTS_twt/Twitter
2. There’s truly no thing as “too dressy” for him.
Wearing a full suit to a dance practice video, he lives every moment in style!
| @BTS_twt/Twitter
3. Even in photocards, he still goes above and beyond.
V without a suit is like an artist without his paintbrush.

4. He was the only only one who boldly stood out in red during the D-ICON photoshoot.
He makes a great center!
| DICON
5. BTS decided all to wear caps at the airport…and not tell V.
Apparently, V didn’t get the memo about the cold weather, either!

6. He was the only one to rock a neon orange suit during “Butter” era.
It brought just enough pizazz!
| @BTS_bighit/Twitter
7. He decided to dress as a Squid Game soldier during the encore of their concert.
Everyone else rocked some “Permission to Dance” merchandise.
| @BTS_bighit/Twitter
8. He definitely missed the black pants memo.
He just can’t blend in.
| Naver
9. Everyone wore black shoes except for V.
Once you see his bright white feet floating in the black space, you can’t unsee them!
| @BTS_bighit/Twitter
10. Bonus: Let’s all smile and not tell V.
He opted for a model expression over a cutesy smile!
| @BTS_bighit/Twitter