Netflix K-Drama “All Of Us Are Dead” Continues To Top Worldwide Ranking, Following Its Record-Breaking Premiere : Entertainment Daily 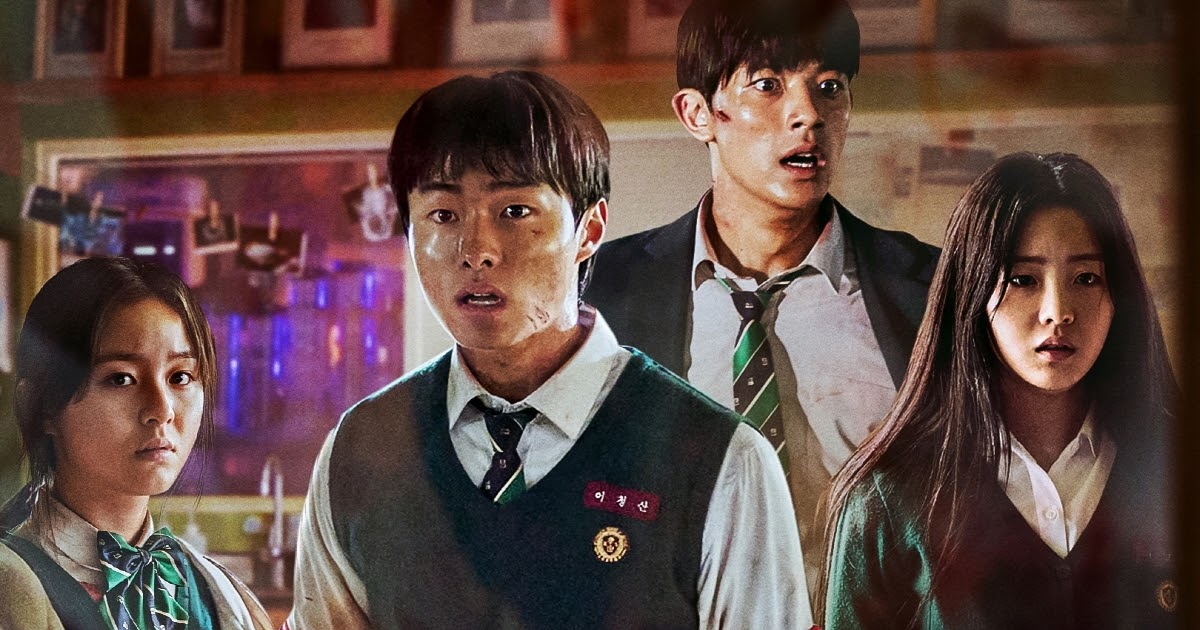 On January 28, 2022, a webtoon-based K-Drama All of Us Are Dead premiered on Netflix, as the “Top TV Show” according to FlixPatrol!
| Netflix
While FlixPatrol is “not associated with the streaming platforms,” the “Top TV Show” rankings come “based on the popularity ranking coming directly from” Netflix. And according to FlixPatrol’s January 29 data, All of Us Are Dead has not only placed itself #1 on the chart but also broken previous K-Drama records!
| Netflix
All of Us Are Dead premiered with 679 points, which is the highest in all of Netflix K-Drama premieres. In comparison, the 2021 blockbuster Hellbound premiered at 634 while Squid Game had an even more humble beginning at 231 points.
| FlixPatrol
On January 30, the ranking points for All of Us Are Dead have soared to 803—maintaining its “Top 10” status on the global streaming platform. This makes All of Us Are Dead the fifth Korean content to take #1 worldwide, after #Alive, Space Sweepers, Squid Game, and Hellbound.
| FlixPatrol
In an exclusive interview with E Daily, All of Us Are Dead director Lee Jae Kyoo thanked the audience, the cast, and the staff for the love and support.
| Netflix
It’s unbelievable how much love and support the show has been getting worldwide and I’m so grateful. I know this will mean a lot to the cast and staff who dedicated themselves to making this show happen over the past two years.
The original webtoon artist Joo Dong Geun and I agreed to make All of Us Are Dead as zombie-filled as zombie shows get. I hope the episodes capture that direction we decided to take. There is a bit of pressure being the first show to kick off Netflix’s  streak of Korean contents in 2022. But I had a blast working on this, so I can only hope that the audience can, too, see the passion and effort that went into the production.
— Lee Jae Kyoo
For even more K-Zombies, check out these “7 Must-Watch Shows.”
Here Are The 7 Must-Watch Shows If You Are Into Zombies And K-Dramas
Source: FlixPatrol (1) and (2) and E Daily
Share This Post