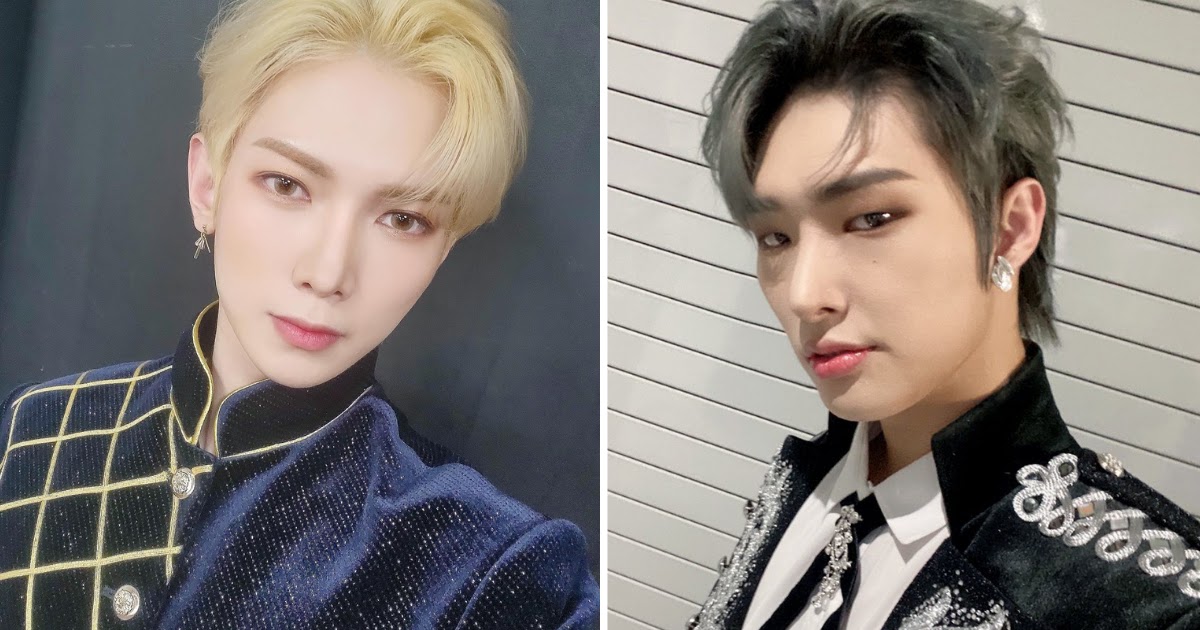 The members of ATEEZ have been extremely busy putting on amazing show after amazing show on their world tour, THE FELLOWSHIP: BEGINNING OF THE END. But some fans are concerned that the intensity of the schedules may be affecting the members’ health.
| @ATEEZofficial/Twitter
This is because there have been some scheduled events that some of the members were forced to miss due to health issues that can be connected to the rigorous demands of being on tour. Mingi had to cancel his appearance at a fansign event due to muscle pain, Yeosang reportedly suffered from dehydration, and Jongho had stomach issues. This has led fans to voice their concern about the stress the members are under…

first mingi not attending fansign cause of muscle painthen yeosang skipping hightouch cause of dehydration …and now jongho skipping a fansign cause of stomach issues:”/ …these schedules are so hectic smh. ateez barely have time to care for themselves …
— ✈︎ (@bluyu_u) January 30, 2022

…and to express their hopes that the members will be able to take care of themselves properly.

i can’t help but feeling worried about ateez’s health every time something bad happens to them. mingi, yeosang and now jongho… i hope he will get better and take a great care of himself 🤧
— 𝐧𝐢𝐧𝐚☁️ 𝐡𝐣 𝐦𝐮𝐬𝐞 (@bya_nina) January 30, 2022

After all, it’s no secret that being on tour can place extreme demands on the mind and body of any artist, and ATEEZ are unlikely to be the exception—particularly because they have been working non-stop for a year now, and not just in regular activities. In addition to more than one comeback (and a Japanese album), they took part in the extremely challenging survival show Kingdom: Legendary War and in Immortal Songs, all while carrying preparing for and promoting their new albums.
| @ateez_official_/Instagram
While it’s exciting to see them on tour, some fans can’t help but feel like the members deserve to rest right now more than anything.

1st mingi, then yeo and now jongho..Ateez really need rest after working for a whole year non stop. Just give them a break for good 2 to 3 months without any behind the scene work like shooting, and preparing album. Just give them a good rest..they deserve it and they need it.
— Milli ⚓︎ (@millitiny) January 30, 2022

The most important priority for ATEEZ and their management should, of course, always be the members’ well-being. Thankfully, none of the members have suffered any major health issues so far during this tour, and hopefully it will stay that way. As ATEEZ continue on the American leg of their tour, fans can only hope that the members will be able to take care of themselves and not suffer too much stress. Good luck to ATEEZ and congratulations on the spectacular achievement that this tour is already shaping up to be!