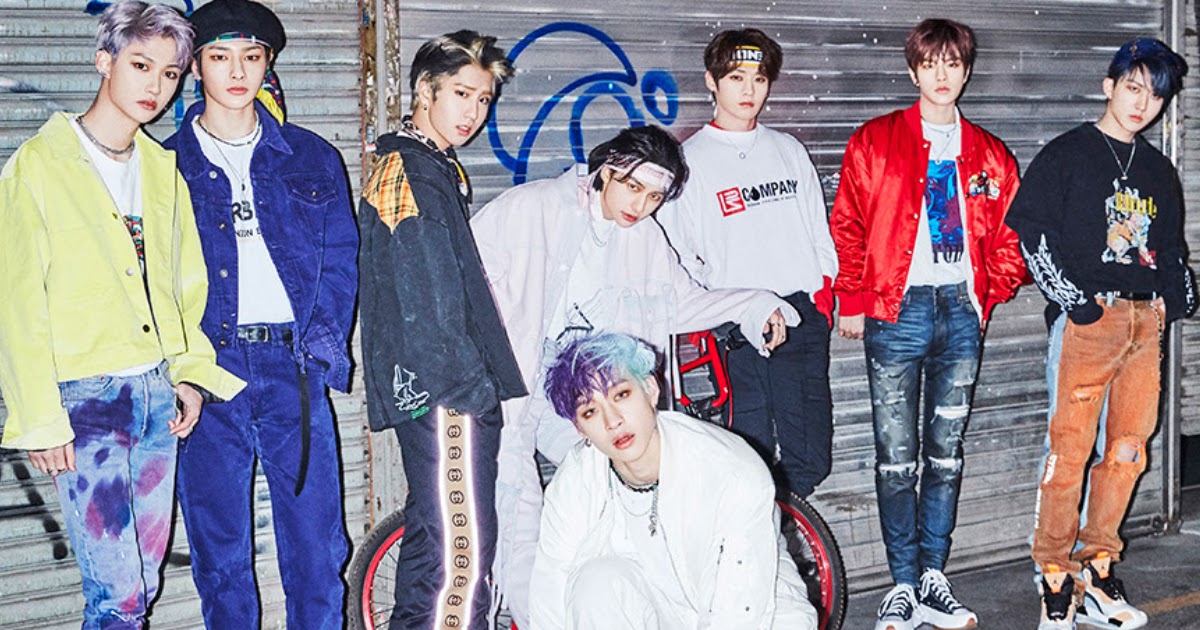 With this new achievement met, fans are remembering their favorite parts of the “God’s Menu” era. Here are four of the most iconic moments, according to fans.
1. Bang Chan’s face chains
“God’s Menu” is home to some of Stray Kids’ most memorable fashion choices. Perhaps the most memorable were the face chains worn by Bang Chan during this era. The Stray Kids’ leader wore a variety of face chain styles throughout promotions for “God’s Menu.” Fans can’t help but gravitate to the look for its uniqueness.
| @MnetMcountdown/Twitter
2. All of the hairstyles
Stray Kids members tried diverse hairstyles during this era, which included various colors and styles. Lee Know rocked orange hair, while Hyunjin sported a long hairstyle. These were just some of the iconic looks.

Fans weren’t the only ones who liked the boys’ hair this era. In a video message, Stray Kids celebrated their performance video for “God’s Menu” hitting 50 million views on the Studio Choom channel. Han couldn’t help but point out that his favorite part included Hyunjin’s hair during the “dudududu” part, adding that the hair swing looked “very cool.” Fans liked Hyunjin’s long hair just as much.
Your browser does not support video.
3. Felix’s “cookin’ like a chef I’m a 5 Star Michelin” line
Fans agree that Felix had one of the most unforgettable lines in “God’s Menu.” With lyrics written by Stray Kids’ very own sub-unit 3RACHA, made up by Bang Chan, Changbin, and Han, it was sure to become a hit. Felix hooked fans and non-fans alike with his deep voice.
Your browser does not support video.
4. The Choreography
Stray Kids stand out among groups for their interesting, yet difficult choreography. “God’s Menu” is no exception. With an eye-catching point dance and energy throughout, Stray Kids manage to combine hard hitting moves with smooth choreography.
Your browser does not support video.
With so many iconic features associated with the era, there is no doubt that fans will be waiting to once again think back to all of the fond memories when “God’s Menu” hits its next milestone.
Watch the full music video here!